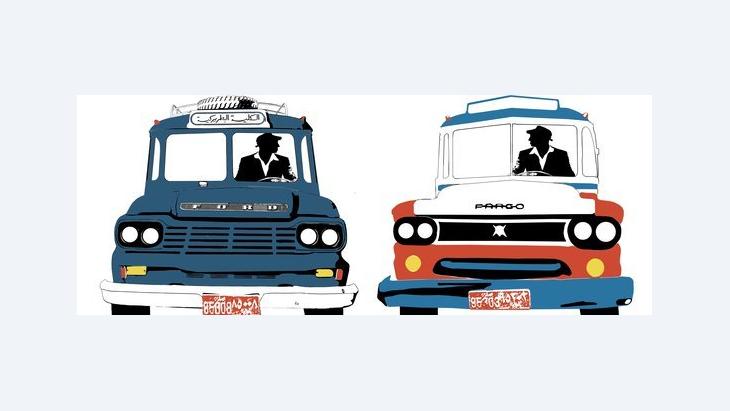 Exhibits at "The Hangar" gallery in Beirut attempt to grapple with the history of Lebanon, and are thereby helping to process the collective trauma of the Lebanese people. Kersten Knipp went to take a look

It all depends on the traffic, how long it takes to get from the shiny facades of the northern stretch of coast to Haret Hreik, the densely populated neighbourhood in the south of the city mostly inhabited by Shiites. Should the close-knit columns of cars start to flow more freely through the city – something that is rarely the case – then you can be in Haret Hreik in just a few minutes. In contrast to the northern parts of town, where million-dollar property ventures signalise the dawn of a new age, Haret Hreik still bears scars of the past.

You can still see them, the deep craters torn into the ground by Israeli bombers during the 2006 Lebanese War, reducing entire streets to rubble and ash. The neighbourhoods have been rebuilt, with new brightly coloured blocks towering 10 to 15 storeys up. 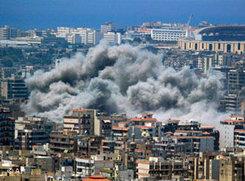 During the 2006 Lebanese War, the Israeli Air Force reduced entire streets to rubble and ash. Today, the Hezbollah-dominated quarter of Beirut is also home to the "Hangar" gallery

​​Haret Hreik is also home to "The Hangar", one of the city's most ambitious gallery projects. Originally a huge hangar providing catering services for the nearby international airport, these days it accommodates the eponymous gallery.

"The Hangar" was founded by "UMAM Documentation and Research", a local NGO devoted to investigation of Lebanese history – a history largely overshadowed by violent events that attained its negative high point in the Lebanese civil war of 1975–1990. In view of the politically motivated murders that have taken place since, the most high-profile victim being the former Prime Minister Rafik al Hariri in 2005, this civil war cannot yet be regarded as a closed chapter in Lebanon's history.

The war has also brought about many other changes – in Haret Hreit itself, explains Monika Borgmann. The German national, one of the directors of UMAM, has been living in Beirut for 10 years. Before the civil war, she explains, most of the residents of the neighbourhood were Christians, around 70 percent. The remainder were mostly Shiites. But after the war, it was the other way round.

The past mirrored in art

"The Hangar" approaches this dramatic past using both artistic and scientific means. A huge archive has been built up over the years, and now acts as a fundament for the creation of new works – for example documentary films. "If we plan a documentary film about a massacre that happened during the civil war, then of course the Lebanese people are going to be very moved by this," explains Amanda Abi Khalil, artistic director of "The Hangar".

But people don't just come to see any old film, but rather to glean information and discover a bit more of the historical truth, says Khalil. A little sideswipe at the Lebanese amnesty law of 1991, which helped to pacify the nation but also meant that the war and its associated crimes were for the most part simply swept under the carpet. 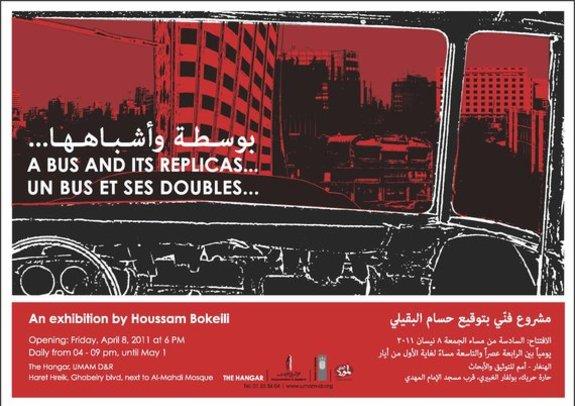 What can be learned from the past, how can violence be avoided in future? – Only artists whose work has a connection with Lebanon and its war-torn history are allowed to show at the "Hangar" gallery

Much remained unsaid, and much also unatoned for. For a society that had to reconstruct itself from scratch, and whose citizens had to learn to trust each other again, this wasn't entirely beneficial.

At "The Hangar", art endeavours to make up for this failing or at least to complement this process. Only artists whose work has a connection with Lebanon and its history are allowed to show. How did people experience the civil war? How did they cope with their losses, how did they find their way back into the present and above all: What can be learned from the past, how can violence be avoided in future?

These are the key questions posed by the artists in their work. At the same time, and almost in passing, "The Hangar" manages to do something else: It introduces the mainly conservative residents of this neighbourhood – practising Muslims who also demonstrate the distanced attitude of Islam to images – to new, contemporary forms of artistic expression.

For many, a visit to the gallery is their first encounter with contemporary secular art. It helps them to appreciate what service this can perform for modern society, and they also learn to perceive aspects of the world from a new perspective – with the help of the exhibited pieces. A kind of intellectual limbering-up exercise that can only be good for Lebanon's modern, especially multi-cultural society. 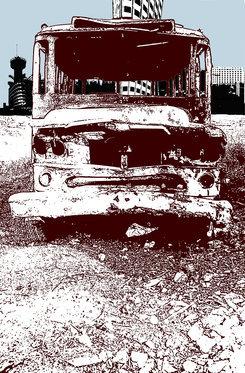 The spark that ignited the flame: Houssam Bokeili managed to track down the bus in which 27 Palestinians were shot on 13 April 1975, the day the Lebanese civil war broke out

​​The artist Houssam Bokeili, who was born in 1966, showed his work in the spring. The exhibition is called "A Bus and Its replicas". The pieces portray buses – school buses that the artist himself rode to school as a child. Back then the buses would ply the streets of Beirut, picking the children up from their homes in the mornings, and bringing them back at midday. An ordered life, its rhythms dictated by the bus timetables. It was like this for a long while – to school in the mornings, and back at midday.

But on 13 April 1975, this daily routine came to an end – for HoussamBokeili, for all his classmates, for all the other school children in Beirut just as for all citizens of the city, and very soon everyone in the entire country.

Another bus was travelling through the streets of the Lebanese capital on that particular day. This bus wasn't carrying school children, but members of the Palestine Liberation Organisation or PLO, which maintained a heavy presence in Beirut at the time. On that day, the PLO had attempted to assassinate the leader of the rival Christian Phalangists. In revenge, gunmen opened fire on the bus – killing 27 Palestinians. The spark that ignited the Lebanese civil war.

HoussamBokeili also managed to track down this bus and exhibit it in the hangar.

He portrayed the loss triggered by the events of 13 April 1975 using the example of the two school buses – the everyday mode of transport that then found an abrupt end. With these buses, the one shot at by the guerrillas and also the vehicle that transported the children to school day in and day out, Bokeili has concentrated the losses of this era into one single symbol.

And exhibition visitors understand that the war didn't just inflict losses on their particular community, but on all Lebanese citizens. A collective, and therefore unifying trauma that forces people to enter into dialogue. That's exactly what "The Hangar" is aiming to do – discreetly and unobtrusively, using art.

Lebanon and Sri Lanka may be a world apart, but they share a history of political turmoil and violence that has led to the collapse of once-prosperous economies bedevilled by ... END_OF_DOCUMENT_TOKEN_TO_BE_REPLACED

With regard to gender justice, things look bleak in the Arab world. Laws typically discriminate against women, while national legislation all too often does not comply with the ... END_OF_DOCUMENT_TOKEN_TO_BE_REPLACED

When times are tough, the exchange of ideas and perspectives becomes especially important. It takes dialogue. And at Deutsche Welle, we need distributors and cooperative partners ... END_OF_DOCUMENT_TOKEN_TO_BE_REPLACED

As the Lebanese economy has collapsed, so has the country's health system. Many medicines have become scarce or unaffordable. Confronted with a failing state, the Lebanese are ... END_OF_DOCUMENT_TOKEN_TO_BE_REPLACED

END_OF_DOCUMENT_TOKEN_TO_BE_REPLACED
Social media
and networks
Subscribe to our
newsletter