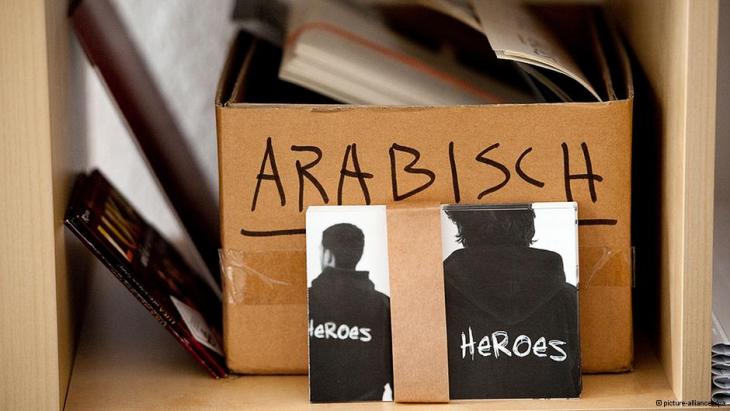 Boys are strong and courageous, while girls are chaste and obedient. The Berlin "Heroes" project wants to get young people with a migrant background to think about the traditional sense of honour found in many Muslim families and reflect on their role in it. By Heiner Kiesel

In the short play being performed for the year 8 students of the Ferdinand Freiligrath School in Berlin, Zeynab, a Turkish girl, has yet to come home. Her father is getting uneasy. "Go take care of it, now!" he orders his son. As expected from the Turkish boy, he jumps up and goes out in search of his sister. The young man in the piece is responsible for making sure that the women in the family behave obediently and maintain their virtue. Anything else would bring shame upon the family.

The 14-year-old Berlin students follow the play with keen interest. Many of them have Turkish or Arab parents or grandparents and know the situation first-hand from their own families. How do they deal with it?

The male actors, Rona Bektas, who plays the sister, and Mert Albayrak, who plays her brother, make the students think about the situation. The two men in their early 20s are members of the Berlin project "Heroes against repression in the name of honour". There are now 35 "heroes" in Berlin and 20 of them are active in the group's workshops.

They visit a number of Berlin schools each month to discuss with young people issues like the concept of honour, male power, identity, equal rights and human rights. These are values that are often interpreted quite differently in traditional Muslim families than in German society at large.

Who is really without honour?

The students are unanimous in the view that "honour" is extremely important. A brother has to make sure that no one says anything bad about his sister, stresses one young man. In the role-playing exercise, Rona and Mert solve the problem peacefully: Zeynab should phone home and come to an agreement with "Baba" as to how long she can stay out. "Think about whether you should force your sister to go with you before you take action," says Rona. Some in the group nod their heads; the rest remain sceptical. 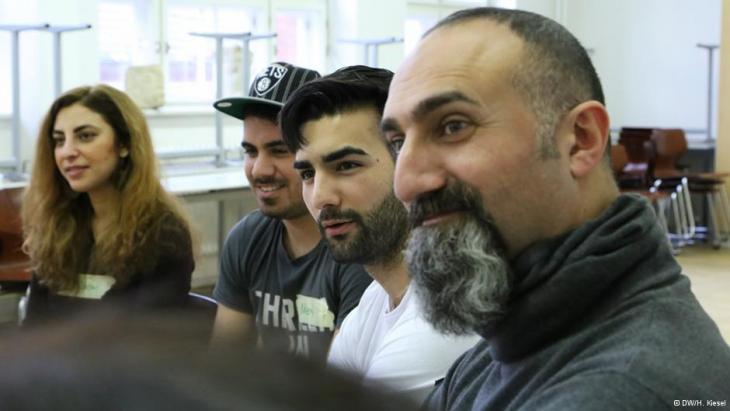 Proud to be "heroes": the members of the Berlin project "Heroes against repression in the name of honour" regularly visit Berlin schools, where they perform role-plays and discuss with young people issues such as honour, male power, identity, equal rights and human rights, which are often viewed differently in traditional Muslim families than in German society at large

The workshop is deliberately designed not to provide any answers. "The students should question their own assumptions and find their own way," says Yilmaz Atmaca, who, seven years ago, was one of the initiators of the "Heroes" project in Berlin. At the time, there were hardly any projects dedicated to the issue of preventing sexual violence in migrant families. Many of these families still adhere to a code of conduct whereby boys feel completely responsible for the family honour and attempt to express this through macho behaviour and even physical force. The project aims to help them learn to critically analyse their own roles.

The seriousness with which the young pupils reflect on their situation is due in no small part to the authenticity of the young men in the "Heroes" project. Mert studies architecture at a private university, but he grew up here in the district. "You just know the kind of pressure these boys are under. And then they can look at us and realise that you can decide things for yourself," he says. "They accept our message when we stand there in front of them, because we look and talk just like them," adds Rona.

The "Heroes" project has left a permanent personal impression on Rona. The 22-year-old now studies psychology. "The work with young people is fun, you need a great deal of empathy and you train yourself in the ability to question everything. This is also what my studies are about." His commitment to "Heroes" also played a positive role in his application for a place on the university course.

"That's only fair," says Mert. "We spend a lot of time with 'Heroes', and it is normal that I include this work in my CV." Before receiving their certificates as "heroes", the two young men both underwent a year of training and immersed themselves in the techniques of role-playing and practiced the art of quick repartee in discussion. There are fixed meetings for "Heroes" members once or twice a week. They talk to experts about issues such as equal rights, women's rights and the gay movement.

Awards for a special project

The idea for the project came from Sweden. In fact, the Berlin project is financed by the World Childhood Foundation founded by Queen Silvia of Sweden. Since its inception, the project has received a number of awards and has expanded throughout Germany. There are now "Heroes" groups in cities such as Munich, Duisburg and Augsburg. "At the start, people said that the project would come to nothing and that we wouldn't reach any of the boys," recalls group leader Yilmaz Atmaca. The opposite was the case.

The "heroes" themselves have also experienced recognition within their own families for their commitment. "Many, however, still fear that the project might be about rejecting the culture of the parents," explains Mert. "I come from a liberal family, and they are very proud of the fact that I am a 'hero'," says Rona.

Home
Print
Newsletter
More on this topic
Website of the "Heroes" project in Berlin (German only)Young Muslims in Germany: Forget, but don't forgetMulticultural classrooms: An opportunity not a problem
Related Topics
Gender, Integration in Germany, Islam in Germany, Muslim women
All Topics

Giessen, Eichsfeld, Kusel, Berlin – cars bearing old German number plates are the latest trend on the streets of Cairo. Many Egyptians regard the discarded plates as chic. What ... END_OF_DOCUMENT_TOKEN_TO_BE_REPLACED

Tunisia has been going through a severe economic and political crisis in recent years. More than one in three young people there are unemployed. For many skilled, qualified and ... END_OF_DOCUMENT_TOKEN_TO_BE_REPLACED

German imams have publicly expressed their solidarity with the women of Afghanistan. In a letter of protest, the clerics say that the Taliban regime's decree barring women from ... END_OF_DOCUMENT_TOKEN_TO_BE_REPLACED

At the end of every year, the team at Qantara.de gives you a run-down of the ten most-read articles on the site over the past 12 months. Here is a quick overview of the stories ... END_OF_DOCUMENT_TOKEN_TO_BE_REPLACED

Social engagement is often motivated by religious factors. A new book explores the background to these community efforts and appraises how effective they are in helping to ... END_OF_DOCUMENT_TOKEN_TO_BE_REPLACED

The government in the Netherlands, one of the last European nations to abolish slavery, has made an historic apology. But some feel that there is still a long way to go. By Ella ... END_OF_DOCUMENT_TOKEN_TO_BE_REPLACED
Author:
Heiner Kiesel
Date:
Mail:
Send via mail

END_OF_DOCUMENT_TOKEN_TO_BE_REPLACED
Social media
and networks
Subscribe to our
newsletter