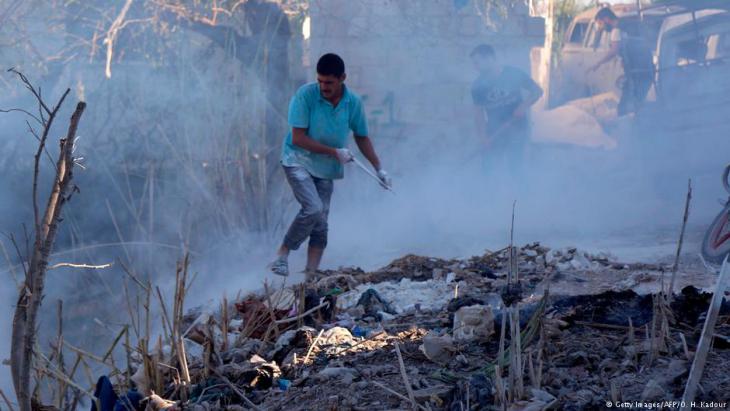 Tahrir al-Sham will not be subdued by the destruction of Idlib over the heads of its inhabitants, or by the sacrifice of millions of civilians. As Russia and Assad tighten the noose, we need to realise that the war on terror cannot be won by outdoing terrorists in the slaughter of civilians, argues Burhan Ghalioun, former SNC chairman

In the wake of the brutal defeats of the extremist Takfiri organisations, the leaders of Daʹesh, Tahrir al-Sham and al-Qaida simultaneously issued a statement declaring that they would continue the sabotage operations that they have been conducting for the past few years in the Arab world.

These violent groups helped to consolidate sectarian rule in Baghdad and this became the pretext for Arab and global public opinion to turn against the popular uprising in Syria and against the movement towards democracy across the Arab region. These groups also played an important role in cultivating fear among the powers that be of any political change or transition in the Middle East.

Similarly, they spread the fear that the internal wars which are tearing populations apart will drag on, just as calls will continue for foreign intervention in the war against terror. The threat they pose to any movement for change or progress, not to mention to the geo-political and demographic map of the region is considerable.

Allies of the Arab anti-revolutionary coalition

Whilst there is no proof that these groups were set up directly by security agencies in different countries, either as a means of justifying their actions or merely with the idea of benefitting from them, no-one can deny that they have served as an ally, legitimately or otherwise, of the anti-revolutionary coalition. They are a dagger in the back of movements for popular and democratic change in the Arab world. 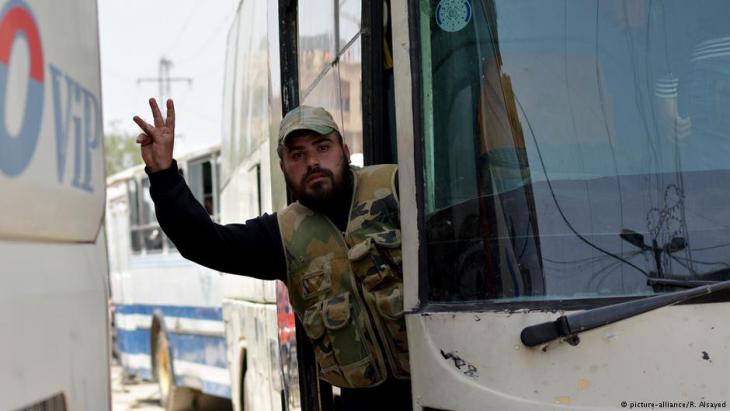 Used as a pretext by West and East to block Arabs on their path to freedom, democracy, peace and progress: "after all the ʹdeadlyʹ attacks the Russians and Americans have launched against them, these terrorist groups are still daring to threaten everyone, because they can see the failure of those states fighting against them to achieve fair and lasting solutions in the region. In Syria, they have been left considerable room for manoeuvre," writes former SNC chairman Burhan Ghalioun

Whether as a result of converging interests in the destruction of existing states, in the instigation of chaos and despair, or because regional and international security agencies have succeeded in penetrating their ranks, this fact changes nothing. For sure, the agencies were in broad agreement with the plans and strategies deployed by these groups to counter revolutionary change.

Neither the Western nor Eastern states are innocent; they both use these groups as a pretext to block Arabs on their path to freedom, democracy, peace and progress. With their imposition of colonial policies, they have showed utter disregard for the interests of nations and peoples; they have supported tyranny, imposed unjust governments and defended them from their blunders and their crimes. A glaring example of this is the Assad government: a poisonous plant that grew and flourished in this fetid swamp.

If these terrorist groups still dare to threaten everyone, after all the "deadly" attacks against them launched by the Russians and the Americans, it is because they can see the failure of the states which claimed to be fighting against them to achieve fair and lasting solutions in the region. And in a Syria which is currently aflame, they have been left considerable room for manoeuvre, to catch their breath and to resume their ongoing war. Indeed, these violent organisations exist in a state of war and feed off it.

Germany’s electorate includes some 7.4 million citizens with international roots, while many more millions of residents from abroad aren’t allowed to vote. Both groups are often ... END_OF_DOCUMENT_TOKEN_TO_BE_REPLACED

"The people aren’t ready for democracy" has been the constitutional basis for Arab tyranny, its favourite slogan and its sacred narrative for more than a century. Yet, asks Khaled ... END_OF_DOCUMENT_TOKEN_TO_BE_REPLACED

Two decades after the attacks of 11 September 2001, the West faces the shattered debris of its failure – not only in Afghanistan, but also in Iraq, Syria, Libya and Yemen. What ... END_OF_DOCUMENT_TOKEN_TO_BE_REPLACED

They have lost everything; they are deeply traumatised – and yet they refuse to give up hope. In “The Beekeeper of Aleppo“, bestselling author Christy Lefteri focuses on the ... END_OF_DOCUMENT_TOKEN_TO_BE_REPLACED

The disappearance of Razan Zeitouneh and her colleagues has been one of the greatest mysteries of the Syrian war – until today. DW's investigative unit hunted clues across six ... END_OF_DOCUMENT_TOKEN_TO_BE_REPLACED

How can the various realities of Kurdish life, shaped by depression, resistance and war, be depicted in art? This is the question addressed by the “bê welat – the unexpected ... END_OF_DOCUMENT_TOKEN_TO_BE_REPLACED
Author:
Burhan Ghalioun
Date:
Mail:
Send via mail

END_OF_DOCUMENT_TOKEN_TO_BE_REPLACED
Social media
and networks
Subscribe to our
newsletter