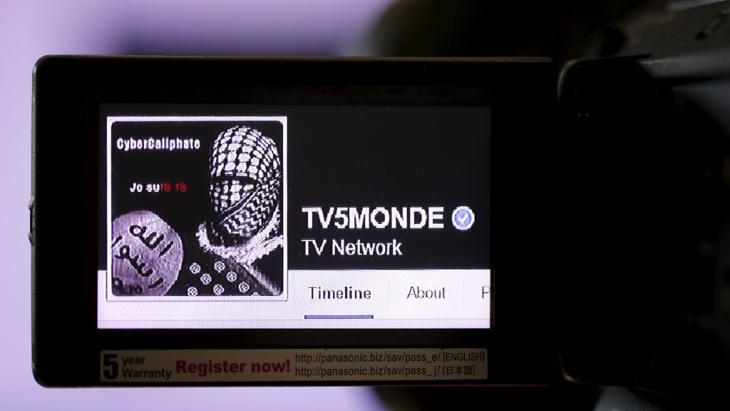 The image policy of IS
Terror in the spotlight

In this essay, Felix Koltermann takes a closer look at the image policy of IS and how media and politicians around the world have reacted to it. He argues that in spite of the horror of the images being disseminated by IS, it is important not to fall into the rhetoric of a war of images, because the goal of such a rhetoric is to take pictorial acts as a justification for military action

Over the past year, hardly any journalistic medium – whether daily newspaper, online news portal or television channel – has decided not to run images from the group calling itself "Islamic State" (IS). These pictures were combined with the rhetoric of a supposed "image war", which was triggered above all by the beheading videos disseminated by IS.

This raises the question as to how great the significance of these images actually is, where they unleash their actual potency and how they link up with political decisions on whether to mount a political or military intervention in the region or to refrain from doing so.

Most of the images that reach us via IS are part of a classic war propaganda campaign and were produced by IS itself. Many of the pictures show events that have been staged, from beheadings on camera to the steamrollering of the border fortification between Iraq and Syria. These are so-called "image operations". They are "pictorial acts" that are part of a well-planned PR campaign that utilises the most modern means and focuses on new communication channels such as social media. 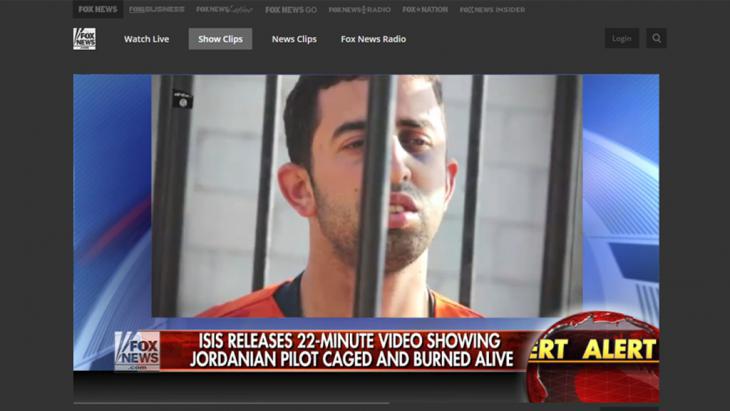 Still from a Fox News report on the IS video that showed the Jordanian pilot Moaz al-Kasasbeh being burned alive "These pictorial acts have a double impact: on the one hand, they are aimed at the enemy, to parade IS's alleged victory in front of them and fuel fear; on the other, they are aimed at IS's own followers and are intended as a show of strength," writes Felix Koltermann

Pictorial acts with a double impact

These pictorial acts have a double impact: on the one hand, they are aimed at the enemy and seek to showcase IS's alleged victory and fuel fear; on the other, they are aimed at IS's own followers and are intended as a show of strength. They therefore function as a recruitment tool. The supposedly new quality of these images lies in their brutality and force. However, this kind of image policy in itself is by no means a new phenomenon.

Many media organisations have trouble illustrating what is happening in the regions controlled by IS, since independent journalists have almost no access to these regions and are putting their lives at risk by going there. For this reason, German daily papers are relying on IS's PR images to illustrate articles on current events or to provide visuals for background stories.

The problematic aspect here is that the PR pictures they use are often not contextualised as such. The fact that images from IS are so prevalent in our media, however, has less to do with the actual relevance of the events they document than with the short-termist, topical thinking of the mass media, and with an anti-Islamic discourse for which the Islamist propaganda pictures are a perfect fit.

Let's not fool ourselves: these images have a function: they serve to underpin the image of Islam as a supposedly violent religion juxtaposed with the image of the secular Kurds fighting for the liberation of Kobani. Pictures of the day-to-day experience of war in Syria don't stand a chance against them.

Every execution of a Western hostage in IS captivity becomes a news event that is not only splashed all over the front pages, but also quickly leads to a meta-discussion about images and war and to the labelling of the others as "barbarians". A significant feature of this phenomenon is that many Western media consumers have not seen the actual beheading videos, which usually vanish again as quickly as they appear.

The spectre of the Islamic threat that suddenly appears on the horizon is partly the fault of short-sighted media reporting on the region and partly that of the (geo-)political interests of IS's opponents. Those who portray IS as an irrational, powerfully pictorial perpetrator of violence overlook – probably consciously – the social and political causes of the violence. 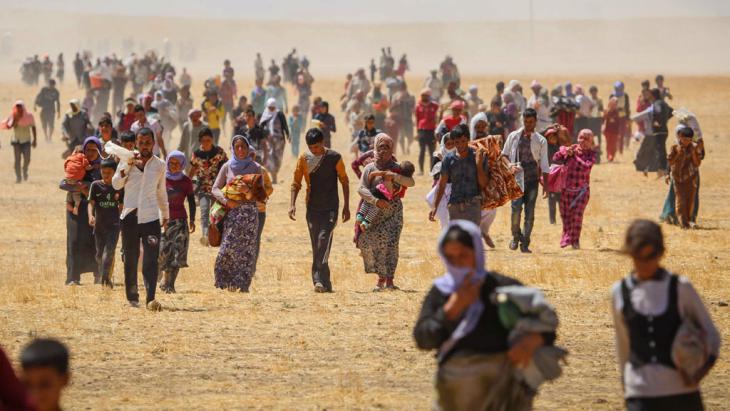 Yazidis fleeing IS in Iraq. "We should also consider whether, despite the horror of the images, pictures of individual Europeans being executed should serve as justification for acts of war. By contrast, there are hardly any pictures of the sections of the population most affected, such as the Yazidis and other religious minorities being persecuted by IS," writes Felix Koltermann

Social media as the battleground of IS

However, the real playground for IS's PR units is not journalistic media, but Internet-based social media. Thanks to the Internet and digitisation, it is now possible for agents in a conflict – agents such as IS – to communicate directly with the public and to address them directly. While the mass media for a long time acted as the gate-keepers who could decide whether particular images were shown or not, this function now lies with companies like YouTube, Facebook and Twitter.

The only method of control these companies have is to delete specific content. However, by the time this happens, the films and images have usually already reached a wide audience. In social media in particular, the images acquire a dynamic of their own that is almost impossible to control, and this is where they can have the greatest impact.

In these situations, the claim is always made that IS pictures are forcing Western governments into action. This claim should be critically examined. Up to now, we have seen no empirical evidence that political action has been prompted by images from war-torn regions. Even in the most frequently cited examples of this connection – the Vietnam War and the US intervention in Somalia – images were at most used as justification for political decisions that had long been made already.

The same is probably true in the case of IS. We should also consider whether, despite the horror of the images, pictures of individual Europeans being executed should serve as justification for acts of war. By contrast, there are hardly any pictures of the sections of the population most affected, such as the Yazidis and other religious minorities being persecuted by IS.

In spite of the horror of the images being disseminated by IS, it is important not to fall into the rhetoric of a war of images, as a few Western media outlets and politicians have done. This rhetoric is problematic, since its goal is to take pictorial acts as a justification for military action. 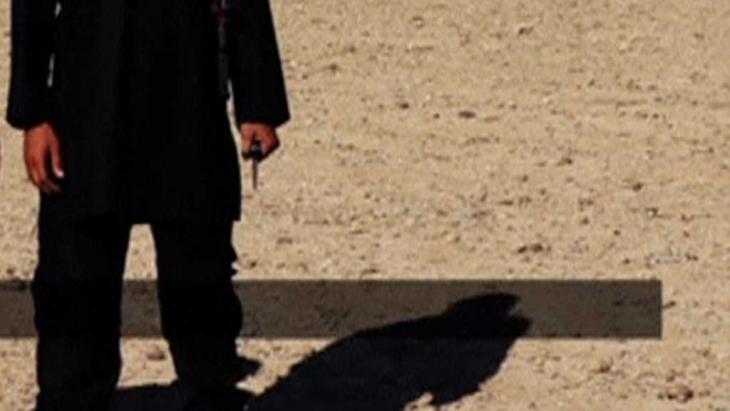 A fatal focus on violence and terror: according to Koltermann, it is important to realise that the images being disseminated by IS are being used as a propagandist, war-mongering tool for mobilisation. Instead, he argues, the focus should be on "a multiplicity of journalistic pictures that are able to do justice to the complexity of the conflict situation in the region"

However, the decision for and against both military and civil action should not be made dependent on propagandist images, but on political facts and humanitarian necessity. The task of civil conflict management is twofold: firstly, to emphasise the civil character of images, and secondly, to seek ways and means of preventing images from being used as the justification for violence.

Civil society agents working in civil conflict management, and educators working in the areas of media and peace, must also develop methods of decoding contemporary war propaganda of the kind being put out by IS and by many other state and non-state agents.

This task must focus firstly on improving the ability of consumers to contextualise images and to recognise pictorial acts. Secondly, it must manage the balancing act between realising that images of war are being used as a propagandist, war-mongering tool for mobilisation, while at the same time preserving an emotional reaction to the contents.

"It is not the photo of the deed that is degrading, but the deed itself", said the journalist Evelyn Finger in an article for the German weekly paper "Die Zeit". In the same paper, her colleague Daniel Etter, a friend of the US journalist James Foley, who was murdered by IS, expressed the hope that the media would have to rethink its strategy and stop spreading these images.

This fits with something for which Karim El-Gawhary has argued on Qantara.de: widening our gaze and turning the telephoto lens away from Kobani and IS. This also applies to the rhetoric of images: the focus should not be on IS's propaganda pictures, but on a multiplicity of journalistic images that can do justice to the complexity of the conflict situation in the region. And if images are not available, then the quality of the text should be trusted to conjure up "mental images" in the minds of the media consumers.

Home
Print
Newsletter
More on this topic
Recruitment strategies used by the Islamic State: A mutation of religionISIS propaganda and use of social networks: The online jihadIndependent media in Syria: Flourishing despite the violenceCriticism of the media in the case of Syria: The perversion of the media machine
Related Topics
'Islamic State' | IS, Islam and the West, Jihadism | Jihadists, Media in the Arab World, New media in the Muslim world, Photography, Radicalisation, Yazidi
All Topics

Despite what heads of state may claim, the Russian attack on Ukraine is not a wake-up call for a self-confident Europe that defends its values. The war is accelerating the decline ... END_OF_DOCUMENT_TOKEN_TO_BE_REPLACED

At the EU's outer borders, the right of migrants to a fair asylum procedure continues to be systematically disregarded. Take Greece, for example: in the worst case scenario, those ... END_OF_DOCUMENT_TOKEN_TO_BE_REPLACED

Madrid's about-face on the Western Sahara conflict has enraged Algeria. Trade relations have been frozen unilaterally and a cut in gas supplies to Europe could be in the pipeline ... END_OF_DOCUMENT_TOKEN_TO_BE_REPLACED

Mourad al-Marouai was just nine when a landmine killed him on a beach in war-torn Yemen, a tragedy that will haunt his family forever. After a swim, the little boy "suddenly ... END_OF_DOCUMENT_TOKEN_TO_BE_REPLACED

A ceasefire has been in effect in Libya for the past year and a half. Yet after Russia's attack on Ukraine, another proxy war looms in Africa's most oil-rich country. Mirco ... END_OF_DOCUMENT_TOKEN_TO_BE_REPLACED

The Ukraine war has seen energy prices spike with oil producers in the Middle East making more money than ever. But will it put the brakes on long-planned reforms to diversify oil ... END_OF_DOCUMENT_TOKEN_TO_BE_REPLACED
Author:
Felix Koltermann
Date:
Mail:
Send via mail

END_OF_DOCUMENT_TOKEN_TO_BE_REPLACED
Social media
and networks
Subscribe to our
newsletter