Within eyeshot of the Bosnian-Croatian border, thousands of refugees are camping in squalor on a former garbage site. Their supplies are scarce. Photographer Dirk Planert was among them 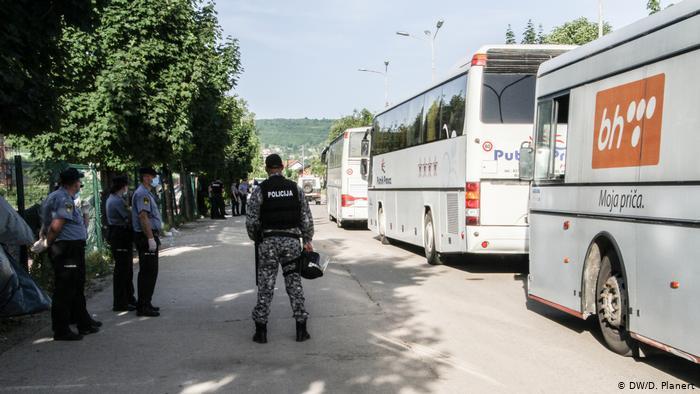 Forced removals: it's estimated that 8,000 refugees live in Bihac. The camps are overcrowded and every day there is talk of burglaries. There was a stabbing in front of the kindergarten. Next to Camp Bira, there were about 500 people not registered with the International Organisation for Migration (IOM). In mid-June police picked them up and drove them to a site called Vucjak 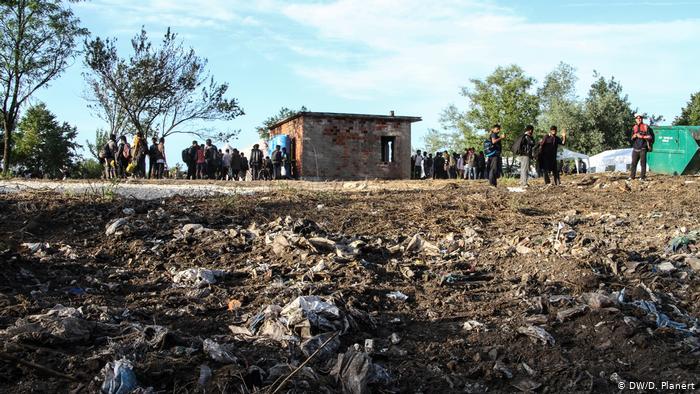 800 people living on garbage: within a few days, police continued to bring more refugees to Vucjak — a site that was the city's garbage dump for decades. It was covered with soil and then flattened. Local residents say it is omitting methane gas. Apart from the putrid stench, there are only three tents and some drinking water tanks. No toilets, no showers, no electricity, no paramedics 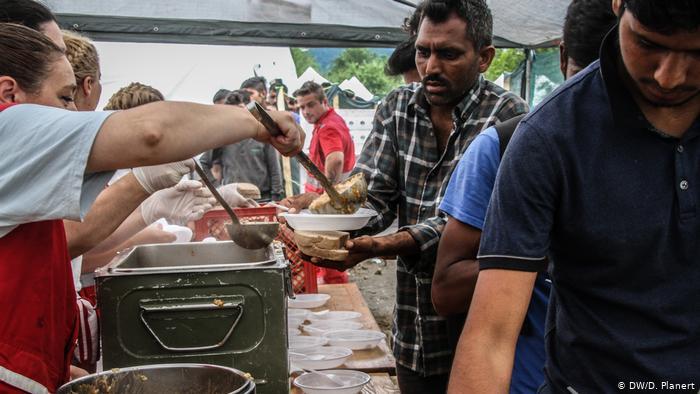 Red Cross hopes for relief workers: local Red Cross workers from Bihac say that neither the government in Sarajevo nor the IOM are giving them any funds to look after the refugees or buy medical supplies. The IOM staff stopped by briefly but did nothing. They then made a plea to the people of Bihac to donate food 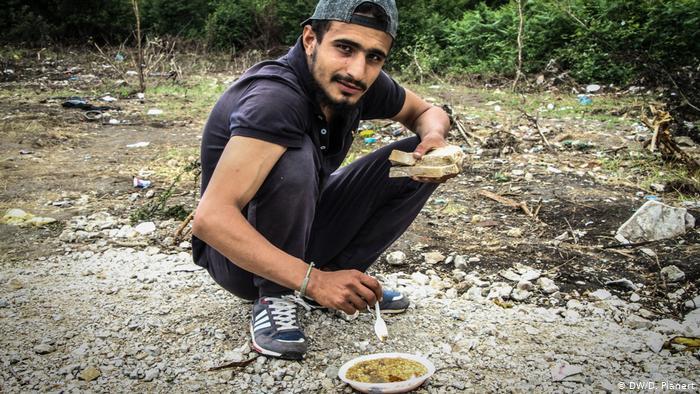 Eating in filth: those at the camp receive paltry soup and bread twice a day from the Red Cross. There is no electricity, no toilets, no showers and no way to wash clothing. Almost everyone has skin rashes, open or purulent wounds and their legs and feet are bloodied. There are no doctors. Red Cross medics say they have inadequate supplies to provide relief 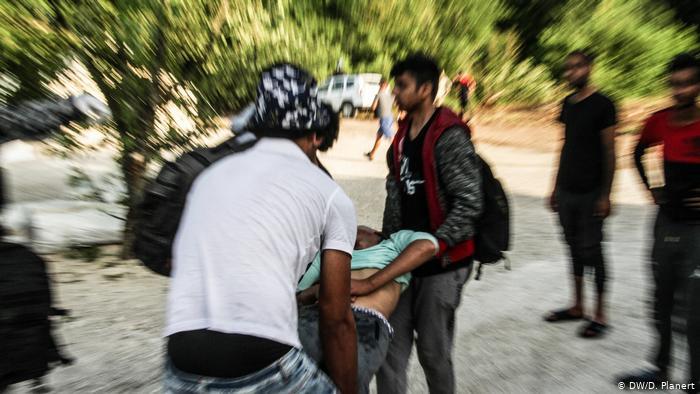 Medical emergency: Abdul Rahim Bilal screamed in pain as he was unloaded from a police van. Shortly afterward he became unresponsive and lay in the dirt with his hands on his appendix. The bus drove off. After desperate calls for help, another policeman called an ambulance which took half an hour to arrive. According to the hospital, he was released three days later 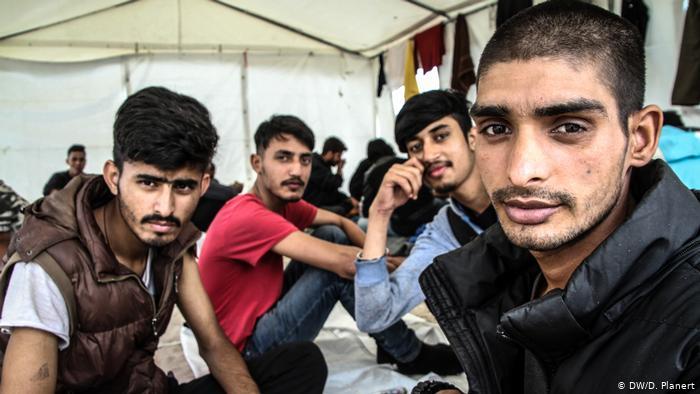 Stories of war: most in the camp are young men from Afghanistan, Pakistan and Syria; some are also from India, Egypt and Gaza. The refugees in Vucjak have been making their way to Europe for at least 10 weeks, some even up to three years. They speak of the war in Syria, terrorist attacks and police violence in Pakistan and air raids in Gaza 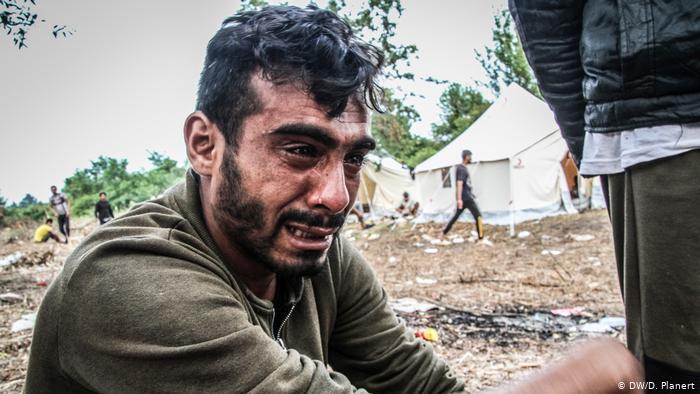 No strength left: Jouma Al Hamid was in an Assad prison in Syria. He comes from the Idlib area. He's been on the road for three years and spent one year in Camp Moria on Lesbos. "I can't take it anymore," says the 26-year-old. "I just want to live in a house, that's all. I'm frightened, by the police, by criminal gang lords here." People smugglers charge €3,000, but he does not have it 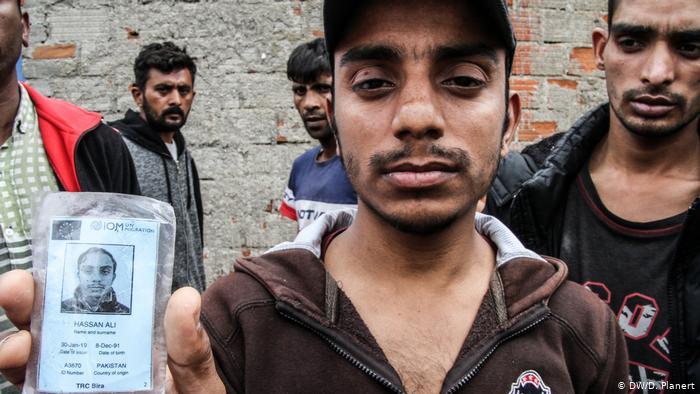 Without rights: Hassan Ali was forcibly removed from Camp Bira to Vucjak by police despite being registered as a migrant at IOM and having a place in the camp. They gave him no explanation: "The police arrested me in town. When I showed my IOM card and said I was in Bira, they said if I say that again they will beat me. Then they brought me here. I don't know why" 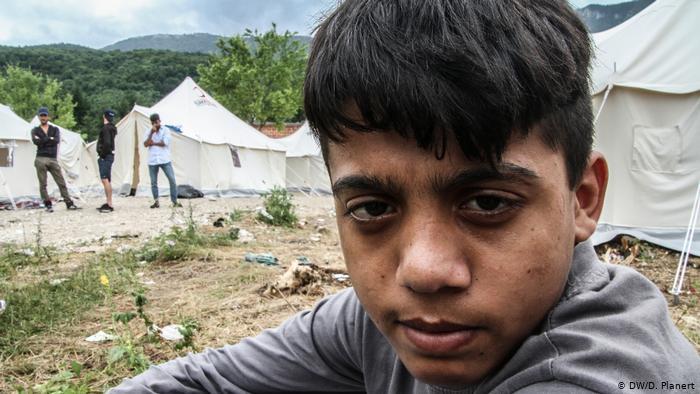 Being a child at the garbage dump: the youngest refugee at former-garbage dump campsite is 12 years old. He actually should be at Camp Bira, or in one of the hotels where women and children are accommodated, but the police picked him up and brought him to Vucjak. His only possessions are the clothes he is wearing 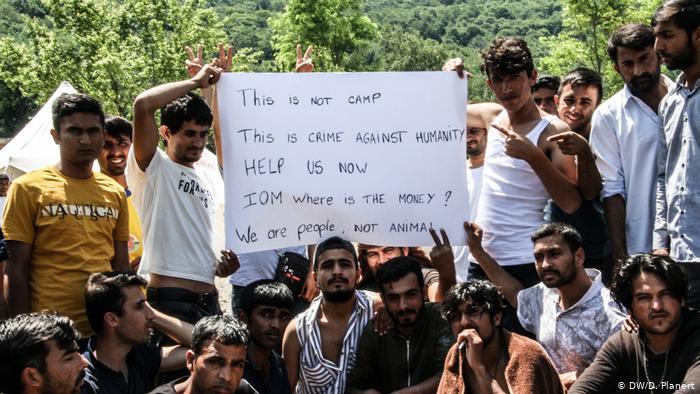 'This is not camp': the people here are crying out to be heard. With a paper and a marker, a woman from a French human rights organisation helped them write a legible sign, in a desperate attempt to get help 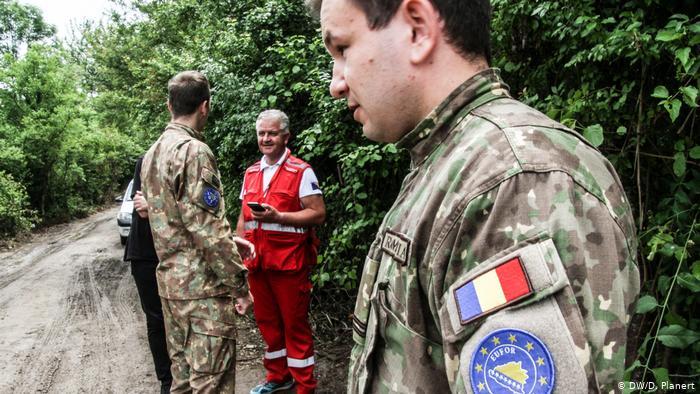 The EU knows everything: the European Union can't deny that they know what the situation is like here. Two EUFOR soldiers were in Vucjak and witnessed everything. They will have reported to their headquarters. This situation is strongly reminiscent of the war in Bosnia. Bihac was a "UN protection zone," but only on paper. UN observers were here and they didn't do anything. Just like EUFOR

END_OF_DOCUMENT_TOKEN_TO_BE_REPLACED
Social media
and networks
Subscribe to our
newsletter