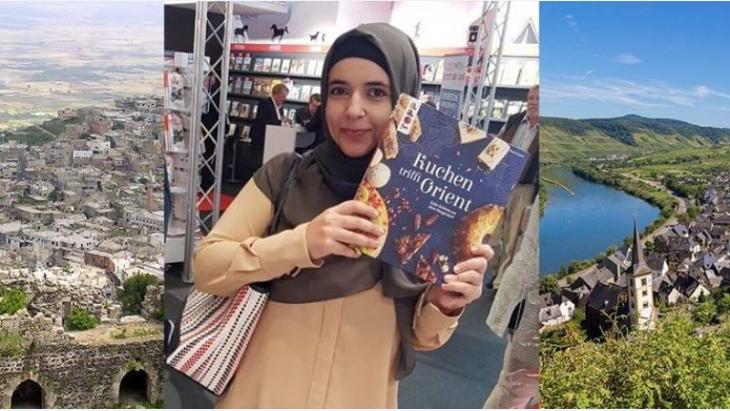 The integration game
A German-Syrianʹs trip to the hairdresser

Donʹt get me wrong – Iʹm at least as curious myself. But Iʹd never think of telling someone born and raised in Germany that she speaks good German, or that sheʹs well integrated. Her parents had to integrate. They came from a foreign country, a different culture, learned German and raised their children. Thatʹs not the childrenʹs achievement, itʹs their parentsʹ.

I rather miss the times when I had to explain where Syria was. In fact, I even miss being asked if I ever want to "go back". I so hated that question. Back where?! To my grandparents, whom I visited every year in the summer holidays? But how was I to guess that question would turn into "Oh, Syria?! How terrible! How long have you been here now?" Or even better: "Is there really a war on in Syria, or are the media just stringing us along?"

But letʹs get back to my hairdresserʹs question. Yes, I do go to the hairdresser. Someone has to cut my headscarf into shape, after all. Just kidding, I meant my hair. Or perhaps I donʹt have any hair, perhaps Iʹm bald underneath? Thatʹs something else Iʹve actually been asked. But letʹs leave my pink (?) hair out of it and finally get back to the point. So where do I come from and what did I answer?

As a child, I never felt German. It started at kindergarten. I was always the different one, the foreign child, anything but German. When I started school, though, I really became aware of it. Starting with the headmaster asking whether I was already promised to a husband, all the way to "I donʹt play with Arab girls" – there was always a whole range of ways to stop me from imagining Iʹm German. 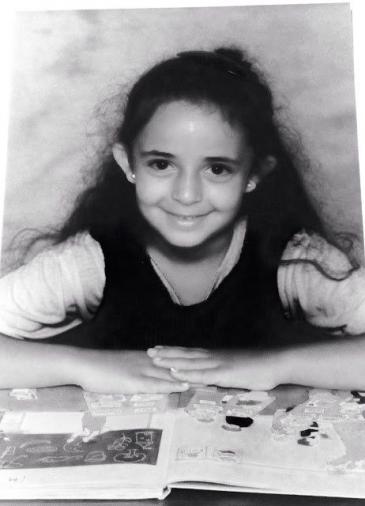 Arab, Turk, Iranian – itʹs all the same: "I canʹt come up with any other explanation for the following line from my third-year report card: ʹHuda took part successfully in native-speaker Turkish lessons.ʹ I had to take part; there was no other alternative to Christian religious education classes at the time. They simply put all the foreigners in one class, got hold of a Turkish teacher and we Turks, Arabs and Iranians were taught in our native language, Turkish," recalls Huda wryly

The teachers saw me as Turkish. Itʹs all the same, isnʹt it? We Arabs, Turks and Iranians speak the same language anyway. Or youʹd think we did. I canʹt come up with any other explanation for the following line from my third-year report card: "Huda took part successfully in native-speaker Turkish lessons."

I had to take part, by the way, because there was no other alternative to Christian religious education classes at the time. They simply put all the foreigners in one class, got hold of a Turkish teacher and we Turks, Arabs and Iranians were taught in our native language, Turkish. Itʹs all the same, as I said earlier.

My years at school were not only a time of racism, thank God (although it was always in the background in many situations). In the years after that, I was class representative and deputy school representative at my new school, was praised by my teachers and always considered an example of "good integration".

Right up until I started wearing a headscarf in year 10. Suddenly, everyone wanted to ignorantly force their way of life on me. Not only did people ask outrageous intimate questions like: "Have you had a forced marriage or why are you wearing a headscarf now?" or "Do you keep your headscarf on for sex?" No.

I was also told how to live my life and advised against going to university. No one would give me a job with a headscarf, I was told and it was customary in my culture for women to stay at home!

Ten years later, I am now a mother and work as an interpreter, Iʹm a blogger, author of the baking book "Cake Meets Orient" and Iʹm also finishing school alongside all that, so I did go to university after all.

I donʹt know whether to laugh or cry when I follow todayʹs politics and see people talking about failed integration on the part of migrants – but leave the government out of the equation. Twenty or thirty years ago, there were barely any initiatives to promote integration (my friends and I arenʹt aware of any, apart from the Turkish lessons all non-German natives attended). As long as everyone kept themselves to themselves in parallel societies, everything was fine in Germany. And as long as Muslim women with headscarves only do the cleaning at schools instead of teaching maths, everything will stay fine.

"Is it true you have to go naked for swimming lessons?"

But I had to deal with plenty of prejudice in Syria, too. My first trip to the land of my forebears was at the age of seven. The country that was my go-to answer every time someone asked me where I came from. We landed at Aleppo airport in the middle of the night and were met by a crowd of people who called themselves my extended family.

Uncles, aunts, cousins and probably their neighbours too – and they all wanted to kiss me. So it seemed to be a nice country, with nice but rather odd people. Why odd? The first question I was asked at the airport – and throughout the next six weeks – was: "Which is better, Germany or Syria?" 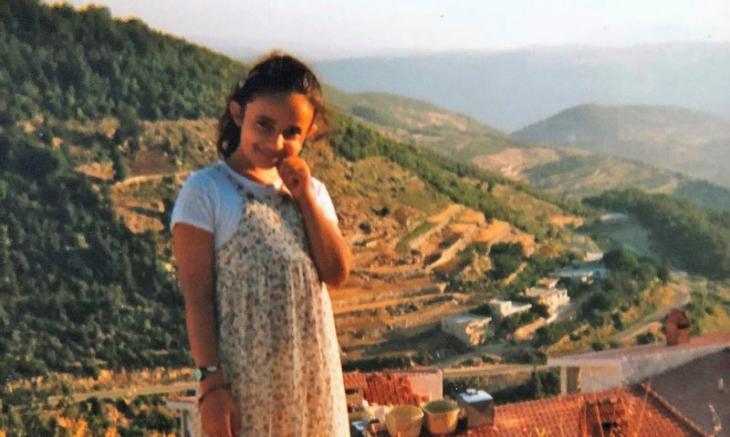 Cast as the outsider: visiting relatives in Syria during the school holidays, Huda faced prejudice from her Arab family. There she was the ʹGerman girlʹ, once again, never quite belonging. Thankfully, these days Huda says, "Iʹve realised I can simply be both. Not many people unite the qualities of two nations in one person. Sometimes I feel more German and sometimes more Syrian"

Once Iʹd got over my first shock (outside toilets), my first disappointment soon followed. When I played with my cousins, I was suddenly the German girl and I couldnʹt possibly understand why! It still didnʹt make me feel German; instead, it annoyed me for years.

The older I got, the more absurd the questions in Syria became. From "I heard every girl in Europe has to have a boyfriend at the age of twelve" to "Is it true you have to go naked for swimming lessons?" – there was always a whole range of ways to make me roll my eyes.

Many things have changed over the years. Iʹve realised I can simply be both. Not many people unite the qualities of two nations in one person. Sometimes I feel more German and sometimes more Syrian. Iʹm very glad of that, these days. But before I go on and on, letʹs stop here.

Where do I come from, then? From Worms! But you probably just want to know where my family is from? From Syria! Or to put it simply: Iʹm a Syrian German!

In the mirror, I see my hairdresser suppress a rather embarrassed laugh, as she tries to explain that all she wanted to know was where Iʹve just come from and where Iʹm going after this…

Oh yes, I have prejudices too.

Huda Al-Jundi was born in Worms on the Rhine and works as an interpreter in Mannheim. She is currently finishing her school education, with a plan to study psychology next year. She has published a baking book: "Cake Meets Orient".

Recent efforts to rehabilitate Assad are setting a damaging precedent for accountability, just as the international community is expressing the need to hold Russia to account for ... END_OF_DOCUMENT_TOKEN_TO_BE_REPLACED

Nouara may be 65, but she is ready to join thousands of others who burn their ID and pay traffickers for the chance of a new life in Europe. Zineb Bettayeb reports END_OF_DOCUMENT_TOKEN_TO_BE_REPLACED

Education for girls and women is still possible in Afghanistan, says Reinhard Eroes of the Kinderhilfe Afghanistan initiative. In interview with Elisa Rheinheimer, he talks about ... END_OF_DOCUMENT_TOKEN_TO_BE_REPLACED

Locals in the Middle East have said European critics are showing bias and hypocrisy when they condemn Qatar. Observers agree that Qatar has had to deal with more criticism than ... END_OF_DOCUMENT_TOKEN_TO_BE_REPLACED

In Doha, Arabs from Morocco, Tunisia, Egypt and Algeria are gathering to celebrate the first ever FIFA World Cup to be held on Arab soil. The criticism from Europe? Over the top, ... END_OF_DOCUMENT_TOKEN_TO_BE_REPLACED
Author:
Huda Al-Jundi
Date:
Mail:
Send via mail

END_OF_DOCUMENT_TOKEN_TO_BE_REPLACED
Social media
and networks
Subscribe to our
newsletter