Those whose circumstances allow them to find their own apartment are in a completely different situation than refugees who are forced to live in a "camp" or similar accommodation. In the latter living situation it is much harder to find the necessary stability to start a new life and to integrate professionally and socially.

The same is true for the duration of the asylum procedure and the possibility of attending a German course. It makes a world of difference whether the procedure takes two months and one can take German lessons without a long waiting time, or whether it takes two years for a decision about one's status to be made and there is no opportunity to learn German.

The reason why the important role played by objective circumstances remains unmentioned in these accounts of integration is the implicit or explicit overlap of two different sets of interests.

On the one hand, it is convenient for those speaking in the name of or representing the host society to place the responsibility for the success or failure of integration entirely or at least mostly on the refugees themselves. This one-sided distribution of responsibility assumes that the objective conditions necessary for successful Integration are always given. Success or failure is thus a personal matter and accordingly bound to the individual's own determination and self-image as well as his or her skills and talents. 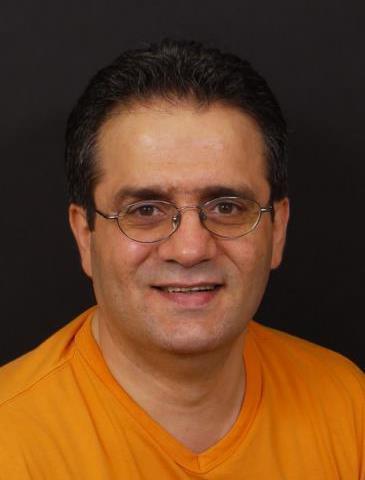 The success of "model" refugees implies the failure of others: "all those who cannot boast similar progress have somehow failed. All too rarely do the heroes of these success stories make it clear that they would not have come so far without ideal conditions to start with. All too rarely do they show any understanding for the fact that circumstances are not as ideal for others," writes Darwish

For the "model refugees", in turn, it is very tempting to highlight individual success factors like a mantra, and to make the objective conditions that are not related to personal determination or abilities appear as immaterial as possible.

Only in this way can the success story be presented as a unique personal achievement, distinguishing its hero from all other refugees. This narrative of "model refugees" also brings with it the second problematic implication that is transmitted through the widespread accounts of successful individual integration.

The problem lies in the way in which some of the refugees tell their story: their success implies the failure of others. It is not only that they trace their achievements to their personal efforts only and fail to adequately recognise the importance of other factors; they also manage, in the same breath, to give all other refugees the sole responsibility for their failure or lack of achievements.

The success of one refugee thus means that all those who cannot boast similar progress have somehow failed. All too rarely do the heroes of these success stories make it clear that they would not have come so far without ideal conditions to start with.

All too rarely do they show any understanding for the fact that circumstances are not as ideal for others. At the same time, they are not sparing with criticism and blame. Sometimes this even goes so far as humiliation and ridicule.

Even if it may sound paradoxical, their harsh judgment of their less successful comrades is often based on one of two very different feelings. Some of the "model refugees" feel sorry for those who are less successful; their failure pains them.

The criticism is intended to shake up the other refugees and drive them to invest even more energy into turning things around. Others by contrast have fundamentally negative feelings towards the "failed" refugees and look down on them.

Education for girls and women is still possible in Afghanistan, says Reinhard Eroes of the Kinderhilfe Afghanistan initiative. In interview with Elisa Rheinheimer, he talks about ... END_OF_DOCUMENT_TOKEN_TO_BE_REPLACED

We are in favour of human rights. But One Love armbands are self-righteous and ignore some fundamental issues. Stefan Buchen examines the debate surrounding the World Cup in Qatar END_OF_DOCUMENT_TOKEN_TO_BE_REPLACED

In Doha, Arabs from Morocco, Tunisia, Egypt and Algeria are gathering to celebrate the first ever FIFA World Cup to be held on Arab soil. The criticism from Europe? Over the top, ... END_OF_DOCUMENT_TOKEN_TO_BE_REPLACED

Canan Topcu came from Turkey to Germany as a child. In her essay, she describes how bothered she was by the racism she encountered in her country of origin when she travelled ... END_OF_DOCUMENT_TOKEN_TO_BE_REPLACED

All organisers use major sporting events like this year’s FIFA World Cup in Qatar primarily to advertise their country and promote a slick public image. This is not something we ... END_OF_DOCUMENT_TOKEN_TO_BE_REPLACED

A leading light of Israeli theatre, Ofir Henig has directed the Israel Festival and is the only female director to have been awarded the Israel Theatre Prize. These days, however ... END_OF_DOCUMENT_TOKEN_TO_BE_REPLACED
Author:
Housamedden Darwish
Date:
Mail:
Send via mail

END_OF_DOCUMENT_TOKEN_TO_BE_REPLACED
Social media
and networks
Subscribe to our
newsletter