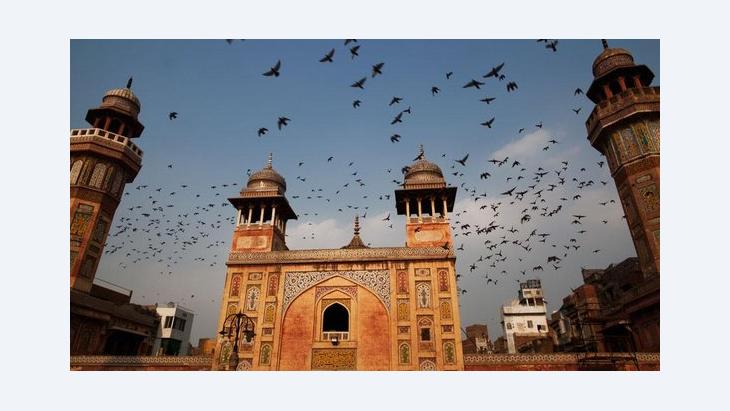 The International ''Global Prayers'' Project
Redemption and Liberation in the City

﻿Mass prayers in Cairo, mega church services in Lagos, large-scale festivals in Mumbai: At the international "Global Prayers" conference in Berlin, researchers and artists explored the phenomenon that is the global expansion of cities and religions. Aya Bach reports

Nezar AlSayyad is Professor at the University of California in Berkeley. When he tries to visit a friend in his home city of Cairo, he cannot believe his eyes. His path is blocked by hundreds of people praying on the street. He retraces his steps, tries to find a way around – but it's the same situation everywhere.

All the non-practicing Muslim can do is also remove his shoes and sit down patiently with the worshippers until the spectacle is over. One more reason for the architect, urban planner and historian to engage in a scientific manner with an issue that has already preoccupied him for a long while: the increasing presence of religious groups in urban spaces.

Secular life on the retreat?

"The Fundamentalist City?" – with a question mark, mind – is the title of his latest book. AlSayyad attended the Berlin House of World Cultures in Germany as a speaker at the "Global Prayers" conference – which is part of an eponymous international research project.

AlSayyed perceives the rapid rise in religious activities in cities as a threatening development: "I think that secular societies worldwide are not only having to deal with this growing religiosity, but that they are already having to fight to maintain elements of urban life – as secular life," he says. 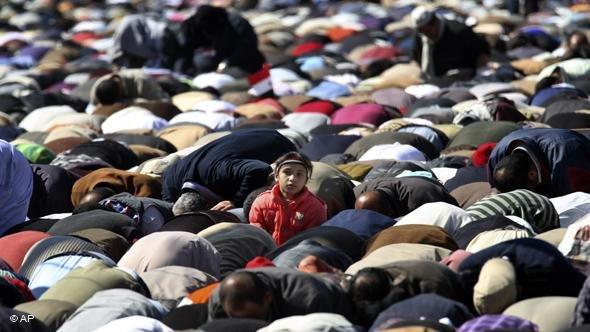 Religion in urban spaces: In megacities such as the Egyptian capital Cairo, millions of people gather daily to pray on public squares and streets

​​Examples investigated by the research team confirm his views: In Jakarta, for example, young Muslims have discovered the 'flashmob' principle and are using it to full effect. Multimedia spectacles in public spaces are staged in the twinkling of an eye, entire transport axes are blocked – in the name of Allah. But it isn't just Muslims that gather in their hundreds or thousands to express their piety in public.

On Mumbai's Juhu Beach Hindu immigrants from northern India have imported the Chhath-Puja, a festival that regularly brings together some two million people. This ancient festival in honour of the Hindu sun god has been met with opposition from the remaining 10 to 16 million residents of the city – also Hindus.

Particularly as the religious festival has now acquired political and economic facets: The immigrants are among the megacity's most disadvantaged residents and are using religious means to create an urban platform where they will be noticed, explains Mumbai sociologist George Jose. But in the eyes of the majority, they are "the others, who are dirty and who make the city dirty," he says.

Scenes of devotion on such a massive scale rarely fall from the sky. Migration and the rampant growth of cities evidently lead to the expansion of religious forces. No urban infrastructure can cope when the population of a city multiplies in a short space of time. 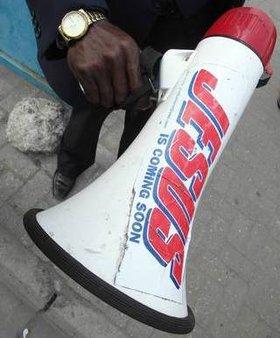 Waiting for Jesus: Pentecostal churches are stepping up their activities in Africa and South America in particular, providing basic services such as education or health care that the state can no longer provide

​​This gives rise to deficits that are at least in part compensated for by religious movements. Cultural anthropologist Werner Schiffauer, academic supervisor of the research project "Global Prayers" in his capacity as professor at the Viadrina University Frankfurt/Oder, identifies a stark contrast to the old left-wing movements characterized by class conflict.

"Religious movements set up communities where different classes come together. This makes these movements attractive, to city migrants in particular," he explains. "It allows them to link the value of the community with individual progress. If you're praying alongside someone who is wealthy, this provides you with a link to a particular social circle, and perhaps access to jobs or apartments."

This diagnosis may also apply to an urban 'Moloch' such as the Nigerian city of Lagos, where Christian Pentecostal church services are now mega masses attended by hundreds of thousands, and sometimes more than a million people.

For Johannes Ismaiel-Wendt, research assistant for the House of World Cultures in the "Global Prayers" project, a spectacular experience. "These churches occupy urban spaces – with volume too," he says. "When a million people cry out 'Halleluja', then it's going to give you goose bumps whether you want it to or not. It's crazy!"

"Everything is in the word of God"

Artists like gospel rapper "Protek" add to the powerful allure of the Pentecostal churches. Kitted out with the ubiquitous cool black glasses, he is himself a fervent Christian and contributes music to the services. Speaking at the Berlin conference, he says he has much to thank the church for, and he's now passing it on to others: "We take care of orphans, bring them to the church, we nurture and educate them," he says.

His rap partner "Special Agent Snypa" adds: "My minister always says: 'Everything you need is contained in the word of God.' That's why we first teach the children the word of God, then we make sure that they are clean and send them to school. We also give them food and a roof over their heads," she explains.

The Pentecostal churches are growing in strength. Established in the US in the early 20th century, they are now primarily on the advance in Africa and South America, meanwhile maintaining city-like structures with their own schools, hospitals and universities, residential buildings, their own electricity supply and garbage collection services.

Services that cities in developing countries often fail to provide. These churches mostly advocate an ultra conservative sexual morality – against homosexuality, sex outside of marriage and the use of condoms – as well as other radical positions right through to a rejection of the theory of evolution. 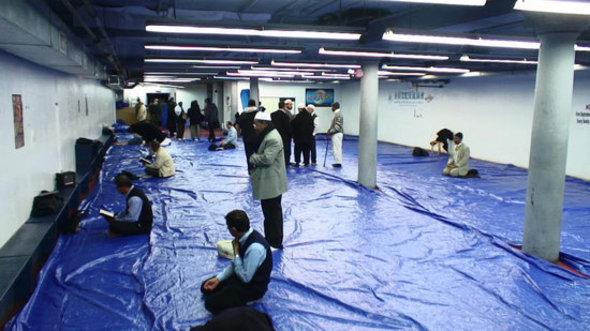 Piety enters the urban sphere: During this "Global Prayers" event international researchers and artists presented religious phenomena as well as urban settings and strategies by religious actors from cities throughout the world

​​Fundamentalism of this nature is however not restricted to Africa or South America. Berkeley Professor AlSayyed refers to the successes of the Republican "Jesus" candidate Rick Santorum in the US elections. He goes even further and says that for him, fundamentalism has overarching traits that go beyond the confines of the religions themselves: Strict sexual moral codes, for example, rigid rules governing attire and restricted rights for women.

In this regard, says AlSayyed, ultra-orthodox Jews and devout Muslims have much more in common than they would like to think. And he makes reference to incidents that took place in the Israeli town of Beit Shemesh, where a girl was spat at and a woman pelted with stones because their clothing did not meet rigorous guidelines.

So is the world on the way to becoming a "Fundamentalist City"? Is secular urban life, which has thus far been the norm in most of Europe in particular, under threat? Cultural anthropologist Schiffauer says he also sees religions gaining significance in urban centres – although this is a development that has left Germany least affected.

"In the global scheme of things, Germany is an exception, also in comparison to the US. Although I perceive a strengthening of religious voices, a dynamic development is also taking place in these religious circles," he says.

The fact that Muslims in Germany are increasingly visible in public life is also part of this process, says Schiffauer. But he adds that it would be completely wrong to fear this development: "I take a very relaxed view of this, because it also means that people are taking leave of their island mentality. For me, it represents a process of integration within society," he concludes.

END_OF_DOCUMENT_TOKEN_TO_BE_REPLACED
Social media
and networks
Subscribe to our
newsletter