The Iranian Filmmaker Kamal Tabrizi
Should One Be Allowed to Laugh at Mullahs?

"It used to be that religious figures enjoyed a special place in the hearts of Iranians, otherwise the revolution would never have taken place," recalls the popular Iranian filmmaker Kamal Tabrizi. "Yet, today this trust has been undermined." Charlotte Wiedemann met with this uncompromising film director 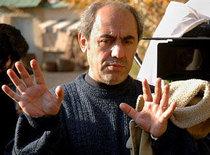 With his biting film comedy "Marmulak" (The Lizard), Tabrizi broke all box-office records in Iran

​​ As with other well-regarded Iranian filmmakers, the revolution has left its mark on the director Kamal Tabrizi. For some, this might come as a surprise, since a couple of years ago Tabrizi made sure that all over Iran people were having a good laugh at the expense of the country's clergy.

In his satire "Marmulak" (The Lizard), a thief escapes from prison disguised as a mullah and henceforth slyly plays at being a holy man. The film broke all box-office records. After three weeks, however, it was banned from being shown in cinemas and is only now making the rounds as a DVD.

Kamal Tabrizi has not let the success go to his head. The 49-year-old Tehran native of Azerbaijan descent has a pleasantly unpretentious air about him. His face bears laughter lines, he listens carefully, and is more than willing to talk about his life.

Revolution and the burning down of cinemas

As a 19-year-old, he was always present at anti-Shah demonstrations with his Super-8 camera. When the bullets began to fly, he ran for cover, not only to save himself, but his film material, as well.

​​ "I come from a traditional religious family. This kind of piety, the praying, fasting, and everything that goes with it, was not particularly attractive to us young people. It was only when I was at university that I discovered an Islam that was concerned with the conditions of people's lives. This attracted me! Religion should improve the life of mankind. I still believe this today."

Before the revolution, his parents often told him that the cinema is not a wholesome place. "Cinemas were regarded as dirty, almost akin to bordellos. That is why many cinemas were burned down during the revolution. Many others were turned into mosques in order to sanitize them. There was a huge gap between the cinema and the clergy. Even to this day, many people have still not reconciled themselves with cinema. This includes members of the current government."

To view the Islamic Revolution as hostile towards film and art is nonetheless wrong, says Tabrizi. "We, the young people, rejected cinema under the Shah's regime because, for the most part, it was just shallow, cheap entertainment, devoid of any intellectual pretensions. We wanted to develop a completely new style. We wanted to make cinema that truly represented Iran. Film should educate and engage the viewer. We saw the camera as a tool to show what the revolution should be."

Support came from Khomeini personally. He held up a demanding minority film from the Shah period as a model – a remarkably sensitive decision. "The Cow," which was awarded in Venice, is a metaphorical tragedy about a farmer driven to madness by the loss of his only cow, finally becoming a cow himself. 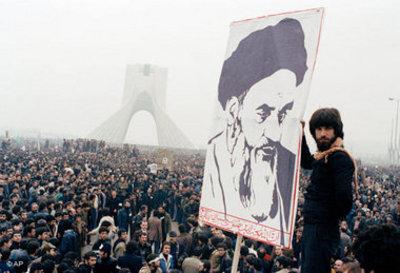 ​​ When you see the film today, what is most impressive is the archaic power of the Iranian village, completely untouched by the Shah's modernization policies. "That was the key," recalls Tabriz. "We could finally cut loose."

As he was learning to make films, war broke out in 1980 between Iraq and Iran. On the second day of the war, Tabrizi was already at the front filming his first documentary. The war films of the time are largely regarded by Western film critics as youthful transgressions of those same Iranian directors who were later celebrated at film festivals.

"I am not ashamed when I see my earliest films," says Tabrizi. "They are simple, but they have something pure about them. They are about people who could face death at any moment."

It's the clergy that have changed

The purity of the relationship between Iranians and their religion has been lost. This is why there is a great deal of melancholy behind the laughter at Tabrizi's mullah comedy.

"It used to be that religious figures enjoyed a special place in the hearts of Iranians, otherwise the revolution would never have taken place," says the director. "This trust has been undermined. Society now has many problems with the clergy, and it is mature enough to deal with them."

Before "The Lizard" opened in the movie theatres, there was a special preview for the clergy. Everyone was so curious about the film that many brought their families along. Women and children were sat on one side of the theatre and the mullahs on the other. During the funniest parts of the film, loud laughter could be heard on the family side, while there was bitter silence on the clergy side.

"This just shows how far the clergy have distanced themselves from society," says Tabrizi. "I am a religious man," he adds, "no less than during the time of the revolution. It's the clergy that have changed, not me."

Cinema in Iran
The Calm before the Storm?
It's not that long since Iranian cinema was famous for its innovation, winning international prizes across the board. But now the buzz about the Iranian film industry has died down, both in the West and in the Islamic Republic itself. Amin Farzanefar considers the state of Iranian film past and present

Iranian War Film Comedy
Good-for-Nothings at the Front
In the last few years, Iranian popular cinema has become a bastion of civil opposition with a number of cheeky comedies. A new film, "The Outcasts" by Masud Dehnamaki, takes a particularly sensitive issue as the butt of its jokes: the Iran-Iraq war. By Amin Farzanefar

More than 800 Iranian filmmakers have signed a declaration against sexual harassment, coercion and violence in their industry. The public's response to their willingness to name ... END_OF_DOCUMENT_TOKEN_TO_BE_REPLACED

Drawing on the history of Tehran's Shahr-e No red light district, Nasrin Bassiri describes how prostitution functioned in Iran before the Islamic Revolution. The neighbourhood ... END_OF_DOCUMENT_TOKEN_TO_BE_REPLACED

The Islamic Republic has a strict and often arbitrary system of censoring artistic and journalistic works. An in-depth investigation by writer Alireza Abiz uncovers the details ... END_OF_DOCUMENT_TOKEN_TO_BE_REPLACED

Presenting a more nuanced vision of their common homeland, Iran, to Western imaginations, kindred spirits Omar Khayyam and Maryam Mirzakhani stand out against the twenty-first ... END_OF_DOCUMENT_TOKEN_TO_BE_REPLACED

Iran is far more modern than many people realise: our view is clouded by media distortion and the overriding political narrative. The nation’s historic and cultural riches are ... END_OF_DOCUMENT_TOKEN_TO_BE_REPLACED

In August 1978, four men set fire to the Cinema Rex in the Iranian city of Abadan, killing more than four hundred people inside. The event is said to have started the Iranian ... END_OF_DOCUMENT_TOKEN_TO_BE_REPLACED
Date:
Mail:
Send via mail

END_OF_DOCUMENT_TOKEN_TO_BE_REPLACED
Social media
and networks
Subscribe to our
newsletter