The veto powers of the United Nations meeting with the German government in Berlin have agreed on a new UN resolution against Iran which will include a provision to "moderately strengthen" sanctions. Bahman Nirumand looks at the contradictions in policy towards Iran so far

The foreign minister's threat will have little effect. It is well known in Tehran that the united front which was presented in Berlin is a shaky one, writes Nirumand

​​At the end of a two-hour meeting in Berlin on January 22nd, the German foreign minister, Frank-Walter Steinmeier declared, "We appeal with the utmost urgency once more to the government in Tehran, that it should fulfil the requirements of the Security Council and the International Atomic Energy Agency (IAEA) without any reservations. And I say too: It is up to Tehran to seek the route of co-operation and conciliation. None of the countries here today wants confrontation – we want a peaceful solution."

All the powers involved agree that Iran must not on any account be allowed to come into possession of nuclear weapons. As Steinmeier said, "We are united in our view that there would be dramatic consequences should Iran have nuclear weapons." But there are varying views on how Iran can be stopped from becoming a nuclear power.

Iran is not an immediate threat

The first thing to point out is that the position of the veto powers and Germany towards Iran has been considerably weakened by a report by the US intelligence agencies published in December. The report said that Tehran had abandoned its nuclear weapons programme as early as 2003.

It admitted that Iran could take it up at any time, but even then, the country would need years before it could produce a nuclear bomb. In addition, Tehran had assured the International Atomic Energy Agency that it would answer any outstanding questions by March.

In such a situation it seems implausible to talk of strengthening sanctions. If there is no immediate danger from Iran, then it is hard to comprehend why one should make direct negotiations with Iran dependent on its abandonment of uranium enrichment.

It is even harder to comprehend when one bears in mind that Iran, as a signatory to the nuclear non-proliferation treaty, has the right to enrich uranium and to process fuel for the peaceful use of nuclear energy within its borders. It is also not clear why Washington is prepared to talk to Iran directly about the situation in Iraq but not about the nuclear issue, and why Washington can talk to the "rogue state" North Korea about the nuclear issue, but not to Iran.

In spite of all these questions, the USA, Great Britain and now France are pushing for tougher sanctions. They do not even reject the possibility of a military strike. Germany tends towards a solution of the conflict through negotiation. The fact that Foreign Minister Steinmeier has moved away from this position in the last few weeks, and organised a hasty – perhaps over-hasty – meeting in Berlin may be due to reasons beyond the conflict over the Iranian nuclear programme.

At least so far, Russia and China have spoken out firmly against further sanctions. There is no obvious reason for them to change their policy. Both countries have huge business interests in Iran. Russia, which is the country's largest arms supplier, is building its first nuclear power station as well as supplying the nuclear fuel it needs.

In Berlin, in order to bring their varying positions into line, the six powers agreed – according to diplomatic sources – on the term "moderate strengthening" of existing sanctions. Whatever that means, the content of the draft resolution on which the six nations have agreed has not yet been made public.

Immediately after the meeting, statements by the Russian foreign minister made it clear that the agreement was subject to widely varying interpretations. Sergej Lavrov said that the draft included no new measures against Tehran. The text included "additional measures to bring influence to bear on" Iran, he said. They did not however have the "severe character" of sanctions. 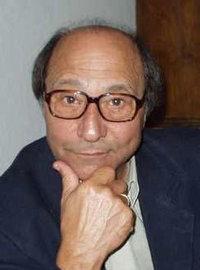 Dr. Bahman Nirumand is an Iranian author and journalist living in Germany

​​The measures, said Lavrov, were formulated as an "appeal to all states" to ensure in their dealings with Iran that Iran abide by the nuclear non-proliferation treaty it had signed.

It would anyway be naive to believe that the Islamists ruling in Tehran would allow themselves to be intimidated by any kind of sanctions. Just before the six nations met in Berlin, the Iranian government spokesman, Gholam-Hossein Elham, said that the Iranian nation would keep on its path towards its nuclear goals, and that, in so doing, it was acting within a "legal and legitimate framework." He said that even a new UN resolution would not weaken Iran's efforts.

One could see this statement as an act of defiance, but one could also see it as a sign that the Islamists are not frightened of sanctions because sanctions do not have any serious effect. This is also the conclusion of the US Congress's Government Accountability Office (GAO).

In a report presented mid-December, the GAO said that, since 2003, Tehran had signed contracts worth twenty billion dollars to exploit its raw materials resources: "Iran’s global trade ties and leading role in energy production make it difficult for the United States to isolate Iran and apply pressure to it."

But even if sanctions were to have a serious effect on the Iranian economy and bring about a crisis, everyone who knows the nature of the regime knows that sanctions would impose a burden on the population but would fail to bring the regime to its knees. On the contrary: the regime needs crises as a fish needs water.

The permanent crises – especially in the field of foreign relations – which are often created artificially, have the purpose of distracting attention from the government's own incompetence, of intensifying the repression of critics and mobilising the masses against enemies and those whom the regime describes as enemies. Considered from that point of view, even if the Security Council can agree, the strengthening of sanctions could well bring about the opposite of what is intended.

The West and Iran
Iran's Attack Blowback
A military confrontation with Iran will serve only to revive the fortunes of the country's infamous president Mahmoud Ahmadinejad, and fortify the Islamic Republic's last, desperate grab for a rebirth, says Nasrin Alavi

Resistance to Relocation Projects in Southern Iran
The Intifada versus the Mullahs
The public attention being paid to the Iranian government's efforts to build a nuclear program have obscured the violent displacement of hundreds of thousands of Arabic Iranians in the Khuzestan province. By Joseph Croitoru

END_OF_DOCUMENT_TOKEN_TO_BE_REPLACED
Social media
and networks
Subscribe to our
newsletter