Beyond the binary image

Three months later, I returned to Iraq for the first time since 1991 as part of a collective to film a documentary about Iraqis in a post-Saddam Iraq. We wanted to show my countrymen as three-dimensional beings, beyond the binary of Saddam versus the United States. In American media, Iraqis had been reduced to either victims of Saddam who longed for occupation or supporters and defenders of dictatorship who opposed the war.

We wanted Iraqis to speak for themselves. For two weeks, we drove around Baghdad and spoke to many of its residents. Some were still hopeful, despite being drained by years of sanctions and dictatorship. But many were furious and worried about what was to come. The signs were already there: the typical arrogance and violence of a colonial occupying power.

My short visit only confirmed my conviction and fear that the invasion would spell disaster for Iraqis. Removing Saddam was just a by-product of another objective: dismantling the Iraqi state and its institutions. That state was replaced with a dysfunctional and corrupt semi-state.

We were still filming in Baghdad when L. Paul Bremer III, the head of the Coalition Provisional Authority, announced the formation of the so-called Governing Council in July 2003. The names of its members were each followed by their sect and ethnicity. Many of the Iraqis we spoke to on that day were upset by the institutionalisation of an ethno-sectarian quota system. 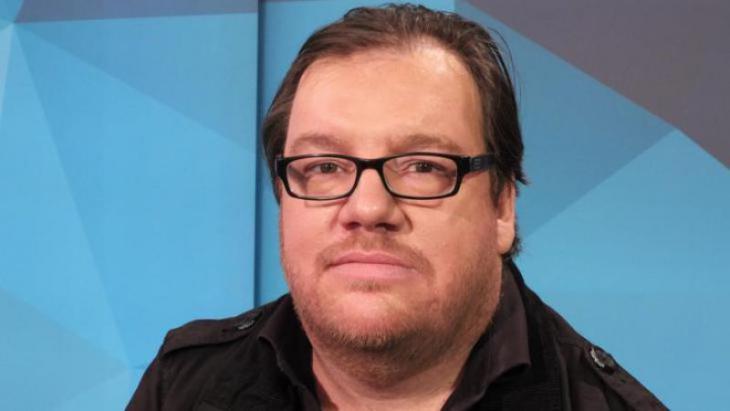 At what price: "no-one knows for certain how many Iraqis have died as a result of the invasion 15 years ago. Some credible estimates put the number at more than one million. The invasion of Iraq is often spoken of in the United States as a ʹblunderʹ, or even a ʹcolossal mistakeʹ. It was a crime," writes Antoon

Ethnic and sectarian tensions already existed, but their translation into political currency was toxic. Those unsavoury characters on the governing council, most of whom were allies of the United States from the preceding decade, went on to loot the country, making it one of the most corrupt in the world.

We were fortunate to have been able to shoot our film in that brief period during which there was relative public security. Shortly after our visit, Iraq descended into violence; suicide bombings became the norm. The invasion made my country a magnet for terrorists ("Weʹll fight them there so we donʹt have to fight them here," President George W. Bush had said) and Iraq later descended into a sectarian civil war that claimed the lives of hundreds of thousands of civilians and displaced hundreds of thousands more, irrevocably changing the country’s demography.

The next time I returned to Baghdad was in 2013. The American tanks were gone, but the effects of the occupation were everywhere. I had low expectations, but I was still disheartened by the ugliness of the city where I had grown up and horrified by how dysfunctional, difficult and dangerous daily life had become for the great majority of Iraqis.

The clashes in Baghdad between supporters of Muqtada al-Sadr and pro-Iranian militias show that an intra-Shia power struggle is in full swing. An analysis from Cairo by Karim El- ... END_OF_DOCUMENT_TOKEN_TO_BE_REPLACED

Bachtyar Ali sends the hero of his latest novel – "Mein Onkel den der Wind mitnahm" – literally flying. Jamshid is so thin after his years as a political prisoner that a gust of ... END_OF_DOCUMENT_TOKEN_TO_BE_REPLACED

In this essay, renowned Lebanese journalist and writer Hazem Saghieh asks whether the Arab Levant, which stretches from Iraq in the east to Egypt in the west, will remain an ... END_OF_DOCUMENT_TOKEN_TO_BE_REPLACED

Climate change is taking its toll on communities in Iraq. Younes Ajil turns on the tap in his home but nothing comes out. Villages in the south of the drought-hit country are ... END_OF_DOCUMENT_TOKEN_TO_BE_REPLACED

END_OF_DOCUMENT_TOKEN_TO_BE_REPLACED
Social media
and networks
Subscribe to our
newsletter