Rafa Al-Nasiri is one of the best-known contemporary Iraqi artists on the international stage. His work is deeply influenced by the culture of Arabic script, and also by his intensive encounters with artists in China and Europe. Martina Sabra interviewed the artist at his home in Amman, Jordan 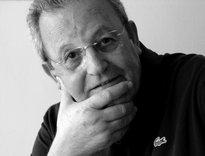 Rafa Al-Nasiri: "True resistance means staying on the international level as an artist"

​​Rafa Al-Nasiri, you left Iraq in 1991 – much later than many creative Iraqis. Did you let yourself be used by the Baath Party and Saddam Hussein?

Rafa Al-Nasiri: No. Our department was never asked to paint portraits of Saddam or that kind of thing. I think our art was simply not on the horizon of the party leaders and the powers that be. They couldn't exploit it. The only useful thing about it for the system was the positive media reports on the international art exhibitions that we organised in Baghdad in the 1980s. But we were free to choose the artists for the exhibitions ourselves. I travelled to various South American countries and selected the artists myself.

You studied in Peking from 1959 to 1963, and learned Chinese there – so well that you still speak the language today. You were last in China in 1989. Only very few contemporary artists from the Arab world have been as strongly influenced by Chinese culture as you. Was that a coincidence or a conscious decision at the time?

Al-Nasiri: I chose China deliberately, after I had first experienced Chinese art at a large exhibition in Baghdad in 1959. I found the Chinese painting and writing techniques incredibly fascinating. We were very much influenced by Western drawing and painting at the time. The Chinese used ink, and made completely different use of space. Empty space had its function too. There were a lot of things that I didn't understand on an intellectual level until later. But what I saw prompted immediate enthusiasm in me. Ever since then, I have loved to express things as briefly and simply as possible, but at the same time on a highly emotional and very deep level.

​​Arabic script occupies an outstanding position in contemporary Arabic art, and also in your own work. Does calligraphy play a similar role in Chinese art?

Al-Nasiri: I'd go even further than that. Comparing Western, Arabic and Chinese art, I find Chinese calligraphy the most expressive. Western artists draw the word – it is more a question of the correct application of the craft than expressing an idea. The Arabs are similar – they idolise beauty, but they are ultimately also craftsmen. Chinese calligraphers, in contrast, are free. When they put the ink on the paper, their whole bodies go along with it, even their breathing. The link between the hand and the spirit, between the hand and the soul is a key element of Chinese art theory.

What can we learn from China in artistic and intellectual terms?

Al-Nasiri: I think we can learn a great deal. Chinese philosophy propagates balance and harmony: the unison of the individual with himself and his environment. This way of thinking can help us to develop and become more creative. And Chinese society is going through many changes: when I was a student in Peking almost fifty years ago there were strict boundaries that one wasn't allowed to cross. Now, Chinese art outshines everything else in the Far East, in terms of both content and sales.

Let's talk about your creative development as a painter and artist. As a young artist, your work was strictly figurative. Why and when did you make the leap to abstract painting and graphic art? And what fascinates you about acrylic as a material? 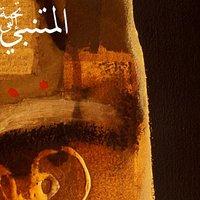 This painting's title is "Hommage to al-Mutanabi". Al-Mutanabi is arguably one of the greatest poems of the Arabic language

​​Al-Nasiri: In my last year in China, I had a teacher and tutor who pursued entirely modern ideas in the middle of a communist environment. The Chinese regime insisted on realistic painting – but my teacher secretly painted abstract pieces. That encouraged me to become more and more abstract myself, to free myself from figurative work. Later, during my two-year stay in Portugal, I then started to follow the new Western art movements. Modernism caught up with me – with Mao, mini skirts and long hair. The main reason I came to use acrylic was because I was allergic to the smell of oil paints. But the material suits me as an artist as well. It is fluid, you have to work quickly with it. That encourages personal expression.

Have you been influenced by German artists or German art?

Al-Nasiri: You might not believe me, but I was in Germany as long ago as 1965. We were driving through 24 countries by car from Baghdad at the time, over two months. We stopped off in Hamburg, Frankfurt and Munich. It was a great time. But German artists have actually influenced me more that that journey. Otto Eglau was very important for me. I was his assistant in Salzburg in 1964 and 1965. I'm still in touch with his family. And then of course Käthe Kollwitz. She is the most important graphic artist of all time for me. Naturally, we studied Dürer and Rembrandt at art school in Iraq. But Käthe Kollwitz was the guiding principle for us.

Your most recent exhibition in Kuwait at the end of 2007 was entitled "Light from Darkness". Is that a reference to Iraq? 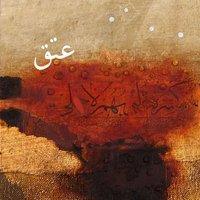 "Patina": Nasiri and his partner May Muzaffar are currently working on a project combining painting and poetry

​​Al-Nasiri: Yes. There is a deadly darkness at the moment. Perhaps art can bring light into this darkness. As artists, we only have one means to offer resistance in this tragedy, and that is our creativity. Even if we are surrounded by death and horror, we can put these experiences into our art, and try to find an expression for the suffering. Using art to help strengthen the Iraqi identity, to give our best, to stay on the international level – that is the only true resistance for me.

You've been living in Amman with some interruptions since 1991. You could have moved on to a different country by now. But you didn't, and instead you set up a studio and a printing workshop in the Webdeh quarter. What keeps you in Jordan?

Al-Nasiri: I've travelled a great deal in the past years. But now I've reached an age when you need peace and tranquillity to be productive. And Amman is simply closer to Baghdad. Some of the best Iraqi contemporary artists live here. We're all in touch and occasionally drink a glass or two together. In Iraq itself, the art scene is devastated. The country has been put back by decades.

Wafaa Bilal's "Domestic Tension"
Iraqi Artist as Human Target
For an entire month, the Iraqi artist Wafaa Bilal subjected himself to a remote-controlled barrage of fire from a paintball gun. Internet users shot at the defenseless man over 60,000 times. Ariana Mirza spoke to the USA-based artist

Interview with Kasim Abid
"You Cannot Risk Your Life to Make a Film"
In 2004, the Iraqi filmmaker Kasim Abid returned to his native Iraq and started the Independent Film and Television College in Baghdad. But despite notable successes, the college had had to move to Damascus. Interview by Abdul-Ahmad Rashid

Iraqi Art
A Culture in Exile
Much of contemporary Iraqi art has been produced abroad - the main focus of exiled artists has nevertheless remained on the motherland, as an exhibition in Berlin goes to show. Ariana Mirza recounts here her impressions

END_OF_DOCUMENT_TOKEN_TO_BE_REPLACED
Social media
and networks
Subscribe to our
newsletter