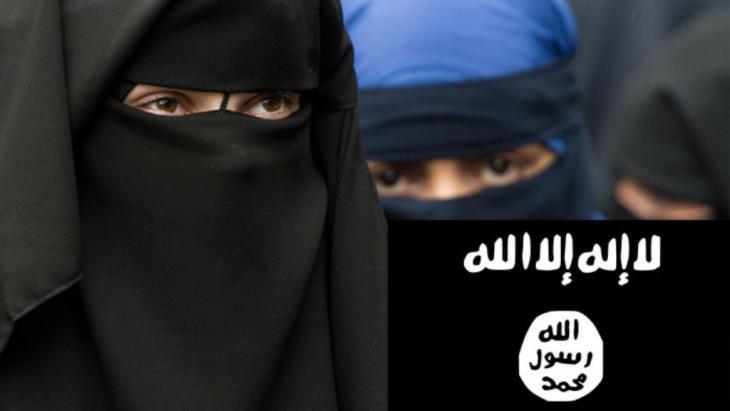 The IS manifesto for women
Baiting the jihadi brides

It is not only men who are joining the ranks of "Islamic State", women are too. Many are being encouraged to do so by the manifesto of the IS women's brigade al-Khansaa, which has been translated into English and German. Primarily aimed at Muslim women with limited education, the IS ideal is not very far removed from role models that prevailed in conservative social strata in the West until well into the twentieth century. By Stefan Weidner

If IS is attempting to enlist men with the promise of expensive cars and four wives, as Syrian returnee Ebrahim B. recently reported, what is the appeal for the women often referred to in the media as jihadi brides? Even the most fanatical Muslim women are not likely to be enticed by the prospect of men who cannot afford cars back home or of having the constant company of three women.

If we are to be guided by the document used by "Islamic State" early this year to encourage young Arab women to join its cause, this recruitment drive is not based on consumer goods and excess, but on the exact opposite: a renunciation of the western understanding of social roles coupled with fulfilment through modesty and a virtuous existence as a housewife and mother.

The manifesto of the women's brigade al-Khansaa, which has just been published in German (and thankfully in its original Arabic version) by the publishing company Herder, provides a first-hand insight into the ideas, target groups and methods with which IS also – one could also say even – hopes to appeal to young woman. The publication is about 50 pages long and has been astutely arranged and commented upon by Hamideh Mohagheghi.

The text is not riddled with prerequisites. This is not about converting anyone to Islam. It is much more a case of converting already devout Muslim women to Islamic State. Only here, the manifesto claims, will a woman be afforded the true rights pledged to her through Islam. Only here will she receive the respect she deserves and have no fear of repression as long as she fulfils her obligations. The IS female ideal barely differs from the one that also prevailed in conservative social strata in the West until well into the twentieth century. 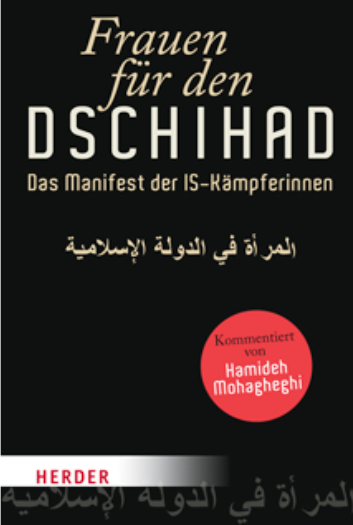 The manifesto of the women's brigade al-Khansaa has been published in German and Arabic by the German publishing company Herder. It also includes commentary by Hamideh Mohagheghi. The title translates as "Women for the jihad"

It goes without saying that this portrayal of life in "Islamic State" is heavily airbrushed. The brutality meted out to dissenters and non-Muslims is not mentioned; nor is the maltreatment of all those – Muslims or not – who do not want to comply with IS. What is surprising, however, is that the polemicising is not only aimed at the "godless West" and the "treacherous Shias", but also (and this is not without an element of comedy for western ears) against Saudi Arabia: "However, we would like to note that the only matter that it does brag about now is its forbidding of women’s driving."

Given the direct allusions to their often precarious situation, it would indeed appear that Saudi women are among the primary target groups for this manifesto: "Go to the slums in the south of Riyadh or to the houses of the poor near Jeddah (…), and you will see the truth."

Also evident is the clearly detailed knowledge of the debate concerning the role of women in the West. The text contains a direct reference to the controversial care allowance offered to parents in a number of European countries: "The falsity of these ideas were made evident by governments giving salaries to those who return to their homes and raise their children."

It is evident at junctures such as these and also from the paltry education package envisaged for women – religious studies, housekeeping, a bit of numeracy and literacy – who forms part of the actual target group, namely precisely those women who don't have access to any kind of higher education and consequently have limited professional horizons. It is a programme for young Muslim women from the lower classes, first and foremost in the Arab world, but also migrants in a precarious social situation in the West.

It should be noted that it was not IS, but the British Quilliam Foundation that first had this text translated into a Western language. This foundation regards itself as a think tank and information portal that challenges radicalisation. It declares that its intention is to use this document to unveil the regressive nature of the IS female ideal. But the move has backfired and it instead provides an example of just how blind liberal think tanks have become. 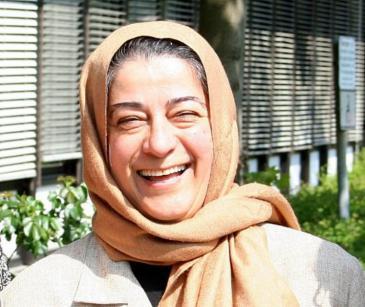 Hamideh Mohagheghi is an Islamic theologian at the University of Paderborn. As co-founder of the Islamist women's network Huda and member of the Islam Conference, she is one of the most influential female Muslim voices in Germany

Quite apart from the fact that comparable female images are also held up as an ideal by fundamentalist representatives of other world religions, it is not much of a surprise to learn that the female ideal upheld by IS is extremely conservative.

IS is attempting to score points with Arab women by making an issue of the precarious social situation, identity crisis and hardship faced by female Muslims in the lower social classes and promising its own kind of solution to the problem. But now – and, it must be said, ironically – thanks to the Quilliam Foundation, the appeal is reaching female Muslims who suffer from similar problems in the West, but who have thus far been unaware of the promises being made by IS due to a lack of knowledge of High Arabic.

What is worse, Muslim women in the West may now feel compelled to distance themselves from the crude IS female ideal that supplies critics of Islam with their best arguments. The urgency and need for dissociation is evident from the German publisher's detailed epilogue.

But no Muslim, regardless of his or her origin or gender, must feel compelled to refute IS manifestos. By putting Muslims in a position where they are obliged to offer explanations, the Quilliam Foundation is in this case indirectly fostering their ostracism.

The manifesto of the IS women's brigade al-Khansaa, which incidentally owes its name not to a Muslim homemaker but a famous early Islamic female poet, is less interesting for what it says about the image of women in Islam, and more for the fact that it is an expression of the ideological tensions and ruptures that test the limits of political Islam in Saudi Arabia, "Islamic State" and the Islamic Republic of Iran.

The English quotes in this article were taken from the publication "Women of the Islamic State – A manifesto on women by the Al-Khanssaa Brigade", translated by Charlie Winter, Quilliam Foundation, February 2015

Education for girls and women is still possible in Afghanistan, says Reinhard Eroes of the Kinderhilfe Afghanistan initiative. In interview with Elisa Rheinheimer, he talks about ... END_OF_DOCUMENT_TOKEN_TO_BE_REPLACED

Locals in the Middle East have said European critics are showing bias and hypocrisy when they condemn Qatar. Observers agree that Qatar has had to deal with more criticism than ... END_OF_DOCUMENT_TOKEN_TO_BE_REPLACED

In Doha, Arabs from Morocco, Tunisia, Egypt and Algeria are gathering to celebrate the first ever FIFA World Cup to be held on Arab soil. The criticism from Europe? Over the top, ... END_OF_DOCUMENT_TOKEN_TO_BE_REPLACED

Canan Topcu came from Turkey to Germany as a child. In her essay, she describes how bothered she was by the racism she encountered in her country of origin when she travelled ... END_OF_DOCUMENT_TOKEN_TO_BE_REPLACED

All organisers use major sporting events like this year’s FIFA World Cup in Qatar primarily to advertise their country and promote a slick public image. This is not something we ... END_OF_DOCUMENT_TOKEN_TO_BE_REPLACED
Author:
Stefan Weidner
Date:
Mail:
Send via mail

END_OF_DOCUMENT_TOKEN_TO_BE_REPLACED
Social media
and networks
Subscribe to our
newsletter