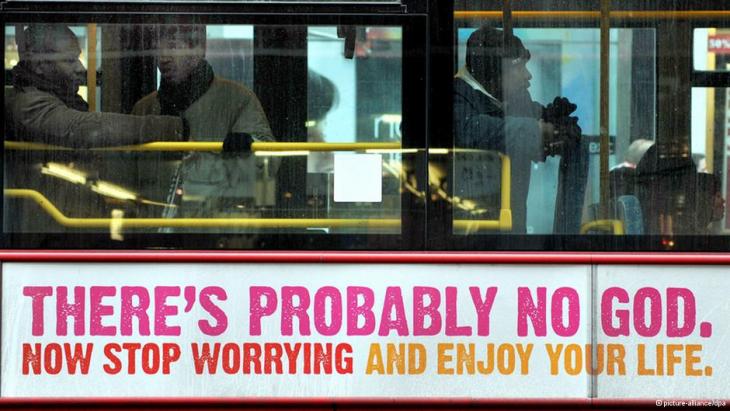 When Muslims renounce their faith

Fearing ostracism or even death, many former Muslims keep their lack of faith a secret. A German organisation offers support to people who choose to turn their back on Islam for whatever reason. By Naomi Conrad

Turning away from Islam? No, she couldn't discuss the subject now, says Mina Ahadi quietly but firmly. The phone line fades in and out as her train goes from one patchy wireless coverage area to the next. Yet it is not the bad connection that makes Ahadi reluctant, but the subject. In a few hours she would be home, where she could talk openly, she says, "but now, on the train, I cannot."

Later, back in her apartment in Cologne, she apologises and explains that she does not feel safe using her name or the term "ex-Muslims" in public – even in Germany. She believes this fear is justified. Ahadi regularly receives anonymous letters in which people threaten to shoot her or warn her that she might die in a car accident.

The reason is that in 2007, Ahadi was one of the founders of the Central Council of Ex-Muslims, an association for people in Germany who have renounced their Islamic faith. In doing so, she says, she wanted to take a "provocative stand" against the label "Muslim", which is applied almost automatically to immigrants from Arab countries – regardless of whether they are Christian, atheist or indeed Muslim.

Police had to guard her home for months. Even today, she doesn't like to go out on the street alone, so great is her fear that someone might recognise her as an ex-Muslim and therefore as someone they believe deserves to die because she has turned her back on the "one true religion".

Mouhanad Khorchide, director of the Centre for Islamic Theology in Muenster, says there are indeed groups in Islam, especially in radical Salafist circles, who pronounce the death penalty on apostates.

By way of justification, they point to a hadith, a saying of the Prophet Muhammad: "Whoever changes his religion, kill him." But according to Khorchide, not all Islamic scholars agree on the authenticity of this saying. "The Koran itself only states that Allah will punish people in the afterlife. It doesn't say anything about a worldly punishment." 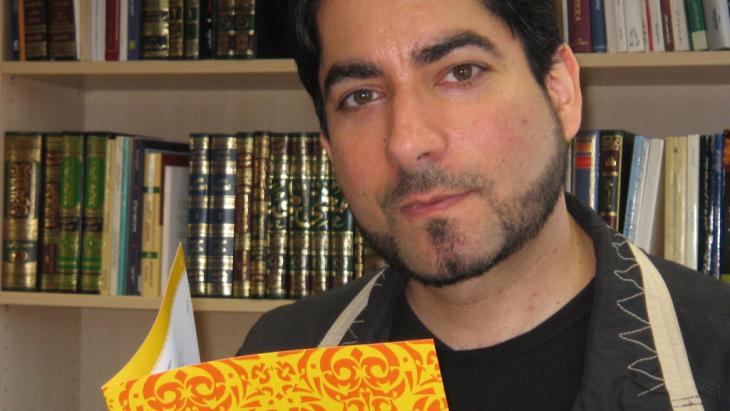 Mouhanad Khorchide, director of the Centre for Islamic Theology at the University of Muenster, says that the Koran allows people the freedom to stop believing. He teaches his students that sincere intentions – and not an outward pretence of faith – count. "Everything else," he says, "is an education in hypocrisy."

Religious coercion is "a grave sin"

And while some Islamic countries, such as Saudi Arabia and Iran, do prescribe death as the punishment for renouncing Islam, Khorchide is convinced that the main threat comes from individuals who may feel called to act on their own initiative.

Theologian Bekir Alboga is the commissioner for interreligious dialogue at the Cologne-based Turkish-Islamic Union for Religious Affairs (DITIB), a major German Islamic organisation associated with the Turkish state. He says the people Khorchide describes are "radicalised fundamentalists" who form only a small minority in Muslim society, have nothing to do with the real Islam and often discover Islamic extremism by themselves on the Internet.

Alboga points out that Islamic teachings prohibit coercion: "The commandment in the Koran is clear: anyone who tries to force people to accept the faith or to remain in the faith commits a grave sin."

Ahadi says that the steady stream of young people calling the Central Council of Ex-Muslims asking for help are not primarily afraid of violence. "In Europe, we haven't had a case where someone was killed because he or she no longer believed in God," she says, adding after a short pause, "Thank God!" Instead, they mostly fear becoming social outcasts. "They're afraid of losing their family and being kicked out."

Admitting that you no longer believe in God is often a big step, Ahadi admits with a sigh. So instead, many keep going through the motions of adherence to a religion they don't believe in: young women might put on their headscarves before they return home; young men might go with their fathers to the mosque and pretend to pray.

Khorchide says this contradicts the freedom he finds in the Koran to stop believing. He says he teaches his students that only sincere intentions count. "Everything else is an education in hypocrisy."

"Everyone has the right to believe in something"

It took two years to decide to come out as an atheist to his family in Baghdad, says Saif Al-Basri, an Iraqi medical student who lives in the German city of Muenster. He told them that he could no longer believe in God. Their reaction came as a positive surprise, he says. His family did not approve of his decision, but accepted it. His uncle tried to convince him that he was confused, that he should think about it some more, that he might go to hell. "But they were very normal, peaceful conversations. I hadn't expected that." 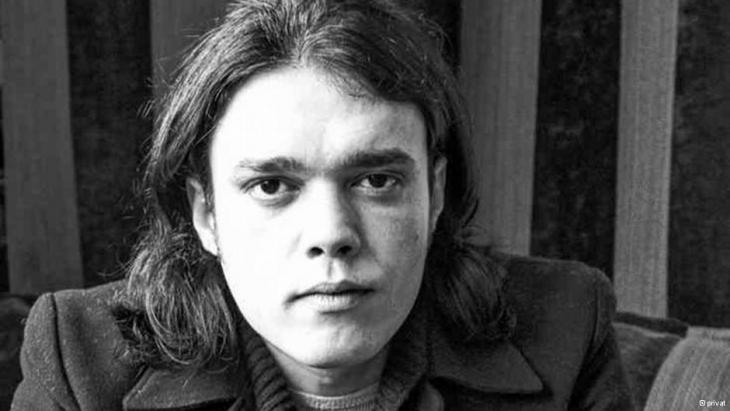 Waleed Al-Husseini is a Palestinian blogger whose open criticism of Islam landed him in jail for ten months. Upon his release, he realised that he was no longer welcome in the West Bank. He now lives in exile in France

He still hasn't changed his mind: Saif experienced the Iraqi civil war after the fall of Saddam Hussein, when extremists "cleansed" entire neighbourhoods in Baghdad according to residents' Sunni and Shia affiliation. In 2006, the then 16-year-old fled the war to relatives in Germany.

"Of course, the civil war was a factor that made me think," he said. Eventually, the discrepancies between religion and science became too great, the idea of God too absurd.

Every religion is dangerous, he says, because it doesn't offer people any choice. "Everyone has the right to believe in something, even the Flying Spaghetti Monster if you want - as long as it doesn't harm others." But often, young people are not given this option, and have notions of sin and hell drummed into them. Then, says Saif, religion becomes "terrorism".

That's why in Germany, he blogs, publishes articles that are critical of Islam and translates scientific articles to educate people. He uses his own name, not a pseudonym. Of course, he has also received death threats. "Fanatics are everywhere, including online."

His account has repeatedly been hacked by activists he calls "online jihadis", who primarily attack websites that are critical of Islam. Yet he says he is not afraid of actual violence. Once he sent his full address in Muenster to someone who had threatened him. Nothing happened. "It's is all just hot air," he laughs.

Saif says he is grateful to live in Germany, where he can express himself so openly. Many friends living in various Arab countries, whom he knows from Internet forums for ex-Muslims, have to conceal their identity.

Their fear is sometimes justified: Waleed Al-Husseini, who published an Islam-critical blog in the West Bank using his own name, was arrested in 2010. He spent ten months in prison. When he was released, many told him: "You're no longer welcome here." There were even calls to lynch him publicly.

Of course, he should have been more careful about protecting his identity, says Al-Husseini, who now lives in France. "But I had no idea that I'd be arrested just for criticising Islam."

Although he says he can probably never return to the Palestinian territories, he is adamant that he does not regret voicing his criticism. If he had only pretended to believe in God, he said, "then I would have been lying not only to myself, but to the actual Muslims." And that, he says, is wrong.

Home
Print
Newsletter
More on this topic
The German Islam Scholar Lamya Kaddor: Why I as a Muslim Woman Don't Wear a Headscarf Afghan Convert Controversy: A Counter-Perspective on Apostasy in IslamQantara dossier: Islam in GermanyWebsite of the Central Council of Ex-Muslims (German only)
Related Topics
Criticism of Islam, European Islam, Islam in Europe, Muslims in the West
All Topics

The template of the mentally disturbed gunman doesn't fit. Seeing himself as a spearhead, heralding a new rise to power, the murderer of Hanau placed himself squarely in the Nazi ... END_OF_DOCUMENT_TOKEN_TO_BE_REPLACED

A newly leaked document confirms how China is imprisoning Muslim minority Uighurs based solely on their religion. Naomi Conrad met with a whistle-blower and visited relatives of ... END_OF_DOCUMENT_TOKEN_TO_BE_REPLACED

Education is the key to the future. Muzoon Almellehan has known this since she was 14 years old. But she lives in a Jordanian refugee camp. And since then she has been fighting ... END_OF_DOCUMENT_TOKEN_TO_BE_REPLACED

Michael Frey has written a fascinating book about the contemporary political thinker Nassif Nassar. Since 1967, Nassar has devoted his life’s work to the question of a fair social ... END_OF_DOCUMENT_TOKEN_TO_BE_REPLACED

The Kurdish YPG militia did the heavy lifting in the fight against the "Islamic State", yet many foreign YPG adherents, including Germans, have come home to find themselves under ... END_OF_DOCUMENT_TOKEN_TO_BE_REPLACED

Few Muslims have to date visited the Auschwitz-Birkenau concentration camp memorial site. Now high-ranking representatives of Muslims and Jews are travelling together to the place ... END_OF_DOCUMENT_TOKEN_TO_BE_REPLACED

Comments for this article: When Muslims renounce their faith

Why this very interesting article is not published in German????? Please!

This is again another article which depicts Mina Ahadi as a liberal freedom fighter. As many emigrants from the Middle East she comes from the extreme left. Her organisation which followed a totalitarian communist ideology, was watched by Verfassungsschutz (German domestic intelligence ) for many years for very good reasons.

END_OF_DOCUMENT_TOKEN_TO_BE_REPLACED
Social media
and networks
Subscribe to our
newsletter