Return to the Maghreb

Mohammed Ibn Tumart was born around 1077 into the tribe of Al-Masmuda, which settled in Sous, in the far south of what is now Morocco. He had a simple, modest upbringing. Nevertheless, he would set in motion one of the greatest revolutions in Islamic history and become the founder of a vast empire. 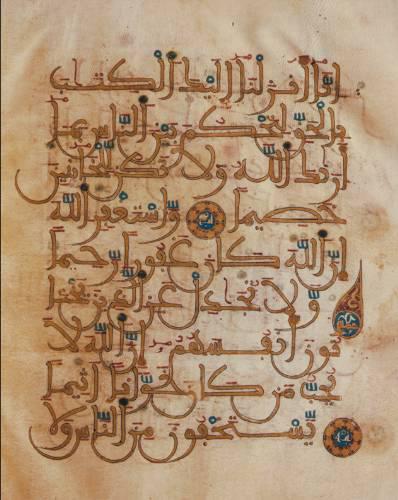 Ibn Tumart believed that claiming to be the true Mahdi would be the best way to fulfil his goals. And so, in an attempt to pave the way for himself, "he began spreading the Prophet's hadiths about the awaited Mahdi, and claimed to be of Alawite descent, and that he was descended from the sons of Al-Hassan bin Abi Talib. Then, in Ramadan 1121, he took the critical step of proclaiming himself 'the prophesised infallible Mahdi' heralded by the Prophet's hadiths," says Mohamed Yosri

Ibn Tumart returned from the east consumed by three ideas: the first was revolution, the second was al-Ghazali's prayer and prophecy for him, and the third was a tenacious religious spiritualism that had taken root in his heart and mind.

The combination of these three factors had a major spiritual impact on Ibn Tumart and led to his adoption of a reformist approach based on education, explanation, and guidance, which later developed into the condonement and use of violent means to enjoin good and forbid evil.

The goal pursued by Ibn Tumart, which crystallised later in his career, was the establishment of a large-scale Islamic caliphate that covered all countries and territories across the world, from the far east to the distant west.

During his journey back to Sous, Ibn Tumart began to campaign for his reformist approach in all the cities and villages through which he passed. His ideas sent major shockwaves throughout society, ultimately resulting in violent tensions.

He was said to have smashed liquor shops with his staff wherever he went and delivered speeches and held debates with the jurists of the cities he visited. The last of these debates was with Ali ibn Yusuf, the emir of the Almoravid dynasty, in Marrakech. He was known for decisively defeating anyone who argued against him.

Turkish author and journalist Mustafa Akyol is one of the foremost pioneers of an Islam reconciled with modernity. Musa Bagrac spoke with Akyol for Qantara.de about his new book " ... END_OF_DOCUMENT_TOKEN_TO_BE_REPLACED

A bird's eye view of eight hundred years of history: Brian A. Catlos tells the story of Al-Andalus in the style of a streaming series and deconstructs the myths of the Reconquista ... END_OF_DOCUMENT_TOKEN_TO_BE_REPLACED

Known to Jews, Muslims, and Christians by three different names – Sefarad, al-Andalus, and Hispania, respectively – the Iberian Peninsula has been a centre of fertile intellectual ... END_OF_DOCUMENT_TOKEN_TO_BE_REPLACED

A heated debate is raging in the Islamic world about whether the religious and political spheres in Islam are one and the same. Before this matter can be settled, the terms " ... END_OF_DOCUMENT_TOKEN_TO_BE_REPLACED

On their fourth CD "Irade" (willpower), Masaa has left its piano sound behind, yet continues with its new guitarist to pursue a path that bridges jazz improvisation and Arabic ... END_OF_DOCUMENT_TOKEN_TO_BE_REPLACED

Muhyiddin Ibn Arabi (1165-1240) is one of the most influential Arab philosophers and mystics. James Morris, Professor of Islamic Theology at Boston College, explains why his ... END_OF_DOCUMENT_TOKEN_TO_BE_REPLACED
Author:
Mohamed Yosri
Date:
Mail:
Send via mail

END_OF_DOCUMENT_TOKEN_TO_BE_REPLACED
Social media
and networks
Subscribe to our
newsletter