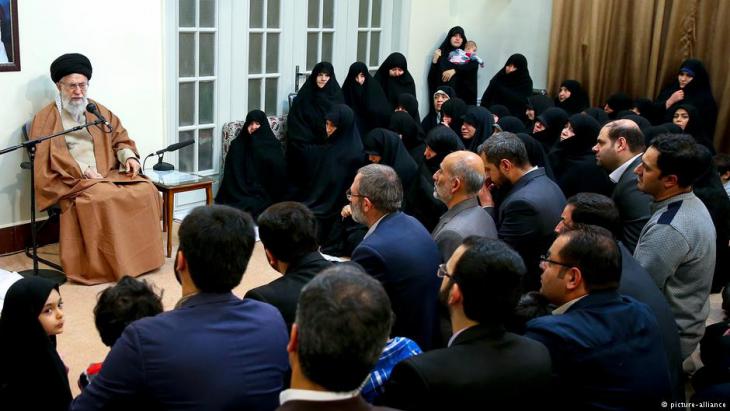 The Islamic Republic turns 39
At risk of Syrianisation?

Was the recent unrest in Iran merely a harbinger of a bigger political quake? Prominent sociologists and political scientists are predicting some more extensive social shock waves. And one man who made his name during the revolution has offered his apologies to the Iranian people. By Ali Sadrzadeh

New words for new times. If this maxim is correct, then we can say that a new era dawned in Iran around four weeks ago, or, more precisely, with the unrest that swept the country at the beginning of 2018.

The neologism being used to describe this new era is "Syrianisation". Googling this word in Persian turns up hundreds of articles and essays by various authors. Observers and analysts use the word as a prognosis, forecasting that Iran will inexorably slide into a situation similar to that in Syria.

Reformers cite it as a warning against stirring up turmoil and violence. And increasingly, disappointed reformers are speaking up as well, claiming that a Syrianisation of Iran can only be prevented if its people keep on demonstrating as they demand and encourage civil disobedience.

Representatives of each camp cite a number of arguments, data and facts to back up their position – many of them thought-provoking and at times alarming.

Esteemed and influential political scientists and sociologists are participating in the debate, as are political activists who apparently have only short-term, tactical objectives in mind. And as always when debates are heated, the conspiracy theorists are not far behind. They claim that the word "Syrianisation" was coined by the intelligence service and that the hard core of political power in Iran is exploiting the appalling situation in Syria as a spectre to quell protests and demonstrations. If only it were that simple.

No matter how widely divergent the opinions and motives may be, there is one point on which everyone can agree: unrest is brewing underground and the rumbles preceding a major earthquake have long since begun – unmistakable for anyone who is really listening. The Islamic Republic is perched on a powder keg, wrote Mehdi Karroubi recently from his house arrest in an open letter to Ali Khamenei, the Supreme Leader and most powerful man in Iran. 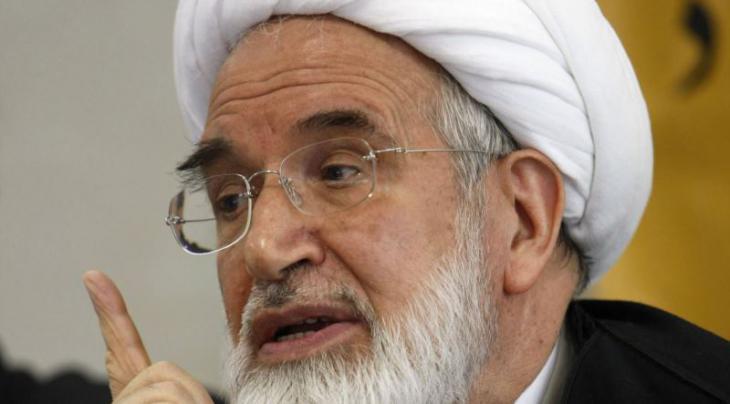 Listen to the oracle: the Islamic Republic is perched on a powder keg, wrote Mehdi Karroubi recently from his house arrest in an open letter to Ali Khamenei, the Supreme Leader and most powerful man in Iran. "I believe the Islamic Republic can only be reformed if truly free elections are held – without pre-vetted candidates and without interference from above. And if all are equal before the law, regardless of the person or their post"

The open letter from the former parliamentary president is undoubtedly a permanent document that no historian in the future will be able to ignore in trying to describe how the theocracy came about nearly 40 years ago, how it changed over the decades and why it finally found itself at a dead end. Very few people were as close as Karroubi to the republic's founder, Ruhollah Khomeini. The Ayatollah even named Karroubi executor of his will.

Up until he was put under house arrest seven years ago, Mehdi Karroubi was part of the innermost power circle in the republic. But now, in his open letter, the 80-year-old apologises to the Iranian people for everything they have had to put up with in the four decades since the revolution. The republic is now forty years old and all those who were or are its leaders should finally admit that they are responsible for their country's plight, he writes, adding: "I, too, am at fault for this darkness and bitterness."

Home
Print
Newsletter
More on this topic
Protests in Iran: No revolution in sightProtests in Iran: The spark that turned into a wildfireProtests in Iran: An own-goal for the hardliners
Related Topics
Ayatollah Ali Khamenei, Ayatollah Ruhollah Khomeini, Economy, Hassan Rouhani, Iranian clerics, Islamic Revolution of Iran, Mehdi Karroubi, Poverty, Social movements, Women in the Islamic world
All Topics

Drought and upstream water diversions have seen the Zayandeh Rood, "fertile river" in Persian, run dry since 2000, with only rare exceptions. The famed river bridges of the ... END_OF_DOCUMENT_TOKEN_TO_BE_REPLACED

Very different Western reactions to the suffering in Ukraine and the Arab world show that there is a profound rift among cultures. Essay by Michael Young END_OF_DOCUMENT_TOKEN_TO_BE_REPLACED

Since the government cut subsidies for food, prices in Iran have skyrocketed. Protests that broke out in Khuzestan province are now spreading across the Islamic Republic. By ... END_OF_DOCUMENT_TOKEN_TO_BE_REPLACED

United Arab Emirates strongman Sheikh Mohammed bin Zayed al-Nahyan, who was formally elected president on 14 May, has led a realignment of the Middle East, creating a new anti- ... END_OF_DOCUMENT_TOKEN_TO_BE_REPLACED

More than 800 Iranian filmmakers have signed a declaration against sexual harassment, coercion and violence in their industry. The public's response to their willingness to name ... END_OF_DOCUMENT_TOKEN_TO_BE_REPLACED
Author:
Ali Sadrzadeh
Date:
Mail:
Send via mail

END_OF_DOCUMENT_TOKEN_TO_BE_REPLACED
Social media
and networks
Subscribe to our
newsletter