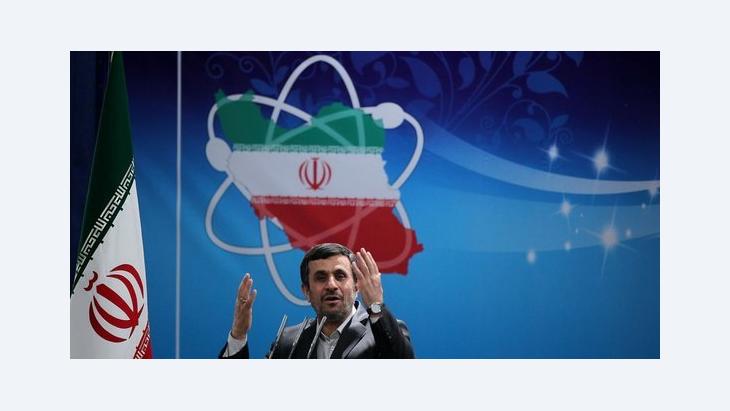 ﻿If Israel attacks Iran in an attempt to avoid a possible catastrophe, it will itself be causing a catastrophe. In this essay, Israeli author David Grossman calls for restraint

Prime Minister Netanyahu has been making many speeches. We see him fire up his audiences, and himself as well, with frequent references to the Holocaust, Jewish destiny and the fate of future generations. One wonders, in light of his doomsday rhetoric, if Netanyahu can always distinguish between the real dangers confronting Israel and the echoes and shadows of past traumas. This question is crucial, because to confuse one with the other could sentence Israel to relive those echoes and shadows.

If all that – the tough talk, the big bellows of catastrophe – is no more than a tactic, meant to enlist the world to tighten the screws on Iran, and if the tactic were to succeed without an Israeli attack, then we would happily acknowledge, of course, that the prime minister did an excellent job, for which he deserves due credit and kudos. But if he indeed thinks and operates within a hermetic world view that swings between poles of disaster and salvation, we are in a very different universe of discourse.

Instead of a one-dimensional translation of the Israel of 2012 into the Holocaust of European Jewry, one question needs to be asked: is it advisable for Israel, on its own, to enter into a war with Iran, a war whose consequences cannot be foreseen, to prevent a future situation that is dangerous indeed but that no one can be sure will ever come to pass? In other words, in order to block a possible disaster in the future, will Israel be driven to initiate a certain disaster in the present? 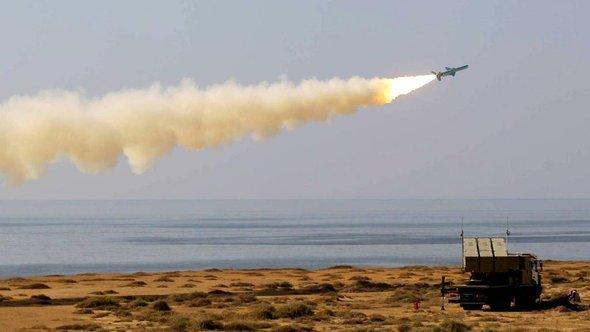 "There is already a balance of terror in place between Israel and Iran. The Iranians have announced that hundreds of their missiles are aimed at Israeli cities, and it is safe to assume that Israel is not sitting idly by," writes author David Grossman

​​It's very hard to decide at a moment like this. It would be hard for any Israeli leader, not least for Netanyahu, to make a level-headed decision in a situation heavy freighted with the trauma that occurred in the past and another that may occur in the future. Can Netanyahu, amid the tangle of pressures that he creates and inflames, find his way to a practical, clear-minded present? A present reality that need not be part of a tragic, apocalyptic myth that somehow strives for fulfilment again and again, in every Jewish generation?

Because this too is the present reality: there is already a balance of terror in place between Israel and Iran. The Iranians have announced that hundreds of their missiles are aimed at Israeli cities, and it is safe to assume that Israel is not sitting idly by. This balance of terror, say the experts, includes unconventional weapons, biological and chemical. To date, this balance of terror has never been violated.

Hate will rise from the dust

No one can know for sure that the balance of terror will last. Nor can anyone be certain that it will not. No one can know whether nuclear weapons or know-how might "trickle" from Iran to terrorist organizations, just as no one can rule out the possibility that the current regime in Iran might be replaced by a more moderate one. The prime minister and defence minister and members of the Security Cabinet who are supposed to vote for or against an attack are working, in the current dilemma, in a zone consisting mainly of conjecture and guesswork and fear. One must not belittle the gravity of such conjectures and fears, but can they provide a solid basis for actions that might bring about irreparable damage?

"It would be hard for any Israeli leader, not least for Netanyahu, to make a level-headed decision in a situation heavy freighted with the trauma that occurred in the past and another that may occur in the future," writes Grossman

​​No one in Israel can be absolutely certain that all of Iran's nuclear potential would be demolished by an Israeli attack. Nor has anyone precise knowledge of the extent of the death and destruction that an Iranian response would sow in Israeli cities. One might also bear in mind the overblown confidence of Israel's leaders, and illusions of accurate military intelligence, at the start of the Second Lebanon War, and the failures of prediction in the First Lebanon War that entangled Israel in an 18-year occupation, and other examples abound.

And this too: even if the infrastructure of Iran's nuclear project were destroyed, it is impossible to destroy Iranian knowledge.

And knowledge, and those who possess it, will rise from the dust, and begin to create new infrastructure, and this time they will be fuelled by the insult of humiliation, and unbridled hatred, and a thirst for vengeance on the part of the whole Iranian people.

Iran, as we know, is not just a radical fundamentalist state. There are wide sectors of the population that are secular, educated and enlightened. There is a broad middle class, including many people who risked their lives in brave demonstrations against the dictatorial religious regime they despise. I am not claiming that the Iranian nation feels any sympathy for Israel, but that same part of the Iranian public, at some point in the future, might be the ones who will lead Iran, and might even warm up to Israel. An Israeli attack on Iran will eliminate that possibility for ﻿many years to come: in the eyes of even moderate, realistic Iranians, Israel will be permanently perceived as a haughty, megalomaniacal nation, an historic enemy to be fought indefinitely. Is this possibility more or less dangerous than a nuclear Iran? 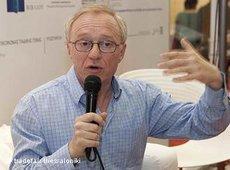 Grossmann fears that an Israeli attack would trigger "unbridled hatred and a thirst for vengeance" among moderate forces in Iran, which may in the future come to rule the Islamic Republic

​​And what will Israel do if at some stage Saudi Arabia also decides it wants a nuclear weapon, and gets one? Attack it too? And if Egypt, under its new regime, also heads down that path? Will Israel bomb it? And forever stay the only country in the region allowed to have nuclear weapons?

Even if these questions have already been voiced and weighed, they must be repeated again and again, before ears go deaf in the din of battle: will war bring any real gain? Any assurance of many years of peaceful life for Israel? Or anything that would create the willingness to accept Israel, at some future time, as a legitimate partner and neighbour, a willingness that in the long run can render all forms of nuclear arms – Israel's, and those of others – superfluous?

The temptation to cling to fear

A legitimate answer to these questions, an answer hard to swallow but worthy of public discussion, is this: if economic sanctions do not cause Iran to halt uranium enrichment, and if the United States, for reasons of its own, does not attack it; even then, it would be better for Israel not to attack, even if this means that Israel, gnashing its teeth, would have to live with a nuclear Iran.

It is very hard to accept that, and one hopes that international pressure will eliminate this eventuality, but a possible Israeli attack is likely to be no less painful and bitter. And because there is no way to ascertain that Iran would indeed attack Israel if it did have nuclear weapons at its disposal, Israel must not attack Iran. Such an attack would be a rash, wild bet, likely to disfigure our future in ways I dare not even imagine. No, I can imagine it, but my hand refuses to write it.

I do not envy the prime minister, the defence minister, and members of the cabinet. Immense responsibility lies upon their shoulders. I think about the fact that in a situation mainly made up of doubt and uncertainty, the one certain thing is often fear. It is tempting for us Israelis to cling to such fears, to let them counsel and guide us, to feel their familiar, reassuring ring. I am sure that those who support an attack on Iran justify it on the grounds that it would be done to forestall the possibility of a bigger nightmare in the future. But has any person the right to sentence so many people to death, only in the name of a fear of a possibility that might never come to pass?

Leading Israeli novelist David Grossman was born in 1954. He was presented with the Peace Prize of the German Book Trade in 2010. His most recent work of fiction to be published in English was To the End of the Land.

Translated from the Hebrew by Stuart Schoffman

The Middle East is plagued by electronic armies working at the behest of one regime or another. Long used by those in power as a weapon in the fight against activists and ... END_OF_DOCUMENT_TOKEN_TO_BE_REPLACED

On Friday, Iranians head to the polls to elect a new president. What's at stake in this presidential election? Sanam Shantyaei explains. END_OF_DOCUMENT_TOKEN_TO_BE_REPLACED

For centuries, the great classical Persian author Hafez has inspired German writers. Translations, adaptions and homages have been created in his wake, and the process continues ... END_OF_DOCUMENT_TOKEN_TO_BE_REPLACED

In the run up to Iran’s presidential election, Supreme Leader Ayatollah Ali Khamenei has sought to entrench his power. Alex Vatanka asks whether a sharp slump in voter turnout ... END_OF_DOCUMENT_TOKEN_TO_BE_REPLACED

Turkey's parliamentary and presidential elections are scheduled for June 2023. But they are already casting a shadow. While the opposition is calling for early elections, ... END_OF_DOCUMENT_TOKEN_TO_BE_REPLACED
Author:
David Grossman
Date:
Mail:
Send via mail

END_OF_DOCUMENT_TOKEN_TO_BE_REPLACED
Social media
and networks
Subscribe to our
newsletter