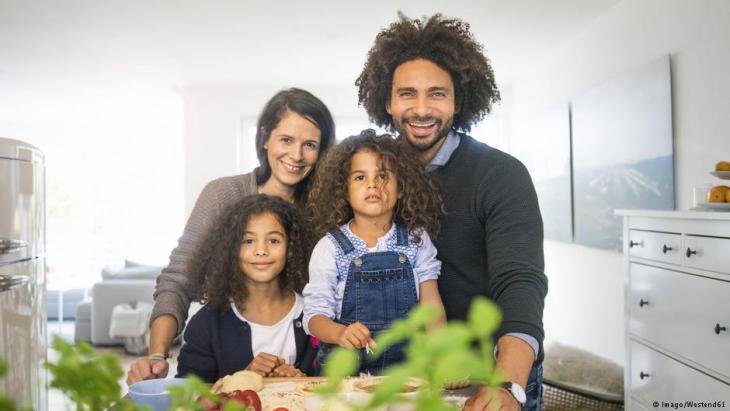 The issue of immigration

German monoculture is a thing of the past

Germany, a nation of immigration – a phrase that was once revolutionary. Now, it's quite simply an assessment of everyday life. An essay by immigration researcher Dieter Oberndorfer

Things are currently being said in Germany that would have been inconceivable just 10 years ago. People who don't look typically German are being declared potential criminals by politicians; the fact that ours is an immigration nation is once again being called into question.

The debate over former national footballer Mesut Ozil has shown how difficult it is for us to unconditionally accept people of different ethnicity as German, even if they have grown up in Germany. According to German Interior Minister Horst Seehofer, immigration is the "mother of all political problems". Itʹs a position that resonates with many.

There it is again, the "ethnic" idea of the German nation as an ancestral community. Politics has never quite managed to abandon this concept: anyone born with German ancestors in Kazakhstan – or anywhere else in the former Communist eastern bloc – may return to Germany as a German, even if their forebears emigrated centuries ago. The definition of emigrants and displaced persons as "ethnic Germans" is an unabashed application of the ethnic nation model. It is a good thing that these people have received assistance to help them get established here, as well as friendly acceptance on the part of the authorities. But this is not the experience of other immigrants.

German society has become an immigration society. This development cannot be reversed – no radical right-wing politician in Germany, Europe or the U.S. will be able to prevent the demographically-prescribed changes occurring within their populations. The right-wingers may create divisions and strife, but they canʹt produce an ethnically pure body of people.

For a pluralist society – individual and diverse

The reforms introduced to citizenship legislation since 1992 have therefore been imperative. These days, being German has far less to do with oneʹs ancestry than it once did. Shrewd politicians have realised that success at the ballot box increasingly requires the votes of immigrants and their descendants. Even the AfD knows this, and actively campaigns for votes within Polish, Russian-speaking and other migrant communities. 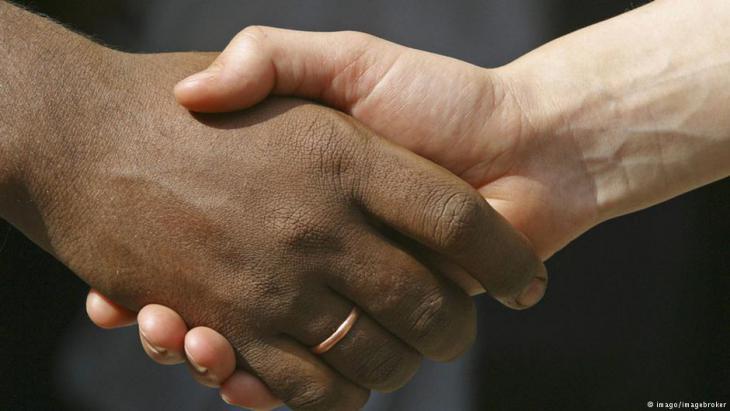 "German society has become an immigration society. This development cannot be reversed – no radical right-wing politician in Germany, Europe or the U.S. will be able to prevent the demographically-prescribed changes occurring within their populations. The right-wingers may create divisions and strife, but they canʹt produce an ethnically pure body of people," writes Oberndorfer

In a recent conversation with Der Spiegel, British journalist and writer Timothy Garton Ash said Europe's intellectuals had paid insufficient attention to the need for homeland and identity; and that these concepts should not be ceded to the right wing. This is a popular thesis at present. It is nevertheless problematic. Within modern, pluralist societies, homeland is individual and diverse; it pertains to very different life experiences and values. The collective and binding definition of the concept of homeland comes at a high price – it would mean imposing it upon a whole range of different life stories and defining who belongs and, by extension, who doesn't.

Even the question of whether migrants belong to "our" homeland is pretty insidious. Invocations of "the" homeland and a "we" are almost always misused to distract from genuine need: wages, employment, affordable housing, health.

Recent events in Chemnitz have shown how demagogues can deploy absurd delusional notions to incite a large number of people against all reality. Heinrich von Treitschke wrote in 1879: "The Jews are our misfortune" – the Nazis gratefully took it up. Today, foreigners are apparently our misfortune, particularly in eastern Germany, where there are hardly any immigrants and where people are better off than their eastern European neighbours.

Sober objectivity is key to any discussion on immigration. Twenty years ago, I founded the "Rat fuer Migration" (Council for Migration) with the historian Klaus J. Bade and a number of others. At the time, we wanted to make clear that Germany is a country of immigration. That may sound obvious now, but it was regarded as revolutionary at the time.

Two decades later, we need to go a step further: German society has become an irreversible immigration society. The idea of a monocultural receiving society facing refugees and requiring them to adapt to it no longer holds true.

Germany has experienced dramatic change through immigration and will continue to do so. That is not automatically good and it unsettles some people. But it is a fact that must be acknowledged. We can then move on to the next step: immigration must be cleverly managed. Incessant problematisation will get us nowhere. Yes, some things are in a sorry mess – but overall coexistence is working well, much better than the current debate would have us believe.

Everything in Germany has changed – take food, an example as mundane as it is obvious: whoʹd want to return to the 50s when it comes to eating? But Germany has gained from immigration in many other important respects. It has become cosmopolitan. The private libraries of our great-grandparents may have been impressive – but they lack much of what is an obvious part of our culture nowadays. 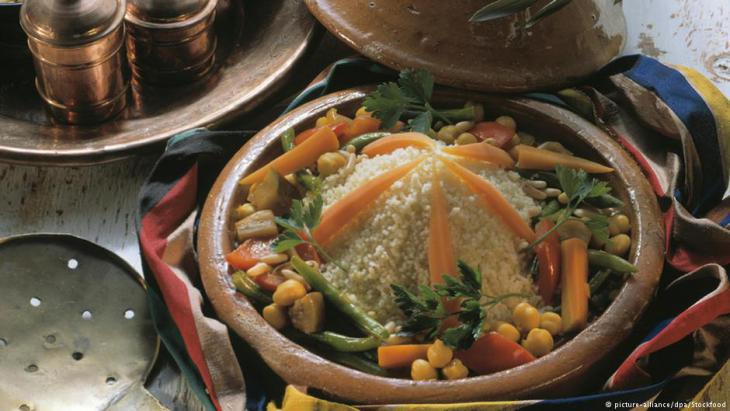 Oriental cuisine a cultural bonus: "everything in Germany has changed – take food, an example as mundane as it is obvious: whoʹd want to return to the 50s when it comes to eating?" asks Dieter Oberndorfer

Bid farewell to the ethnic nation

But as the discourse shows, many are still some way off accepting this approach. We need to work on this. Of course, a pluralist, republican nation is also not immune to demagogues, ignorance and serious setbacks. But it's the better alternative to ethnic narrow-mindedness and an ancestral arrogance that degenerates into criminal acts of violence.

Managing the immigration nation demands an approach that was essentially already clear 20 years ago: the process requires language development, access to the labour market, political participation, opportunities for social encounters in everyday life, as well as through sports and the voluntary sector; it requires integrative local policies, universal suffrage and comprehensive education sector reforms. This is all within our reach. Much has already been achieved, much must simply be continued.

The Federal Republic is strong, despite everything; its citizens must now fight to prevent their nation sliding back into barbarity. In 2015, the lives of refugees were paramount. Anyone fleeing a hail of bombs, toxic gas attacks and other threats to survival should be helped. That is how it must be. Anything else is inhumane.

Nine victims of the right-wing extremist murderer of Hanau had a migration background. The motive for the crime is clear and unambiguous: racism. Sheila Mysorekar from the "Neue ... END_OF_DOCUMENT_TOKEN_TO_BE_REPLACED

The template of the mentally disturbed gunman doesn't fit. Seeing himself as a spearhead, heralding a new rise to power, the murderer of Hanau placed himself squarely in the Nazi ... END_OF_DOCUMENT_TOKEN_TO_BE_REPLACED

A newly leaked document confirms how China is imprisoning Muslim minority Uighurs based solely on their religion. Naomi Conrad met with a whistle-blower and visited relatives of ... END_OF_DOCUMENT_TOKEN_TO_BE_REPLACED

Education is the key to the future. Muzoon Almellehan has known this since she was 14 years old. But she lives in a Jordanian refugee camp. And since then she has been fighting ... END_OF_DOCUMENT_TOKEN_TO_BE_REPLACED

Michael Frey has written a fascinating book about the contemporary political thinker Nassif Nassar. Since 1967, Nassar has devoted his life’s work to the question of a fair social ... END_OF_DOCUMENT_TOKEN_TO_BE_REPLACED

The Kurdish YPG militia did the heavy lifting in the fight against the "Islamic State", yet many foreign YPG adherents, including Germans, have come home to find themselves under ... END_OF_DOCUMENT_TOKEN_TO_BE_REPLACED

Comments for this article: German monoculture is a thing of the past

I would question whether what the author describes as "German monoculture" was ever a thing in the first place? Luther is the only reason the different states even speak the same language. While it's true that there have been sustained attempts on the part of certain parties to create a unified German identity, regional cultural (and, to a degree, linguistic) differences are still more pronounced than some are prepared to admit.

END_OF_DOCUMENT_TOKEN_TO_BE_REPLACED
Social media
and networks
Subscribe to our
newsletter