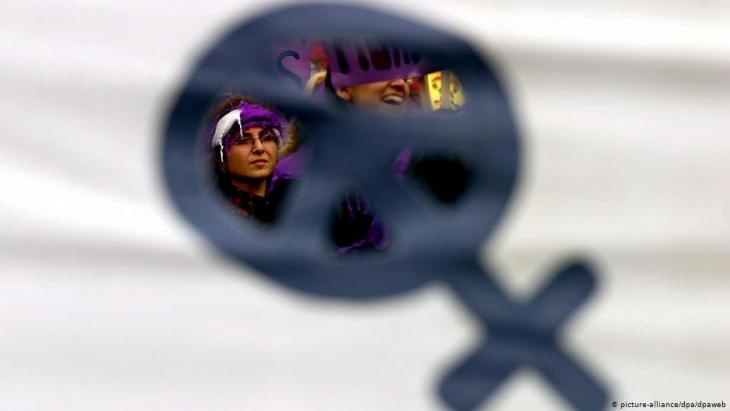 The Istanbul Convention and women's protection
Bombing the heart of the family in Turkey?

Turkey signed up to the Council of Europe's Istanbul Convention, which aims to protect women from violence. Conservative forces in the country, however, are calling for Turkey's immediate withdrawal, claiming the traditional family is in danger. By Pelin Unker and Daniel Derya Bellut

Excesses of violence against women are not uncommon in Turkey. In 2019 in particular, cruel murders of women – such as that of 20-year-old art student Ceren Ozdemir – made the headlines and sparked outrage among the Turkish public. According to the platform "We will stop the murder of women", 474 murders of women were registered last year, a new record.

Despite the shocking figures, the conservative Turkish population seems to have little interest in combatting violence. This is particularly evident in the current debate on the so-called Istanbul Convention. The 2014 Council of Europe Convention aims to curb violence against women, especially domestic violence, and to strengthen gender equality. Turkey was the first country to sign the treaty and had it enshrined in law as a "law for the prevention of violence against women and the protection of the family".

Every Turk's bogeyman: the Istanbul Convention

Particularly orthodox religious forces, however, fear that the treaty could endanger Turkish traditions and customs, with the result that the agreement is being publicly torpedoed. Ebru Asilturk, women's representative for the conservative Islamic Saadet Party (SD), has been vocal in her opposition. In an article published by the conservative "Milli" newspaper, she described the agreement as "bombing the heart of the family". The contract endangers "the family's financial and moral integrity". The treaty collides with article 41 of the constitution, which legally establishes the "protection of the unity of the family". The termination of the treaty is "the only solution", Asilturk concluded.

A statement with explosive force: for days, a possible withdrawal from the Istanbul Convention has dominated the public arena in Turkey. On social media, opponents and supporters are fighting for sovereignty of interpretation. Polemic is booming on Twitter. In one particularly popular cartoon, for instance, the Istanbul Convention is equated with the conquest of Constantinople in 1453. This time, however, the conqueror is portrayed as Uncle Sam, and the convention as an attempt by the West to infiltrate Turkey.

The family as an "unshakeable construct"

Canan Arin, founder of an association for the protection of women, cannot understand why the Istanbul Convention should endanger the integrity of the family. "What does that mean, the family is sacred? Is the family an unshakeable construct where the woman is squashed like a mop every day, used as a birthing machine (...) and as a means of sexual gratification?" Arin points out that the agreement is only there to protect women from violence. She does not understand how this could be a problem.

Canan Kalsin is chairman of the Commission for Gender Equality in the Turkish Parliament. The ACP politician stresses that some critics are intentionally trying to cast the Istanbul Convention in the wrong light. "It is intended to protect victims from violence. Unfortunately, there are those who do not want to accept that". The population must be made more aware of the issue, she said. "We have always tried to explain just how relevant the Istanbul Convention is, and we will continue to do so", the AKP politician asserted. 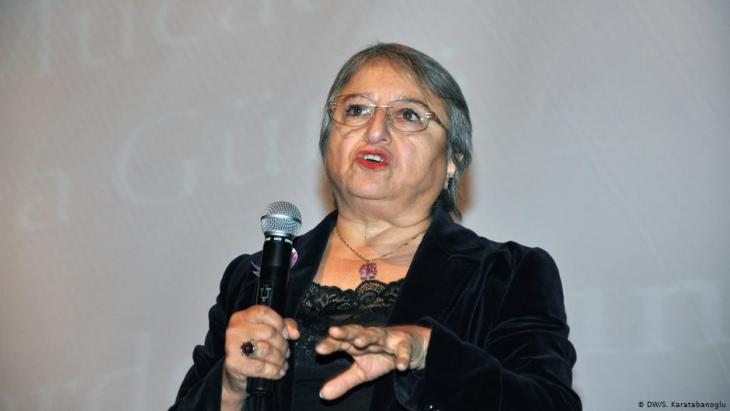 Canan Arin, founder of an association for the protection of women, cannot understand why the Istanbul Convention should endanger the integrity of the family. "What does that mean, the family is sacred? Is the family an unshakeable construct where the woman is squashed like a mop every day, used as a birthing machine?"

Women's rights activists criticise that the implementation of the convention has also been deficient. Although the signatory countries committed themselves to creating framework conditions, the legal norms of the Istanbul Convention are not being applied in practice. The envisaged aid and protection services for women have not been implemented either. Violence and discrimination against women can only be prevented, however, if the judiciary and law enforcement agencies are also prepared to implement the convention, says Canan Gullu, chairwoman of the women's aid organisation Kadin Dernekleri Federasyonu. She believes that the lack of implementation is also related to AKP party policy. "You have to see the whole picture: were you apply the convention in practice, there would be resistance in the ranks of the ruling party," she adds.

There are some in the AKP who accept the Istanbul Convention. But so far there is no political will to combat violence against women in the long term: when around 2,000 women gathered in Istanbul on 25 November 2019 to mark the International Day against Violence against Women and protested against femicide, among other things, the police broke up the rally with tear gas and plastic bullets.

A proposal by the leftist pro-Kurdish HDP to establish a parliamentary commission to investigate violence against women was rejected by the ruling party and the ultra-nationalist MHP last November.

Relations between Turkey and Russia are ambivalent. Moscow is nonetheless trying to prop up the leadership in Ankara. Elections are to be held in Turkey in June – and the last ... END_OF_DOCUMENT_TOKEN_TO_BE_REPLACED

All eyes in Turkey are on a court hearing scheduled for January 30 into a child abuse case that allegedly occurred with the knowledge of one of Istanbul's most powerful Islamic ... END_OF_DOCUMENT_TOKEN_TO_BE_REPLACED

Any reconciliation between Turkey and Syria’s Assad regime would have disastrous consequences for many Syrians, explains Syria expert Kristin Helberg END_OF_DOCUMENT_TOKEN_TO_BE_REPLACED

The poetry of Pir Sultan once prompted uprisings in the Ottoman Empire. To this day, Alevis identify with him. Rainer Hermann visited Mehmet Celebi, a direct descendant of the ... END_OF_DOCUMENT_TOKEN_TO_BE_REPLACED

There are signs of an imminent normalisation of relations between Turkey and Syria. This would allow Erdogan to score political points domestically before the upcoming elections ... END_OF_DOCUMENT_TOKEN_TO_BE_REPLACED

Turkey will mark the centenary of the proclamation of the Turkish republic in October. But 2023 will be an important year in another respect too: Turks will go to the polls in ... END_OF_DOCUMENT_TOKEN_TO_BE_REPLACED
Author:
Pelin Ünker & Daniel Derya Bellut
Date:
Mail:
Send via mail

END_OF_DOCUMENT_TOKEN_TO_BE_REPLACED
Social media
and networks
Subscribe to our
newsletter