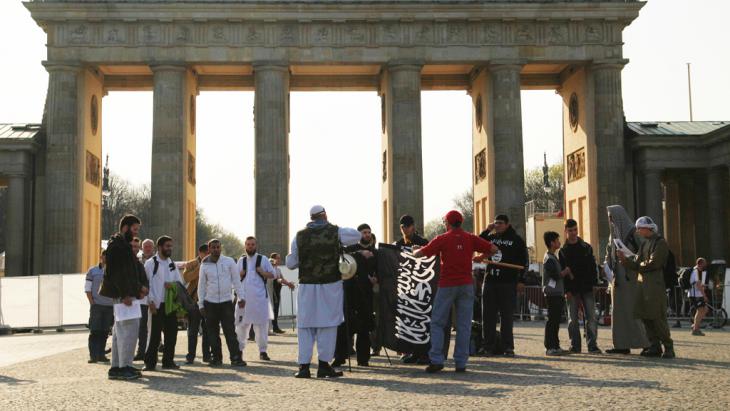 The jihadi fighters of IS

"Jihadism has become a German phenomenon"

German jihadists are participating in Islamic State's war of terror. Security forces fear they could also pose a threat to the country. Guido Steinberg is an expert on Islam and Islamism. He has written a book about Germany's jihadi fighters. Bettina Marx spoke to him about the country's home-grown fighters

Mr Steinberg, you are an expert on jihadism, Iraq and Syria and have just written a book on this topic. How deeply rooted do you think the jihadi movement is in German Muslim society?

Guido Steinberg: In the past few years, jihadism has become a German phenomenon. The perpetrators of 9/11 were Arab students, all of whom came to Germany to study between 1992 and 1996, but who were influenced by their home countries.

Since 2006, there has been a steadily growing jihadi movement in Germany whose members are without exception sociologically German, by which I mean that they have spent a large part of their lives – and above all their youth – here in Germany. More and more of them were born here.

Ethnically, however, they are quite mixed: there are Turks, Kurds and many Arabs from North Africa. There are also many Germans who have converted to Islam and even a number of ethnic Germans from Russia.

What motivates these people? Why is it that they are turning to such an extreme form of Islam?

Steinberg: Since 2006, German jihadists have been going to jihadi war zones, first in Pakistan, Afghanistan and some to Somalia. A few have tried to go to Chechnya. Now, for the most part, they are going to Syria and Iraq.

Their motivation to help beleaguered Sunni Muslims is very strong. There is a second reason that has become more important in the last few months: these young Salafists want to live in an Islamic society and they believe that this is not possible here in Germany or in Arab countries, but only where jihadists are fighting the supposed enemies of Islam.

Add to that more personal reasons, such as boredom and the urge to seek thrills. Moreover, in the past few months, it has also become obvious that some simply wish to live out their fantasies of violence. 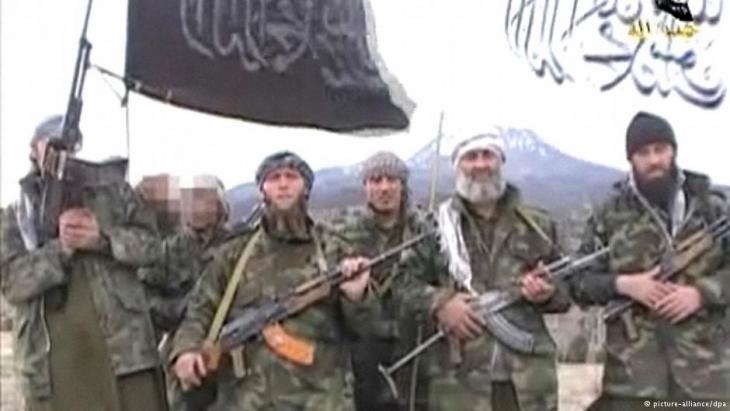 Guido Steinberg lists a number of different reasons why German Salafists are going abroad to join the jihad: to help beleaguered Sunni Muslims, to live in an Islamic society (something they feel they cannot do in Germany) and in some cases, to alleviate boredom or even to live out their fantasies of violence

Do these jihadists really pose a threat to Germany, to the state and society?

Steinberg: Yes, I believe there is a threat. But it shouldn't be exaggerated. We have been living with the phenomenon of German jihadists for eight years now. These are people who receive training from al-Qaida and a number of other organisations and participate in jihad. Most of them return to Germany, and a number of them have planned attacks in the past.

However, at least the attacks planned by those returning from jihad have all either failed or been foiled. It is often said that it is only a question of time before an attack happens here. In my opinion, this is nonsense. But I do believe it is highly probable that attacks are being planned here in Germany.

How well prepared are Germany's security forces and intelligence services to counter this threat?

I believe that the security authorities are weak because German politicians want them that way. But considering the growing threat in Germany, I think a different response would be appropriate.

We have seen in the past that German security services have been very poor in monitoring radicalisation processes. Many terror suspects were only arrested relatively late in the day and with American help. But I would say that this is a problem with the entire security structure, in other words, there is also a problem with ministerial and parliamentary oversight. 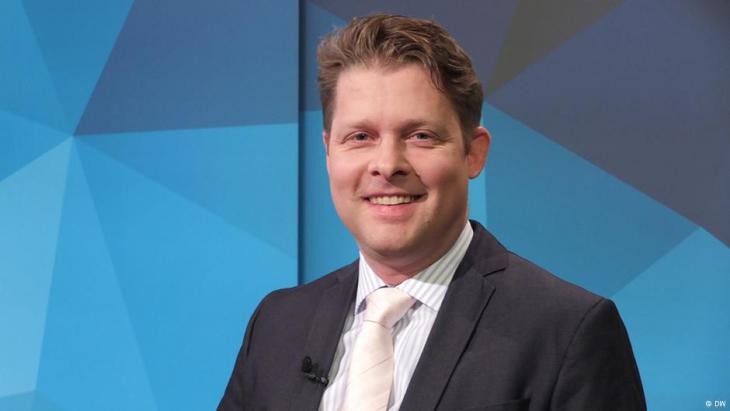 Guido Steinberg works at the German Institute for International and Security Affairs (SWP) in Berlin. His area of expertise is politics of the Middle East with emphasis on the Arabian Peninsula, political Islam and Islamist terrorism

What role is Turkey playing? Does it support Islamic State (IS) or is it against it?

Steinberg: Turkey is playing an extremely problematic role that is not appropriate for its status as an ally of most Europeans in NATO. That has to do with priorities in Turkey's Syria policies.

Above all, Turkey is after two things: it wants to topple the Assad regime. That is an important Turkish foreign policy goal and a top personal priority for President Erdogan.

The second main objective is to contain the Syrian offshoot of the PKK. There are three territories in northern Syria that are governed by Kurds. There, the Democratic Union Party (PYD for short) is controlling the current situation. The PYD is nothing other than the Syrian PKK; it is completely intertwined with the militia and monetary threads of the PKK.

Turkey has undoubtedly developed an interest in at least containing IS, but that falls far behind the other two priorities. That's why, time and again, we see that an influx of foreign fighters is tolerated in Turkey and that weapons can be smuggled across the Turkish–Syrian border.

Two other states have been named in the context of IS: Saudi Arabia and Qatar. Both have been accused of financing terrorism since the civil war in Syria began. 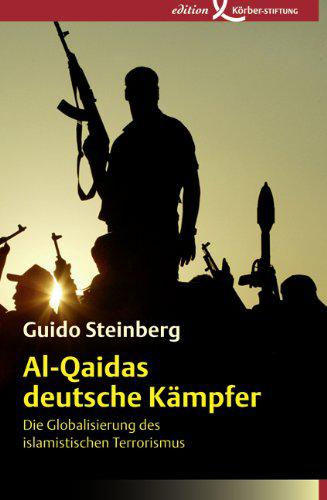 Steinberg: The biggest problem is, in fact, Turkey. As early as 2011, Turkey and Qatar began supporting Islamist and Salafist and jihadi groups, among them, the Nusra Front, which was at the time the Syrian offshoot of IS. This reproach must be levelled at Turkey and Qatar.

However, for the past year-and-a-half or so, they seem to be supporting a new partner, the Free Men of the Levant, or Ahrar al Sham in Arabic. This is not a group of jihadists with an international agenda, but a group of Salafists with a more national, regional agenda. To a certain extent, they are the Syrian Taliban. Whether supporting them is smart politics is questionable. Ahrar al Sham is not on any European blacklists, but in my opinion, it should be, and Turkey and Qatar should be encouraged to end their dealings with the group as quickly as possible.

Saudi Arabia is a bit different. Saudi Arabia has supported the Free Syrian Army (FSA) since 2011. Ultimately, this is totally compatible with American and European politics. There is absolutely no evidence that the Saudi Arabian state has supported the Nusra Front or the IS. On the contrary, Saudi Arabia has strongly opposed the group for some time, has worked extremely well with the Europeans and agrees with many of the Europeans' misgivings about Turkey's position. I believe it is completely wrong to accuse the Saudis of any wrongdoing with regard to IS.

The biggest problem, however, is Kuwait. It is the financial hub for Syrian insurgents in the Gulf region. Here too, however, it is not the state that is financing the groups.

Steinberg: I think public statements made by the Americans and also the Europeans in recent months have made clear that they accept that Assad will continue to rule part of the country. Personally, I believe we should not go so far as to rehabilitate him and co-operate with him. That is a mistake that the Western community, the Europeans, made for many, many years: they have co-operated with essentially unacceptable dictators.

I would advise Western politicians to avoid doing that if they want to retain any amount of credibility in the region. On the other hand, most states see IS as a much larger threat than Assad.

But I think we shouldn't forget that Assad is responsible for nearly all of the 200,000 deaths incurred in Syria over the past three years and IS for only a fraction of that. Both the Assad regime and IS are our enemies and they must both be combated.

Home
Print
Newsletter
More on this topic
The genesis of Islamic State: A new chapter in the decline of the Arab worldThe fight against IS: No alternative to civil and human rights in the Arab worldSalafists in Germany: A simple world view and the promise of paradiseQantara dossier: "Islamic State"
Related Topics
'Islamic State' | IS, Al-Qaida, Assad regime, European Union (EU), International terrorism, Islam and the West, Islam in Europe, Islam in Germany, Islamism | Political Islam, Jihad, Jihadism | Jihadists, Muslims in the West, U.S. policy in the Middle East
All Topics

Reading Hassan Blasim's God 99 is an immersive experience of grief and exaltation, anger and disgust, writes Marcia Lynx Qualey. We join the Iraqi narrator as he sits around in ... END_OF_DOCUMENT_TOKEN_TO_BE_REPLACED

Turkey's parliamentary and presidential elections are scheduled for June 2023. But they are already casting a shadow. While the opposition is calling for early elections, ... END_OF_DOCUMENT_TOKEN_TO_BE_REPLACED

Recep Tayyip Erdogan, disappointed by the European Union’s reluctance to integrate Turkey into its ranks, has re-directed his country’s diplomacy toward the Maghreb and Africa to ... END_OF_DOCUMENT_TOKEN_TO_BE_REPLACED

A law is currently being debated in Morocco that would legalise the cultivation and export of medicinal cannabis. For many small farmers, this would bring considerable advantages ... END_OF_DOCUMENT_TOKEN_TO_BE_REPLACED

Philosopher Juergen Habermas was due to be awarded a major Arab prize in Abu Dhabi, but has turned it down following criticism. This decision torpedoes Arab efforts at a ... END_OF_DOCUMENT_TOKEN_TO_BE_REPLACED
Author:
Bettina Marx
Date:
Mail:
Send via mail

END_OF_DOCUMENT_TOKEN_TO_BE_REPLACED
Social media
and networks
Subscribe to our
newsletter