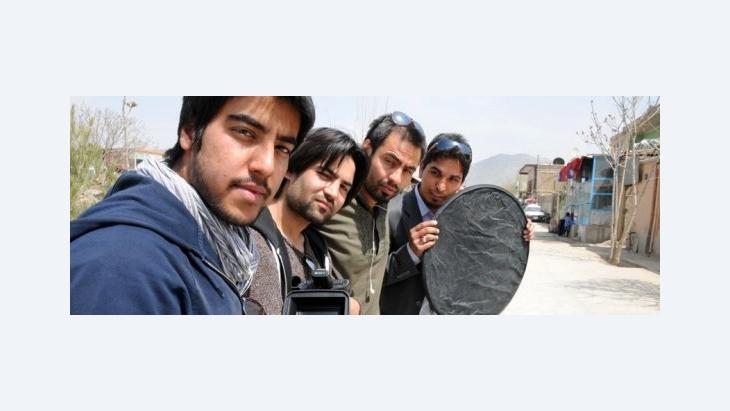 ﻿Afghanistan is often regarded by those in the West as a cultural wasteland. Yet, there has been a growing spirit of confidence among cineastes in the Hindu Kush. The most recent example is the Jump Cut Film Collective. Martin Gerner reports from Kabul

Fifteen young men between the ages of 20 and 30 meet together every week. They sit on a rug in a dimly lit room, drink tea, and nibble on dried fruit, all the while discussing cinema and film. This is a rare sight for the cultural scene in Kabul, especially when the group is united by a common idea. In the case of Jump Cut, it is a particular film aesthetic, borrowing notions of narrative style and editing from the Dogma school, emphasizing authentic, unaltered, non-mainstream cinema.

It is no coincidence that the name Jump Cut is taken from the work of the French film master Jean-Luc Godard. Jump Cut refers to a technique of film editing, which utilizes jumps in time and space, among other things, to consciously irritate the viewer. Similar to Godard, the films of the Jump Cut Collective frequently employ complex narrative structures. As such, their films stand out from the many other independent productions shot in Afghanistan. 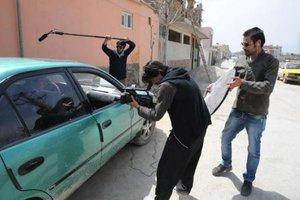 Unconventional, imaginative, and independent: The Jump Cut Collective at work in the streets of Kabul

​​Whenever possible, the weekly meetings of Jump Cut serve as working sessions – script ideas are exchanged, decisions made on which resolutions should be used for the next shoot, and up-coming festivals are discussed. And, of course, work within a collective also reduces costs – just like sharing a flat. In a country without any funding for film by the state, every cent counts.

"All our films have been produced without any foreign aid money. We finance our own work and productions," says the film director Jalal Husseini. In order to finance their films, most of the filmmakers in Jump Cut also work at the new television stations that have emerged in Kabul over the past few years. Some work as editors, while others translate foreign television shows that are dubbed for Afghan television.

The group has stated that it has no interest in chasing after funding from international organizations. Such support often entails the loss of artistic identity.

For example, Hassan Fazeli, one of the directors in the group, once shot a film dealing with women's rights that was financed by foreign donors. The script and dialogue were determined in advance of filming, he recalls, and it was next to impossible to deviate from the script. The group thereby aims to avoid any such compromises.

"Foreigners frequently don't understand how things function in Afghanistan," says one of the younger members of the group. In fact, even ten years after 9/11, locals and international players usually live in parallel worlds. 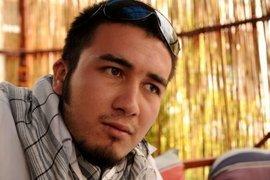 Truly independent: "All our films have been produced without any foreign aid money. We finance our own work and productions," says Jalal Husseini

​​Instead of cementing old prejudices, Jump Cut aims to break out of the stereotypes so often characterizing the films about Afghanistan shown at film festivals. "Most people in the West think of Afghans as ready to kill each other in the name of Islam at the drop of a hat," says author and cameraman Ali Husseini, in response to the wide-spread cliché about his country. "Just look at any Hollywood film. We are always portrayed as terrorists with long beards."

By contrast, Jump Cut produces personal films dealing with real-life stories. "It could be a story about a family working and raising a family in Kabul – or about their expectations for the future," says Husseini.

Some of the members of Jump Cut grew up in Iran. Some studied theatre and film in Kabul, without, however, receiving much support for their own work, members unanimously remark. The level of university education was simply too inadequate following the all years of war. Most of the members were therefore forced to learn their trade on their own.

"We try and keep up-to-date with worldwide trends in cinema – whether Hollywood or European films," says Ali Husseini. The group has been strongly influenced by the films of the Nouvelle Vague, the group of French avant-garde filmmakers of the late 1950s and 1960s. They stress, however, that "we experiment and make our own style of films. We always try and maintain the highest professional standards and expand the limits of what is possible."

The group recently crossed the border into neighbouring Tajikistan. At the Didar Film Festival, three Jump Cut productions were awarded and only narrowly missed winning top prizes. With its unconventional combination of poetry, veracity, and impressive amateur actors, "Angels of Earth" is perhaps one of the most touching short films to have come out of Afghanistan since 2001. "Toilet" and "The Locked Room" create feelings of intensity and anxiety through the skilful use of imagery and sound. 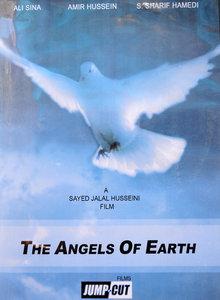 Poetry, veracity, and impressive amateur actors: "Angels of Earth" is perhaps one of the most touching short films to have come out of Afghanistan since 2001, writes Martin Gerner

​​Jalal Husseini, who was recently invited to the Berlinale Talent Campus, has picked up on something else. "I realized it was important for me to contemplate the audience we were targeting with our films." The group not only deals with the medium of film as such, but also addresses social issues.

"Filmmakers are important in countries like Afghanistan, because they can offer the country an identity," explains the director Hassan Fazeli. "Many people are searching for their own identity. We, as independent filmmakers, can have a positive effect in these circumstances."

In order to be officially registered with the state cultural authorities, Jump Cut was eventually forced to pay a bribe. "They demanded 100 US dollars," said one of the Jump Cut screenwriters, "just because we have a foreign name."

Comments for this article: A Spirit of Confidence in Kabul's Film Scene

END_OF_DOCUMENT_TOKEN_TO_BE_REPLACED
Social media
and networks
Subscribe to our
newsletter