The problem is that the faults of the young and impulsive Crown Prince are many. In addition to his role in the murder of Khashoggi, he recklessly ordered the Saudi attack on Yemen that triggered his country’s equivalent of the U.S. war in Vietnam – a strategic and humanitarian catastrophe. He kidnapped the Lebanese prime minister, did all he could to undermine Qatar, arrested wealthy Saudis who refused to embrace his consolidation of power, froze diplomatic relations with Canada over a critical tweet and imprisoned political activists, including women seeking greater rights.

The Saudi strategy for dealing with the outcry over Khashoggi’s murder is clear: hunker down and weather the storm. MbS and his inner circle are calculating that the world’s outrage will fade, given their country’s importance. He has good reason to believe that other Sunni Arab states will stand by him, given the subsidies he provides. 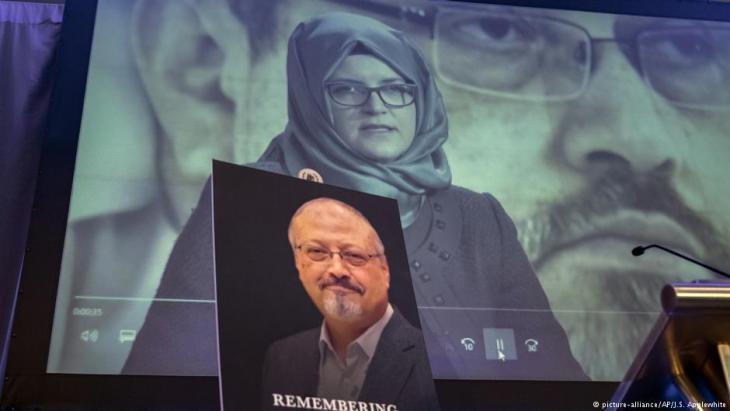 The undeniable truth: Jamal Khashoggi was murdered by individuals with close ties to the Saudi government and its de facto leader, Crown Prince Mohammed bin Salman. Weeks of official Saudi denials and lies only reinforced the conclusion – now also the reported judgment of the CIA – that the murder was premeditated and approved at the top. MBS’s direct role may not be 100% proven, but most observers familiar with Saudi Arabia harbour little doubt

Potential for carrot and stick approach

Israel, too, has indicated support for MbS, owing to his willingness to move in the direction of normalising relations and, more important, the two countries’ shared interest in countering Iranian influence in the region. And U.S. President Donald Trump’s administration is standing by its man, so far refusing to acknowledge his role in Khashoggi’s murder and resisting calls for sanctions against Saudi Arabia.

What, then, should be done? Former U.S. Secretary of State James A. Baker recently drew a parallel to U.S. policy toward China in 1989, at the time of the massacre of protesting students in Beijing’s Tiananmen Square. George H.W. Bush’s administration (of which I was a part) worked hard to thread the needle: introducing sanctions to convey displeasure with the Chinese government, but limiting the punishment and keeping lines of communication open, given China’s importance.

In the face of COVID-19, we need to admit the political mistakes of recent years and adjust our trajectory according to the compass of reality. People around the world – ... END_OF_DOCUMENT_TOKEN_TO_BE_REPLACED

Going by the official numbers, Turkey is doing well, especially in comparison to other countries. But does this impression correspond to the reality? There are significant reasons ... END_OF_DOCUMENT_TOKEN_TO_BE_REPLACED

As COVID-19 sweeps across the globe, it is forcing religions to adapt and take action to prevent infection. But experts warn against using the crisis to fuel conspiracy theories. ... END_OF_DOCUMENT_TOKEN_TO_BE_REPLACED

The parties at the centre of Germany's political landscape have often exhorted citizens to distance themselves from the right-wing AfD party. And yet, Europe's response to what is ... END_OF_DOCUMENT_TOKEN_TO_BE_REPLACED

The battle for Idlib is likely to be the last, bloody conflict in the Syrian war. Refugees have fled the city in droves, but Huda Khayti is determined to stay and fight for her ... END_OF_DOCUMENT_TOKEN_TO_BE_REPLACED

Why are predominantly Muslim countries lagging behind when it comes to democracy and human rights? Dutch sociologist Ruud Koopmans uses a lot of figures to underpin his theory ... END_OF_DOCUMENT_TOKEN_TO_BE_REPLACED
Author:
Richard N. Haass
Date:
Mail:
Send via mail

END_OF_DOCUMENT_TOKEN_TO_BE_REPLACED
Social media
and networks
Subscribe to our
newsletter