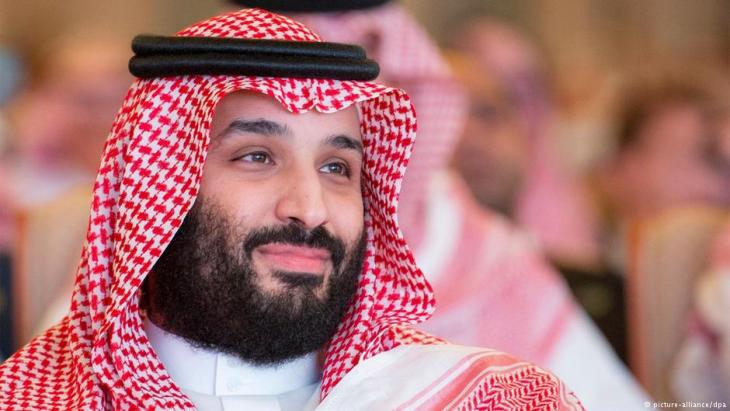 The killing of Khashoggi
Letting Mohammed bin Salman off the hook

Despite global media coverage and condemnation by governments and human-rights activists, Saudi officialsʹ murder of journalist Jamal Khashoggi has not led to any meaningful sanctions. And such impunity is an important reason why the murder happened in the first place. By Leon Willems

The details of the brutal, premeditated murder of Saudi journalist Jamal Khashoggi are astonishing. For starters, there is the location: not some dark alley but inside his countryʹs consulate in Istanbul.

Next, there are the alleged perpetrators: a 15-member team that included a forensic doctor who once worked in Australia and brought a bone saw and a body double who put on Khashoggiʹs clothes – probably while they were still warm – and casually slipped out the back door. But the most shocking revelation may be this: the Saudis knew they could get away with murder.

Recent figures published by UNESCO, the United Nations organisation that is tasked, in part, with promoting the safety of journalists worldwide, show that in nine of ten cases, perpetrators are never punished for murdering a journalist. Because impunity is the norm, Saudi authorities took the gamble that even if the killing came to light, the consequences would be minor.

And they were right: although prosecutors in Saudi Arabia are seeking the death penalty for five of the suspects, the international response has so far been meek.

Despite the global attention the murder has received, most leaders have only promised to "consider" sanctions against Saudi Arabia; others have dismissed the idea outright. 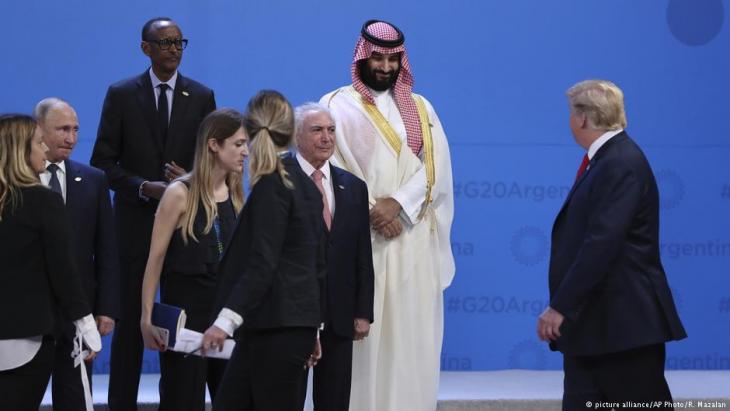 Counting on Trump: Saudi Arabia has rejected a resolution passed by the U.S. Senate on 13 December, which directly pinned the blame for the murder of Saudi dissident Jamal Khashoggi on Crown Prince Mohammed bin Salman. The resolution was "based upon unsubstantiated claims and allegations, and contained blatant interferences in the Kingdom's internal affairs," a statement from the Saudi foreign ministry said

U.S. President Donald Trump, for example, has said that although the official Saudi explanation is unsatisfactory, he has no intention of responding by curbing arms sales or trade. Leaders in France and Spain have expressed similar sentiments.

Such bluntness illustrates that when economic interests are pitted against human rights, the former always take precedence. It is not only the loss of a journalistʹs life that needs to be mourned, but also the erosion of civil liberties and free speech – especially in the Middle East.

As the Committee to Protect Journalists reported last month, three of Saudi Arabiaʹs closest regional allies – the United Arab Emirates, Egypt and Bahrain – issued statements supporting the Kingdomʹs response to the Khashoggi killing. Saudi-owned domestic and pan-Arab media toed the line, too, while an army of online trolls quickly set to work to defend the Kingdomʹs rulers and smear its critics.

Nouara may be 65, but she is ready to join thousands of others who burn their ID and pay traffickers for the chance of a new life in Europe. Zineb Bettayeb reports END_OF_DOCUMENT_TOKEN_TO_BE_REPLACED

Antoine Leiris lost his wife in the Islamist terrorist attack on the Bataclan club in Paris. German director Kilian Riedhof has made a film of his book "You will not have my hate ... END_OF_DOCUMENT_TOKEN_TO_BE_REPLACED

Following the recent brutal attack on Salman Rushdie, famous writers have been reading passages from his works. Torsten Landsberg takes a look at the struggle in 1988 to publish " ... END_OF_DOCUMENT_TOKEN_TO_BE_REPLACED

Much has changed in the European post-fascist firmament since former SS officers, veterans of the collaborationist Vichy government and other dubious figures established the ... END_OF_DOCUMENT_TOKEN_TO_BE_REPLACED

END_OF_DOCUMENT_TOKEN_TO_BE_REPLACED
Social media
and networks
Subscribe to our
newsletter