Skip to main content
The Kurdish Conflict in Turkey

A Yearning for Peace

Erdogan's government plans to grant twelve million Kurds more freedom of language and other democratic rights in an attempt to end the 25-year Kurdish conflict. Nationalists, however, are already up in arms at the prospect. Ömer Erzeren reports 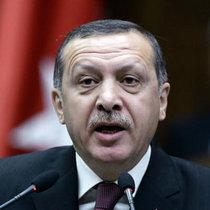 Controversial: on 13 November 2009, Turkish Prime Minister Recep Tayyip Erdogan presented his plans for a peaceful solution to the Kurdish conflict to the parliament in Ankara

​​ Only 17 years ago, Leyla Zana, an elected member of parliament, was dragged from the podium for taking the oath on the constitution in the Kurdish language. Zana and her supporters were stripped of their parliamentary immunity; elected members of parliament spent a decade in prison.

It was a time when the state itself denied the existence of the Kurdish language, pursued the assimilation of the Kurds, and passed laws to combat terrorism, without ever naming the causes of the bloody conflict. Throughout several decades of this war-like dispute, some 40,000 people have been killed: Turkish soldiers, PKK fighters and, above all, Kurdish citizens.

The climate has since changed, as parliamentary sessions this month clearly demonstrate. For example, the chairman of the Kurdish Democratic Society Party, Ahmet Türk, spoke of the suffering of the Kurds in Turkey, state discrimination, repression, and the bloody past.

The Kurdish guerrilla organisation PKK (The Kurdistan Workers' Party), said Türk, is the result of a failed state policy that refuses to grant the Kurds their rights. He even went as far as to say that: "the guns could be silent within three months!"

The chamber remained surprisingly quiet while Türk, who spoke of the "genocide on the Kurdish people" after the military coup in 1980, addressed the assembly. The members listened to what he had to say.

The commotion only began when Turkey's prime minister, Tayyip Erdogan, made a statement about the government's plans to grant the Kurds far-reaching democratic rights.

Erdogan's speech was an appeal to stop the bloodshed and a demonstration of the desire for reconciliation. The prime minister even compared the concern felt by a soldier's mother to that felt by a guerrilla's mother. 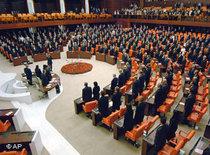 "The guns could be silent within three months!": for the first time in the history of the Republic, the parliament dedicated two sessions to the Kurdish question

​​ A comparison such as this is clear evidence of the paradigm shift in Turkish politics. When the prime minister went on to criticise those who "tried to make politics over the bodies of fallen soldiers", the members of parliament from the Republic People's Party stood up and walked out of the chamber.

Before they did, opposition leader Deniz Baykal accused the prime minister of "collaboration with the terrorists of the PKK". The Nationalist Movement Party (MHP) also spoke of "treason against the fatherland".

This is all the more interesting because the actual package of democratisation measures put forward by the government contents itself with minor reforms that seek to strengthen the democratic rights of the citizens.

Were the plan to be adopted, an independent supervisory panel to investigate claims of human rights abuses and torture and a commission to combat discrimination would be set up. Politicians would be able to make speeches in Kurdish without fear of criminal prosecution. 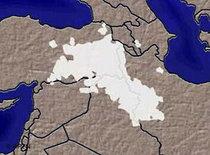 ​​ Preaching in the Kurdish language in mosques would be permissible, as would all-day television and radio broadcasts by private broadcasters. Centuries-old Kurdish place names that were turkified as part of the state's assimilation drive, would be allowed to assume their original names again.

The package of measures is certainly not as ground-breaking as it might appear at first glance. Important questions such as the right to teach in the Kurdish language in state schools was not included.

Minister of the Interior, Besir Atalay, spoke of a "dynamic process". In the long term, he said, a democratic and civil constitution that "takes account of pluralism and civil rights and liberties" would be needed. Despite isolated amendments, the 1982 constitution imposed by the military after the coup in 1980 is still in place.

The very fact that this is the first time a government is actually referring to the problem and allowing a parliamentary debate about it, shows how explosive the matter is. "We don't want mothers to cry because their sons have been killed" was a phrase repeated several times by the prime minister.

Comparisons to the Dersim revolt

A member of parliament for the opposition, Onur Öymen, referred to the Dersim rebellion of 1937/38 and justified military suppression. Back then, he said, mothers cried as well.

The putting down of the Dersim revolt, the bombardment of villages and the enforced deportation of tens of thousands of Alevi Zaza was one of the bloodiest chapters in modern Turkish history. However, the concept of military crackdowns does not meet the expectations of a society that has suffered the loss of tens of thousands of lives and yearns for social peace.

Erdogan and his ministers want to campaign across the country in the coming weeks for their programme of "Democratic opening". The opposition will campaign against the government's plans using catchphrases like "treason against the fatherland" or "collaboration with terrorists". Polarisation might be the result.

A storm of outrage

More than anything else, it is the PKK that is giving the opposition material for propaganda. On the instructions of the leader of the PKK, Abdullah Öcalan, who is serving a prison sentence on the prison island of Imrali, eight PKK guerrillas crossed the border into Turkey at Habur in October as "messengers of peace". They announced that they had laid down their weapons.

Solidarity with Abdullah Öcalan: in Diyarbakir, a city in the south-eastern part of Kurdish Turkey, about 5,000 Kurds gathered on 19 October to demonstrate for the release of the imprisoned PKK leader

​​ The Turkish state sent public prosecutors and investigating magistrates to the border-crossing to question the guerrillas. After several hours of questioning, the men and women were eventually released.

Tens of thousands of Kurds greeted the arrival of the PKK guerrillas by chanting in unison, waving PKK flags, and holding aloft pictures of the imprisoned Abdullah Öcalan. The television images of what went on at the border-crossing unleashed a storm of outrage in western Turkey. Nationalist circles mobilised the mothers of fallen soldiers. The government went on the defensive and claimed that it would never negotiate with terrorists.

The PKK as the biggest challenge

It is a fact that the existence of an armed guerrilla organisation with thousands of fighters hiding in the mountains is the greatest obstacle to overcome.

Many Kurds are not looking for democratic rights alone, but also for a reappraisal of their own history. Abdullah Öcalan and the PKK fighters are national heroes in the eyes of millions of Kurds. But no Turkish government can afford to publicly enter into dialogue with the PKK, despite the fact that it seems evident that some kind of contact has been made via the secret services at the least.

In the long term, however, the only way to reach a solution is for the PKK to lay down its arms and be integrated into the legal, institutional framework of the political system.

Finding a solution to the Kurdish question is not only on the political agenda of the governing party. The reason of state being that Turkey's foreign policy interests require a peaceful solution to the conflict.

Only a decade ago, Turkey and Syria stood on the brink of war because Syria was sheltering PKK leader Öcalan. A few weeks ago, the need for visas for travel between Syria and Turkey was abolished. The two states now want to clear mine-fields and use the border region for organic farming. 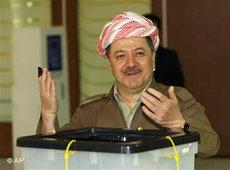 ​​ The autonomous region of Kurdistan in northern Iraq enjoys relative independence from the central government in Baghdad and has its own oil and gas reserves. For decades, the Turkish army conducted military operations in Iraqi Kurdistan and bombarded PKK camps there from the air. Moreover, Turkey always supported Baghdad against the Kurds.

Today, economic ties between the two partners are excellent: Turkey is now the biggest investor in Iraqi Kurdistan and provides an energy corridor for oil and gas to the refineries and the harbour at Ceyhan on the Mediterranean.

Turkey and the autonomous region of Kurdistan have become two players with the same economic interests. Not surprisingly, armed guerrillas in the mountains do not fit into this scheme of things.

The "Kurdish opening" is the most important and, at the same time, the most dangerous political project undertaken by Erdogan's conservative government. If the project to establish social peace and to silence the guns succeeds, Erdogan's position will be strengthened.

If it fails, he could lose everything. The Kurdish question in Turkey has not been solved by the current "democratic opening", but it has reached a point where the wheel of history can no longer be turned back and where the way has been paved for a solution.

A Shift in Turkish Foreign Policy
Turkey's Strategic Depth
Ever since the AKP government came to power, Turkish foreign policy has been in a state of change: shifting from being largely passive and one-dimensional to a dynamic, multi-dimensional diplomacy. The architect of this reorientation is Ahmet Davutoglu, Turkey’s new foreign minister. Nimet Seker has the details

END_OF_DOCUMENT_TOKEN_TO_BE_REPLACED
Social media
and networks
Subscribe to our
newsletter