Skip to main content
The Kurdish Issue in Turkey

Around 20 percent of the Turkish population is Kurdish. Since the time of Atatürk, in spite of the size of this minority, the Turkish state has followed a policy towards them of assimilation or "Turkification." Mesut Yagin reports

​​Turkish policy towards the Kurds was for many years determined by the 1924 constitution, which refused to acknowledge the possibility of any ethnic identity other than that of the Turks. The only exception to this rule was in the case of non-Muslims.

But in other cases, ethnic identities could not be promoted by education programmes or by publications, and no ethnic community was allowed to claim special rights in the public administration or in political and cultural affairs.

According to the constitution, those Turkish citizens who were not Turks in ethnic terms were to be assimilated. It was under this principle that the Republic carried out its policy towards the Kurds.

The Kurdish revolts which were repeatedly directed against this policy were put down in short order, and the policy of "Turkification" functioned almost perfectly until the 1970s.

The boom in the national economy in the fifties and the lack of development in the areas where the Kurds lived led many Kurds to leave their homes and move to the West of the country. Many Kurds came to assimilate as a result of this process.

But a new Kurdish opposition, which fundamentally opposed the government's policy on the Kurds, arose in the early seventies. This opposition, led largely by doctors, lawyers and students who had studied in Western Turkey, was characterised by a left-wing rhetoric.

The military putsch of 1980 saw the movement, which was increasingly finding support among the poor Kurdish farmers, thoroughly destroyed.

In the following years, the government pushed its policy of assimilation more energetically by means of military repression. In spite of the transition to a civilian government in 1983, the state of emergency in the areas where the Kurds lived remained in place.

The most public result of this policy of repression was the clear domination of the Kurdish opposition by those who supported a military line. The PKK, which wanted to win an independent Kurdistan using a strategy of guerilla warfare, emerged as almost the only important Kurdish organisation after 1980. 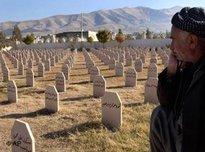 ​​Following the massacre of the Kurds in the Iraqi town of Halabja in March 1988, the collapse of the Soviet Union and the US intervention in Iraq in 1991, the Kurds in Iraq began to enjoy international protection. That led to a mobilisation of the Kurdish population in Turkey, resulting in strong support among Kurds for the PKK and the legal political parties which supported it.

In the early nineties, as the Kurds became ever more active, those in power offered signals that they might be ready to follow a policy towards the Kurds which might lower the tension. Laws prohibiting the publication of Kurdish books and newspapers were repealed, and the then prime minister, Süleyman Demirel, recognised the existence of an ethnic community called "The Kurds."

The president, Turgut Özal, met Kurdish members of parliament and called on them to convince the PKK to lay down its arms. Shortly after the PKK declared a ceasefire, President Özal died suddenly in circumstances which were regarded by some as suspicious.

The return to the hard line

The death of President Özal meant the death of the process of relaxation in Kurdish policy. The state refused to negotiate; it followed a hard line which began with an aggressive military policy towards the PKK.

This was a period which saw the killing of many Kurds, among them politicians, journalists and businessmen, who were accused of supporting the PKK. The killers remained at large.

Members of the PKK and their alleged accomplices were not the only victims of this aggressive policy; this period saw widespread displacement of the Kurdish population as a whole.

Official figures show that thousands of Kurdish villages were cleared, over a million Kurds were forced to leave their homes and move to other parts of the country. As a direct result of this policy of displacement, the economy of the region, which was largely based on cattle-breeding, collapsed. Poverty became an element which was not to be underestimated in the Kurdish issue.

The cessation of hostilities

This policy reached its climax with the capture of the PKK leader, Abdullah Öcalan, in Kenya in 1999. He was returned to Turkey and condemned to life imprisonment. 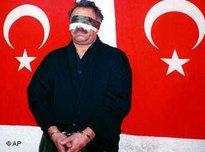 ​​At Öcalan's bidding, the PKK stopped its armed attacks and withdrew its activists to camps outside Turkey. Shortly afterwards, Öcalan declared that the PKK was no longer seeking the establishment of an independent Kurdistan, and that it no longer wished to see any revision of Turkish borders.

Although the policy of aggression thus seemed to have been successful, the military success had no political follow-up, and the relations between Kurdish citizens of Turkey and the authorities did not improve.

On the contrary: the fact that the legal political parties whose members were thought to belong to the PKK leadership still won around five percent of the vote, and the fact that huge crowds turned out to demonstrate on the occasion of the Kurdish New Year festival Newroz, showed that the alienation of the Kurds from the Turkish state remained a structural problem, and that the decades-old policy of assimilation had not had the desired result.

Consequences of efforts to join the EU

Two new factors have had a great influence on Turkish policy towards the Kurds in recent years. A major factor was the changes in the law which Turkey had to make in order to put itself in a position to apply for membership of the European Union and to allow negotiations to begin.

​​Few political issues are as contested as Turkey's possible accession to the European Union. Will Ankara be able to meet all the criteria in the long term? In our dossier, sponsored by the Ernst Reuter Initiative, we take a look at political, societal and cultural relations between Turkey and Europe. More ...
Existing restrictions on Kurdish language teaching and Kurdish-language broadcasting were partly withdrawn.

The fact that the Kurdish areas of Iraq had achieved the status of a federal region as a result of the US occupation of Iraq showed that the Kurdish issue was slowly beginning to develop an international dimension.

Both Turkey's attempts to join the EU and the existence of a federal Kurdish entity in Iraq gave Kurds in Turkey new self-confidence. This self-confidence seems to call Turkey's policy of assimilation into question.

But Turkey is not likely to accept such developments and is likely to continue to insist on its traditional policy. The Presidency and the National Security Council have both declared that under no circumstances will the Kurds win more legal rights, especially in the fields of public administration and politics.

And although the prime minister, Recep Tayyip Erdogan, recognised the existence of the Kurdish issue in a speech in Diyarbakir in 2005, and admitted that the government had made errors in the past, he seems now to have no objection to a policy whose principles are determined by the National Security Council.

When the prime minister declares that the Kurds have no legal problems, he is in effect saying that no more legal changes are possible. He expresses an official view which is no longer entirely supported either by officialdom or by the dominant political figures in the country.

For example, in January 2007, the secretary of state for national information issued a statement which, while avoiding being too outspoken, said that a new line was needed on this issue.

The man who as former head of the security apparatus was the architect of the policy of aggression in the early nineties, Mehmet Agar – now chairman of the Party of the Right Way (DYP) – admitted at the end of 2006 that the policies which had been followed in the past had turned out to be ineffective. He made it clear that clear rules are necessary to get PKK members to re-enter the legal political process.

The Association of Turkish Industrialists and Entrepreneurs (TÜSIAD) – the most influential organisation of its type – has prepared a report in which it gives a green light for Kurdish-language education and training.

Although it is clear that discontent with existing policy on the Kurdish issue is widespread, the supporters of the traditional strategy seem more determined than ever.

Not only the National Security Council and the presidency, but also the most respected political parties support a continuation of the traditional policy and call vehemently for a reform which would prevent the division of the country.

The hard line of this second political grouping is evidently also that of the prime minister and his ruling Party for Justice and Development, the AKP. There are no signs from the AKP that it is likely to move towards a reform of policy towards the Kurds at any time in the near future.

Mesut Yegen teaches sociology at the Middle East Technical University in Ankara. He has written two books on the Kurds in Turkey.

Kurdish Unrest in Turkey
Political Solutions Recede into the Distance
The renewed outbreak of armed conflict with the PKK has raised tensions in the southeast of Turkey and forced those calling for further democratic and political reforms to take a defensive position. Ömer Erzeren reports in full

Turkey
Kurdish Issue Unresolved
Following a trip to Turkey, an international delegation has deemed the country unfit to join the EU. With regard to the Kurdish issue, it concluded that the improvements were merely theoretical.

END_OF_DOCUMENT_TOKEN_TO_BE_REPLACED
Social media
and networks
Subscribe to our
newsletter