In interaction with a recent book by Asef Bayat, I distinguish between revolutionaries 'for', who have a hard tradition, and who imitate successful revolutions to the point of potentially extinguishing the subjectivity of their own; and revolters 'against', who do not follow previous examples, and who define themselves by their enemy, risking the possibility of leaving no trace should their revolution be conquered. In Syria, we have many revolters and few revolutionaries.

That is why Islamists, and Salafists in particular, were more prepared to win the survival struggle in conditions of an all-out war. Indeed, the Syrian revolution served as a proliferation environment for the Salafist-jihadist structure, which strived to reproduce itself wherever it could.

The Salafist-jihadist tradition is the Islamic equivalent to Marxism-Leninism, premising its revolution similarly on three preconditions: theoretical (Salafism, or literalism), practical (holy war), and organisational (jihadist groups involved in guerrilla warfare). Here, too, the battle is condensed into a hard tradition and living symbols, which completely strips the revolutionary event of its subjectivity in favour of "science", i.e. the sharia of "the pious predecessors". 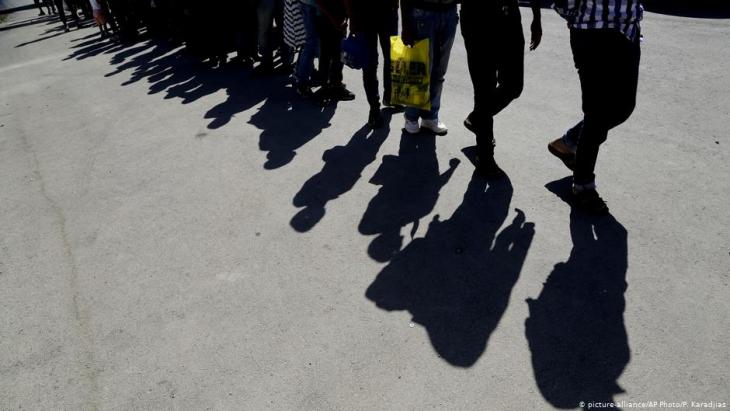 A "soft tradition" born of suffering: an Arab revolutionary tradition has taken shape in the past decade; it is what draws us to the new wave of revolutions in Lebanon, Iraq, Sudan and Algeria. Successful revolutions seem to leave behind hard traditions and strict models to be emulated, whereas failed revolutions leave experiences, stories, and debates – a legacy of lessons to be learnt and cautions to be heeded

Of course, there is a normative difference between the communist and the jihadist content, and intelligence agencies and persecution of the Afghan religious sphere played a formative role in the latter. But what concerns us here is the parallel organisational structures, beliefs and brutalities, the "methods" and "traditions", and the rigid identities guarded by strict rules of allegiance and disavowal.

Lessons to be learnt

There is an Arab revolutionary tradition that took shape in the past decade, and it is our belonging to it that draws us to the new wave of revolutions in Lebanon, Iraq, Sudan and Algeria, as well as the protests of Hong Kong, France and others. However, it is more fitting to speak of a "soft tradition" or a revolutionary "legacy" with which to consult and acquaint ourselves. It seems that successful revolutions leave behind hard traditions and strict models to be emulated, whereas failed revolutions leave experiences, stories, and debates; lessons to be learnt and cautions to be heeded.

Consequently, it is necessary to revise what we mean by success or failure as far as revolutions are concerned. We may even think that every revolution is multiple revolutions – some succeed and some fail. What has failed in particular was political change, which would have changed Syria’s political and psychological climate and triggered different social and political dynamics. In fact, the multiplicity of the revolution calls for scrutinising the very notion of the end of revolutions.

Revolutions are learning curves, episodes of the larger process constituting the revolutionary legacy or the soft revolutionary tradition. We already have a revolutionary memory, and we have learned valuable lessons and morals that will serve a vital role in the coming years. Indeed, what we have now and what has already been achieved is foundational and goes beyond stories and anecdotes.

Above all, we gained back our right to speech, breaking forever the previous monopoly by the regime and its allies. In addition, a revolution of subjectivities has notably taken place, allowing a large number of liberated individuals to reclaim their destinies and manage their own affairs.

A violation of taboos, furthermore, has been expansive and widely expressed, whether in relation to religion, sex, or gender roles, let alone a constant and now-normalised violation of political power, which had been the strongest of taboos and an incubator of all others.

Finally, the experience of exile can be a significant starting point for new ideas and distinct sensibilities.

There are things in the Syrian revolution that ended years ago, perhaps two years into the revolution or even earlier, but other things go on. The revolution is resumable today and tomorrow, as far as other revolutions and shifts in our spheres of actions continue to happen.

Syrian writer and political dissident Yassin al-Haj Saleh was imprisoned in Syria from 1980 to 1996 for membership of the left-wing Syrian communist party, which he calls a "communist pro-democracy” group. Having fled the country in 2015, Saleh is now a fellow at the Berlin Institute for Advanced Study (Wissenschaftskolleg zu Berlin).

10 years of Arabellion: The buds of the Arab Spring

Unrest in the Arab world: The genie is out of the bottle

"The people aren’t ready for democracy" has been the constitutional basis for Arab tyranny, its favourite slogan and its sacred narrative for more than a century. Yet, asks Khaled ... END_OF_DOCUMENT_TOKEN_TO_BE_REPLACED

As current events continue to remind us, people all over the world are constantly being forced into exile. "Songs of Exile", created by Algerian Berber exile Abderrahmane Abdelli ... END_OF_DOCUMENT_TOKEN_TO_BE_REPLACED

A new survey by Arab Barometer adds numbers to the narrative that COVID has led to a harsher reality for women in the Middle East and North Africa. By Jennifer Holleis and Razan ... END_OF_DOCUMENT_TOKEN_TO_BE_REPLACED

Algerian scholar Said Djabelkhir rejects the charge of "offending Islam". In interview with Ismail Assam, he maintains that he has been wilfully misconstrued. At the same time, he ... END_OF_DOCUMENT_TOKEN_TO_BE_REPLACED

The Libya Conference will be held in Berlin on 23 June. Much has been achieved since the last Libya Conference in Berlin in January 2020. The ceasefire is holding, there is a ... END_OF_DOCUMENT_TOKEN_TO_BE_REPLACED
Author:
Yassin al-Haj Saleh
Date:
Mail:
Send via mail

END_OF_DOCUMENT_TOKEN_TO_BE_REPLACED
Social media
and networks
Subscribe to our
newsletter