For nearly 20 years, Bagram was the headquarters of U.S. forces in Afghanistan. Since the spring, the base has been cleared. What remains is a pile of rubbish. By Friedel Taube 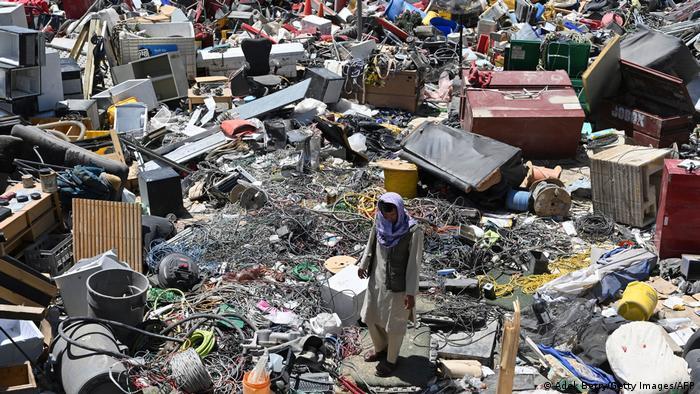 Junk as far as the eye can see: historians may one day argue about what remains politically of the U.S. mission in Afghanistan. But it is already clear what will be left over in practical terms: a lot of junk 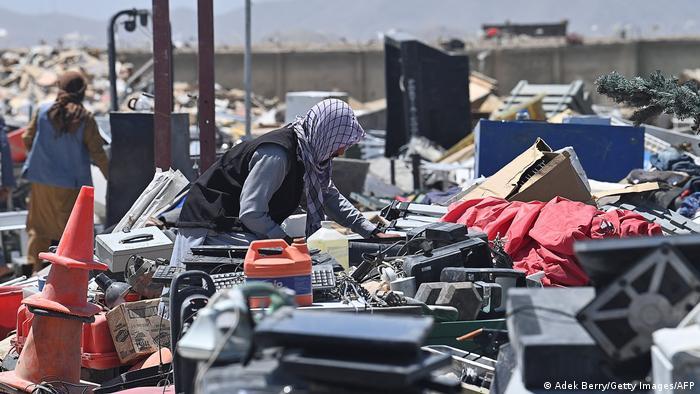 Where to put the rubbish? For almost 20 years, Bagram was the command centre of the U.S. army's Afghanistan mission. By the 20th anniversary of the terrorist attacks in Washington and New York on 11 September, the army will have completed its pull-out – in other words, in a good eleven weeks. The Americans will doubtless take a lot of equipment with them or bequeath items to the security forces on the ground. But much is simply left behind: junk, packaging, electronic waste 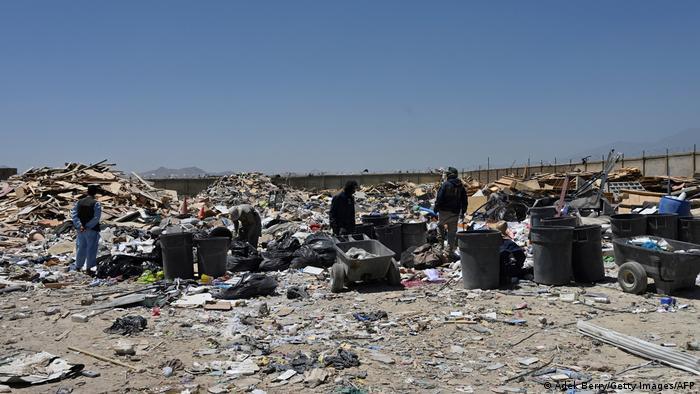 What remains of the mission: over two decades, more than a hundred thousand U.S. soldiers served in Bagram. In time, the base 70 kilometres north of the capital Kabul grew into a small American town, complete with shopping street and fast-food restaurants. Was that all the West achieved in Afghanistan? 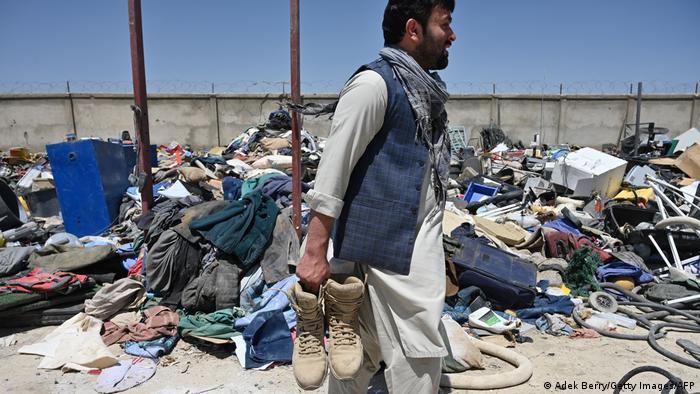 Trash or treasure: the junkyard at the gates of Bagram has become a place for fortune seekers. They come in droves to sift through the rubbish for something useful – like this man who found a pair of military boots. Anything that could be sold on is eagerly snapped up 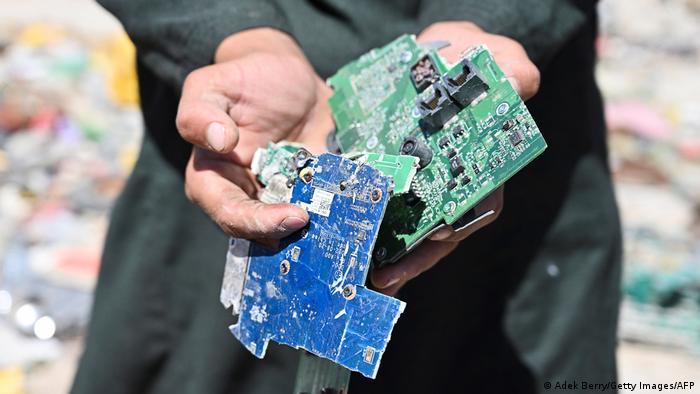 Well-disguised precious metal: Bagram particularly housed a lot of IT scrap. Circuit boards conceal plug-in parts and screws that can be reused. They also contain valuable materials such as copper and sometimes even tiny amounts of gold. Obviously rubbish for the Americans, but in Afghanistan – where according to the World Bank the average annual income is less than 500 euros – of considerable valuable to some 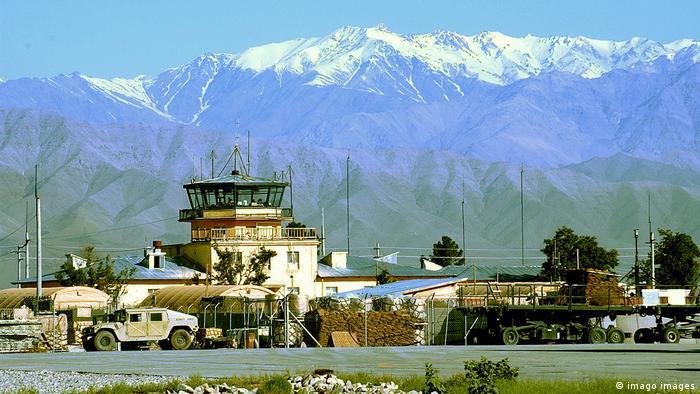 What will become of Bagram? Bagram at the foot of the Hindu Kush has a long history as an army base – pictured here in 2004. The base was already used by the Red Army during the Soviet invasion from 1979. If the Americans withdraw now, it is feared, Bagram could fall into the hands of the Taliban. That would be a strategic victory for the Islamists 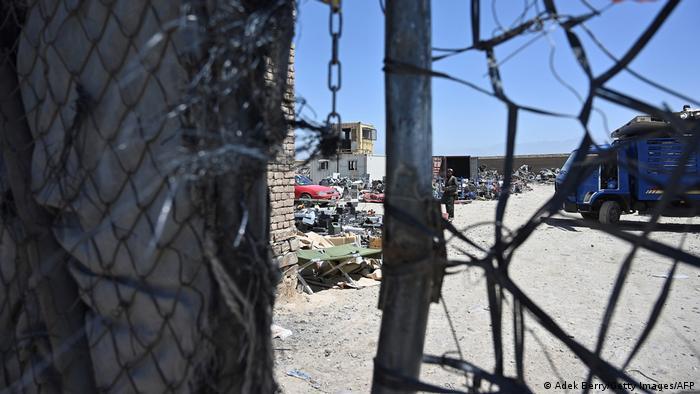 Withdrawal with risk: the withdrawal of troops has been officially underway since 1 May. There is simply has not been enough time to dispose of the rubbish. Heavy weapons and additional forces are being kept ready for possible attacks by the Taliban during the military withdrawal. At last count, 36 NATO countries and partner countries were involved in the mission, including 2500 soldiers from the USA and around 1100 from Germany 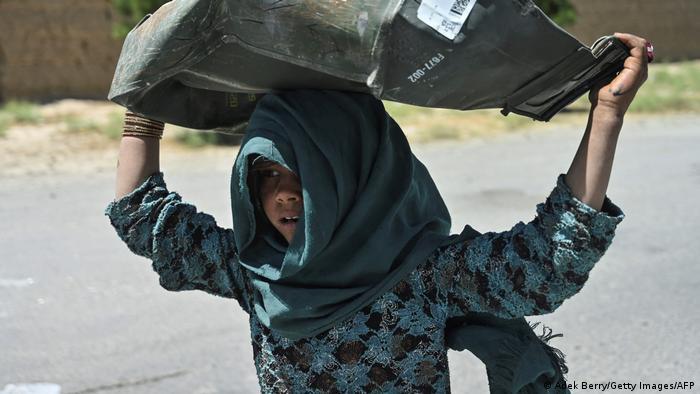 Everyone pitches in: a girl fetches a battered metal box from the scrap yard. Despite all the hardship, girls and women in Afghanistan have benefitted from the U.S.-led military mission and the fall of the Taliban in 2001. They can go to school and, as adults, they can work anywhere – even in the highest offices in courts and other institutions 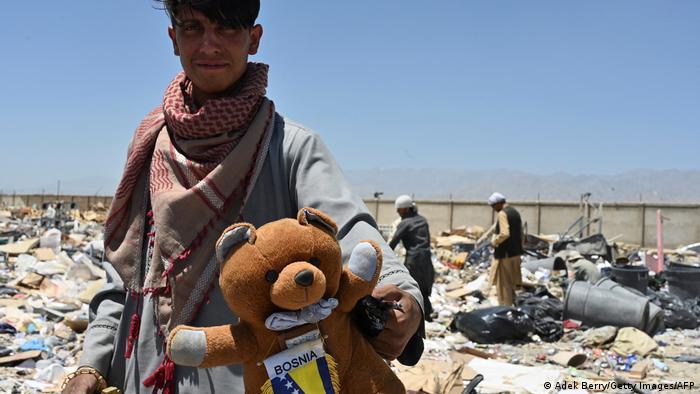 The people left behind: many an object of sentimental value can be found in the junkyard. Some Afghans could likely use some consolation now: around Bagram, numerous settlements of local Afghan forces have sprung up who lived off the U.S. base. Many are now waiting to see what becomes of them and their families 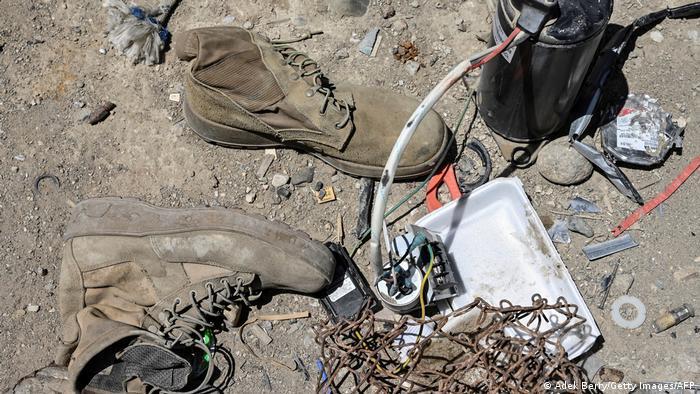 So what remains of 20 years of U.S. representation in the Hindu Kush – apart from worn-out boots and rusty wire? "The partnership between Afghanistan and the United States is ongoing," Joe Biden promised on 25 June at the White House during his meeting with Afghanistan's President Ashraf Ghani. Millions of Afghans will take the U.S. president at his word

END_OF_DOCUMENT_TOKEN_TO_BE_REPLACED
Social media
and networks
Subscribe to our
newsletter