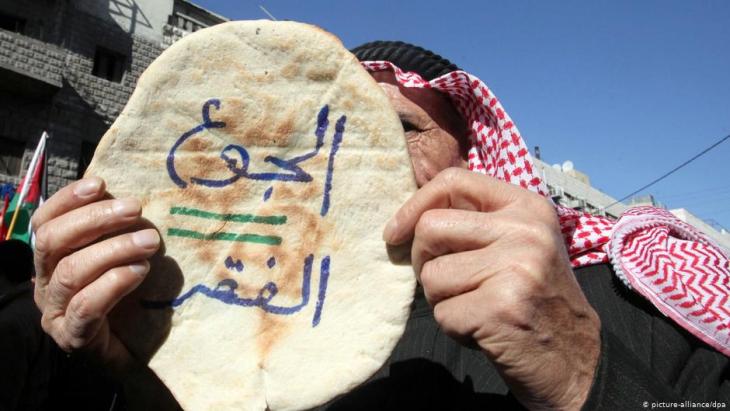 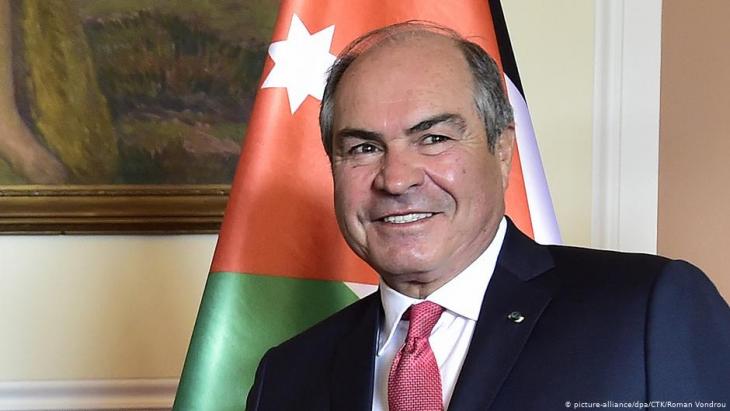 That is social dynamite. It is not just the lack of jobs; people see that jobs are being filled not on the basis of candidates' qualifications, but on the basis of whom they know. They see that some of the money coming from international donors is seeping away into mysterious channels and that clientelism is rife, spreading throughout the country like an infectious disease.

No prospect of change

In May 2018, the frustration spilled over after Prime Minister Hani Mulki announced a rise in income tax, as well as increasing the price of electricity and fuel. What followed were the biggest protests seen in Jordan since 2011. Demonstrators gathered in – what were by Jordanian standards – relatively large numbers in the 4th Circle in Amman, close to the seat of the prime minister, and in other parts of the country.

Mulki had to go. In June 2018, King Abdullah appointed the World Bank expert Omar Razzaz prime minister. Although in general, the demonstrations petered out after Razzaz's appointment, there were some more isolated protests, such as the March of the Unemployed from Aqaba to Amman.

Replacing the government is a tried and tested remedy for the royal family when faced with pressure from the streets. Although Razzaz promised a "new social contract" for all Jordanians, not much has happened. The new tax laws were watered down before being passed in late 2018. 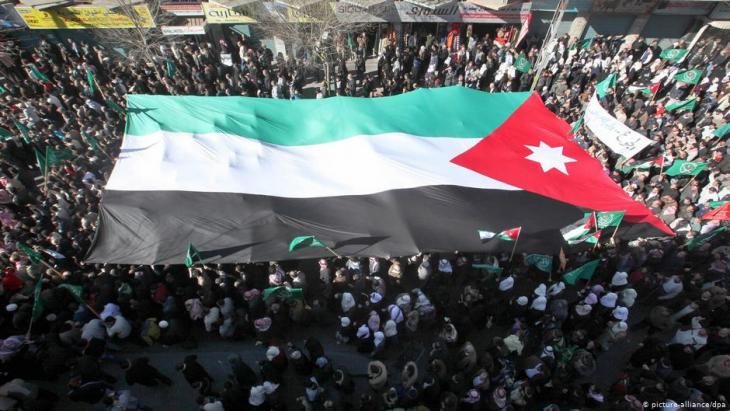 Seething social tensions: according to official figures, the unemployment rate in Jordan is 18.5 percent and one fifth of the population lives on the poverty line. Jordan was barely affected by the "Arab Spring" of 2011, which saw revolts in several countries in the region. However, there had also been protests that year in Jordan when the government cut petrol subsidies

According to journalist Rana Sabbagh, the demonstrations were a watershed moment in what is otherwise a rather unpolitical country. "People wanted to know what they are getting for their taxes," she says. "The education and health systems are very poor; roads and infrastructure catastrophic. Why should we pay taxes if we don't get anything for it?"

The Jordanian middle class took to the streets in protest. The Muslim Brotherhood were not able to make capital out of the demonstrations. One activist who was involved in the protests says: "I remember with fondness the festival atmosphere at the demonstrations and the feeling of solidarity among demonstrators. But we didn't achieve anything. Our frustration has not gone away."

He recounts how Jordanians were constantly being told that they should be happy they don't live in Syria or Egypt. "Of course we don't want a situation like the ones in those countries," he says. "But we do need to see that things here are changing, and that's just not the case at the moment."

Journalist Rana Sabbagh, former editor-in-chief of the newspaper Jordan Times, is also fed up of the comparisons with Syria and Egypt. "Jordanians find this comparison – which, incidentally, is also popular in the West – inappropriate," she says. "By all means, compare Jordan with Tunisia or even Lebanon, when talking about a liberal media landscape. But don't compare us to those countries whose rulers completely disregard human rights and behave like the worst autocrats."

A devastating report on governance

The government and the royal family are using the crises in the region and the huge numbers of refugees in the country as an excuse for the dreadful situation. While the collapse of the markets in Syria and Iraq really have hit the country hard and overall conditions are tough (Jordan has no resources worth mentioning and very little land that is suitable for agriculture), Jordan's problems are also homemade.

In late 2018, Mustafa Hamarneh, head of the Economic and Social Council (ESC), published a 1,500-page report entitled State of the Country. Over 700 Jordanian academics contributed to the report. Hamarneh is considered one of the country's leadership elite: he regularly meets the king, and the ESC is supposed to advise the government. Nevertheless, the report on governance in Jordan over the past 18 years is unprecedented, painting a brutally honest picture of incompetence, nepotism and corruption in the kingdom. 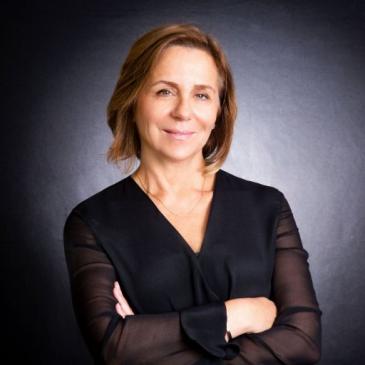 State of the Country details how no less than nine government strategies for economic growth and job creation announced since 2002 got bogged down in a jungle of bureaucracy, a lack of interest and incompetence. According to the report, unemployment and national debt continue to rise, and the state is not in a position to provide its citizens with an acceptable level of public services.

Growing lack of faith in politics

The report criticised that while the country has a lot of institutions that sound democratic, these are just a facade to make the West believe that efforts are being made at reform. Since the year 2000, there have been 11 governments and 370 ministers, 257 of whom had no political experience before taking office. All of these politicians sought primarily to get "a piece of the cake on the basis of a very narrow interpretation of clan membership," says State of the Country.

"Public offices have become an opportunity to make as much money as possible and to acquire some prestige, while qualifications, accountability and control mechanisms are lacking." The report makes it clear that this kind of politics only benefits a small number of Jordanians, while the state and most Jordanians go empty-handed. Hamarneh sums it up by saying that political failure means that people have less and less faith in politics.

Rana Sabbagh also sees a rapid loss of faith in the country's institutions. But she goes on to say that "unlike other rulers in other countries in the region, the king has no problems of legitimacy."

There is a broad consensus in the country that the monarchy as an institution is indispensable for a fragile state made up of people from the East Bank, Palestinians, refugees and migrants. "But people are not happy with the way the country is governed," and they are giving vent to this dissatisfaction with increasing regularity – even if this dissatisfaction is directed against the policies of the king.

While Bashar al-Assad is still shunned by the West, which blames him for a decade of brutal war in Syria, a shift is under way in the Middle East, where Arab allies of the United ... END_OF_DOCUMENT_TOKEN_TO_BE_REPLACED

Berlin's annual Human Rights Film Festival closed at the weekend. One entry to the festival was the documentary "Captains of Zaatari". Its Egyptian director Ali El Arabi focuses ... END_OF_DOCUMENT_TOKEN_TO_BE_REPLACED

Germany's foreign policy is explicitly values-based. But what happens, Ralf Bosen asks, when democracy, the rule of law and human rights collide with the logic of trade and ... END_OF_DOCUMENT_TOKEN_TO_BE_REPLACED

A new survey by Arab Barometer adds numbers to the narrative that COVID has led to a harsher reality for women in the Middle East and North Africa. By Jennifer Holleis and Razan ... END_OF_DOCUMENT_TOKEN_TO_BE_REPLACED

They’ve already got the Louvre; they’ll soon have a Guggenheim Museum as well – and now the Emirates have added literature to their quest for cultural supremacy in the Arab world ... END_OF_DOCUMENT_TOKEN_TO_BE_REPLACED

The rollout of coronavirus vaccines in the Middle East and North Africa is already taking place on a massive scale, with the United Arab Emirates leading the way. Nevertheless, ... END_OF_DOCUMENT_TOKEN_TO_BE_REPLACED
Author:
Claudia Mende
Date:
Mail:
Send via mail

END_OF_DOCUMENT_TOKEN_TO_BE_REPLACED
Social media
and networks
Subscribe to our
newsletter