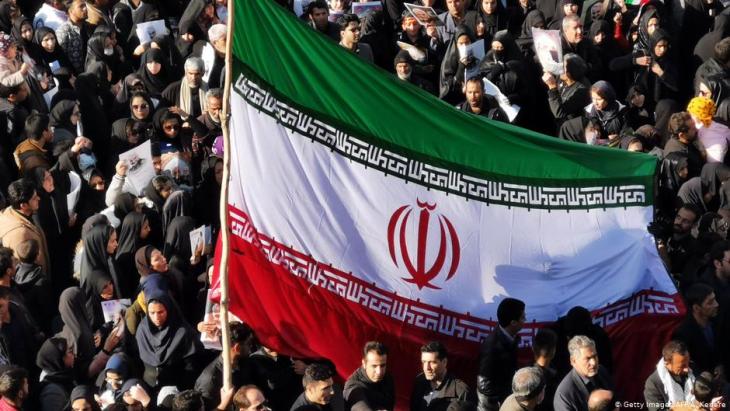 The longest duel
Iran and the USA square off

The Iranian people are being held hostage by the confrontation between America and the regime in Tehran. Stefan Buchen considers in his essay whether the country's culture can still continue to flourish in the face of this latest 'high noon'

We rarely find continuity like this. An ancient, a medieval and a modern Iran exist side-by-side. Although the country's history reaches back more than 5,000 years, today's society still derives its culture from the early days. In some ways, Iran has remained the same since the very origins of civilisation.

This is an idea that may well drive dogmatic anti-essentialists to distraction. But the most revered contemporary Iranian historian and sociologist, Homa Katouzian, encapsulates this same notion in the concise title of his book from 2010: "The Persians: Ancient, Mediaeval and Modern Iran". In other words: somehow, over the millennia, the Persians have always remained the Persians.

This is all the more astonishing in consideration of how the country has endured several violent invasions and ruthless attacks by foreign powers: Alexander's Greeks, Arabs who had recently embraced the Muslim faith, the Mongols under Tamerlane (Timur), the Turkish Seljuks, and British and Russian imperialists – just to name the historically most significant aggressors.

Every invasion left its mark, changing the country and society. And yet, as epoch-making as the invasions were, there was always a counter-movement as the country's inhabitants reasserted their identity. The most well-known and arguably most consequential instance of this self-assertion was the preservation of the Persian language following the Arab-Islamic conquest. Although the new ruling class converted to Islam and introduced the Arabic of the Koran for religious rites, the language of the country remained Persian, now written with Arabic characters. The Shahnameh, the Book of Kings, Ferdowsi's epic poem recounting the legends of the Persian Empire, not only embodies this cultural self-assertion; the poem is what accomplished it in the first place.

So what is different today? The pattern of confrontation with the United States of America, which has worn on for 70 years – caught up in a spiral of cyclical escalation ever since the deliberate overthrow of Prime Minister Mohammad Mossadegh by the CIA in August 1953 – is new and has thus produced a new class of consequences.

Outright American invasion has yet to happen. Washington sent spies in 1953; in 1980, after the successful popular uprising against the pro-American Shah, Saddam Hussein was sent in; and in the summer of 2003, George W. Bush shied away from a march straight from Baghdad to Tehran, which would have created a continuous swathe of U.S.-occupied territory from Iraq to Afghanistan. Instead, the USA launched an economic war, a blockade that cut Iran off from normal foreign trade. Iranian nuclear researchers died mysteriously from time to time on their way to work, American-Israeli malware caused hundreds of uranium enrichment centrifuges to literally spin out of control, and in early January this year Qassem Soleimani was killed in a drone attack.

How has Iran reacted to this confrontation? One can only speak of a collective, more or less uniform reaction in terms of the commemoration of Mossadegh, the revolution of 1979, and the willingness to go to war against the Iraqi troops who invaded the southwest shortly thereafter. Soon after the revolution, however, large sectors of society became alienated from the new state leadership with its Islamic theological legitimisation. Many people did not feel that they were represented by the Shia clergy who took over, especially not in the cultural sense.

The mullahs and ayatollahs may have been part of Iranian culture for centuries and their role in society was widely accepted, but that they should now be the nation's new rulers, and furthermore enjoy unlimited power, seemed increasingly absurd to a majority of citizens, because it was a notion that was so out-dated.

Home
Print
Newsletter
More on this topic
The mirage of regime change: Why the United States is Khamenei’s bogeymanIsraeli attacks on bases in Iraq: Is war with Iran on the horizon?Europe's policies in the Middle East: Late-colonial convulsions
Related Topics
Ayatollah Ali Khamenei, Donald Trump, Economy, History of Islam, History of the Near and Middle East, Iran conflict, Iranian clerics, Islam and the West, Islamic Revolution of Iran, U.S. policy in the Middle East
All Topics

Fariduddin Attar’s "The Conference of the Birds", one of the seminal works of Islamic mysticism, has recently been published in sumptuously illustrated German translation. It ... END_OF_DOCUMENT_TOKEN_TO_BE_REPLACED

In "Iran. Die Freiheit ist weiblich", journalist Golineh Atai describes the dogged resistance of courageous Iranian women against the Islamic Republic and the mullahs who have ... END_OF_DOCUMENT_TOKEN_TO_BE_REPLACED

The violent death of 22-year-old Mahsa Amini has achieved something the entire opposition has failed to do during the 43-year rule of the ayatollahs in Iran: almost the entire ... END_OF_DOCUMENT_TOKEN_TO_BE_REPLACED

Like Christianity, Europe's history is one of migration. Both have strong roots in the Orient and in cultures thousands of years old. Cultural historian Bernhard Braun invites us ... END_OF_DOCUMENT_TOKEN_TO_BE_REPLACED

A lot is happening in Syria’s Sweida Governorate – foreign intervention there is unprecedented both in terms of scale and number of actors – yet Damascus remains the dominant ... END_OF_DOCUMENT_TOKEN_TO_BE_REPLACED

Russia is leaving no stone unturned in its attempts to make the Islamic Republic an ally in the war against Ukraine. Fortunately for Vladimir Putin, the mullahs in Tehran are ... END_OF_DOCUMENT_TOKEN_TO_BE_REPLACED
Author:
Stefan Buchen
Date:
Mail:
Send via mail

END_OF_DOCUMENT_TOKEN_TO_BE_REPLACED
Social media
and networks
Subscribe to our
newsletter