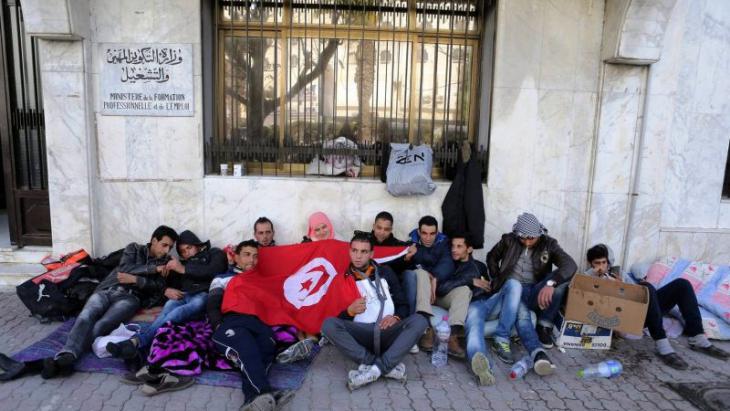 With the lack of sustainable development and social progress, political stability is at risk in the Maghreb. Instability may have fatal consequences for Europe. Commentary by Nassir Djafari

More than six years ago, the Arab spring began in a provincial town in Tunisia and quickly spread to the entire Arab world. Millions of people took to the streets to protest against injustice, despotism and corruption. Europe applauded and hopes were high for a democratic transformation. Today, however, Tunisia is the only Arab country that managed to not only overthrow a dictatorship, but replaced it with an operational democracy.

In Morocco, the King held onto power by introducing selected reforms. In Algeria, uprisings were limited, since people were still too exhausted from almost a decade of civil in the 1990s. In Libya, the state collapsed, posing risks to the entire region. Global attention was fast distracted from the Maghreb, as escalating violence in Syria and Iraq seemed more important. In the meantime, people from the Maghreb have perpetrated terrorist violence in Europe. These attacks made it evident that something is brewing in North Africa that directly threatens European security.

The social conditions that led to mass protests in 2011 remain unchanged. In fact, Tunisia is worse off now economically than it was in 2011. Tourism is Tunisia’s most important industry, but in view of worsening security, fewer tourists are coming. A sense of hopelessness prevails in Tunisia, Algeria and Morocco due to extremely high youth unemployment. Corrupt state authorities compound the problems.

The governments did introduce some reforms, but their commitment was only half-hearted. The fear of new uprisings is great. The Algerian government, for example, is shying away from implementing tax reforms and reducing the food and fuel subsidies it can hardly afford. In Tunisia, a reform of public administration is failing because the government is afraid of  reducing the extremely high number of civil servants.

Meanwhile, the people’s problems are getting worse. Frustration is vented again and again in mass protests. The most severe social unrest since 2011 rocked Tunisia in January 2016. 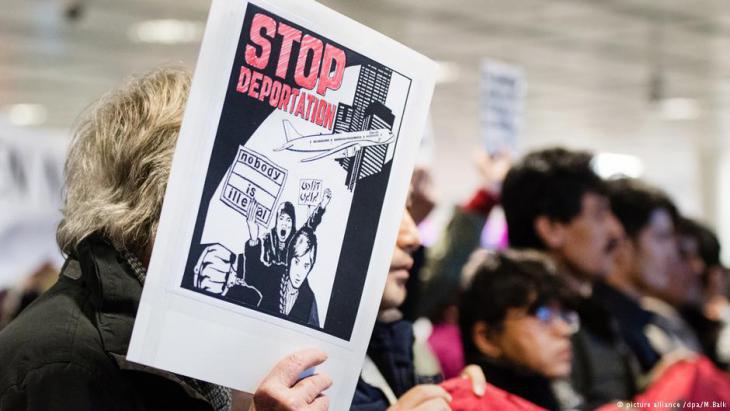 Restrictive refugee legislation rebuffed: on 10 March, the bill proposed by the German government to declare Algeria, Tunisia and Morocco safe countries of origin was rejected by the Federal Council. The government hoped the new legislation would mean that asylum applications by people from Algeria, Morocco and Tunisia could be turned down more quickly

Morocco and Algeria also saw violent clashes between demonstrators and police. The rallies were triggered by the reduction of subsidies for day-to-day essentials as well as by the authorities’ abusive behaviour. That protests escalate further is only a matter of time. With IS, the civil wars in the Middle East and the chaos in Libya, the political situation in the greater region is even more explosive today than it was before the Arab spring,

Nonetheless, the policies adopted by the EU and its member states in regard to the Maghreb are primarily marked by domestic concerns. The focus is on sending asylum seekers and criminal offenders back to where they came from. European policymakers are interested in bilateral re-admission agreements and the establishment of refugee camps in North Africa. In return, the EU suggests that co-operative governments will get more development aid. At the same time, it threatens to cut aid to countries that do not cooperate.

It is certainly legitimate for European diplomats to take domestic concerns into account. However, it would be short-sighted to dismiss the risks that an economically weakened and politically fragile Maghreb will pose. To tackle the issues, concerted action by the EU and its member states – above all Germany and France – is needed. The ticking social time bomb must be defused.

To support sustainable development and inclusive economic growth, a mix of instruments is required. It exceeds development aid. The EU, after all, is by far the biggest trading partner of the three North African countries.

To unlock new opportunities and generate more employment, closer economic cooperation and the reduction of trade barriers make sense. Growth could offer alienated young people prospects at home. This is what policymakers must stress in dialogue with North African partners. Conditionality or even threats are not helpful. For Europe’s future, peace and stability in North Africa matter more than ever before.

Tents, mud and cold: refugees contend with miserable conditions in Bosnia & Herzegovina. With the European Union demanding that Bosnia accommodate the asylum-seekers, its ... END_OF_DOCUMENT_TOKEN_TO_BE_REPLACED

Although Saudi Arabia seeks to diversify its energy sector and economy away from fossil fuels, the OPEC leader is eager to maintain its status as a fuel exporter giant by ... END_OF_DOCUMENT_TOKEN_TO_BE_REPLACED

When news broke that a vaccine against COVID-19 developed by a Turkish-born couple in Germany had promising results, many media reports placed the ethnic background of these ... END_OF_DOCUMENT_TOKEN_TO_BE_REPLACED

Comedian Idil Baydar may have received numerous awards, but she has also been the recipient of death threats from right-wing extremists. Her comic characters Gerda Grischke and ... END_OF_DOCUMENT_TOKEN_TO_BE_REPLACED

"Be/coming/home" by the Berlin dis:orient collective – which runs until 22 December – showcases work by six artists in exile in the capital. The multimedia presentation, in the ... END_OF_DOCUMENT_TOKEN_TO_BE_REPLACED

END_OF_DOCUMENT_TOKEN_TO_BE_REPLACED
Social media
and networks
Subscribe to our
newsletter