Chandra Muzaffar is one of Malaysia's best-known human rights activists and public intellectuals. While being critical of western global hegemony, he says Muslims have to fundamentally re-evaluate their understanding of Islam and its traditions. By Yogi Sikand 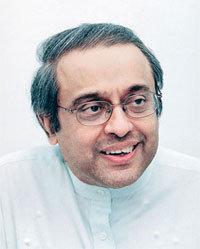 ​​ Author of numerous books, Muzaffar is a prolific writer, having published widely in Malaysia and abroad. One of his principal concerns, in his writings and activist involvement, is to promote an Islamic ethic of inter-religious dialogue. Such dialogue, he believes, is an Islamic imperative, besides being indispensable in today's multi-ethnic and multi-religious Malaysia.

But it is also crucial at the global level, he stresses, particularly since many conflicts across the globe, while rooted in economic and political factors, are sought to be projected and legitimised as religious conflicts between Islam and other faiths and ideologies.

Muslim, Dialogue and Terror is Muzaffar's principal work on Islam and inter-faith dialogue, in which he seeks to articulate an inter-faith ethic rooted in an expansive understanding of Islam.

Like many other contemporary socially-engaged Muslim scholars, Muzaffar seeks to directly approach the Koran in order to understand and interpret his faith, largely by-passing the corpus of traditional fiqh (Islamic jurisprudence), and making only passing reference to the corpus of Hadith. This is hardly surprising since the latter two sources contain numerous prescriptions that are plainly inimical, to put it mildly, to harmonious relations between Muslims and others.

Muzaffar describes the Koran as "in essence, a Book whose fundamental aim is to raise the spiritual and moral consciousness of the human being." This understanding of the Koran leads him to stress what he sees as the underlying spirit or ethical values of the text over its letter. Some of the fundamental values that he discerns in the Koran are freedom, accountability, justice, kindness, mercy, love, equality, honesty, compassion, fairness, and devotion to the cause of the poor and the oppressed. These values he regards as universal, not limited in their applicability to fellow Muslims alone.

"Universal values": Some of the fundamental values that Chandra Muzaffar discerns in the Koran are freedom, accountability, justice, kindness, mercy, love, equality, honesty, compassion, fairness, and devotion to the cause of the poor and the oppressed

​​In this way, Muzaffar is able to articulate an Islamic ethic of inter-faith dialogue that is Koranic, that prioritizes the spirit over the letter of the text, that is based on what he regards as the fundamental and universal values of the text, and one that is also contextually-relevant.

Muzaffar describes this way of relating to the Koran as a "values-based approach". He contrasts this with the traditional "fiqh-based approach", which prioritises the letter of the Koran over its spirit, draws heavily on the cumulative fiqh tradition, and stresses, to the point of obsession, forms, externalities, symbols, rituals, laws, regulations and narrowly-construed understandings of Muslim identity.

The former is universal, flexible, open, and inclusive, while the latter is particularistic, rigid, closed and exclusive. The former stresses justice, freedom, love, compassion and equality, the latter authoritarianism, control, harshness and hierarchy. The former is open to non-Muslims, actively embraces them as fellow human beings and appreciates the common values that their religions share with Islam. The latter is stridently hostile to people of other faiths, or only grudgingly tolerates them at best.

Appealing for this fundamental transformation in Islamic thought based on the "values-based" approach to the Koran, Muzaffar argues:

"It is only too apparent that a non-dogmatic approach to Islam, which recognises the primacy of eternal, universal spiritual and moral values while acknowledging the importance of rituals, symbols and practices, is the most sane and sensible way of living the religion in today's world. The values approach to Islam – the antithesis of the rituals and symbols approach – is not only legitimate from the perspective of the religion but also necessary at this juncture in history." 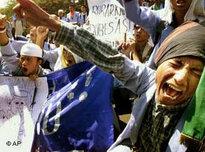 "Juncture of history": Muzaffar argues that much of the responsibility for the increased polarization between the Muslim world and the West in recent years, rests on Muslims themselves

​​Making a broad survey of relations between Muslims and others in various countries, and at the global level as a whole, Muzaffar argues that a host of factors have contributed to increased polarization between them in recent years, particular after 9/11. Much of the responsibility for this rests on the Muslims themselves, he says, but he also regards what he calls "the politics of global hegemony emanating from Washington's imperial ambitions" as a major factor.

This latter point leads him to argue, as he does in many of his other books, that inter-religious and inter-communal solidarity for peace and justice must necessarily also require a forceful challenging of the structures of power at the global level, most importantly Western, and, in particular, American, political, economic and cultural hegemony, because this is one of the major causes for conflict between Muslims and others.

Human beings as brothers and sisters

​​This task, Muzaffar insists, must go hand-in-hand with a willingness on the part of Muslims themselves to introspect, and to cease blaming others for all their ills. In turn, this requires a fundamental re-evaluation of the way Muslims understand their religion, identity and tradition. In particular, it requires, Muzaffar says, "breaking through the hardened crust of exclusive, dogmatic thinking", and embracing "an inclusive, universal approach".

Seeking to pre-empt critics who would regard this as compromising on Islamic teachings, he insists that it is perfectly in consonance with Islam, which "regards all human beings as brothers and sisters, imperilled by the same human condition."

The pathetic state of most contemporary Muslim societies and states, including the increasingly strained relations between Muslims and others, have much to do, he says, with a dogmatic understanding of Islam that negates the fundamental Koranic values that he distils from the text.

The basis of shared beliefs and values

For this new approach to Islam and Islamic morality to emerge as a dominant paradigm would require Muslims to "re-orientate their thinking on Islam", focusing particularly on what Muzaffar regards as the basic moral values of the Koran. From this would emerge understandings of Islamic theology and jurisprudence that are rooted in these values – values that are universal, not limited just to Islam alone.

Aware of the growing influence of conservative as well as radical groups that are vehemently opposed to inter-faith dialogue and interpret Islam accordingly in a narrow, exclusivist fashion, Muzaffar insists that Islam calls upon Muslims to dialogue with others. He points out, for instance, that the Koran exhorts Muslims, Jews and Christians to come together on the basis of certain shared beliefs and values.

He also regards the Pact of Medina, between the Muslims, led by the Prophet, and the Jews and pagans of the town, and the Pact of Najran between the Prophet and Christians, as the Prophet's practical expression of the Koranic call for inter-faith dialogue and solidarity and the imperative of "coming to terms with 'the other'."

At nearly 92, Juergen Habermas is still advocating for a robust and transparent civil society. Now Germany's greatest living intellectual has rejected a book award from the United ... END_OF_DOCUMENT_TOKEN_TO_BE_REPLACED

It's no secret that the Baha'i community in Iran is persecuted. Now, a document has come to light that appears to show the extent to which the repression is state-sponsored. By ... END_OF_DOCUMENT_TOKEN_TO_BE_REPLACED

The Pope’s journey to the "land between the rivers": places of terror and a dialogue to promote hope and optimism. His meeting with Shia Grand Ayatollah Ali al-Sistani was a ... END_OF_DOCUMENT_TOKEN_TO_BE_REPLACED

Iraq's Christian minority has dealt with decades of persecution – and many are sceptical about whether a four-day visit by Pope Francis will make a difference. By Cathrin Schaer ... END_OF_DOCUMENT_TOKEN_TO_BE_REPLACED

Morocco is aiming to enshrine Judaism as part of its national identity: the "House of Memory" in Essaouira is one step towards realising that goal. The nation’s Jewish legacy has ... END_OF_DOCUMENT_TOKEN_TO_BE_REPLACED

Last year was one of a kind. 2020 saw the rapid spread of the coronavirus pandemic, putting a stop to the hajj. Though peace in the Middle East remains a pipedream, there was ... END_OF_DOCUMENT_TOKEN_TO_BE_REPLACED

Comments for this article: The Basic Moral Values of the Koran

END_OF_DOCUMENT_TOKEN_TO_BE_REPLACED
Social media
and networks
Subscribe to our
newsletter