The masked women of southern Iran

Along Iran′s coastline and on the island of Qeshm in the Strait of Hormuz, women have been wearing masks for centuries. The styles vary according to region, ethnicity, but most noticeably according to religious affiliation. Shia women wear red rectangular masks, while those of Sunni women are black or indigo with gold, shaped to give the impression of eyebrows and moustache – once a ruse to fool invaders into thinking that the women they spied from a distance were in fact men. By Eric Lafforgue 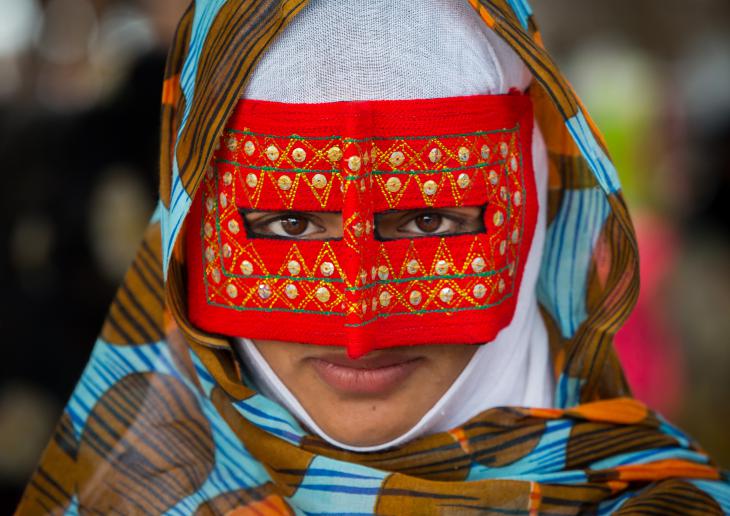 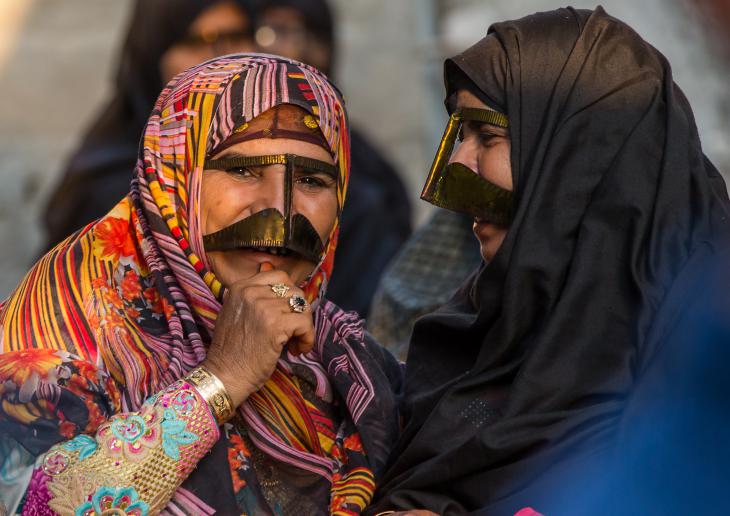 Mask-wearing on Qeshm Island is rapidly dying out among the young. Yet their grandmothers maintain the tradition, wearing masks that cover much of their faces. "It's to hide our wrinkles; we′ re not pretty to look at" 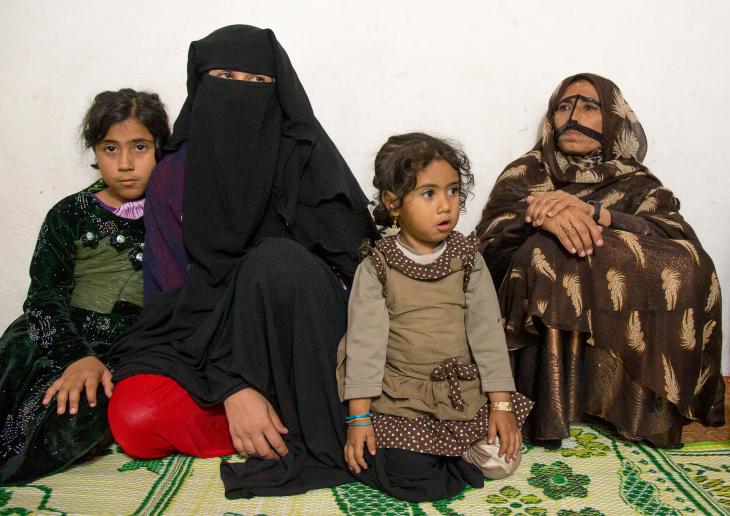 In the village of Peyposht, most women have swapped the boregheh for the niqab. "Masks are disappearing: women are buying veils because it is cheaper. In 5 years there will be no more boreghehs here" 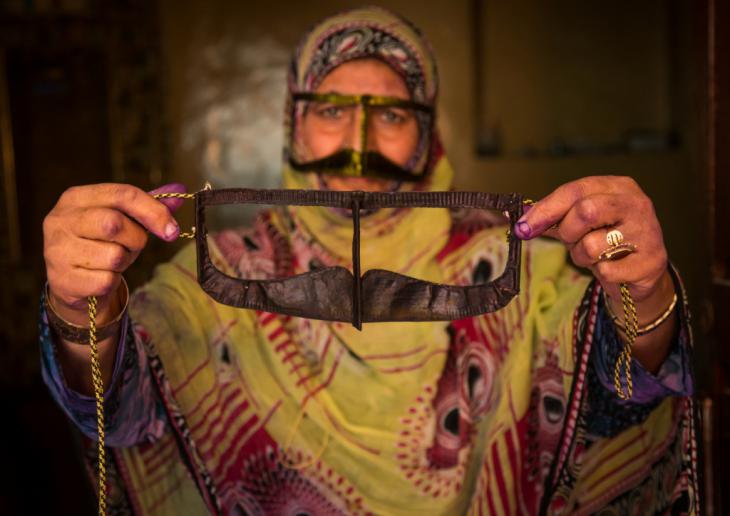 Ameneh is one of three Sunni seamstresses who make masks in the village. While her husband was away at sea, sailing from port to port – Muscat, Mukala , Mogadishu, Berbera, Zanzibar, Lamu – she learned to sew boreghehs 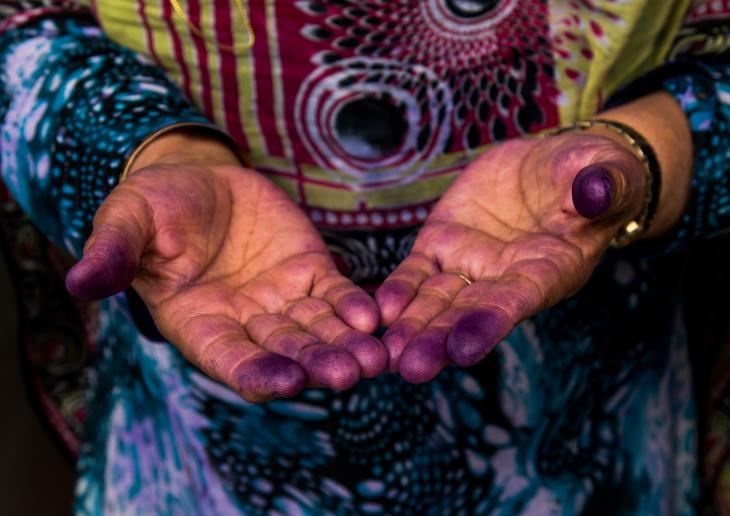 Her hands are covered in indigo. Locals believe that the blue pigments used in mask-making soften and protect the skin 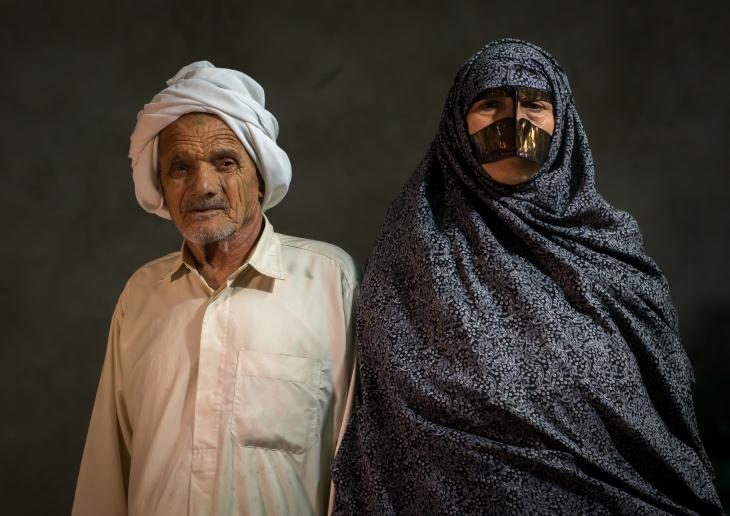 This husband has a very definite opinion about the mask: ″I prefer my wife with the mask, it is more beautiful... and it is what our religion demands.″ The men associate the masks with religion, while the women associate them with modesty 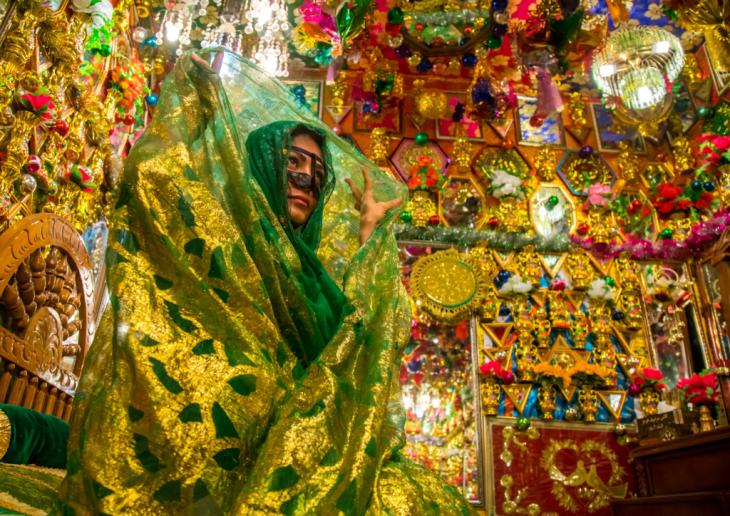 Brides wear the boregheh to enter the wedding chamber known as the ″hejleh″, a place sumptuously decorated with mirrors, garlands, Christmas' baubles, plastic flowers, colourful cushions and verses from the Koran. The newlyweds remain cloistered in this windowless room for seven days – it′s an opportunity to discover each other for the first time. Arranged marriages are still common 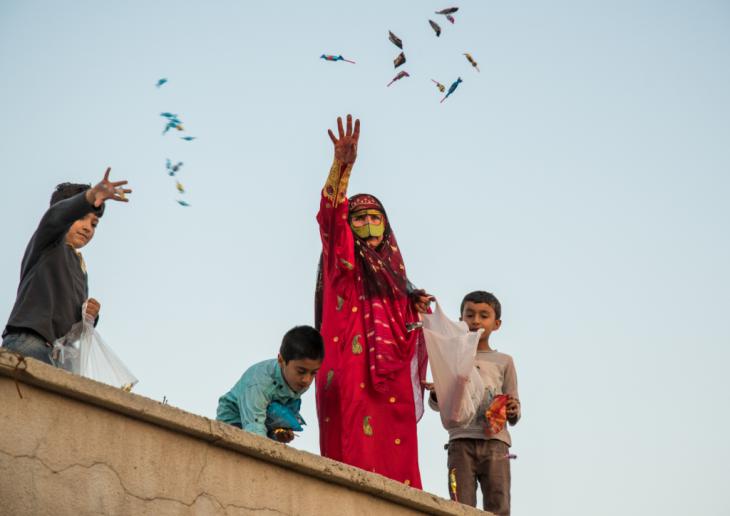 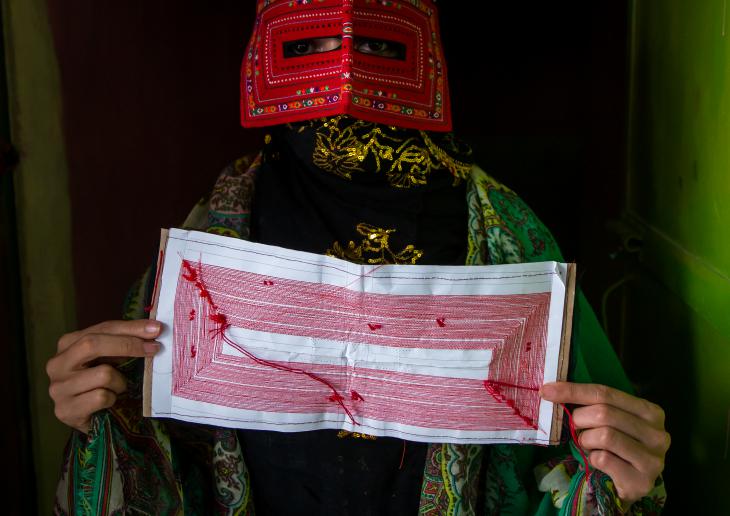 As the masks are always made to measure, seamstresses keep the bosses of their regular customers: the two holes must fit perfectly in front of the eyes if vision is not to be impaired. The forehead and nose are covered, the mouth often hidden by the addition of a veil 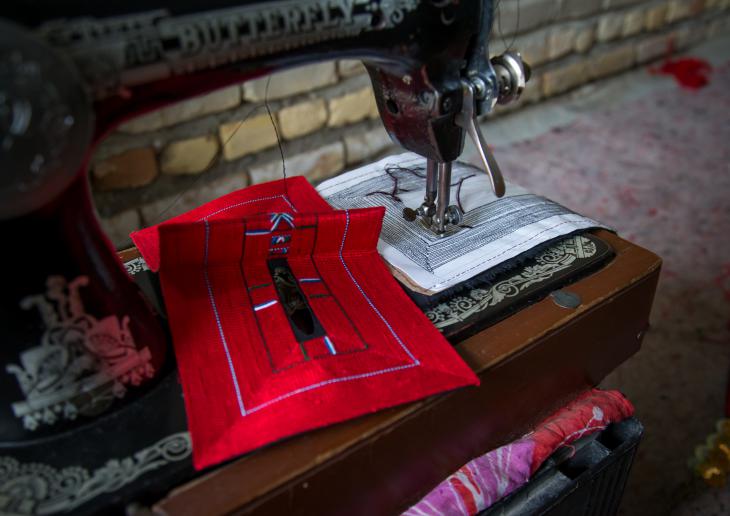 For centuries the masks were embroidered by hand, now, sewing machines have taken over 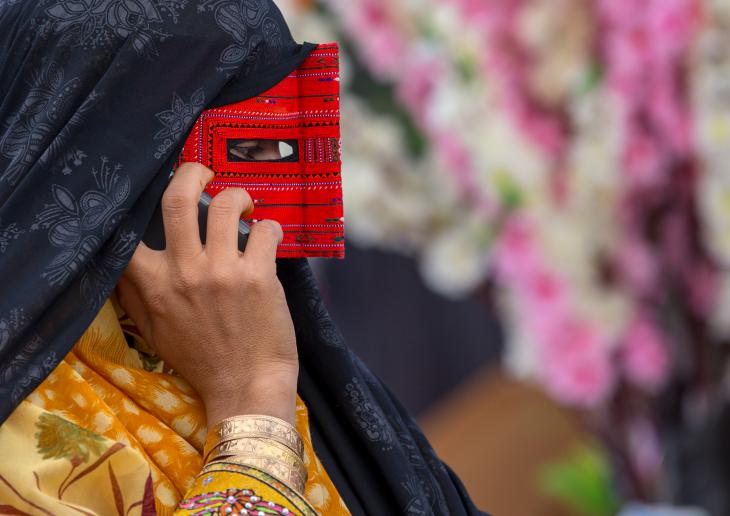 Although the masks make them look like women from another century, Bandaris are well acquainted with Instagram and Viber, neither of which is censored in Iran 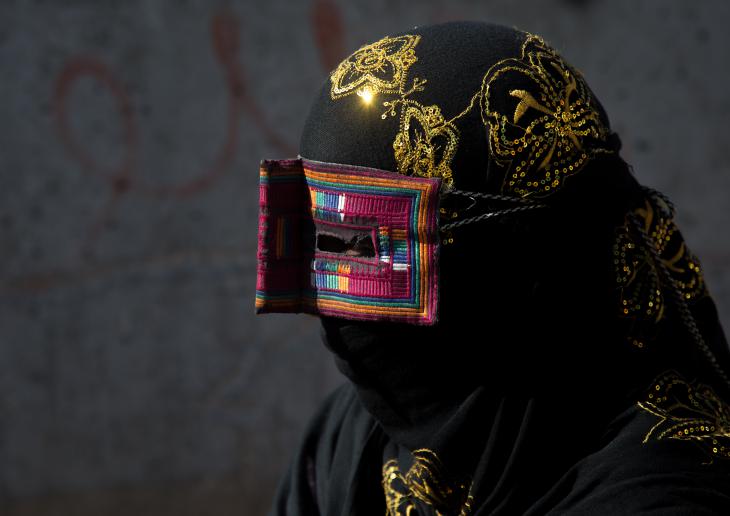 In the Bandar Abbas region, black masks are worn by girls from the age of 9. The orange mask is for the fiancee, the red mask is worn by married women. The price varies depending on the colour: orange is expensive, black cheap 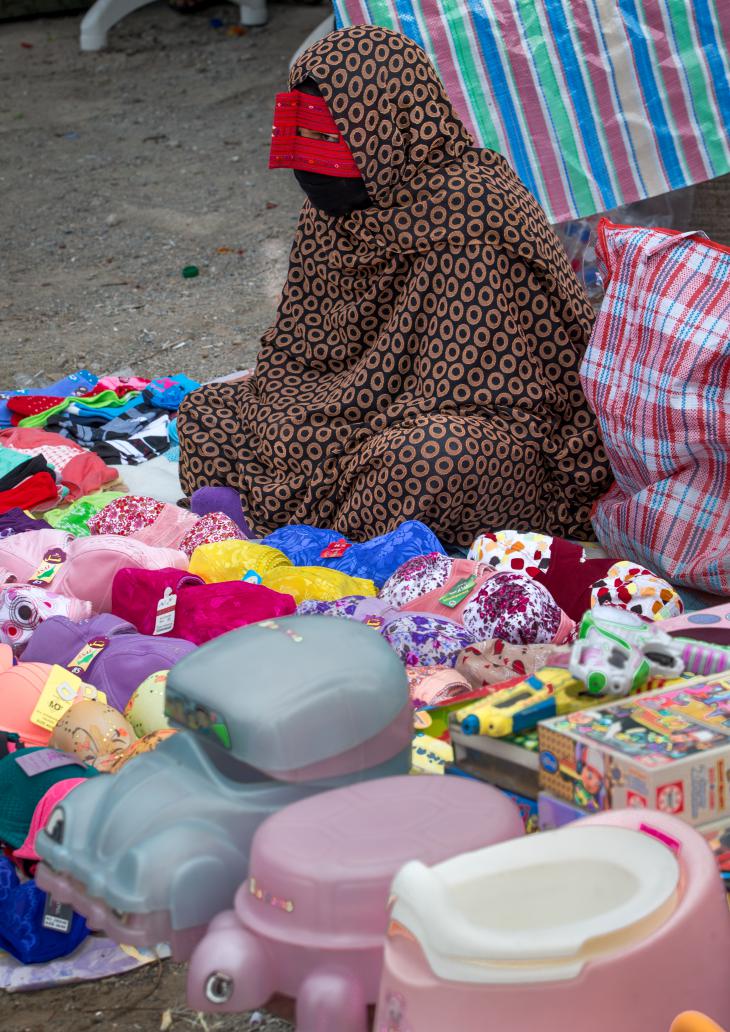 On the Panjshambe bazaar in Minab, masked women can be found selling multicoloured bras – in marked contrast to the modesty of their own attire 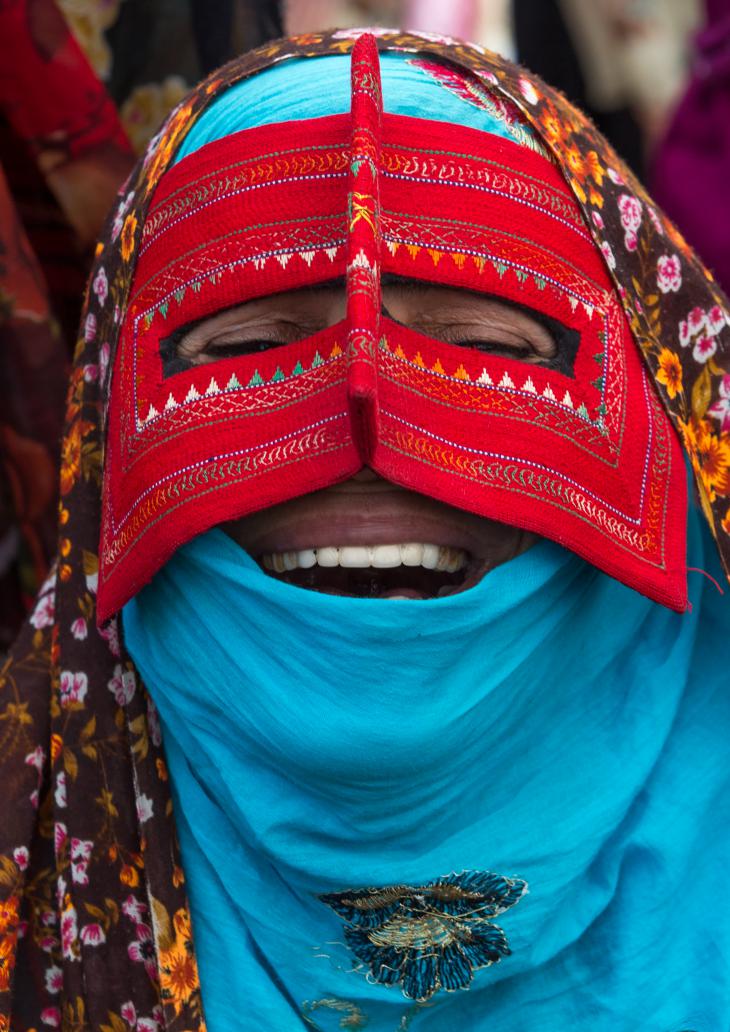 ″Don′t take my picture; I don′t want to be famous!″ says this woman in a bright red boregheh. It is the custom in the region to ask permission before taking pictures – regardless of whether the subject is a man or a woman. Stealing an image is considered an insult 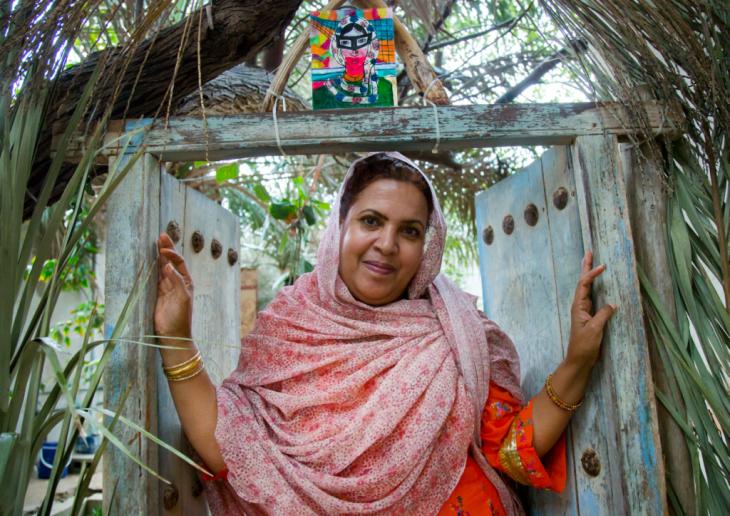 Originally from Qeshm, Zinat studied medicine on the mainland. Returning home, she found her perception of life as a woman had changed. She decided not to wear the mask. As a result, she was ostracised from the community for 10 years 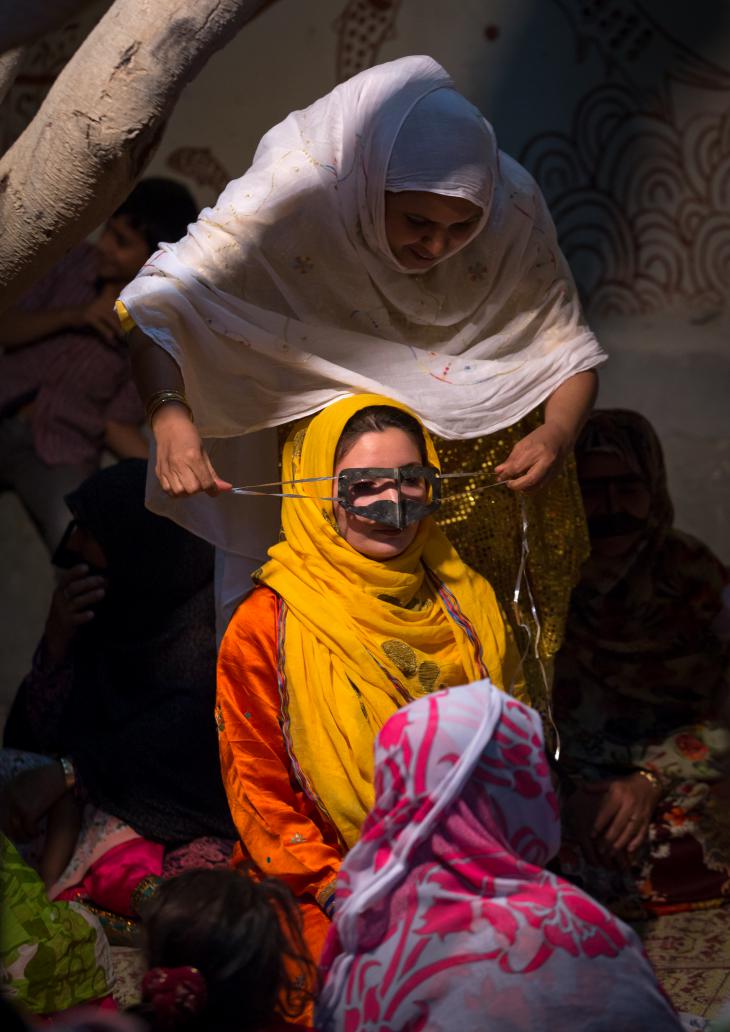 During an art performance, Zinat ties an iron mask on a girl, representing the oppression she herself suffered when she was young and forced to wear the mask in her village. Zinat is aware that things are not moving as quickly as it might seem: in a society rooted in its traditions and its silence, many children born out of wedlock are still killed at birth. Zinat is now fighting to stop this barbaric custom

END_OF_DOCUMENT_TOKEN_TO_BE_REPLACED
Social media
and networks
Subscribe to our
newsletter