Skip to main content
The Media and the Free Gaza Flotilla

Some see it as a "freedom flotilla", others as a fleet full of violent Islamists. Arab and Western media for once showed the same pictures, but they still have entirely different ways of telling the story. Stephanie Doetzer looks at how the media covered the incident

​​ At first glance it might seem that, this time at least, Arab and Western media had pretty much the same view: both were shocked that people had died, both agreed that it had all happened in international waters, both reported on the world-wide protests against the Israeli operation.

So far, so similar. But behind the apparent agreement two very different stories are being told. The division, however, is no longer simply between Arab media on one side and Western media on the other. The media war's front line often runs between different media of the same country – and sometimes it cuts straight through a single newsroom.

Still, there are narratives which are dominant in the West, but much more frequent in the Arab world – and vice versa. For example, the question of who attacked whom on the ship: for Western journalists, it's crucial; for Arab journalists it's secondary. Their view of the attack usually begins somewhere else – at the very latest with the start of Israel's blockade of the Gaza strip. Disagreements among the Arab media become obvious only when it comes to the geo-political analysis: pro-Iranian media then have a very different view than those close to the Saudi or Egyptian government.

Concerning the moral judgment of the Israel attack, there is a pan-Arab consensus going beyond the usual political divisions: Newspapers and TV reports abound with terms like "massacre," "piracy" or "crime against humanity". While German papers still point out that it's "not yet clear what exactly happened", the fact are pretty straightforward for Arab journalists – at least since the release of the passengers. 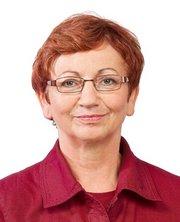 Inge Hoeger of the German Left Party was on board the Mavi Marmara. Stephanie Doetzer says that you can find out more about her eye-witness report in Arabic than you can in German

​​ It may well be a result of their generally more critical attitude towards Israel. But there's also a fundamental difference in the way journalists deal with eye-witness reports. In Germany, the passengers on the Mavi Marmara are considered "anti-Israeli" by definition, and their account of what happened is seen as less valid than that of a neutral observer. Despite their differences in tone, both the right-wing daily "Die Welt" and the left-wing "taz" both argue that "the passengers were being used by Hamas".

The German politicians among the passengers thus find themselves put in a category from which they cannot escape easily. The same happens to Henning Mankell: In the German press the Swedish novelist comes across as an eccentric ideologue whose point of view does not need to be taken very seriously. In the Arab media, however, personal stories of the passengers are taken very seriously indeed – oddly enough, the report of Inge Höger, one of the German members of parliament, is more thoroughly covered in Arabic than it is in German.

For Arab journalists, it's not the activists who are biased, it's the Israeli government spokespersons. That Israeli officials will do their best to cover-up the truth is one of the very basic assumptions of almost any Arab journalist. As a consequence, the reader or viewer is more frequently reminded that it's the Israeli army which confiscated independent footage and controls the pictures: without the army's captions on the footage, no-one could possibly tell which of the black dots on the screen were soldiers and which one were activists.

Shady passengers on the Mavi Marmara?

It's a simple fact that among 700 passengers, one can find a wide variety of people – ranging from conservative Islamists to anti-Zionist Jews and anarchist atheists. However, this variety is seldom mentioned, as it suits neither the Western nor the Arab dominant narrative. Arab commentators tend to describe all passengers on the Mavi Marmara as selfless heroes, regardless of their individual motivation and background. Western media distort the situation in a different way: any journalist wanting to be seen as "critical" has to look for "Islamist ties" and should describe the organisers of the flotilla as "shady" and "dubious" at the very least.

Strangely enough, hardly anyone asks the one question that ensues: Do the political opinions of the passengers make any difference for the moral judgment of the attack? 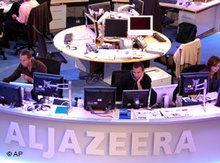 Doetzer argues that Al Jazeera English was walking a tightrope: as well as Arab and Turkish opinions, Israeli representatives were also given a hearing

​​ Judicially speaking, they don't. In terms of public opinion, however, few aspects matter more. Thus, even within a single newsroom, there can be fierce battles over who defines the terms of debate. Sometimes this can even be visible for the viewer, most strikingly for those switching from Al Jazeera Arabic to Al Jazeera English.

Al Jazeera had eight staff members on board, but the two sister channels dealt very differently with the accounts of their own journalists. On the Arabic channel, the journalists are given the opportunity to speak about their personal experiences on the ship and in Israeli detention: A Lebanese cameraman tells his stories with his daughter sitting on his lap, a Mauritanian colleague recalls his encounter with an old and helpless Gazan in his prison cell.

The English channel takes an entirely different approach. There are few personal stories, and the presenters, most of them with a western background, ask mainly technical questions: How did the raid happen? Were there any weapons on board?

Al Jazeera English tries to walk a tightrope. Calling it an "Arab channel" does hardly make sense; its reporting resembles that of some left-wing media in Europe. Israeli military spokespersons get considerably more airtime than they would on any other Middle Eastern channel outside Israel. The effect may well be that Western viewers critical of Israel simply move on to Press TV from Tehran, a channel that currently promotes itself as the English-speaking voice of the pro-Palestinian scene.

The more pro-Palestinian a channel, the more it tends to report on the world-wide protests against the Israeli blockade of Gaza. But even in Western media, there seems to be an unusually high level of interest in the demonstrations in Paris, Vienna or London. 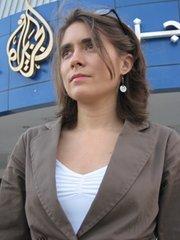 Stephanie Doetzer says that "the Arab media go overboard with emotion; they have adopted the logic of victimisation, and they celebrate victories where there are none"

​​ But yet again, the shared interest conceals very different points of view. Arab commentators like Abdelbari Atwan, editor of the London-based newspaper Al-Quds al-Arabi, or the journalists of Hisbollah channel Al-Manar, see the protests as a turning point and believe that the world has come over to their view.

Sometimes it seems like the tragedy has turned into a triumph after the release of the passengers. From Hamas-friendly media to the Saudi-funded Sharq Al-Awsat there's a consensus that "Israel has lost the PR war," in that it has – as the Egyptian Sayed Yassin put in Al Hayat – "not only put itself up against the Palestinians, but also against humanity."

Perhaps Arab commentators haven't had a very close look at the Western press. Most of the Western media may agree that Israel is becoming increasingly isolated, but the underlying assumption is: "Israel is damaging itself." They then quickly conclude, as did Peter Münch in the Süddeutsche Zeitung: "A country which has so many enemies on all sides is urgently in need of friends." Hardly anyone talks of actual political pressure on Israel – the website of the Welt newspaper simply suggests that "Israel should blockade Gaza more intelligently."

The logic of Arab victimisation

Mainstream media in the West is busy trying to figure out their balance between soft criticism and the self-imposed commitment of not being too tough on Israel. Meanwhile, many Arab media go overboard with emotion, lose perspective in a logic of victimisation, and celebrate where there is nothing much to celebrate.

On both sides, important questions are ignored. How did it come about that, on the first day, the number of victims was reported worldwide as "at least fifteen", while the following day the number had fallen to nine? And why is there no debate in the Arab media, for all the passionate support for Gaza, about which kinds of protest make sense and which ones do not?

Hamas representatives say that it's thanks to the "martyrs" that world attention has been drawn to the blockade. That could well be true. Had there been no dead, the world would have continued to have as little interest in Gaza as it had before. And yet, it's a cynical thought which should make both Arab and Western journalists think.

Stephanie Doetzer is a free-lance writer based in Qatar. Until recently she worked for Al Jazeera television. Before that she was a reporter with the German public broadcaster SWR.

END_OF_DOCUMENT_TOKEN_TO_BE_REPLACED
Social media
and networks
Subscribe to our
newsletter