Between Self-censorship and Prohibition

Despite short phases of relative freedom for Iran's press, the scope for journalists who are critical of the government has narrowed steadily. Ghasem Toulany looks back over the last thirty years

​​It comes as no surprise that the media in Iran have been suppressed for many years. After all, the leader of the revolution, Ayatollah Khomeini, gave a speech as early as 1963 in which he spoke out firmly against press freedom.

So when, on the night before his victory in the Islamic Revolution of 1979, he described himself amongst other things as "an advocate of freedom of speech" it seemed as if it was part of a strategy to secure political power.

The last prime minister of the Shah's government, Shapour Bakhtiar, had lifted censorship in Iran around a month before the revolution. Without censorship, the media were now in a position to push for political change independently.

The brief "spring of freedom"

By reporting on the nationwide unrest and publishing the pronouncements that Khomeini was making from Paris as he waited to return to Iran, the Iranian press was able to play an active role in the revolutionary process and campaign for the revolution. In the period immediately after the Shah was toppled from his peacock throne, the Iranian press enjoyed a short "spring of freedom".

A few months after the revolution, however, the revolutionary council passed a new press law containing a number of restrictions on the media in Iran. The provisional government under the liberal prime minister Mehdi Bazargan, which did not agree with these far-reaching restrictions at all, was not able to do much to oppose them. 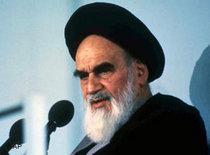 ​​Disagreements between the government and the powerful revolutionary council finally left the government outmanoeuvred. With Bazargan's resignation, the way was now clear for the radicalisation of the Islamic Republic.

Despite the fact that Khomeini had promised before the revolution that clerics would not be politically active in the future government, when the Iranian constitution took effect, the religious leader was given absolute power.

A few months after the revolution, Ayatollah Khomeini fired the first warning shots at the liberal media. Soon after, the newspaper Ayandegan was banned and the two largest daily newspapers in the country, Ettelaat and Keyhan, were occupied by young revolutionaries and then nationalised.

The Iran-Iraq war radicalised the Islamic Republic still further. In 1980, Saddam Hussein began his military campaign against Iran with the support of many western countries. Khomeini was later to describe these eight years of continual war as "God's blessing". The war gave the ayatollah the chance to demolish any remaining domestic opposition once and for all and to put the media under ever greater pressure.

In 1981 alone, 175 newspapers and magazines were banned in Iran. By the end of the war, only 121 were still being published. The famous Iranian journalist Masud Behnud describes this period as the "dark days of journalism" in Iran. Almost all critical journalists were forced either to leave the country or to stop working in journalism.

After the war, under the presidency of Hashemi Rafsanjani, the number of newspapers and magazines increased again. As minister for culture, the future president Mohammad Khatami was responsible for the media. Under Rafsanjani the two large newspapers Hamshahri and Iran were both founded on the initiative of the so-called technocrats.

​​Both newspapers changed the press culture in Iran fundamentally and in the coming years were to support the reform process led by Khatami. Newspapers like Kiyan and Adineh, published by nationalist religious elements, also played an important role in the process of the measured liberalisation of the press.

The socially critical newspaper Salam was also founded under Rafsanjani by left-wing Islamic clerics. Right from the start, the paper was critical of the incumbent government.

Moreover, Salam played no small role in supporting the reformers in the presidential elections of 1997, thereby contributing to Khatami's election victory.

Pioneers of the Iranian reform process

The newspapers and magazines that were published after the end of the Iran-Iraq war by Islamic intellectuals in Iran can also be seen as pioneers of the later reformist press, but it was only in 1997 that the reform-orientated press was really able to blossom. 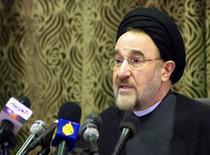 ​​When Mohammad Khatami came to power in 1997, he made the liberal politician Ata'ollah Mohajerani his minister for culture. Mohajerani issued generous licences for new newspapers and magazines, heralding the second "spring of freedom" for the press in the history of the Islamic Republic.

The opponents of reform did not, however, sit back and watch in silence. In 1998, the Iranian judiciary banned the popular newspaper Jamee. The two follow-up papers (Tus and Asr-e Azadegan) suffered a similar fate. Then the influential paper Salam was banned, leading to the student uprisings of 1999.

In the period up to 2000, the conservatives had over eighty newspapers and magazines banned. Their employees were, however, able to continue working as journalists at the newly founded papers.

At the beginning of the Khatami era, the conservatives did not dare ban a publication without a court ruling. In the years that followed, however, they became increasingly aggressive and were able to have undesirable newspapers banned even before they had been launched. The reformist president Khatami was either unable or unwilling to do anything to stop it.

In a public speech made in the summer of 2000, the religious leader Ayatollah Khamenei branded the reformist newspapers and magazines "enemy strongholds". A few days later, almost the entire reformist press was "provisionally" banned at the instigation of the Teheran public prosecutor.

This meant that the newspapers' publishers had to wait for their court cases, when the courts would decide on the ultimate fate of each paper. Most of the cases against the allegedly "provisionally" banned newspapers never in fact took place.

The publishers whose papers had been banned reacted by immediately applying for licences to publish new papers, and the liberal-run culture ministry was happy to grant all licences. This resulted in a cat and mouse game between the conservative judiciary and the liberal ministry for culture.

Mohajerani was forced to resign, however, under pressure from the conservatives. His successor, Ahmad Masjedjamei, was unable to continue the policy of tolerance. The process of issuing licences for new papers became drawn out, and banned newspapers were no longer able to appear under new names.

The danger that from now on newspapers would be banned completely and journalists would lose their jobs led many of them to exercise self-censorship. Around this time, a saying emerged that is still used by Iranian journalists to explain their tendency towards self-censorship: "In Iran there is freedom of speech, but once you have spoken out there is no more freedom!"

By the presidential elections of 2005, the reformist press had been permanently weakened and was no longer able to mobilise the people on behalf of the reformers. Moreover, the majority of the population were disappointed by the Khatami government's policies and the reformers – particularly in the latter years – as they had kept few of their election promises.

The media under Ahmadinejad

With Mahmoud Ahmadinejad's arrival in power, the situation for the Iranian press became noticeably worse. While the ministry for culture under Khatami had supported the press, under Ahmadinejad it developed more into an instrument for controlling critical journalism.

The policy of generously issuing new licences to publishers of newspapers and magazines gave way to one of issuing bans in advance.

​​Even some of the conservative media have noticed the effect of the radicalisation of politics in Iran; the conservative online newspaper Baztab, for instance, was banned by the ministry of culture.

The newspaper Kargozaran – which is critical of the government and sympathetic to the technocrats aligned to Rafsanjani – was also banned at the beginning of January this year by the ministry of culture because it was one of several papers that published a statement by a student group accusing the radical-Islamic Hamas of using people as human shields in the Gaza strip.

Despite all the restrictions, reformist journalists and the reformist press in Iran are still very active and count among the supporters of a democratic transition. In fact, Iran's independent, non-aligned journalists have grown in confidence, above all since the reform process that began in 1997.

The new generation of journalists in Iran is now much harder to control, not least because young Iranian journalists of both sexes now make much greater use of the Internet – the print media in the Islamic Republic having come increasingly under the control of conservative political forces.

Ghasem Toulany is an Iranian journalist and lectures in Iranian Studies at the Universities of Göttingen and Bonn.

Iran's Independent Journalists under Pressure
Walking A Tightrope
Since Ahmadinejad came to power in Iran, the independent, critical press has seen its already restricted political freedom being eroded even further. But hardliners are also increasingly zeroing in on bloggers and members of Internet forums. By Arian Fariborz

The Spectre of a "Soft Revolution" in Iran
The Government of the Theocracy is Worried
Nothing - neither economic sanctions nor the threat of military action - worries the regime in Tehran more than the fear of a "soft revolution". The Islamic theocracy is showing signs of panic, says Bahman Nirumand

END_OF_DOCUMENT_TOKEN_TO_BE_REPLACED
Social media
and networks
Subscribe to our
newsletter