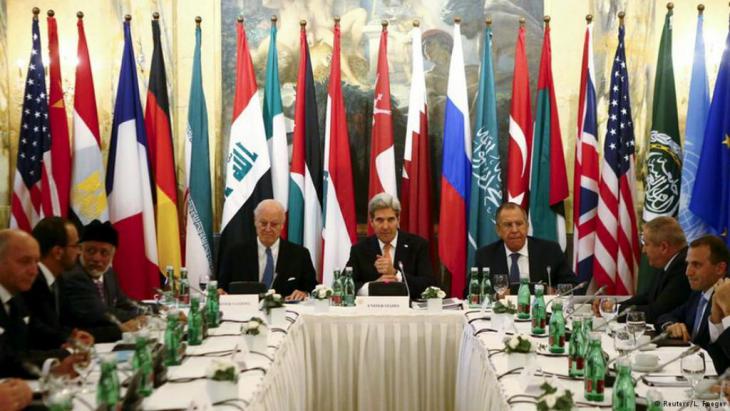 With the international community striving to end the chaos and conflict racking the Middle East and establish a regional order than can sustain peace and stability, Sweden′s fomer prime minister, Carl Bildt makes a plea for working within the existing framework

The roots of the Middle East’s many conflicts lie in the unravelling of the Ottoman Empire at the beginning of the twentieth century and the failure since then to forge a stable regional order. As the international community works toward securing a durable peace in the region, its leaders would be wise to remember the lessons of history.

The Ottoman Empire – which once stretched from Bihac in today’s Bosnia to Basra in Iraq – was a rich mosaic of intermingled cultures, traditions and languages under the ultimate authority of the Sultan in Istanbul. It was remarkably stable, providing the region with a peaceful foundation for hundreds of years. But as it started to come apart, it did so violently.

It was in the Balkans that the process of carving out nation states from the Ottoman mosaic began. And it was a process that kicked off two decades of devastating wars – the first at the beginning of the twentieth century, the second in the 1990s.

Meanwhile, in Mesopotamia and the Levant, a new crop of countries emerged as outside powers redrew the Ottoman map. Syria and Iraq were the outcome of negotiations over competing French and British interests. The Greeks made an ill-fated attempt to conquer western Anatolia – eventually triggering the revolution that led to the creation of modern Turkey. And the 1917 Balfour Declaration – a British pledge to establish a Jewish state in Palestine – laid the groundwork for the creation of Israel in 1948, followed by decades of conflict and negotiations.

Fertile crescent of conflict: "one truth has remained paramount: the Ottoman mosaic provided no clear dividing lines that would permit a smooth reordering of the region into states or entities with homogenous ethnic, national, or religious identities," writes Bildt

Finding a home for the Ottoman province of Mosul proved to be a particularly tricky part of the game, as it was claimed by the new governments in both Turkey and Iraq. A commission set up by the League of Nations and headed by a Swedish diplomat crisscrossed the region in search of a fair solution, but ultimately failed to find a neat dividing line. Eventually, the commission recommended that the province be given to Iraq, but only because Iraq was supposed to remain under a League mandate for decades.

Since then, through successive wars and revolutions, one truth has remained paramount: the Ottoman mosaic provided no clear dividing lines that would permit a smooth reordering of the region into states or entities with homogenous ethnic, national, or religious identities. Recognising this truth is highly consequential: the regional order created in the wake of the empire’s post-World War I collapse may well be arbitrary, but any attempt to change it is likely to lead to even more bloodshed.

Dividing Iraq into separate Sunni and Shia states, for example, could easily result in Mesopotamia’s version of the Indian sub-continent’s tragedy in 1947, when millions of people died fleeing to Pakistan or India after the partition. Indeed, the conflict between Arabs and Kurds that would follow any partition of Iraq would likely be both bloody and long and would have profound ramifications in Iran, Turkey, and Syria, with their large Kurdish populations. The battle for control of Baghdad would be similarly severe. 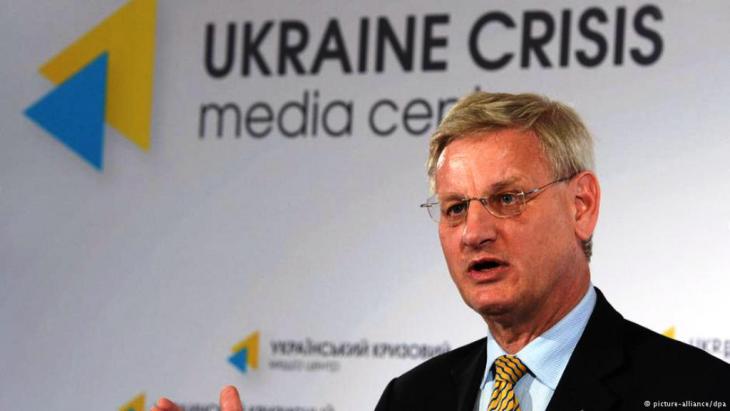 Carl Bildt was Sweden's foreign minister from 2006 to October 2014 and prime minister from 1991 to 1994, when he negotiated Sweden's EU accession. A renowned international diplomat, he served as EU special envoy to the former Yugoslavia, high representative for Bosnia and Herzegovina, UN special envoy to the Balkans and co-chairman of the Dayton Peace Conference. He is chair of the Global Commission on Internet Governance and a member of the World Economic Forum's Global Agenda Council on Europe

Finding a solution to the conflict in Syria is no easier. A Russian-protected Alawite state along the coast might be sustainable, but power in Damascus would remain highly contested. Syria’s Christian minority would also be a victim of such an effort. The country is host to some of the world’s oldest Christian communities, which, though much smaller than they once were, retain undisputed historic rights to the region. They are part of the small patch in the Ottoman mosaic that was preserved in modern Syria; but they would perish if it were to disappear.

To be sure, the Ottoman mosaic is badly damaged and in the process of slowly disintegrating. But while the old multicultural trading cities of Aleppo and Mosul might never truly recover and blossom again, that should not be used as an excuse to carve up the region along new lines, at the cost of rivers of blood.

As the international community strives to end the chaos and conflict racking the Middle East and establish a regional order than can sustain peace and stability, its leaders should strive to work within the existing framework. Armchair strategists in faraway countries are deluding themselves if they think attempts to impose neat new borders on these ancient lands would not founder against modern reality.

Home
Print
Newsletter
More on this topic
Volker Perthes: "The end of the Middle East, as we know it": The end of Sykes-Picot? The global risks of an imploding Middle East: A region in flamesThe geopolitical situation in the Middle East: Between terror and the dissolution of order
Related Topics
Arabellion, Assad regime, Democracy and civil society, History of the Near and Middle East, Syrian Civil War
All Topics

The clashes in Baghdad between supporters of Muqtada al-Sadr and pro-Iranian militias show that an intra-Shia power struggle is in full swing. An analysis from Cairo by Karim El- ... END_OF_DOCUMENT_TOKEN_TO_BE_REPLACED

Bachtyar Ali sends the hero of his latest novel – "Mein Onkel den der Wind mitnahm" – literally flying. Jamshid is so thin after his years as a political prisoner that a gust of ... END_OF_DOCUMENT_TOKEN_TO_BE_REPLACED

In this essay, renowned Lebanese journalist and writer Hazem Saghieh asks whether the Arab Levant, which stretches from Iraq in the east to Egypt in the west, will remain an ... END_OF_DOCUMENT_TOKEN_TO_BE_REPLACED

Climate change is taking its toll on communities in Iraq. Younes Ajil turns on the tap in his home but nothing comes out. Villages in the south of the drought-hit country are ... END_OF_DOCUMENT_TOKEN_TO_BE_REPLACED

END_OF_DOCUMENT_TOKEN_TO_BE_REPLACED
Social media
and networks
Subscribe to our
newsletter