A Haven for Spirituality and Dialogue

The monastery "Deir Mar Musa" in the desert between Lebanon and Syria is an attraction for believers from all over the world. The convent is an oasis of intercultural and interreligious understanding. Stephen Starr reports from Syria 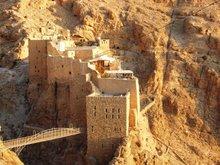 An oasis of peace: In the monastery "Deir Mar Musa" in the Syrian heartland is Christian-Islamic unity alive and well

​​Atop a mountain in the Syrian heartland lies a monastery where the message of Christian-Islamic unity is alive and well.

Cooled by the eastern blowing winds from the mountains dividing Lebanon and Syria, Deir Mar Musa is perhaps an unlikely place to find the seed of intercultural and interreligious understanding. Yet the monastery has been a bedrock of local and national movement for years.

Deir Mar Musa's physical and reputational restoration is to a major part down to the efforts, determination and belief of a single man. After completing a Doctorate in comparative religion and Islamic studies at the Pontificia Università Gregoriana in Rome, Father Paolo Dall'Oglio single-handedly restored the site, setting the first stone in cement from 1982.

Speaking from a library room in the monastery Father Paolo looks and sounds like he understands political and social observer to boot, displaying a nuanced knowledge of contemporary currents in social and political affairs.

"I came here as a student of Arabic and lived in Lebanon and Syria beginning from the 1970s. I asked a priest in Damascus if he knew of a place where I could go to in order to study and pray, he suggested to come up here, and here I am today," explained the priest who was awarded the Anna Lindh Euro-Mediterranean award for interfaith dialogue on behalf of Deir Mar Musa in 2006.

A Jesuit priest, he does not see Christianity as being a superior religion. "I think globalization has set in motion a series of events and established a new mindset. People are on the move, as you can see right here in this monastery every day. Ideas have new venues from where to be exchanged and people are getting to see everything through the internet. So we have had an explosion of information and as a result everyone in this region knows about the Danish cartoon episode and Iraq etc.," he said.

A physical presence lumbering around the monastery's dining area, Father Paolo walks the mountains with a cane alone at night after mass and dinner. He makes himself known to all visitors and can mingle with foreigners and locals alike, in fluent Arabic.

The monastery: moving with the times

The monastery was founded by Mar Musa al-Habashi, or Saint Moses of Abyssinia who as legend has it, was the son of a king of Ethiopia. Refusing to accept his future as laid out on front of him, Saint Moses decided to become a Christian monk and later travelled to Syria, before establishing the monastery.

While the monastery has been reconstructed over the last 25 years, with funding sourced locally and from Rome, the monastery's church is said to date back to the 6th century. Christians apparently sought refuge in holes dug into the mountain rock close to the monastery to escape persecution which began sporadically from the 8th century.

​​On the church walls are at least four separate sets of frescos depicting angels and demons, and man appearing to be caught in a war of good and evil between the two.

Some of the frescos appear damaged, according to Shadi from Damascus who helps out at the monastery, by extremists from centuries ago at a time when Christians were persecuted across the Middle East. Interestingly, in the ancient church mass is celebrated in a similar fashion to Islamic traditions.

Almost entirely self-sufficient, the monastery's community numbers around 15 permanent staff but can rise into the thirties and forties to cater for the hundreds of pilgrims and day-trippers arriving during summer from Damascus and the central Syrian valleys, coming to cool off from the 40-plus degree heat.

Embracing a need to move with the times, the monastery employs a solar-powered water heating system and boasts wireless internet in its three-room library.

Today, the monastery stands as an important local and national vehicle for interfaith initiatives, in addition to supporting environmental and other projects.

With such an eclectic concoction of backpackers, worshippers and teenagers on its busiest days, it is easy to forget Deir Mar Musa is a place of religion. Couples, even married, must sleep in separate quarters separated by more than a 200-meter mountainside walk.

Almost every Easter President Bashar al-Assad travels to the Christian town of Maaloula to partake in Christian celebrations with locals where many still speak Aramaic, the language of Jesus Christ, and this is widely covered in the national media. Syria's First Lady has been involved in a number of interfaith outreach initiatives. 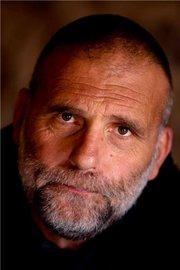 An Italian priest on a Syrian mountain: "I believe in the good nature of peoples humanity, and this is enough for me," father Paolo says

​​Syria's unique brand of secular tolerance has been a central aspect of the government's efforts to maintain accord, and with good reason: to the west in Lebanon religious tensions saw the country destroyed by civil war and looking eastward, Iraq has been devastated by war and sectarian strife. It holds itself out as an oasis of tranquility in a very rough neighborhood.

As many hijab-covered women and girls come to the monastery for day trips as local Christians and western travelers. "Muslims in the Levant consider Deir Mar Musa as a place of their own," said Father Paolo.

Religiosity is not something that can be attributed to Muslim believers as is often noted in western media outlets, in Syria it is cultural. Christians in Syria say "Allah" but in the west "Allah" is associated with Islam pure and simple.

Christians in Syria go to church on Fridays as it is a holiday, in addition to Sundays and in fact almost every other day. Christians and Muslims are as religious as each other and manage to live without issue side by side. This it the kind of respect Father Paolo and the others living in the monastery have seen flourish at Deir Mar Musa.

A half century of colonization followed by what was perceived as an attack on the Arab world in the form of the Israeli state has certainly served as a good grounding for hostility. What Pope Benedict referred to Islam as being "evil and inhumane" in 2006 was another major blow to Christian-Muslim relations in the post-9/11 era.

The headscarf ban in France and in Switzerland, a law banning the construction of minarets was carried in December, all of which are issues setting off hysteria and adding to a feeling of victimization and division between east and west.

"There has been an upshot of religiosity in the Middle East, in recent times. More women are wearing head scarves now than in the 1970s while maybe 30 or 40 years ago Christian women would wear a head scarf. Today Christian women would never do this now," said the Italian priest who then went on to ask why this would be considered a bad thing.

"But I believe in the good nature of peoples humanity, and this is enough for me," he added.

Interview with Father Paolo Dall'Oglio
"We Know We Have Brothers and Sisters in the Islamic Tradition"
What are the prerequisites for meaningful inter-religious dialogue? This question has been addressed to Father Paolo Dall'Oglio, who was recently awarded the Euro-Mediterranean Award for Dialogue. An interview by Traugott Schoefthaler

Mar Musa Monastery, Syria
Muslims and Christians Sharing Spirituality
In 1983, a Jesuit Father rediscovered an 11th century monastery in the Syrian desert. Twenty years on, it is a place where monks and nuns live together and where Muslim visitors sometimes even pray with Christians. By Christina Förch

END_OF_DOCUMENT_TOKEN_TO_BE_REPLACED
Social media
and networks
Subscribe to our
newsletter