The world-famous Moroccan sociologist and writer Fatema Mernissi will celebrate her 70th birthday in October. On behalf of Qantara.de, Martina Sabra went to Rabat and paid a visit to the "grande dame" of the Moroccan democracy movement and of dialogue between East and West 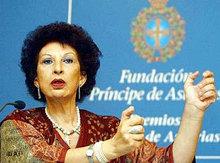 An Islamic feminist with international recognition: Fatema Mernissi is currently a lecturer at the Mohammed V University of Rabat

​​ Fatema Mernissi really relishes academic discourse. Regardless of what she is writing about – whether it be women's rights in the Arab world, the West's fear of Islam, or cultural globalization – the Moroccan academic and essayist succeeds not only in informing people, but also getting them to think and entertaining them at the same time.

Her books have been translated into more than 30 languages and she has received numerous prestigious international awards for her work, including the European Erasmus Prize and the Spanish Prince of Asturias Prize.

Fatema Mernissi began her career in a traditional Koranic school in Fez, where she was introduced to a peaceable Islam. "Writing is seduction," says the author during an interview at her home in the Moroccan capital, Rabat, "and seduction is the opposite of violence. I learned that in the Koranic school. Why do you think books like the Koran and the Bible have been bestsellers for over one thousand years? It's simple: because they seek to seduce the reader through language, not with violence." 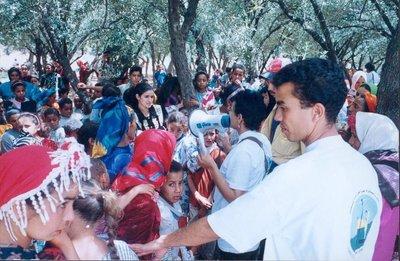 Mernissi actively used her name and her position to support democratic initiatives and the development of civil society. Pictured: meeting of the Ligue Démocratique pour les Droits de la Femme in Marrakesh

​​ Fatema Mernissi grew up with the Islamic sources and the mystical, non-violent currents of Moroccan Islam. However, despite their dedication to tradition, her extended family was foresighted enough to send her to one of the first modern French-Arabic schools in Fez. The talented young girl grasped the opportunity that was offered to her: she completed her secondary school exams, studied social science, jobbed in England and France, and eventually ended up in the USA, where she was given a doctoral scholarship.

Gender studies in the East and West

It was the 1960s, the era of the civil rights movement. The struggle of the women's movement in the USA for equal rights and sexual self-determination taught the young sociologist from Morocco that the oppression of women was not specific to the Arab Islamic world alone. Nevertheless, Fatema Mernissi discovered that she was considered particularly disadvantaged because of her North African and Muslim origins. Mernissi wanted to get to the bottom of these distorted mutual perceptions and wrote her doctoral thesis on gender and women in the East and West. 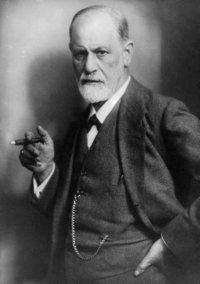 Still topical: Right at the heart of Fatema Mernissi's dissertation was a comparison of the images of women upheld by Sigmund Freud and the medieval Islamic theologian Imam Al-Ghazali

​​ Right at the heart of her dissertation was a comparison of the images of women upheld by the Austrian psychoanalyst Sigmund Freud and the medieval Islamic theologian Imam Al-Ghazali. According to Mernissi, when she reads the results of her study today, she is astonished how topical they still are.

"Sigmund Freud claimed that women secretly desire to have a penis. That is idiotic. Islam was already much more advanced than this several centuries earlier. The medieval scholar Imam Al-Ghazali wrote that men envy women their wombs. So, instead of talking about penis envy, one should really be talking about uterus envy."

The Koran and the oppression of women

Her dissertation, which was published in 1975, was entitled Beyond the Veil and was translated into 30 languages: it is now considered a standard work of intercultural gender research from the USA to Malaysia. The book was reprinted three times in German alone. Another of Mernissi's works, published in France in 1987, is also considered a classic, The Veil and the Male Elite.

The central theory of the book is that the Koran itself does not actually justify the oppression of women. The misogyny actually comes from the male religious scholars who have interpreted the Koran as they see fit over the course of a thousand years and misused it to oppress women.

​​ The Veil and the Male Elite was translated into numerous languages and published around the world. In Morocco, however, it was only available under the counter for many years. "I had stolen the show from the conservative religious scholars and the powers that be," explains Mernissi.

"Just imagine you are living in an absolute monarchy whose claim to power is rooted in Islam. Then along comes a woman and claims that anyone who is opposed to the freedom of the individual is opposed to the Prophet Muhammad. Hassan II's police state was not going to stand for that."

That being said, Mernissi was able to work pretty much undisturbed – even in Hassan II's police state. In addition to her diplomatic rhetoric, her background – a well-to-do land-owning family and a number of relatives who occupied influential positions – provided protection. Mernissi actively used her name and her position to support democratic initiatives. Since the end of the 1980s, her preferred means of doing so has been the so-called "ateliers d'écriture", writing workshops with independent authors' collectives. 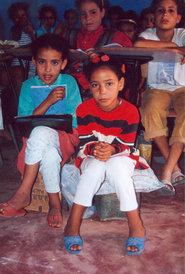 "Writing is seduction," says Fatema Mernissi, "and seduction is the opposite of violence. I learned that in the Koranic school". Pictured: school children in Morocco

​​ By now, a new generation that is more interested in the Internet than in books is emerging in Morocco. The writing workshops are, however, still in demand, and Fatema Mernissi follows social media with great interest. She assumes that YouTube, twitter and the like will lead to more democracy in Arab countries in the long run, because the powers that be will no longer have a monopoly on the most important resources in this regard: communication and information.

When Fatema Mernissi is not surfing the world wide web or supporting others in their creative writing efforts, she is busy working on her next book. Why the West is Afraid of Islam is the working title of a major new essay that is due to be published in English in the USA in 2011. The book is sure to cause a stir in the USA in the year that marks the tenth anniversary of the September 11 attacks. In view of recent debates about Islam and Muslims in Germany, let us hope that this book will be translated into German as soon as possible.

Koran Studies
A Reappraisal of the Position of Women in Islam
The supremacy of men over women in Islam is often substantiated by citing Sura 4.34 in the Koran. An academic institute in Germany has just published a new study on the Sura. Susan Javad interviews the editor

Dossier
Woman in the Islamic World
To this day, women in many Muslim societies are in a legally disadvantaged position. Qantara.de outlines just how women are fighting for emancipation and self-determination with the help of profiles, essays, reports and nation-specific examples

END_OF_DOCUMENT_TOKEN_TO_BE_REPLACED
Social media
and networks
Subscribe to our
newsletter