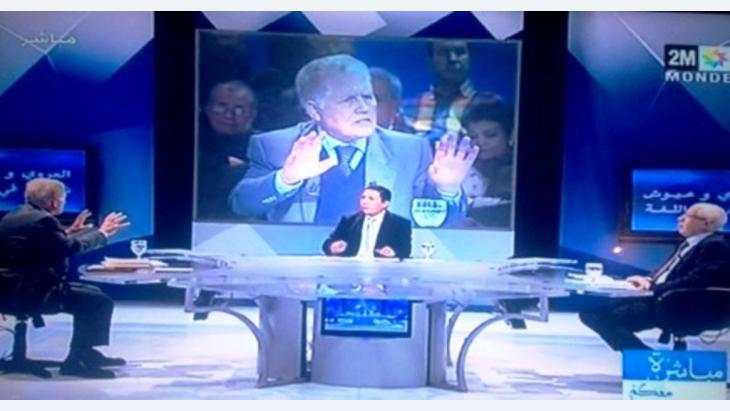 A modernist who defends theocracy

Abdallah Laroui has always been one of the people who advocated a break with the spiritual heritage of the Arab world and saw the values of Western modernity as the basis of a rational humanity. In a recent interview, however, he began defending theocracy, arguing that the Arab world had not succeeded in making a democratic system take root. By Ali Anouzla

From time to time, the Moroccan thinker Abdallah Laroui likes to break his silence and throw a stone into the still waters of Arab intellectual life. What he has to say on these occasions often causes amazement more than anything else: after all, it is very difficult to have real debates in the Arab world.

In an interview with the Moroccan newspaper "Al-Masaa", Laroui recently defended theocracy, arguing that attempts to make a democratic system take root in the Arab world had failed. Laroui suggested during the interview that it was possible for a religious state and a civil state to co-exist.

Laroui is quoted as saying: "The current Arab and international situation means that we have to ask ourselves a delicate question, which, even just a short time ago, would have seemed exagerrated, namely the question of democracy and theocracy or, to use a more Islamic turn of phrase, the question of a just Sharia state".

The compatibility of democracy and theocracy

Laroui answers the question as to whether two such contradictory concepts as democracy and theocracy can be compatible, as follows: "Political scientists engage with this concept, at least indirectly, but analysts prefer not to touch it at all, because they think it incompatible with the insights of modern scholarship. But today it emerges that this kind of co-existence is possible. This new problem arises out of the failure of communism and capitalist globalisation."

This is not the first time that Laroui, an advocate of modernity and secularism, has held up the compatibility of civil government in the form of democracy and religious rule in the form of theocracy. He already laid out these thoughts with reference to Morocco in 2012, in an interview with the Moroccan magazine "Zaman".

Freedom as an essential feature of liberalism: Abdallah Laroui is among the most significant thinkers of the Arab world

On that occasion, he spoke about his idea of a "genuine constitutional monarchy, which protects modernity and combats conservative powers", in which the king, in his role as "ruler of the faithful" as the Moroccan constitution has it, is the custodian of religious affairs. For the author of the book "Contemporary Arab Ideology" (1970), "only the king is in a position to rule on religious questions."

The cause of this U-turn from Laroui, who has always been an advocate of modernism and rationalism, may be sought in the fact that democracy, as he himself defines it – "leadership of the people by and for the people" – presupposes conditions that in reality "are either present or not". Or, as Laroui explains, "are possibly present at one time, but are then gone again, causing a democracy to be transformed into a destructive demagogy, as many great theorists have suggested. Anyone who says that the people are the single and eternal sovereign should not be surprised by the fact that this gives rise to populism, when the majority is passive and has grown used to supplication." The only sure formula is, therefore, a coming-together of democracy and theocracy, according to Laroui.

Absence of debate on the big questions

Nevertheless, little attention has been paid to the fact that a well-known critical, rationalist Arab thinker is defending theocracy. This is evidence of the fact that no debate is taking place on the fundamental issues of societies whose elites are out of touch, and where thinking has become fixed in formulas and reifications.

As we know, theocracy as a form of government takes its legitimation from religious texts. It came to an end in Europe with the Enlightenment and, therefore, had correspondingly negative associations for the Enlightenment's great pioneers.

In addition to this, the concept of the "just Sharia state" has never existed in Islamic history. The legitimacy of the traditional Islamic state was always dependent on the extent to which that state applied religious law. And because there were always great debates and arguments over this application between adherents and critics, the legitimacy of the state also remained contentious.

The words "religious state" and "justice" were only united in the utopian dreams of Islamic thinkers who advocated the idea of a "just tyrant", saying: "may al-Hajjaj reign, while we praise Umar" (referring to the tyranny of al-Hajjaj and the reign of Caliph Umar, who was seen as just). But this only served to legitimise the tyranny of an al-Hajjaj, without attaining the justice of an Umar. 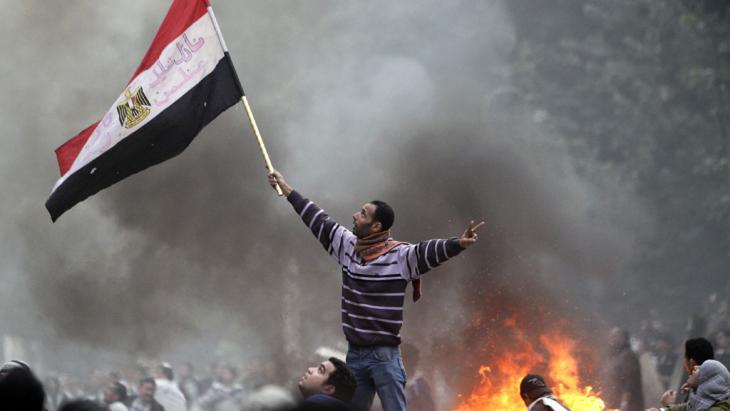 "So what leads a modern thinker like Laroui to draw on such antiquated concepts in order to answer current questions about the correct form of government? Can it be explained by the return of the sacred to the political realm, which the Arab world is experiencing in such a forceful way in the wake of the upheavals of the Arab Spring?" writes Ali Anouzla

The return of the sacred as a response to the Arab Spring?

So what leads a modern thinker like Laroui to draw on such antiquated concepts in order to answer topical questions about the correct form of government? Can it be explained by the return of the sacred to the political realm, which the Arab world is experiencing in such a forceful way in the wake of the upheavals of the Arab Spring – the effects of which are being felt worldwide?

Laroui himself is probably the only one who can answer these questions. But what should be clear to the reader is that the intellectual project of the venerable thinker Laroui is reformist in every respect. It is a criticism of outdated education and selective thinking, and a defence of liberal secularism as the path to modernity. Laroui the reformer has always been willing to make concessions in order to reach this goal. Even in the interview mentioned above, he confesses: "Honesty generally compels me to agree with the decision-makers, even when I know that people expect somebody like me to go against them."

Laroui also admits in the interview that "outdated ideas have sown the seed of despondency and a destructive tendency within us," and it seems as if a hint of this despondency has even found its way into the theorist of Arab modernity himself. At the same time, he concludes the conversation with a little optimism (in a statement that slightly contradicts his idea of applying old concepts): "our problem is that we learn things by heart rather than reflect on them, and thus occupy ourselves more with the past than with the present and the future. An optimist might claim that what is currently being destroyed with such terrible violence is at least liberating us from the chains of a lacklustre past."

Paradoxically, however, it is this very past that Laroui is now invoking in order to solve problems of the present and the future.

Ali Anouzla
© Qantara.de 2015
Translated from the German by Ruth Martin

The country's national election on 8 September will likely bring new government. But neither experts nor locals expect it to bring long-promised change, writes Cathrin Schaer END_OF_DOCUMENT_TOKEN_TO_BE_REPLACED

The coronavirus pandemic has turned lives upside down all over the world. In the Middle Ages, however, people lived with epidemics all the time. The best and most famous ... END_OF_DOCUMENT_TOKEN_TO_BE_REPLACED

A bird's eye view of eight hundred years of history: Brian A. Catlos tells the story of Al-Andalus in the style of a streaming series and deconstructs the myths of the Reconquista ... END_OF_DOCUMENT_TOKEN_TO_BE_REPLACED

In his new book, "Tangier/Gibraltar- A Tale of one city: An Ethnography", Dieter Haller looks at how shared experiences and practices have created a unique relationship and a ... END_OF_DOCUMENT_TOKEN_TO_BE_REPLACED

While Europe and North America experience something like a return to normality with relatively high vaccination provision and take-up rates, the rest of the world is struggling to ... END_OF_DOCUMENT_TOKEN_TO_BE_REPLACED

Algerian scholar Said Djabelkhir rejects the charge of "offending Islam". In interview with Ismail Assam, he maintains that he has been wilfully misconstrued. At the same time, he ... END_OF_DOCUMENT_TOKEN_TO_BE_REPLACED
Author:
Ali Anouzla
Date:
Mail:
Send via mail

END_OF_DOCUMENT_TOKEN_TO_BE_REPLACED
Social media
and networks
Subscribe to our
newsletter