The mosques of Berlin

There are more than 80 mosques in the German capital. Ranging in style from classical to modern, these Islamic places of worship have become an integral part of Berlin's history and cultural fabric. Till Strätz and Max Zander present just a few of them 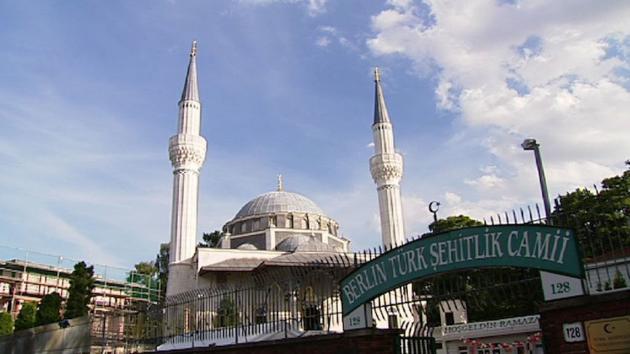 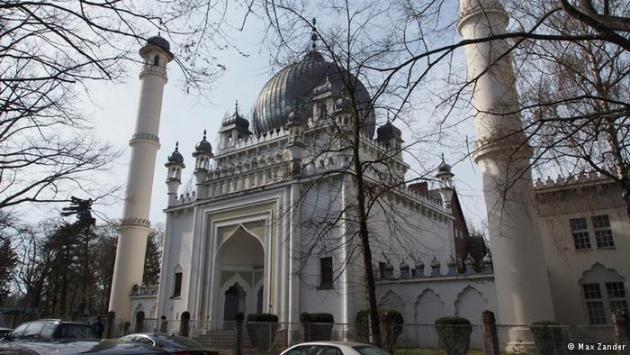 Inspired by India: the Berlin Mosque, which is surrounded by residential homes in Berlin's Wilmersdorf district, is the oldest surviving mosque in Germany. It belongs to the Ahmadiyya community and was officially opened in 1928. Modelled on the Taj Mahal in India, it was designed by German architect Karl August Herrmann. 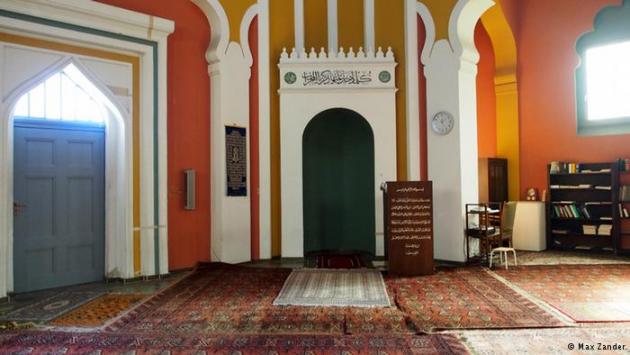 A missionary mosque: even though all the calligraphy on the prayer room walls is in Arabic, all sermons at the mosque have been given in German ever since the mosque was opened. The complex was originally built for the purpose of proselytising. In fact, the first German couple to convert to Islam was married here in 1934. Today, the mosque is mainly used for Friday prayers and as an information centre. 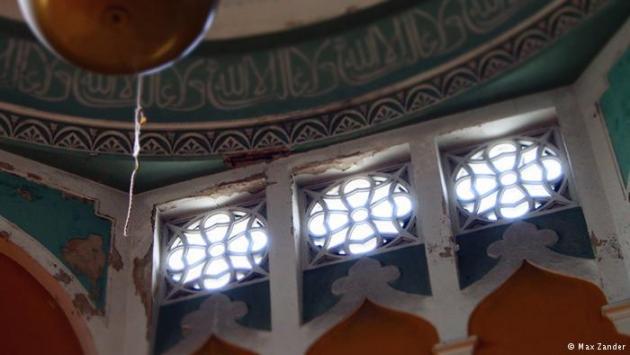 Protected historical monument: the scars of time are visible on the Ahmadiyya Mosque's inner walls. The structure was badly damaged by Soviet bombardment when German soldiers occupied the building during World War II. The mosque was restored after the war thanks to help from the Allies and donations from Lahore. It has been listed as a historical monument since 1993. 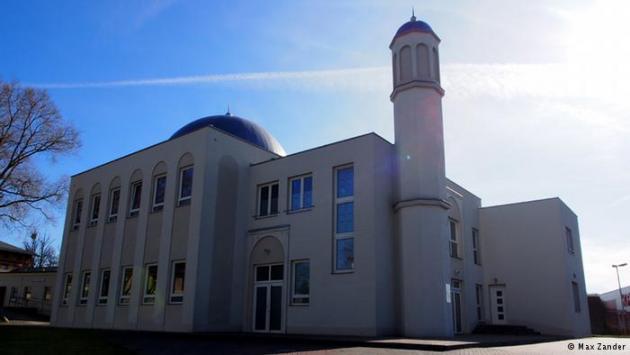 Bauhaus goes Islam: another house of worship belonging to the Ahmadiyya community is located in Berlin-Heinersdorf. The Khadija Mosque was the first to be built in what used to be communist East Germany. It is a fusion of Western and Islamic architecture. Here, the modernist Bauhaus style is coupled with the characteristic dome and a 12.5-metre-high minaret. 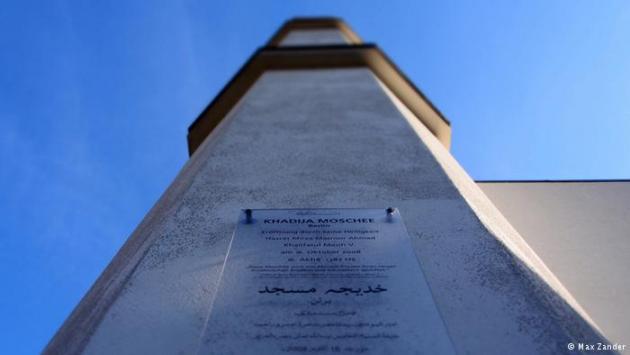 Controversial beginnings: there were major protests leading up to the mosque's opening in 2008. The fact that it was finally accepted by the wider community is to the credit of the "Open up Heinersdorf" initiative and its first Imam Abdul Basit Tariq, who used the motto "love for all, hatred for none" to campaign for openness and dialogue. 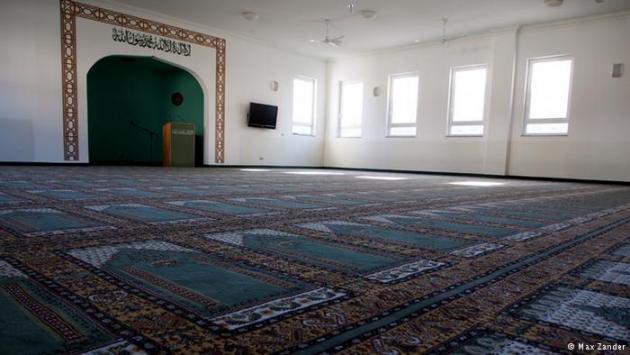 Simple elegance: functionality is a key feature of the building's interior. Local architect Mubashra Ilyas shied away from using too many decorative elements. The low-ceilinged rooms can accommodate around 250 people, and there's a separate area above the main hall reserved for women. 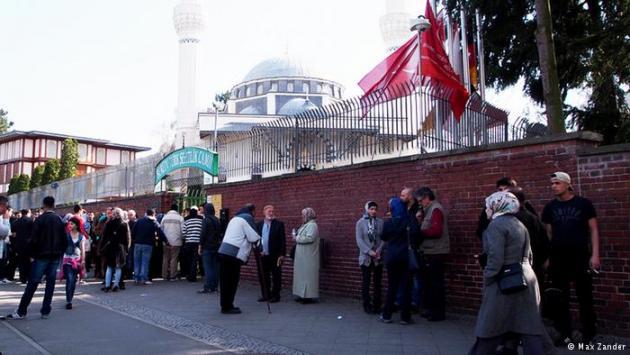 Berlin's biggest: the Sehitlik Mosque in Berlin-Neukölln serves as both a cultural centre and a place of worship. It can hold up to 1,500 people and is the largest mosque in Berlin. It was one of the selected locations visited by incumbent German President Joachim Gauck during his official inauguration in 2012. 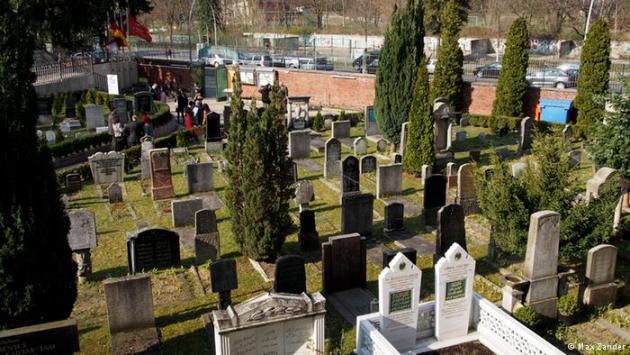 Muslim cemetery: Prussian King Wilhelm I transferred the land to the Turkish community in 1866. The Sehitlik mosque was built next to the Islamic Sehitlik cemetery in the 1980s and was later extended. Today, only funeral ceremonies are performed on the property. The deceased are then usually buried in other cemeteries or transferred to their home countries for burial. 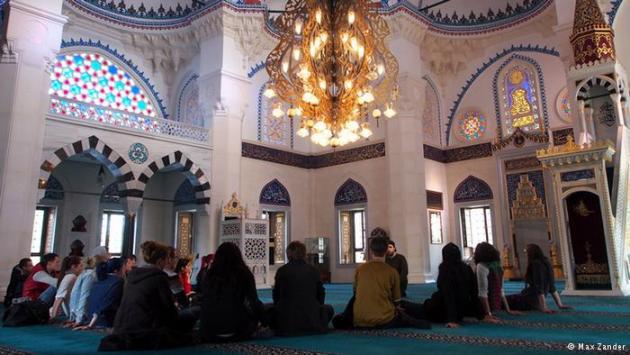 Cultural exchange: the mosque isn't just for Muslims; the Sehitlik community also seeks to foster a relationship with Berlin's non-Muslim population. The mosque hosts a variety of events and offers tours several times a day. Guides point out the mosque's features and try to give visitors a better understanding of the principles of Islam. 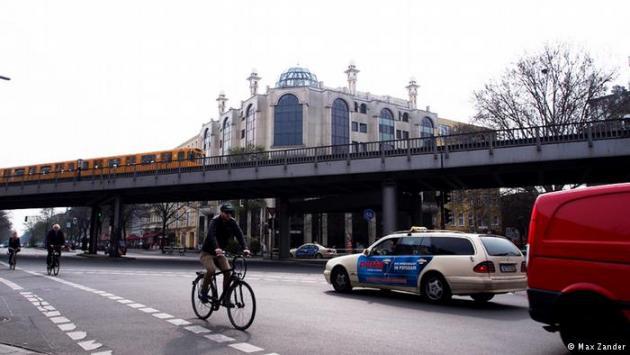 Islamic centre in Kreuzberg: at first glance, the Umar Ibn Al-Khattab Mosque doesn't look like a place of worship. It blends in rather harmoniously with the rest of the buildings on this street in the heart of Kreuzberg. It's part of the Islamic Mashari Centre, which houses not only prayer rooms but also shops, cafes, a travel agency and, since 2008, a madrassa. 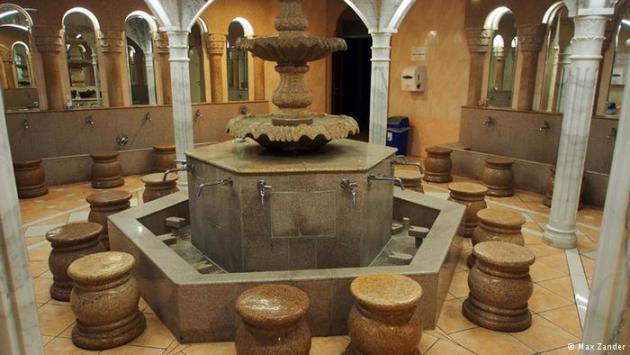 Opulent ablution facilities: magnificently decorated walls and ceilings form the backdrop for the ablution facilities in the Mashari centre's basement. This is where the faithful carry out their ritual ablutions. Islam requires devout Muslims to pray five times a day, but before they can do this they need to ensure physical and mental purity. 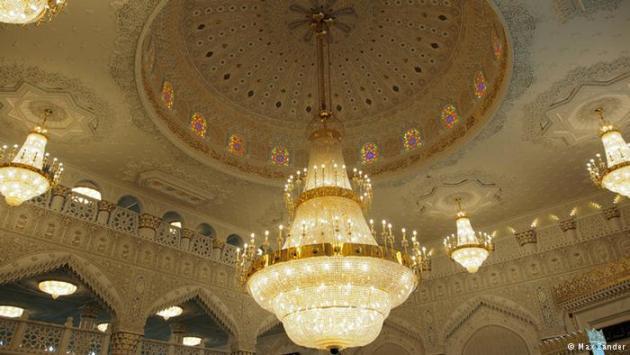 A truly international community: there's enough space beneath the opulent chandeliers in the prayer room for about 1,000 people. Most of those who come to the mosque have Turkish roots, but Bosnians, Arabs and Africans also attend prayer here. The Friday prayer is usually held in Arabic, while screens on the walls give translations in German and Turkish. 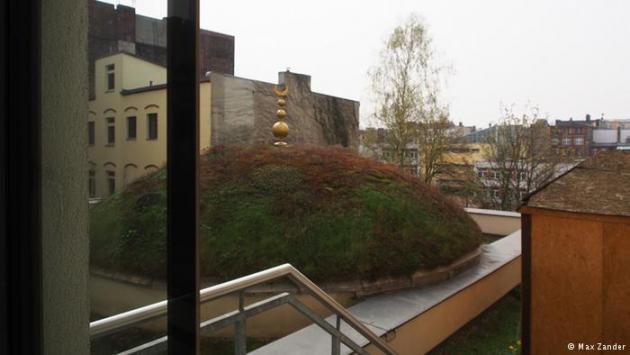 Even Islamic places of worship are subject to Berlin's building regulations: this "green dome", which is reminiscent of a molehill, was obligatory under the city's codes. At the front of the property there's another dome made of glass, where the site's caretaker lives.

END_OF_DOCUMENT_TOKEN_TO_BE_REPLACED
Social media
and networks
Subscribe to our
newsletter