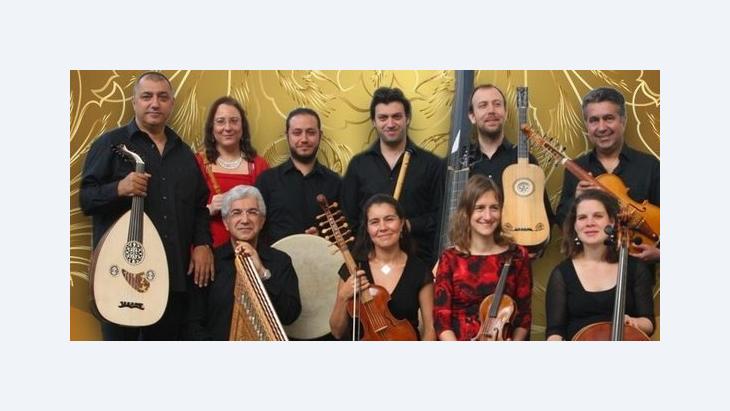 ﻿Under the direction of the Turkish composter and oud player Mehmet Yeşilçay, the multinational project "Music for the One God" unites the sounds of Islamic, Sephardic-Jewiosh and Christian music. Stefan Franzen reports

﻿If one could take a time machine back to 17th and 18th century Istanbul, one would be astonished by the peaceful and fruitful coexistence and exchange of cultures in the city. This also applied to the sphere of religion and the realm of sacred music. Inspired by this epoch, a multinational project under the direction of the Turkish oud virtuoso and composer Mehmet Yeşilçay has come up with a unique concert programme.

The undertaking could also be described as a logistical tour de force. It unites a mixed Oriental-Western chamber ensemble, Baroque instrumentalists, a Byzantine choir, Jewish and Armenian cantors, and vocal soloists specializing in the classical Ottoman and Baroque repertoires to perform sacred music from the three major monotheistic world religions in a coherent concert dramaturgy. The goal is to offer praise to their one, common God, who nonetheless bears various names.

As the artistic director of the project, Mehmet Yeşilçay has set himself an ambitious agenda and he is literally bursting with anticipation and expert knowledge whenever asked about the background to the "Music for the One God" project.

The Ottoman Empire and Europe

"During the 17th and 18th centuries, there was very intense and effective contact between the Ottoman empire and Europe," he explains, justifying his choice of the musical epoch for the concert programme and the focus on Istanbul. 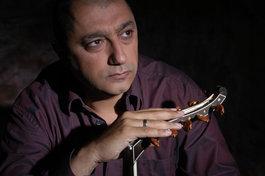 ​​"Just recall the fashion for all things Turkish at the time. Also, Turkish musicians were invited to perform for the court of Friedrich II in Berlin as well as for August the Great in Saxony. Louis XIV received an envoy who had brought a large musical ensemble along on his journey. Conversely, a Baroque chamber ensemble played before the sultan."

The most curious example of the exchange between the Orient and Europe is the case of Wojciech Bobowski. Born in Breslau in 1607, the composer and church musician was abducted by the Tartars and carried off to the court of the sultan, where he continued to work as an organist and lute player. "After his conversion, he composed sacred Islamic music, which is still known to this day. He even translated into Turkish the Old Testament and Huguenot psalms that he had brought with him," relates Yeşilçay.

His music will be performed in the Music for the One God project, as well as works by Itrî, the founder of Ottoman classicism, from whom we still know, thanks to an uninterrupted tradition, how music was performed in his day. On the other hand, there are works by Bach, Domenico Scarlatti, Lorenzo de Rossi, Vivaldi, Pergolesi, Schütz, and Praetorius. The religious harmony is completed by Armenian and Jewish Sephardic vocal music.

The latter, in particular, played an important role in interreligious exchange in Istanbul at the time. Historical records vouch for the fact that many Hebrew and Sephardic musicians played at the court of Selim III, including Tanburi Ishak, who even gave music lessons to the sultan, sang in the synagogue, while also being a member of the Sufi order. Christian-Armenian, Sephardic, and Muslim composers worked in the sultan's palace on equal terms.

"We attempt to follow the spirit of those times, this interplay between the courts of Istanbul and Europe, here and today," according to Yeşilçay. "As someone who lives in Europe, I select music from this epoch, bundle it off to Istanbul, and assemble musicians from different nations and religions." He has managed to create smooth transitions in the dramaturgy and has combined various glorias and amens with Greek and Hebrew hallelujahs and even with a Sufi ritual.

The Munich-based composer and oud virtuoso was predestined to take on this ambitious task. Yeşilçay is the director of the Euro-Turkish Pera Ensemble, has collaborated with Jordi Savall and the Ensemble Saraband, conducted the Munich Philharmonic, and has made new arrangements of Handel arias and Satie compositions.

Coherent dramaturgy: "Music for the One God" unites a mixed Oriental-Western chamber ensemble, a Byzantine choir, Jewish and Armenian cantors, and vocal soloists specializing specializing in the classical Ottoman and Baroque repertoires

​​He is firmly anchored in both Western and Ottoman culture. Yeşilçay was commissioned to head the project by Eyüp Mûsıkî Vakfı, Istanbul's most renowned musical educational institution, with support for the project by the EU as well as the Turkish Ministry of Culture.

"There has been massive feedback in Turkey, in particular from Muslim and Christian religious leaders," reports Yeşilçay. The response in Germany has been somewhat more subdued, and this is also the case for sponsoring. By targeting discussions with interreligious groups, associations, communities, and youth organizations, he is attempting to arouse a wider public awareness of the project.

He has attracted a whole host of luminaries for the line-up of Music for the One God. In addition to Yeşilçay's own internationally renowned Pera Ensemble, he has booked Ahmet Özhan, a great star of Turkish classical music, the counter tenor Valer Barna-Sabadus, and the sopranist Francesca Lobardi Mazzulli. The first phase of concert is currently being prepared in Istanbul – the premiere will take place on 24 April in the Byzantine Aya Irina Church.

A live recording will be made and a CD and DVD will be released in the fall. In July, the retinue will arrive in Germany and perform in Munich, Nuremberg, and Voelklingen near Saarbruecken. This city in Saarland has a long tradition of Turkish guest workers and a high percentage of immigrants.

In recent times, it has also been the site of numerous arson attacks on migrants. The performance here is meant to set a signal. The current mayor has offered the project a forum in the hope that it will revive flagging intercultural contact in the city.

Music for the One God, however, has a second, academic side. A symposium under the direction of the Istanbul Professor Sehvar Beşiroğlu is currently being held in which international music scholars are presenting their research results on interreligious dialogue through music.

"Within this framework, studies have been undertaken to show, for example, how Sephardic musicians took Sufi songs and set Hebrew and Ladin lyrics to them in order to sing them in the synagogue. This should in no means be regarded as theft, but rather as the highest form of respect for this fantastic music. Armenians, Greeks, Jews, and Assyrians all used the same music and then created their own lyrics."

A common God and a shared musical framework – one could only wish that this model and the Music for the One God project inspired by it might also serve as a paradigm for the present day.

Research project "The Global Qur'an", brainchild of Professor of Islamic Studies Johanna Pink and sponsored by the European Research Council, analyses the history and ... END_OF_DOCUMENT_TOKEN_TO_BE_REPLACED

As the Western world emerges from a holiday season made less festive by COVID-19, millions of children in Afghanistan are starting 2022 facing the prospect of famine, illness, and ... END_OF_DOCUMENT_TOKEN_TO_BE_REPLACED

A wedding extravaganza of bright colours, flowers, feasting and dancing, yet the bride, Nefie Eminkova, who comes from Bulgaria's Pomak – Muslim – minority, can see none of it. ... END_OF_DOCUMENT_TOKEN_TO_BE_REPLACED

Every year in December, the team at Qantara.de takes a look back at the articles that proved most popular with our readers. This year is no different. Here is a run-down of the ... END_OF_DOCUMENT_TOKEN_TO_BE_REPLACED

Jesus – Issa in Arabic – doesn’t merely enjoy the highest place among the prophets in the Koran. He is also revered in Islam’s mystical tradition for his message of love and mercy ... END_OF_DOCUMENT_TOKEN_TO_BE_REPLACED

The military in Sudan has never waged war against a neighbour, but it has already staged 17 coups. Tens of thousands of people are risking their lives to oust the military by ... END_OF_DOCUMENT_TOKEN_TO_BE_REPLACED

Comments for this article: Harmonious Triad of Religions

I enjoy your articles very much. But tell me this - why no Youtube links embedded / audio files uploaded onto Soundcloud / no music in your articles about music? Noone would dream of writing an article about a painting without a photograph of artwork, so please...

END_OF_DOCUMENT_TOKEN_TO_BE_REPLACED
Social media
and networks
Subscribe to our
newsletter