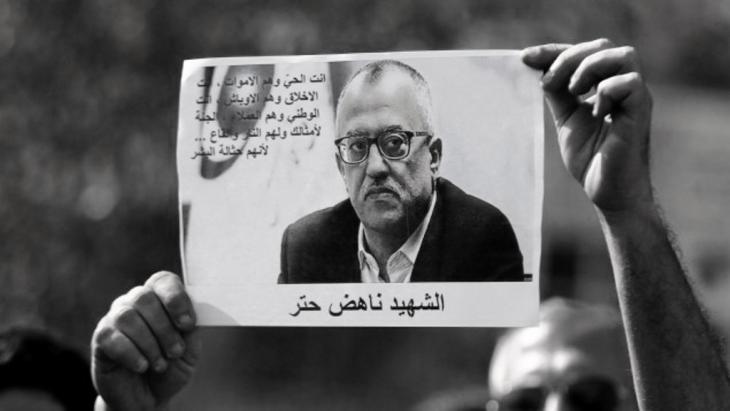 There′s not much to choose between the IS terrorist who recently gunned down the Islam-critical author Nahed Hattar in Amman and those who murdered Chokri Belaid and Mohamed Brahmi in Tunisia. These murders are the result of the Islamist mobilisation against all those who think differently or have a different political standpoint. By Khaled Hroub

When the hatred that the ideologues of IS (″Daesh″) spread in our Arab societies exceeds a specific quantity in certain individuals, it erupts into violence and murder. The rotten fruit of the Daesh ideology (which can be found in Sunnis just as it can in Shias) informs the thought of violent criminals, who seek out unarmed people with divergent opinions and commit acts of supposed heroism against them.

And this incitement to hatred begins in the classroom. Through school curricula that teach little ones to divide the world into Muslims and unbelievers, friends and enemies. Anyone who doesn′t believe me can go and look at the curricula for themselves. They are the perfect preparation for armed fighting a la Daesh.

An hysterical Islamisation of society is also being carried out by Salafist propagandists: self-appointed judges over other people′s thoughts, conscience and beliefs, who class people as either believers or evil-doers. This has gone so far that they have even started to classify some species of animal in this way. I recently learned on a TV fatwa show that a species of fish had been declared morally reprehensible on account of its behaviour. Unfortunately, the honourable sheik didn′t say whether we should now give these fish a thorough whipping before we devour them, or if we are not allowed to eat them at all from now on.

In the jihadist wake

Unfortunately people are also recruiting followers of the Daesh ideology from the pulpits of many mosques. A lot of Friday preachers rail against unbelieving criminals like Christians, Jews, Communists, secularists, nationalist Shias and anything else that catches the esteemed preacher′s attention.

And every week these imams preach to millions of Muslims, most of whom have no experience of a modern, pluralist society. In the 21st century, they are listening to quotations from yellowing books from the period of Muslim decline in the Middle Ages. They waver between consternation and silence. But many people take what they hear as the absolute truth, particularly those who still remember their religious education at school and are presented with the same views by television broadcasters, who have fallen for the Daesh way of thinking and fill the ether with it.

The attempts to justify the cowardly murder of Nahed Hattar are almost as despicable as the murder itself: Hatar insulted God, he did this and said that and so he himself is responsible for his fate. The internet is so full of readers′ comments justifying his murder that you could make an academic study of them. 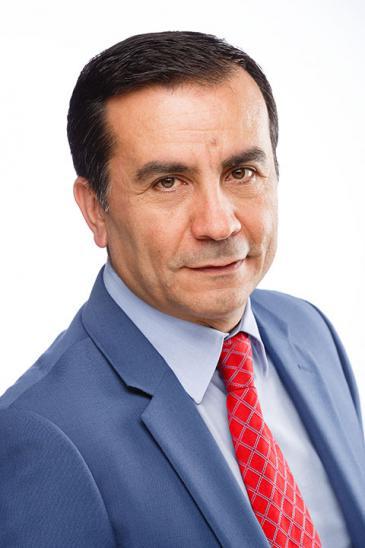 The journalist and media expert Khaled Hroub used to be director of the Cambridge Arab Media Project at Cambridge University. He is one of the most important opinion-leaders in the Arab world. These days he is as a consultant with the Oxford Research Group′s (ORG) Middle East Programme

This shows us how after fifty years of raw Islamisation and radicalisation, which have broken everything beautiful in us, Daesh has started to take hold in our societies. Anyone who says that Hatar challenged the radicals himself is missing something fundamental; namely that it is the job of the state and the judiciary to punish someone like Hatar – or not – and not the job of some crackpot or IS follower who claims he has to protect his religion by doing away with anyone he doesn′t like.

And why is no one hurrying to defend the reputation of Islam, which has come to stand for bloodshed and beheadings all over the world? Why are the people who are supposedly defending the ″culture and faith of the Jordanian people″ not upset that Jordan is now also being connected with the ideology of IS and that this once promising, civilised country no longer allows divergent voices to be heard?

This is not a question of whether you agreed with Nahid Hatar′s opinions. Rather, however provocative it may sound to some, we need to say loud and clear that the IS thinking in us, in our education system, in the press and in our mosques and also among many politicians, is enemy number one! Stamping out its philosophy and rescuing our societies from it has to be right at the top of our agenda. Justifications and whitewashes, by contrast, just mean we will continue to breathe in this ideology and permit more and more death and destruction, as well as damage to our souls.

A few days ago I read the Facebook comments on two TV programmes: one featuring a female Arab singer and the other a documentary about Sufi ceremonies. The aggressive incitement to hatred in both cases made me shudder both inwardly and physically.

The curses and threats spat out on the Internet against the singer and the Sufis show one thing above all: all these jihadist commenters lack is a weapon and the chance to get close to the person they are vilifying, in order to kill them. The difference between Daesh′s theory and its brutish practice is simply whether one has access to weapons.

Both variants of the IS ideology rest on a foundation of denunciation and feed from the same stinking swamp. It is thus the task of our societies and of the silent masses to ask themselves: how many singers have put on an explosive belt and blown themselves up in a crowd of peaceful civilians?

Financial woes had been part and parcel of UNRWA's work for years. In 2018, however, President Donald Trump dealt the organisation a deadly blow, deferring payment of U.S. yearly ... END_OF_DOCUMENT_TOKEN_TO_BE_REPLACED

The Human Rights Film Festival Berlin has been held for the third time in 2020 under the patronage of Nadia Murad. In just a short time, this festival, which was initiated by the ... END_OF_DOCUMENT_TOKEN_TO_BE_REPLACED

In recent weeks, Jordan's social media has been awash with photos and videos of demonstrators gathering in cities all over the country, chanting "Long live the teacher" and "we ... END_OF_DOCUMENT_TOKEN_TO_BE_REPLACED

Renowned Jordanian Islamic scholar Fehmi Jadaane vehemently objects to the transformation of Islam into an ideology. The religion ends up mired in a political swamp, he says, its ... END_OF_DOCUMENT_TOKEN_TO_BE_REPLACED

Jordan is not only waging a vigorous battle against coronavirus, but also against the Middle East peace plan proposed by U.S. President Donald Trump. By Birgit Svensson END_OF_DOCUMENT_TOKEN_TO_BE_REPLACED

END_OF_DOCUMENT_TOKEN_TO_BE_REPLACED
Social media
and networks
Subscribe to our
newsletter