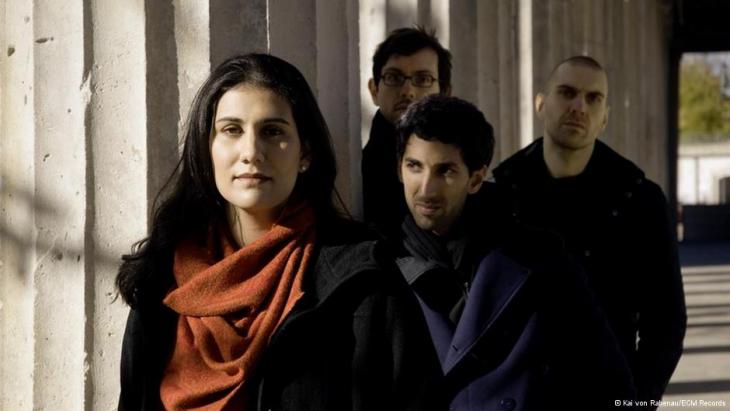 A Global Sound, but without the Global Clichés

Persian poetry from the Arabian Nights meets modern, urban jazz – it may sound bizarre, but it works beautifully. The music of Berlin-based band Cyminology manages to be experimental while at the same time dodging the pitfalls of the world music genre. By Suzanne Cords

It all began when a music student called Cymin Samawatie discovered a CD belonging to her aunt featuring medieval verses by the Persian poet Omar Khayyam. Samawatie was so fascinated by the texts that she presented a version set to music to her jazz professor and then to her band. Until then, Cyminology had worked in English. But Samawatie's discovery marked the beginning of a new era for the multicultural Berlin quartet, founded in 2001.

That's when they began combining vocal chamber jazz with Persian literary texts. "The poems are about desires and philosophical questions: Where do I come from? Where am I going? Why am I alive?" explains Samawatie. The singer is troubled by how much gets lost in translation, quipping "I always say that people should just learn Persian. Goethe learned it at 60, so it's never too late."

As she navigates between eastern and western sounds, Samawatie is accompanied by band members with French and Indian roots, who effortlessly maintain the balance between urban jazz and Arabesque flourishes. Elegiac piano passages trade off with dynamic drum sequences and pulsating bass. The exotic, mysterious instrument hovering above it all is Samawatie's voice.

"For outsiders, who don't understand the words, it's more like instrumental music, like classical music," she says. "You take notice of the sound and can dive into it."

After three CDs in which the quartet drew their lyrics from the poems of old masters, 2011's Saburi was the band's first album with their own lyrics. Saburi translates as "patience", which is exactly what singer Cymin Samawatie needs when she thinks about conditions in Iran. Her parents are from Iran. Although she grew up in Brunswick, Germany, she feels a deep connection to her parents' native country. The songs address the situation in Iran and give expression to the hope that things will, at some point, get better. 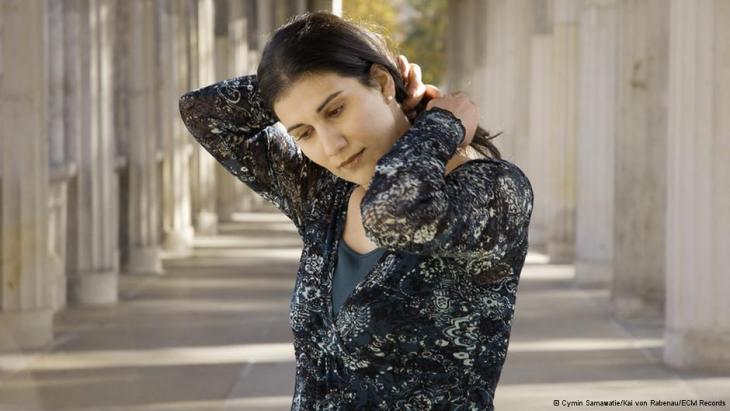 "I did give some thought to singing in German," says Cyminology singer and frontwoman Cymin Samawatie, "but the sound of Persian is just so much more colourful and better reflects the way I feel "

Two years later, Cymin Samawatie and her three bandmates – pianist Benedikt Jahnel, double bass player Ralf Schwarz and percussionist Ketan Bhatti – are on a new journey of discovery. "This time I've taken up modern Persian poetry and am getting into love songs for the first time," says Samawatie.

Of particular interest is the Iranian poet and filmmaker Forough Farrokhzad, who is considered a key representative of Iranian modernism. She died in 1967 at the age of 33 in a car accident, but in her short life, left a deep impression on the Persian cultural scene. Farrokhzad wrote about the frustrations of wandering from lover to lover and the wounds that love can leave behind. For some, the divorced poet with a Western lifestyle represented the decay of traditional values; for others, she was the epitome of independence and self-assertion.

The band's singer is equally fascinated by another great 20th century poet, Nima Yooshij. Speaking about the challenge of setting Yooshij's poem "Phoenix" to song, she explains: "The image of a mystical bird that burns up and from whose ashes new things arise – that fits well with Cyminology. As artists, we are always searching for something new, something beautiful, and that means sometimes taking leave of things that have become dear to us."

It's less about departure and more about symbiosis in the ambitious project "Diwan der Kontinente" (Book of Continents) that premiered in August at the Berlin cultural festival called "Die Nächte des Ramadan" (The Nights of Ramadan). For the project, Cymin Samawatie and her drummer Ketan Bhatti assembled an orchestra of 14 musicians from Lebanon, China, Afghanistan, Siberia, the USA, Japan and Germany. 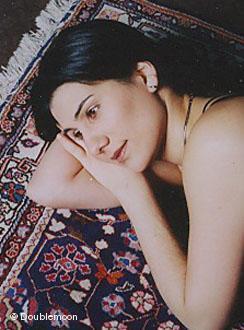 Samawatie likens her band to the phoenix rising from the ashes: "As artists, we are always searching for something new, something beautiful, and that means sometimes taking leave of things that have become dear to us."

The idea was to provide a musical take on the Islamic festival of Ramadan. For the occasion, the two musicians came up with a new approach to composing.

"Most projects like this just make use of cultural clichés," says Bhatti. "We, on the other hand, are trying to cross into experimental music that goes beyond being a kind of world music."

Bhatti adds that the Germany of today is reflected in the project. He sees Germany as a place influenced and enriched by immigrants from widely varying cultures. "A new identity is emerging," he concludes.

Ultimately, the "Diwan der Kontinente" orchestra is a larger-scale version of what Cyminology has long celebrated as a quartet. The musicians all live in Berlin, but have roots ranging from New Delhi to France and Iran.

"We are four very strong characters, and each of us brings a personal life story to the band that shapes the music," says Samawatie. As the group's frontwoman, it's important to her not to outshine her bandmates. Musical equality plays a big role in the group. "I always say that we try to give 400 per cent on stage: each of us should be there 100 per cent with our passions and musical stories," she adds.

But after ten years of working and playing together, there's a shared story, as well. "During a tour in Lebanon, three women came up to us and said, 'Your music gives us peace,'" says Samawatie. "When people who are acquainted neither with jazz nor with Persian poetry understand and feel the music, what more can you ask for as a musician?"

Home
Print
Newsletter
More on this topic
Interview with Youssra El Hawary: Music of a Quiet RevolutionImages of Iran in the West: Unpicking the NegativesMusicians in Iran: An Uphill Struggle All the WayQantara dossier: Musical worlds
Related Topics
Iranian music, Musical worlds
All Topics

German Middle East analyst Guido Steinberg and television journalist Ulrich Tilgner have both published new books on the conflicts in the Middle East. Their analyses and their ... END_OF_DOCUMENT_TOKEN_TO_BE_REPLACED

On 7 March, Switzerland became the latest European country to vote in favour of a so-called "burka" ban. It was yet another feather in the cap of the right-wing populist Swiss ... END_OF_DOCUMENT_TOKEN_TO_BE_REPLACED

Syrian-born Rafik Schami is a gifted storyteller and one of the most successful authors writing in German today. In his 50 years in exile in Germany, he has introduced the Arab ... END_OF_DOCUMENT_TOKEN_TO_BE_REPLACED

The Syrian war has moved through many phases and included a number of changing actors. But one aspect has remained constant throughout: the Assad regime is using the conflict to ... END_OF_DOCUMENT_TOKEN_TO_BE_REPLACED

It's no secret that the Baha'i community in Iran is persecuted. Now, a document has come to light that appears to show the extent to which the repression is state-sponsored. By ... END_OF_DOCUMENT_TOKEN_TO_BE_REPLACED
Author:
Suzanne Cords
Date:
Mail:
Send via mail

END_OF_DOCUMENT_TOKEN_TO_BE_REPLACED
Social media
and networks
Subscribe to our
newsletter