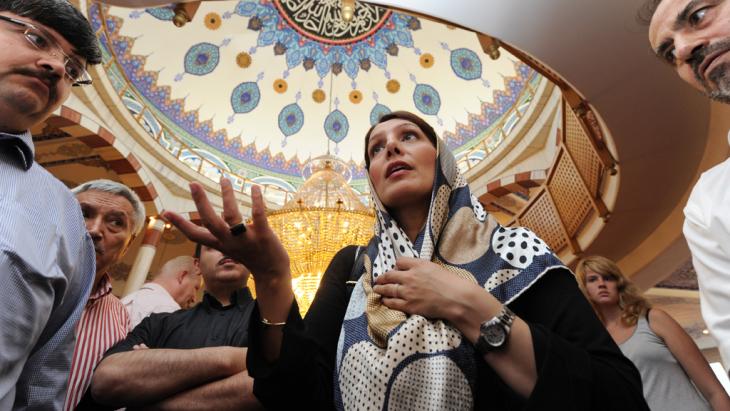 Beyond all the intellectual debates about their religion, most Muslims in Germany face difficulties in their everyday lives that they would dearly like to solve. The Goethe-Institut, in co-operation with the Robert Bosch Stiftung, has initiated a project called "Muslim Associations as Community Activists". The project seeks not only to create stronger ties between mosque associations in German cities and the city authorities but also to improve relations between the various Muslim denominations. By Claudia Mende

How can we organise our religious festivals? How can we ensure that we eat in accordance with the rules of our religion? Where do we want to be buried? These are important questions for Muslims, who are increasingly becoming part of mainstream society in Germany yet still want to continue practicing their respective forms of Islam. In order to foster communication between Muslim congregations and the authorities of the cities in which they live, the Goethe-Institut and the Robert Bosch Stiftung, a major German foundation, have initiated a three-year project.

Some one hundred people from the cities of Essen, Hamburg, Hamm, Ingolstadt and Mannheim are taking part. Every mosque association has sent two or three representatives. The Muslim representatives then decide for themselves which issues are of most importance to them and then discuss these issues with their respective city authority. The German cultural institute regards itself as both moderator and co-ordinator of the project, but does not want to interfere in the matters being discussed.

Ingolstadt is a city in Bavaria with around 130,000 inhabitants. Almost 40 per cent of the population has a migrant background if one includes naturalised Germans, ethnic German migrants from Eastern Europe and children born in Germany to foreign parents. The largest group is made up of individuals with Turkish roots. Some seven per cent of the population are Muslims.

Ingolstadt, which is governed by the conservative Christian Democrats, was the first to begin the Goethe-Institut project in the autumn of 2013. It involved representatives of seven different mosque associations, including the Turkish DITIB, Arab congregations, Alevis and Bosniaks. A Milli Gorus mosque congregation was also invited, but it has not yet sent any representatives to the events and workshops. The reason remains unclear. By contrast, Milli Gorus mosque congregations in the cities of Hamm and Mannheim have indicated an interest in taking part in the project. 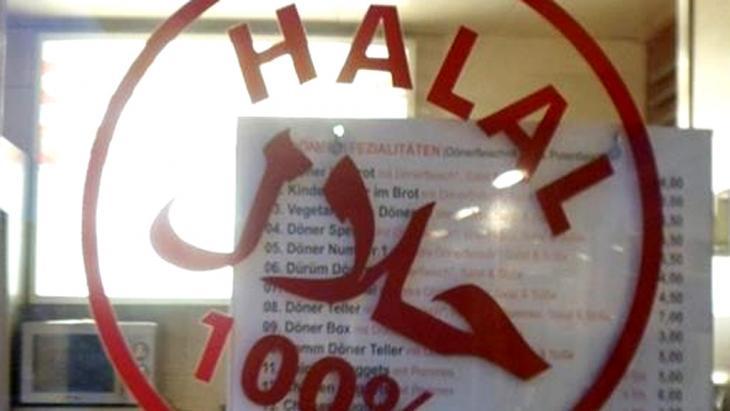 "Muslims want to live out their faith in Germany, but it is not always clear if all practices are compatible with the German legal system. Certain regulations are complicated, for example when Muslims want to slaughter lambs according to Islamic precepts (halal) for the Muslim Feast of the Sacrifice," writes Claudia Mende

Reuf Avdic represents the small, 200-strong community of Muslim Bosniaks in Ingolstadt. Avdic sees a whole range of issues that have not been adequately solved for avowed Muslims. Many of these issues could potentially be considered controversial by mainstream society.

Muslims want to live out their faith in Germany, but it is not always clear if all practices are compatible with the German legal system. Certain regulations are complicated, for example when Muslims want to slaughter lambs according to Islamic precepts (halal) for the Muslim Feast of the Sacrifice. It is important for Muslims to be present during the slaughter to recite the appropriate prayer. The meat is then distributed among family and friends.

The slaughtering of animals is an extremely controversial issue in Germany. According to Muslim rites, the animal is killed by slitting its throat and letting it bleed. It is a matter of debate among Muslims as to whether religious precepts permit the animal to be stunned or anaesthetised before being killed. The Law on Animal Protection (Paragraph 4a) forbids this method of slaughtering animals except when prescribed by religious law, such as in Judaism and Islam. In such cases, the responsible authorities can issue a special permit. This is a situation where two very different value systems collide. Animal rights activists regard ritual slaughter as cruelty to animals; Muslims want legal certainty.

Such conflicts certainly cannot be solved at municipal level, so what's the point in discussing them with the authorities? Project director Sebastian Johna of the Goethe-Institut stresses that the issues to be discussed are chosen by the project participants themselves. "I neither support nor block any special concern. I see my role as that of creating a framework in which urgent issues can be discussed," he says. To this end, Johna establishes contact with experts and the city authorities in the five cities involved in the project. He adds, however, that not all concerns can be resolved at municipal level.

Another, less emotionally charged topic is the issue of Muslim burials. It is important for Muslims to bury their dead as quickly as possible. But what is to be done, for instance, when cemeteries are closed on a Sunday? At present, funeral directors arrange for most deceased Muslims to be transported to their country of origin for burial. But there are an increasing number of Muslim immigrants who have spent most of their lives in Germany and want to be buried here. They would like to know to what extent they can find a final resting place in accordance with Islamic laws. 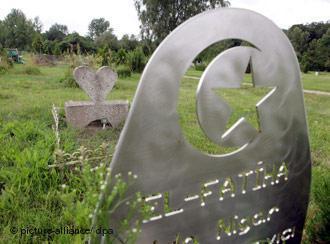 Action urgently needed: the number of Muslims who have lived all their lives in Germany and want to be buried there is on the rise. Pictured here: the Muslim cemetery in Berlin-Gatow

The issue of Islamic dietary rules in everyday life is also important for many Muslims. "We often find ourselves in awkward situations in public canteens, because we constantly have to ask whether there is any pork or alcohol in the meals on the menu," says Reuf Avdic. Canteens often offer turkey instead of pork, but then overlook that there is bacon in the sauce. Avdic is in favour of some kind of label as a guarantee that the food contains no pork. This would also be in the interest of non-Muslims, he says.

Learning about similarities and differences

The Muslims of Ingolstadt would like to discuss this issue with the city authorities. "We maintain an open dialogue with Muslims," says Ingrid Gumplinger, who is on the staff of the Ingolstadt Commissioner of Integration. "We will see to what extent we can accommodate their needs."

Avdic welcomes the co-operation with the Goethe-Institut, as it results in more consideration being given to the concerns of Muslims by city authorities. "As an individual association, there is practically no chance that we would be taken seriously," he feels. Thanks to the mediation efforts of the German cultural institute, "our concerns are given extra weight."

However, there is more to the project than merely improving contacts between Muslims and municipal authorities. It has helped various Muslim associations to better recognise their similarities and differences and, ideally, to tolerate each other.

The Alevis, for instance, do not share many of the religious beliefs held by Sunni Muslims. Ingrid Gumplinger of the Ingolstadt city administration says that the reservations felt by Muslims groups towards each other are evident, "but the issues under discussion affect all of the Muslim denominations. The important thing is that we all sit together at the same table."

Giessen, Eichsfeld, Kusel, Berlin – cars bearing old German number plates are the latest trend on the streets of Cairo. Many Egyptians regard the discarded plates as chic. What ... END_OF_DOCUMENT_TOKEN_TO_BE_REPLACED

Tunisia has been going through a severe economic and political crisis in recent years. More than one in three young people there are unemployed. For many skilled, qualified and ... END_OF_DOCUMENT_TOKEN_TO_BE_REPLACED

German imams have publicly expressed their solidarity with the women of Afghanistan. In a letter of protest, the clerics say that the Taliban regime's decree barring women from ... END_OF_DOCUMENT_TOKEN_TO_BE_REPLACED

At the end of every year, the team at Qantara.de gives you a run-down of the ten most-read articles on the site over the past 12 months. Here is a quick overview of the stories ... END_OF_DOCUMENT_TOKEN_TO_BE_REPLACED

Social engagement is often motivated by religious factors. A new book explores the background to these community efforts and appraises how effective they are in helping to ... END_OF_DOCUMENT_TOKEN_TO_BE_REPLACED

The government in the Netherlands, one of the last European nations to abolish slavery, has made an historic apology. But some feel that there is still a long way to go. By Ella ... END_OF_DOCUMENT_TOKEN_TO_BE_REPLACED
Author:
Claudia Mende
Date:
Mail:
Send via mail

END_OF_DOCUMENT_TOKEN_TO_BE_REPLACED
Social media
and networks
Subscribe to our
newsletter