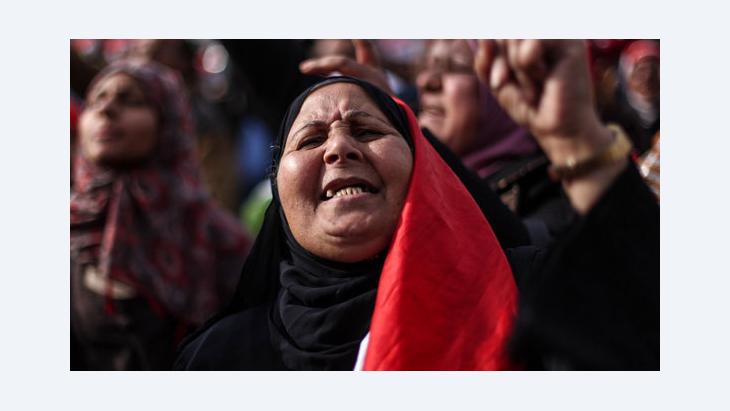 The Muslim Brotherhood and Women's Rights in Egypt

A Project of Patriarchal Extremism

In this essay, the historian and feminist Margot Badran outlines how the Muslim Brotherhood has called ﻿into question a UN document that seeks to end violence against women and with it the democratic achievements of the Egyptian revolution

Gaining freedom of speech and other forms of unfettered public visibility after long decades of repression and silencing – thanks to the January 25 Revolution – the Muslim Brotherhood now raises its collective voice in defence of patriarchal oppression writ wide and deep.

The Muslim Brotherhood (not the breakaways and principled youth among them) have been telling everyone with increasingly shrill voices that it makes decisions about the rights of human beings – what is good and necessary for everybody – in an aggressive display of authoritarian arrogance.

The ﻿Muslim Brotherhood unabashedly uses Islam to shore up the patriarchy it holds dear and the power that goes with it. What it has dribbled out piecemeal over the past two years on the floor of the (now defunct) parliament or in the media, the Muslim Brotherhood has now pulled together in an official declaration of its patriarchal project.

The spectre of women's power 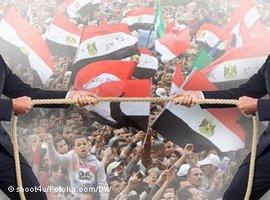 A struggle for and against change: Margot Badran feels that by blasting the UN's Draft Statement On The Elimination Of All Forms Of Violence Against Women And Girls, the Muslim Brotherhood is merely "pushing the proponents of justice, freedom and dignity to fight harder to achieve the societal transformation the revolution set in motion"

​​What brought this on, we might ask? Can this be seen as an answer to the spectre of women's power and anxieties about creeping egalitarianism? The 57th meeting of the UN Commission on the Status of Women (CSW) from 4 to 15 March confronting violence against women in all guises flushed out the pronunciamento. Now we have it, not in stray demands for reigning in women that might have been put down to rogue voices, but as a larger package.

The international attention given this month to the scourge of violence against women was highlighted in neon by the spike in physical and sexual attacks against women in streets and public squares in Egypt. Young women and outraged young men are taking matters into their own hands, trying to provide security and fighting back in the absence of efforts by the Islamist-headed state, which seems busier safeguarding itself rather than its citizens. We see the Muslim Brotherhood – they who pretend to value women – fiercely protecting its embattled headquarters in a number of ways including by roughing up women.

Instead of joining efforts to stop violence against women, demonstrating genuine concern for women, the Muslim Brotherhood seized the opportunity of the meeting of the UN Commission on the Status of Women to blast these global efforts and flex its patriarchal muscles.

Although it may wish to deflect attention from its waning influence, the Muslim Brotherhood is in fact doing just the opposite. It is pushing the proponents of justice, freedom and dignity to fight harder to achieve the societal transformation the revolution set in motion.

Rather than making common cause with Egyptian women and the world at large in tackling the urgent matter of violence against women, which is now reaching epidemic proportions, the Muslim Brotherhood swivels attention away from the blight of violating women back to distracting harangues about religion and culture (as defined by them), fecklessly sheltering its patriarchy in its folds.

In the lead-up to the vote on the Draft Statement on the Elimination of All Forms of Violence against Women and Girls, the Muslim Brotherhood issued its patriarchal broadside condemning the CSW statement, claiming that it "includes articles that contradict established principles of Islam, undermine Islamic ethics and destroy the family."

The old mantra of the invasion of Muslim countries

If ratified, the brotherhood warned, the declaration "would lead to the complete disintegration of society." It then topped it up with the old mantra that this would "be the final step in the intellectual and cultural invasion of Muslim countries, eliminating the moral specificity that helps preserve the cohesion of Islamic societies." 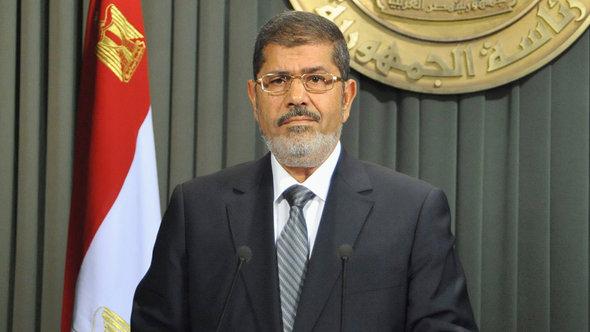 "An aggressive display of authoritarian arrogance": according to Margot Badran, the Muslim Brotherhood has recently been flexing its patriarchal muscles, letting Egyptians know that it decides what is good and necessary for the people – and for women in particular

Quite apart from the fact that this pontification on the part of the Muslim Brotherhood borders on shirk by seeming to endow the movement with divine authority, the old "religious and cultural invasion argument" has become threadbare.

The Muslim Brotherhoods' declaration tells of the doom and gloom that await if the UN document is ratified (which it was, soon after its statement was posted). Its declaration is an outline of patriarchy, egregiously alleging the benediction of Islam in its assault against the notion of equality.

In demonising the UN statement, the Muslim Brotherhood enumerates "the destructive tools meant to undermine the family as an important institution that would subvert the entire society." Here are just three of them (for the full list, see: Ikhwan Web):

• Replacing guardianship [of women by men] with partnership and a full sharing of roles within the family between men and women such as spending, childcare and home chores.
• Removing the authority of divorce from husbands and placing it in the hands of judges [actually this already happened a decade ago when a law was enacted allowing women to request divorce in front of a judge through a mechanism known as khul']
• Cancelling the need for a husband's consent in matters like travel [this has already been granted to women]

The Muslim Brotherhood’s patriarchal atavism clashes directly with a time of revolution when Egyptians are fighting to ensure the triumph of freedom, justice and dignity that is only achievable in an egalitarian order. Patriarchy as a regime of control – of the older over the younger, of men over women, of the privileged over the less advantaged – is doomed. Bashing women, sending them home, telling them how to live their lives – all this violence and violation of women to ensure the domination of the few over the many will not do the trick.

The revolution is a profound and comprehensive transformation and will be realised when patriarchy and its institutions, ideas and practices are dismantled, and when all the political, social and cultural jahaliyya detritus is thrown out with the garbage. Islam will no longer be called upon to do patriarchy's political work. Egalitarianism of gender, age, class, ethnicity and belief will triumph over patriarchy as its grid of inequities is split apart. It will be an undivided secular/religious victory.

The Prophet Muhammad never executed anyone for apostasy, nor encouraged his followers to do so. Nor is criminalising sacrilege based on Islam’s main sacred text, the Koran. In ... END_OF_DOCUMENT_TOKEN_TO_BE_REPLACED

Archaeologists have uncovered the remains of an ancient city in the desert outside Luxor in Egypt. They say it dates back to the golden age of the Pharaohs more than 3,000 years ... END_OF_DOCUMENT_TOKEN_TO_BE_REPLACED

Surging coronavirus cases in many parts of the world have overshadowed the start of this year's Muslim holy month of Ramadan, with festivities once again curtailed by contagion ... END_OF_DOCUMENT_TOKEN_TO_BE_REPLACED

German Middle East analyst Guido Steinberg and television journalist Ulrich Tilgner have both published new books on the conflicts in the Middle East. Their analyses and their ... END_OF_DOCUMENT_TOKEN_TO_BE_REPLACED

Televised Turkish dramas are all the rage in the Middle East. A young Ottoman TV Empire has been expanding its soft power by harnessing regional dialects, Arabic names and viewers ... END_OF_DOCUMENT_TOKEN_TO_BE_REPLACED

Nawal El-Saadawi has died in Cairo at the age of 89. The prominent doctor, activist and author became internationally known for her outcry against female genital mutilation and ... END_OF_DOCUMENT_TOKEN_TO_BE_REPLACED
Author:
Margot Badran
Date:
Mail:
Send via mail

END_OF_DOCUMENT_TOKEN_TO_BE_REPLACED
Social media
and networks
Subscribe to our
newsletter