Struggling to Steer a Democratic Course

The Muslim Brotherhood is the largest political opposition organization in many Arab states, particularly Egypt. Now splits within the world's oldest and largest Islamic political group indicate that it is at a decisive crossroads. By James M. Dorsey 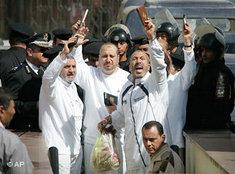 Still holding on: members of the banned Muslim Brotherhood clutch Korans as they are led to court. In response to the Brotherhood's emergence from elections in 2005 as Egypt's main opposition group, Egypt has banned religion-based political parties

​​ For much of its 80-year history, the Muslim Brotherhood's very name symbolized promotion of a violent, anti-western movement bent on strict imposition of Islamic law. Much of the first generation of the current violent Islamist movements trace their roots to the Brotherhood and were inspired by the organization's radical ideologues.

Yet, for the past 30 years, the Brotherhood's loosely aligned chapters in various Arab countries have participated in elections, shed secrecy for internal party democracy and justified the electoral path as their way forward.

When asked in 1980 after the fall of the Shah of Iran, whether the Islamic revolution constituted a model for Egypt, then Muslim Brotherhood leader Omar el Telmesani told this reporter: "No, our Shah died in 1970," a reference to the late Egyptian nationalist leader Gamal Abdel Nasser.

But rather than encouraging the Brotherhood's more recent democratic inclinations, Arab governments are cracking down in a move that threatens to widen the credibility gap between regimes and public opinion and could drive moderate Islamists toward the movement's radical jihad-preaching fringe. 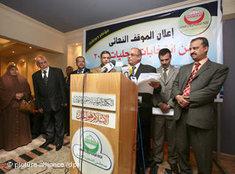 ​​ Already, a return to greater personal piety promoted by Salafi groups that advocate a return to Islamic life as it was at the time of the Prophet Mohammed is increasingly visible across the Arab world.

"Social salafism in itself is not a political danger, since it focuses on personal behaviour, but it can easily acquire political overtones as it spreads," warns Marina Ottaway of the Carnegie Endowment for International Peace in a just published report, "Middle East Democracy Promotion Is Not a One-Way Street".

Banned in Egypt, crushed in Tunisia

In response to the Brotherhood's emergence from elections in 2005 as Egypt's main opposition group, the government of President Hosni Mubarak has constitutionally banned religion-based political parties, introduced legislation preventing Muslim Brothers from standing in elections as independent candidates and sought to cripple the movement by arresting hundreds of Brothers, among them some of the Brotherhood's most moderate leaders. 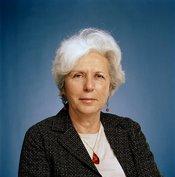 "Social salafism in itself is not a political danger, since it focuses on personal behaviour, but it can easily acquire political overtones as it spreads," warns Marina Ottaway

​​ The crackdown comes amid growing speculation that the 81-year-old Egyptian president is grooming his investment banker son Gamal as his successor to run in next year's presidential election. Masters of black humour, many Egyptians say they can tell how close they are to elections by the number of Muslim Brothers being detained.

Relations between the government in Jordan and the Islamic Action Front, the brotherhood's Jordanian chapter, are hardly less adversarial and further complicated by the Front's close ties to Hamas, the Islamist Palestinian Brotherhood off-shoot that rules Gaza. Hamas, which won a landslide victory in Palestinian elections in 2006, is seen by Israel and the United States as a terrorist movement and feared by conservative Arab leaders, including Jordan's King Abdullah.

Egypt and Jordan, despite their repressive measures, have largely sought to control the Brotherhood rather than drive it into exile as did Tunisia or Syria, where the military in 1982 crushed the brothers in an assault that left up to 10,000 people dead.

The strain of the repression is, however, starting to take its toll on the Brotherhood. Splits within the Egyptian movement after Supreme Guide Mohammed Mahdi Akef announced that he would not stand for re-election in January of next year have spilled onto the pages of the Egyptian media. Conservatives in the movement blocked Akef's nomination of a leading reformer to the movement's leadership council. 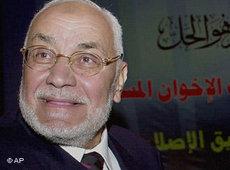 Supreme Guide Mohammed Mahdi Akef announced that he would not stand for re-election. For the first time, writes James M. Dorsey, the Brotherhood's infighting is taking place in full view of the public

​​ In Jordan, Muslim Brothers argue over whether the Jordanian and Palestinian branches of the movement should be intertwined or operate as separate organizations with separate memberships.

Yet, the strengthening of conservative forces within more moderate Muslim Brotherhood affiliates has, so far at least, not undermined commitment to democratic principles. If anything, the divisions within the secretive movement constitute milestone developments and reflect an internal recommitment to those principles.

For the first time, the Brotherhood's infighting is taking place in full view of the public with internal party debates feeding the front pages of local newspapers.

To officials in Cairo, Amman, Riyadh and Washington, the Brotherhood's internal turmoil and its failure to initiate a backlash against the repression constitutes an indication of the hard-line approach's success. But that could be deceptive.

"The more democratic, the more popular"

"This is dangerously short-sighted. It weakens the foundations of democracy as a whole … and has a corrosive effect on public freedoms, transparency and accountability," Marc Lynch, an expert on the Brotherhood at Washington's George Washington University, told Deutsche Welle. That, however, may well be the purpose of the crackdown. 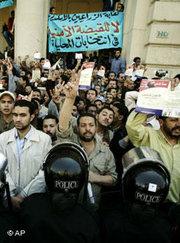 "Elections are coming up": Muslim Brotherhood members demonstrate in Alexandria, Egypt, on 1 April 2008, protesting the government's wave of arrests targeting the group's leaders and potential candidates

​​ "It is in the (Egyptian) government's advantage to keep the Brotherhood ultra-conservative," Khalil al-Anani, an Egyptian expert on radical Islam, told Deutsche Welle. "The more democratic the group gets, the more popular it will become in the country."

Carnegie Endowment's Ottaway notes that repression by Arab governments coupled with their own inexperience in formulating polices has ensured that the Muslim Brotherhood has little to show for its endorsement of the democratic process.

A new role for Europe?

Some politicians and officials in Europe, on the other hand, endorse the notion of embracing rather than repressing a moderate Islamist Brotherhood. In a break with the conservative Arab and US approach and in contrast to the European Union's blacklisting of Hamas, parliamentarians from the UK, France, the Netherlands and other European nations have this year met with Hamas representatives. 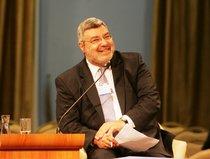 According to Rami Khouri, contact with marginalized Islamist groups in the Middle East offers Europe an opportunity to carve out a role for itself, particularly in the resolution of the Israeli-Palestinian conflict

​​ Moreover, German Bundesnachrichtendienst (BND) intelligence officials this year helped mediate the release of Hamas prisoners in Israeli prisons in exchange for a video of Israeli soldier Gilad Shalit, held captive by Hamas since 2006.

Privately, several European officials and diplomats say they favour integration of moderate Islamists into the political life of the Arab world. They note that the Brothers in Egypt and Jordan are seeking non-violent ways to survive government repression. In Palestine, Hamas, the only Brotherhood group holding political office, is struggling to cater to the needs of 1.5 million mostly destitute Palestinians under its rule.

The EU, opening towards the region's Islamist forces?

Prominent Jordanian journalist Rami Khouri argues that contact with Hamas, the Muslim Brothers and other marginalized groups in the Middle East offers Europe an opportunity to carve out a role for itself, particularly in the resolution of the Israeli-Palestinian conflict. "It is precisely the militants on both sides who have to be brought into the talks for peace and coexistence," he told Deutsche Welle.

"The castrated American political system lacks the ability to act with conviction on the really tough issues so as to talk to all actors; Europe is not so emasculated, and should avoid at all costs following the United States' route to impotent self-marginalization," Khouri said.

The appointment of a president and foreign policy chief may indeed be the EU's opportunity to sharpen and focus its own voice. Speaking to reporters immediately after her selection as Europe's new foreign policy supremo, Catherine Ashton said the EU's decision would allow it to "create the voice from Europe that is louder and deeper".

While widely praised as competent, critics fear that Ashton, until her appointment, the EU's relatively low key trade commissioner, who is widely seen as lacking significant foreign policy experience, may find it difficult to unite the EU's 27 member states on bold approaches toward the Middle East like an opening towards the region's Islamist forces.

END_OF_DOCUMENT_TOKEN_TO_BE_REPLACED
Social media
and networks
Subscribe to our
newsletter