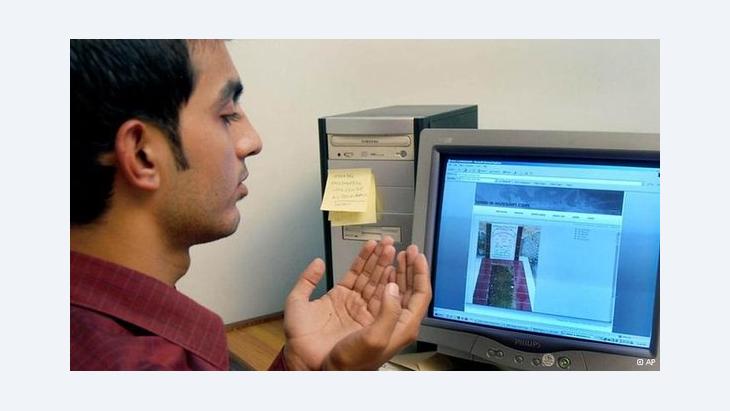 Salamworld aims to draw Muslims from around the world to have an exclusively Muslim 'halal' space online. But are young Muslims really so different than youth anywhere? Matthew Brunwasser reports from Istanbul

Social networking is big business. Facebook, with its user base of over 800 million users, is expected to raise billions of dollars when it becomes a publicly-traded company later this spring. But Facebook's not the only game in town. In China, Sina Weibo reports 227 million user accounts, while Russia's Vkontakte says it has more than 100 million.

Enter a new Istanbul-based startup, Salamworld, which hopes to establish itself as the social networking giant of the Islamic world. The company says it will offer a halal-friendly space for Muslims to gather online. 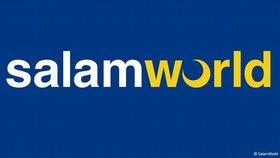 "Opening the world to Muslims, opening Muslims to the world": Salamworld's aim is to overcome political, language and cultural barriers

​​Even though the site won't be open to the public until the Muslim holy month of Ramadan, set for late July in the Western calendar, that hasn't stopped buzz in the Turkish tech world from bringing Salamworld to the fore.

At a recent launch event at Istanbul's posh Ciragan palace, a promo video outlined the company's ambitious plans. "By filtering out harmful content, and by making the content uphold and respect family values, we confirm to the requirements of Muslims throughout the world," the video trumpeted. "As Salamworld, our aim is to overcome all political, language and cultural barriers, to open the world to Muslims, and open Muslims to the world."

The company's goal is 50 million users in three years – a very ambitious target.

The launch gathered Islamic leaders from around the world, including those from across Europe and the Middle East. Many shared the feelings of Fouzan Akhmed Khan, an activist from Canada, who praised the effort by Muslims to engage with technology instead of cursing it as evil.

"Anything you don't understand you criticize – you are scared," he told the crowd. "What I love about this initiative is that instead of criticizing what is wrong, they are providing an alternative to what should be done."

Despite reservations, Islamic social media is seen by many as a powerful tool to cure the big problems afflicting Muslim communities. The fact that 54 percent of Muslims worldwide are under the age of 25 fuels this sense of urgency.

Zuhair Al Mazeedi, of the Arab Institution for Social Values, in Kuwait, added that Salamworld can fix more than just the ignorance of non-Muslims about Islam. "There are many Muslims who misunderstand Islam – Islam has been hijacked by terrorists," he said. "We need to bring our youth back to the moderate and effective Islam. Many of our youth have no goals in life, and using such platforms can direct them into goals of life."

There is also widespread hope that the momentum of the Arab Spring can be built upon to facilitate political change in the heart of the Muslim world. Nihad Awad, Chairman of the Council of American-Islamic relations, said he hoped a social media by and for Muslims could facilitate activism. "I hope Salamworld will take social media to a higher level," he said. "What's needed is for Muslims to present a vision for the world."

That vision, based on dignity, peaceful coexistence and a zone free of haram, or that which is forbidden in Islam, is being created here, at Salamworld's shiny new headquarters on the top of a hill overlooking the Bosphorus.

Despite its Turkish roots, the company is comprised of a very international team. The main working languages here are English, Arabic, Turkish, and even Russian – the startup capital has largely come from private investors in Kazakhstan and Russia. 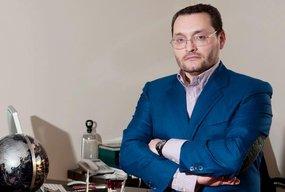 Salamword's startup capital has largely come from private investors in Kazakhstan and Russia. Abdulvakhed Niyazov is the company's chairman

​​So is Salamworld designed to help the ummah – the global community of Muslims – or to cash in an empty market niche? Communications director Said Saidov, a Russian, says there is no contradiction between doing both.

"As a Muslim, religion and business are not separable, whatever you do for business has to be in line with your religious principles and values," he said.

Saidov adds that Salamworld wants to create an environment based on Islamic values for Muslims as well as non-Muslims. "We don't make an attempt to inform the world of what we are, we've let people who have no relation to Islam to represent us, to hijack our religion and misrepresent it to others," he added. "So hopefully with Salamworld, we will be able to have an alternative and to change this."

Of course, Salamworld is not the first Muslim-oriented startup. For the last decade, there have been several Muslim dating websites, but it's been tough to gain mainstream traction for some Muslim-related startups.

Last month, less than six years after its founding in Helsinki, Muxlim.com, the first Muslim social network, shut down its website. According to its own financial reports, the company lost over 800,000 euros ($1 million) in 2010, just a few years after venture capital investments of several millions of euros. Similarly, IMHalal.com, a site created by an Iranian living in the Netherlands, which billed itself as "the world's first Islamic search engine", was forced to close as of late 2011 due to a lack of investors.

This digitization of the ummah may be easier said than done, according to Omar Chatriwala, an online journalist in Qatar. Despite the plethora of Islam-related sites that offer food, clothing or even locating nearby mosques, building a popular social networking site is surely going to be difficult.

It's not clear whether Salamworld will catch on, Chatriwala says, because young Muslims aren't so different than youth anywhere. "They like Facebook," he said. "They like meeting people of the opposite sex online. So the idea of halal social media, cleansed of the forbidden images of uncovered women, alcohol or gambling, might be seen as censorship. So it's people trying to uphold the traditional values or the values of the religion who are saying we don't want our youth exposed to this, and this is a better alternative. It's not necessarily the young people saying we don't want to be exposed to it."

One year ago the Taliban returned to power, seizing Kabul; the U.S. and its allies made a panicked exit from the country. Of all the books written on the subject, four stand out ... END_OF_DOCUMENT_TOKEN_TO_BE_REPLACED

In "Iran. Die Freiheit ist weiblich", journalist Golineh Atai describes the dogged resistance of courageous Iranian women against the Islamic Republic and the mullahs who have ... END_OF_DOCUMENT_TOKEN_TO_BE_REPLACED

Unflattering terms were used at a German Football Association human rights congress aimed at "intensifying the discussion" ahead of the World Cup. One speaker in particular made ... END_OF_DOCUMENT_TOKEN_TO_BE_REPLACED

Egyptian authorities have Mada Masr in their sights once again after critical reporting. But the editor of the country's last independent news source is adamant they will continue ... END_OF_DOCUMENT_TOKEN_TO_BE_REPLACED

Like Christianity, Europe's history is one of migration. Both have strong roots in the Orient and in cultures thousands of years old. Cultural historian Bernhard Braun invites us ... END_OF_DOCUMENT_TOKEN_TO_BE_REPLACED

Comments for this article: A Halal-Friendly Space on the Internet

After reading Zuhair Al Mazeedi quotation one ca NOT ignore fundamental premise of islam dogma!
No matter how islamists spin their hateful, dark and terrorism appeasing image, they will be always on a an extreme fringe of the humanity!
First and foremost they must come down to the reality their islam does not represent any human rights values. Salamworld is a business enterprise aimed at backward thinking moslems not capable, not willing or outright intimidated by islamists, salafist to think, question and tolerate!
Moslems - before you embark on your PR clean your house off hate, pedophilia, women abuse, LGBT abuse and murder. Then only then engage in peaceful, decent dialog with humanity of the developed world!

END_OF_DOCUMENT_TOKEN_TO_BE_REPLACED
Social media
and networks
Subscribe to our
newsletter