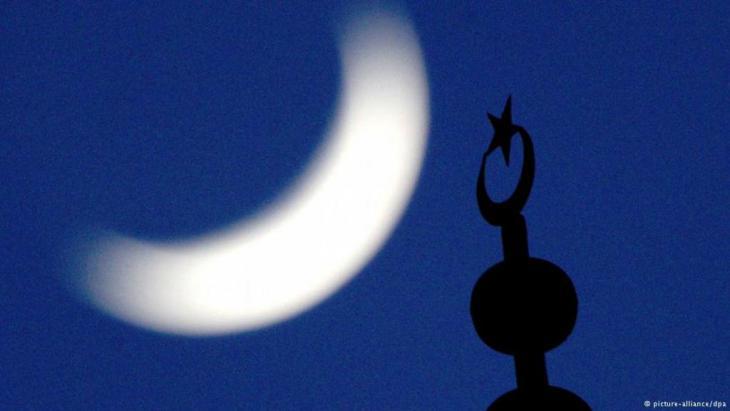 The Muslim world and the West
Europe is not under threat

Muslims today are grappling with each other, not with the West. In this essay, Charlotte Wiedemann argues that the conflicts, battles and wars being fought in the Islamic world are principally waged among Muslims and not against the West

On one black day this winter, 132 Pakistani children died in an attack on their school. At the same time, 15 Yemeni children in a school bus fell victim to a bomb attack. In both cases, there was no mention of an attack on the West. Nor did anyone mention Western values, although on this day, Islamic values were quite clearly being ground into the dirt: care for the weak, love of children, the high importance of family.

It was only their large numbers that made the dead children newsworthy in a way that Muslim civilian casualties usually aren't. For a moment on this dismal December day, a light was shone on a fact that would otherwise have been disregarded despite the fact that it is an everyday occurrence: where Islamically tinged terrorism rages, it is above all Muslims who are killed. In other words: the conflicts, battles and wars being fought in the Islamic world are principally waged among Muslims and not against the West or its supposed leaders.

This is particularly true of "Islamic State" (IS), which, in a grotesque and tragic distortion of global relations of size and majorities, is always held up as evidence when somebody in the West wants to throw a new theory about Islam onto the market.

But it is not Western values that IS is seeking to crush, but the ancient values of the Middle East, a religious and cultural plurality that has been practised over centuries in a form that never existed in the West. IS makes very professional use of the ecstatic attention it is receiving from the West; it is playing with it – but it doesn't need the West. 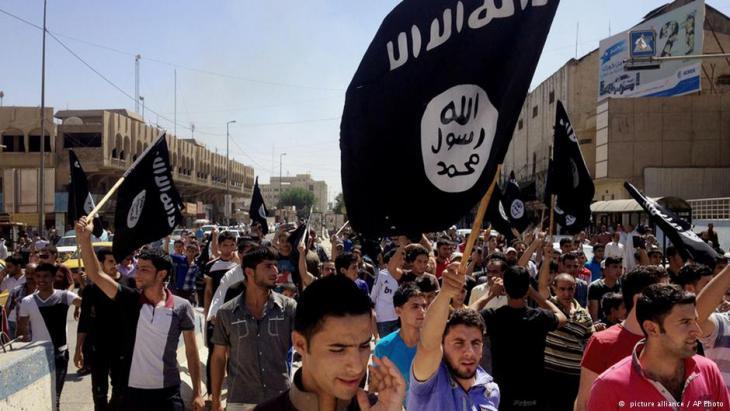 "But it is not Western values that IS is seeking to crush, but the ancient values of the Middle East, a religious and cultural plurality that has been practised over centuries in a form that never existed in the West," writes Charlotte Wiedemann

The West is not the centre of the world

The era in which political Islam focused its energies on the West and used it to construct a Muslim identity in opposition to the West, is drawing to a close – if it is not over already. In the nineteenth century, political Islam grew out of the fear of a Europe that seemed all-powerful; the Europe of the Industrial Revolution, with its economic expansion and colonial aggression, which was preparing itself to cause the Muslim East "to vanish without trace". Those were the words of Jamal al-Din al-Afghani, born in 1838 in northern Persia, a travelling thinker who was the first to view Islam and the West as opposites. His influence remained, even shaping the 1979 revolution in Iran. Today, however, Iran's spiritual leader Ali Khamenei speaks of a "new world order".

So what does this new world order look like? People in Europe find it difficult to come to terms with a reality in which the West is no longer at the centre of everything – not even as the target of Islamist terrorism. Why is this so?

Is it because nothing has influenced our consciousness as much as the images of 9/11? Or is the West so self-absorbed that it cannot even admit the loss of its own significance even if  this loss were to bring relief? Do we have to feel sufficiently threatened? And is this why we are pushing the relatively small number of Western victims to the forefront of our minds? Or is it about defending the primacy of our own interpretation of events and possibly our right to intervene?

There are no simple, quick answers either to all of this or to the question as to why the struggles among Muslims – the struggles for power, resources and the interpretation of their religion – have reached this level of violence, at least in some areas.

However, it seems likely that the two could be connected: there, the chaos of a war being fought on many fronts; here, the refusal to let go of patterns of interpretation that have passed their use-by date. Both are facets of a new, poly-centric world order, the sketchy outlines of which are still emerging, and which so far only non-European intellectuals have attempted to map out. 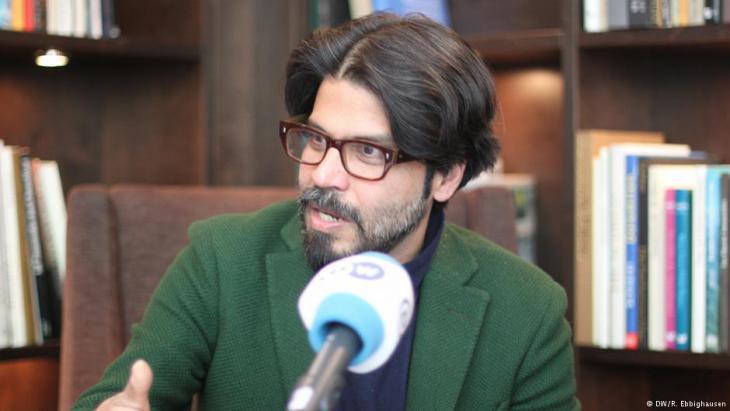 A necessary and salutary change of perspective: in his book "From the Ruins of Empire", the Indian author Pankaj Mishra (pictured here) describes the historical roots of Asia's self-liberation from its colonial past. He was awarded this year's Leipzig Book Prize for European Understanding. "The book holds a mirror up to Europe, in particular to dominant Western Europe: hopefully Europe will be horrified to recognise its own likeness there, the ugly face of manipulation, exploitation and sometimes genocide," said author Ilija Trojanow, speaking at the ceremony

The Cameroonian philosopher Achille Mbembe sees the fact that "Europe is no longer the world's centre of gravity" as the "fundamental experience of our age". Moreover, the Indian author Pankaj Mishra mocks the "confused self-image" of Europeans who still see themselves as the measure of progress.

The dichotomous thinking of us and them, the West and Islam, was broken open here for a short time during the so-called "Arab Spring". Now it has returned with surprising force to the streets and studies of Europe. What a bizarre coincidence: the indulgence of the anti-Islamic Pegida movement is coupled with the effort to expose the original supposedly fascist motives of Islamism.

To avoid any misunderstanding: the moral weight of the accusation of fascism, when it is aimed at IS, is not the issue here (IS is a phenomenon for which our political terminology has so far fallen short). But what "confused self-images" are at work here when fascism, which was born in the heart of the West, is described as anti-Western? "Like Nazism, Islamism (?) is a deeply anti-Western ideology," says Clemens Wergin of the German daily newspaper "Die Welt". Both, he says, see liberalism as their principal enemy. Splitting off hated parts of one's own personality and projecting them onto others is a pattern familiar to psychologists. This would make US torture anti-Western, even if the US doesn't know it. 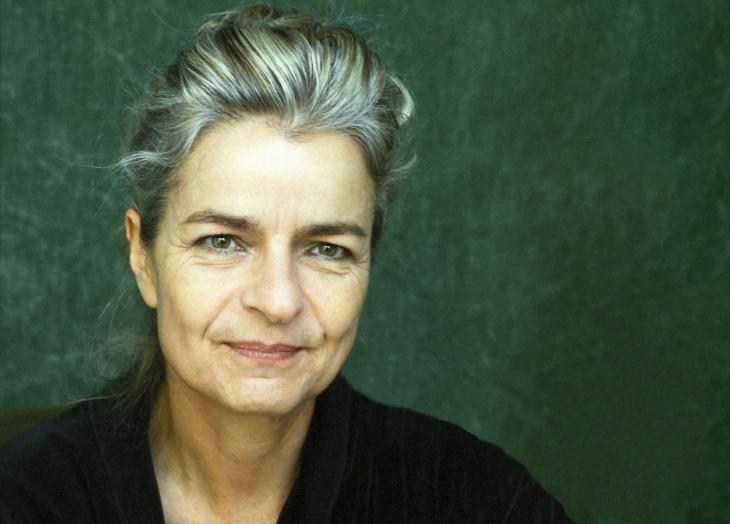 The political journalist and author Charlotte Wiedemann (pictured here) lived in Malaysia for several years and has travelled in numerous Islamic countries in Asia and Africa. Her works explore, among other things, the recent turmoil in Tunisia, Egypt and Yemen. Her most recent book, "Mali oder das Ringen um Würde. Meine Reisen in einem verwundeten Land" (Mali or the struggle for dignity. My travels in a wounded country) was published by Pantheon Verlag

If anything, such intellectual acrobatics are the only way to preserve a dichotomous image of the world in the current, increasingly unclear terrain. The fact is, however, that the attributes "Western" and "anti-Western" are increasingly unworkable.

Take secularity, for example: even before now, it was dubious to see secularity as evidence of a democratic disposition. The regime of Abdul Fattah al-Sisi in Egypt is cracking down on homosexuals with a severity that was not seen when the Muslim Brotherhood was in power.

It is also deceptive to assume that educated Muslims tend towards secularity, while the poor and uneducated represent the easily manipulated following of Islamist parties. Recent surveys show that these parties' voters tend to be well integrated and often more educated than the rest. We are not talking about those who have lost out to modernisation, but committed conservatives.

In a world where power is increasingly divided between multiple poles, the Muslim hemisphere will also throw up a multiplicity of political models that can no longer be sorted according to their proximity to Western models.

If anything, Iran, of all countries, which today is already a hybrid system, may be an example of this tendency. While Rouhani's government is negotiating with the West, the hardliners are sticking to their anti-Western propaganda, warning of a "velvet revolution" born of the infiltration of the country with Western views. The fact is that in the three decades of the Islamic Republic, Iranian society has already transformed to such an extent that the hardliners' propaganda seems behind the times. Their slogans have a similar function to Pegida's Islamisation chimera: it allows them to play their own cards close to their chests; they don't have to state clearly what sort of society they want.

Large parts of the Islamic world have never subscribed to that love-hate relationship with the West that is so often the subject of opinion pieces here. Take Indonesia, for example, whose 250 million inhabitants make it the world's largest Muslim nation. Western experts have alternately prophesied that the multi-ethnic state will crumble or be plunged into Islamism. Neither has happened. In fact, the country recently elected a young, democratic president.

A lot of other things that the Western prophets are predicting are not coming true either. They will have to come to terms with the fact that some day, their location will be nothing more than a geographical category.

Since returning to power in Afghanistan, the Taliban have steadily eroded the rights and opportunities of women and girls, particularly their access to education. But Afghans are ... END_OF_DOCUMENT_TOKEN_TO_BE_REPLACED

The book "The Invention of the Maghreb: between Africa and the Middle East" prompts us to review basic terminology. This includes terms that we use almost every day as if they are ... END_OF_DOCUMENT_TOKEN_TO_BE_REPLACED

Tunisia has been going through a severe economic and political crisis in recent years. More than one in three young people there are unemployed. For many skilled, qualified and ... END_OF_DOCUMENT_TOKEN_TO_BE_REPLACED

At the end of every year, the team at Qantara.de gives you a run-down of the ten most-read articles on the site over the past 12 months. Here is a quick overview of the stories ... END_OF_DOCUMENT_TOKEN_TO_BE_REPLACED

The government in the Netherlands, one of the last European nations to abolish slavery, has made an historic apology. But some feel that there is still a long way to go. By Ella ... END_OF_DOCUMENT_TOKEN_TO_BE_REPLACED

To celebrate the bicentenary of the deciphering of the Rosetta Stone, the British Museum is running an exhibition entitled "Hieroglyphs: unlocking ancient Egypt" until February ... END_OF_DOCUMENT_TOKEN_TO_BE_REPLACED

Comments for this article: Europe is not under threat

I greed with Charotte perception westren writers thought that it's war on. Hatted west. And Muslims not true. Muslims are trying their identity in the world but whole non Muslims powers united against Islam it's not good for humanity. Muslims are facing very cruall attitude in the globe it's against human justice. West must change his policies against Muslims. We need to envole religious scholars and leaders to start dialogue and dugout way acceptable.

END_OF_DOCUMENT_TOKEN_TO_BE_REPLACED
Social media
and networks
Subscribe to our
newsletter