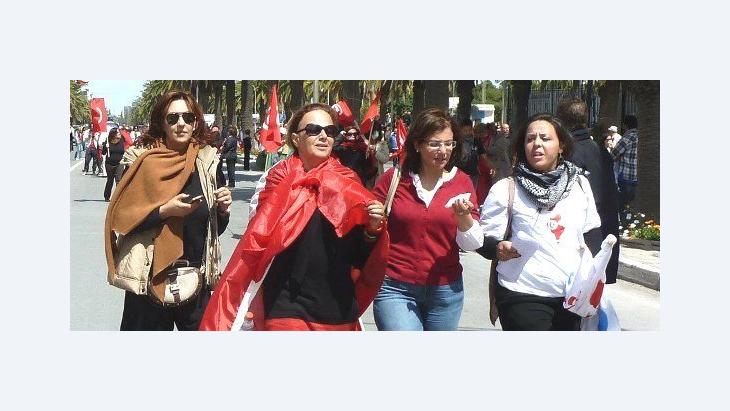 Are the Arab Revolutions Devouring Their Own Daughters?

The so-called "Arab Spring" has a female face. Now, a new book by Gabi Kratochwil provides a very personal and exciting insight into the background to this tumultuous period, casting a new light on the major presence of women on the streets of Egypt, Tunisia and Libya. Martina Sabra read the book and spoke to author

When a customer of a well-known car dealership in Dubai arrives to bring his car in for inspection, he gets a huge surprise. The mechanic who appears out from beneath the car hoist with oil-stained hands and a flashlight is not wearing dungarees, but a headscarf and abaya, the black, floor-length cloak worn by women in the Gulf. It is not a man, but a woman.

Maryam Darwish, whose four children are all grown up, has been obsessed with cars ever since she was a child. She always dreamed of becoming a car mechanic. However, she was forced to marry at the age of 12 and gave birth to her first child at the age of 13. When the children had grown up, Maryam's husband did not want to allow his wife to go out and get a job. 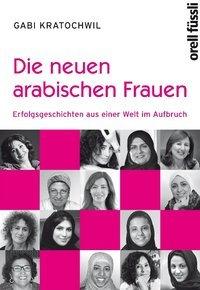 Encouraging life stories: no less than 26 successful women from 17 Arab countries relate how they overcame patriarchal mentalities, legal disadvantages and all kinds of obstacles to realise their dreams

​​But Maryam Darwish was determined, says writer Gabi Kratochwil. "She got a divorce – this has been an option for women in the United Arab Emirates since 2005 – and once the divorce came through, she took matters into her own hands and took the initiative. She went to Al Futtaim Motors, one of the biggest car dealerships in Dubai, and introduced herself. Staff there quickly recognised her knowledge and her passion for cars and gave her a job."

The car mechanic Maryam Darwish is one of a total of 26 Arab working women interviewed by Gabi Kratochwil for her book of profiles. Kratochwil, who has a doctorate in Islamic Studies and has been working as an intercultural trainer for over ten years, has been fascinated by strong Arab women ever since she was a young student of Arabic in Egypt.

"I lived with an Egyptian family in Cairo for a year. I was hugely impressed by the way Aunt Raifa, the mother of the family that put me up, raised her five children. She was a real power pack," recalls Kratochwil. Later, as an active member of the Arab-German Chamber of Commerce, "Ghorfa", Gabi Kratochwil met more and more successful business women from the Arab world.

One of these women was Maha Al Ghunaim, an investment banker who manages billion-dollar funds in Kuwait. Another was Deena Al Faris from Saudi Arabia, who has a degree in business administration from Oxford University. Al Faris not only founded the first sturgeon farm in the kingdom and is now successfully exporting caviar, she also succeeded in ensuring in the spring of 2011 that business women in Saudi Arabia have the right to conclude contracts on their own – i.e. without men.

For Gabi Kratochwil, none of this fits into the typical stereotype of the oppressed Arab woman: "I wanted my book to be a podium for these women; to give them the chance to speak. I wanted to find out more about these exciting and encouraging life stories and to ask the women about their path to success. Where were the difficulties? How did they overcome them?" 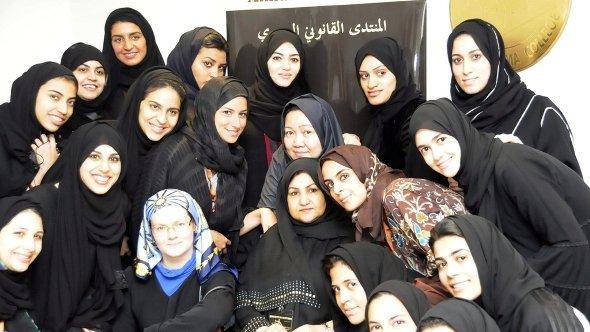 ​​When compared with the rest of the world, Arab countries do not rank highly when it comes to the issue of female emancipation. So there are often a number of reasons why the women profiled by Gabi Kratochwil made it despite all the obstacles: in all cases, their inner strength played a major role; in many cases, liberal fathers or mothers fostered their daughters' careers; and in some cases, the women had the support of an influential family.

But Kratochwil also profiles women who succeeded without the help of parents or the patronage of an influential family. In these cases, one factor in particular was decisive: education. Despite all the social and legal discrimination against them, more Arab girls than ever before are attending school. In some Arab countries, the number of women and girls in final school year classes and at university is on a par with the number of men and boys. In some cases, it is even higher.

These new, well educated Arab women don't just want to marry and have children; they also want to earn their own money and have a say in society. For them, the husband is not only the one who puts food on the table, but also a partner. This is one of the reasons why the birth rate in many countries in the Arab world is dropping. It is also the reason why so many women played a role in the so-called "Arab Spring" in early 2011.

The euphoria about social transformation and the new confidence of Arab women are, however, tinged with scepticism. Now, about 18 months after the revolutions, Islamist parties are in power in both Tunisia and Egypt. These parties have announced that they want to reverse even the smallest legal improvements granted to women and to anchor the traditional distribution of roles – i.e. the man provides; the woman obeys – in the constitutions of their respective countries.

The debates in Tunisia are particularly intense. Tunisia is the only Arab country that officially introduced gender equality in 1956; polygamy was also banned, and women were given the right to seek divorce. Now the ruling Islamist Ennahda party wants to remove the passages relating to equality from the new constitution.

Misogynist turn of the Arab Spring

But many Tunisian women are not willing to accept that. One of these women spoke to Gabi Kratochwil: Bochra Belhadj Hamida is a lawyer and human rights activist. She was president of the opposition Tunisian Association of Female Democrats (Association Tunisienne des Femmes Democrates, ATFD) for a number of years. She is extremely concerned about the misogynist turn the Arab Spring is taking in Tunisia. 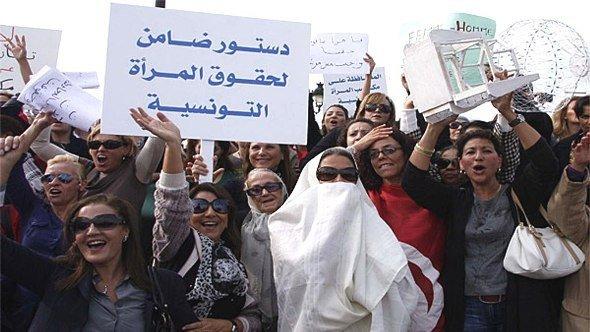 Concerned about the misogynist turn the Arab Spring: These women are protesting against the move of the ruling Islamist Ennahda party to remove the passages relating to gender equality from the new constitution

​​Bochra Belhadj Hamida also emphasises that the social debate that accompanies this situation is necessary. "The comparatively liberal status of women in Tunisia to date was not the result of a social struggle; it was in fact decreed, granted by those in power," explains Kratochwil. Things that were not fought for, but were granted by the powers that be, are easier to revoke.

In Tunisia, radical Islamists are attacking working women for not wearing the veil, and the ruling Islamists are neither saying nor doing anything to stop them. In Egypt, female Islamists swathed in black robes and veils are on television, encouraging women to cover themselves from top to toe. Moreover, members of the Egyptian parliament – some of them women – are calling for the re-introduction of laws that discriminate against women.

So, are the Arab revolutions devouring their own daughters? It is certainly a possibility that can't be excluded. That being said, the debates about how society will be shaped in future have only just begun in Tunisia, Egypt and Libya. Gabi Kratochwil's book, which also gives an insight into the Gulf region and the non-revolutionary Arab countries, shows that the Arab world is going through a period of transformation. And it is women who are setting the pace.

Gabi Kratochwil: Die neuen arabischen Frauen (The new Arab women). Published in August 2012 by Orell Füssli, Switzerland. The title is not yet available in English.

Home
Print
Newsletter
More on this topic
Women during the ''Arabellion'' : Neither Winners nor LosersWomen's Rights and the Arab Spring: The Female Face of the RevolutionCharlotte Wiedemann & Mansoura Ez-Eldin: Prospects for Women in the Arab Spring
Related Topics
Arab Spring, Arabellion, Democracy and civil society, Human rights, Muslim women, Women in the Islamic world
All Topics

The disappearance of Razan Zeitouneh and her colleagues has been one of the greatest mysteries of the Syrian war – until today. DW's investigative unit hunted clues across six ... END_OF_DOCUMENT_TOKEN_TO_BE_REPLACED

How can the various realities of Kurdish life, shaped by depression, resistance and war, be depicted in art? This is the question addressed by the “bê welat – the unexpected ... END_OF_DOCUMENT_TOKEN_TO_BE_REPLACED

Millions of people in Syria's Idlib region depend on foreign aid that passes through only one border crossing. The UN mandate regulating passage through it will expire on 10 July ... END_OF_DOCUMENT_TOKEN_TO_BE_REPLACED

They’ve already got the Louvre; they’ll soon have a Guggenheim Museum as well – and now the Emirates have added literature to their quest for cultural supremacy in the Arab world ... END_OF_DOCUMENT_TOKEN_TO_BE_REPLACED

By stage-managing his re-election in a poll widely dismissed as a farce, Syria's President Bashar al-Assad has killed two birds with one stone: he has forced his compatriots to ... END_OF_DOCUMENT_TOKEN_TO_BE_REPLACED

In Islamic mysticism, Ramadan is more than just a period of prescribed abstinence, signifying an opportunity for inner contemplation. Marian Brehmer explores the spiritual ... END_OF_DOCUMENT_TOKEN_TO_BE_REPLACED

Comments for this article: Are the Arab Revolutions Devouring Their Own Daughters?

Arabs DEVOURING THEIR OWN DAUGHTERS

These daughters deserve to be protected. They did not choose to be female but the almighty God created them that way. They are precious. Be a voice to have them protected. They have a vital role in their being in existence. Imagine a world without them is really difficult. No wives, no mothers, no cooks, no many others. Let us be a voice to liberate them.

END_OF_DOCUMENT_TOKEN_TO_BE_REPLACED
Social media
and networks
Subscribe to our
newsletter