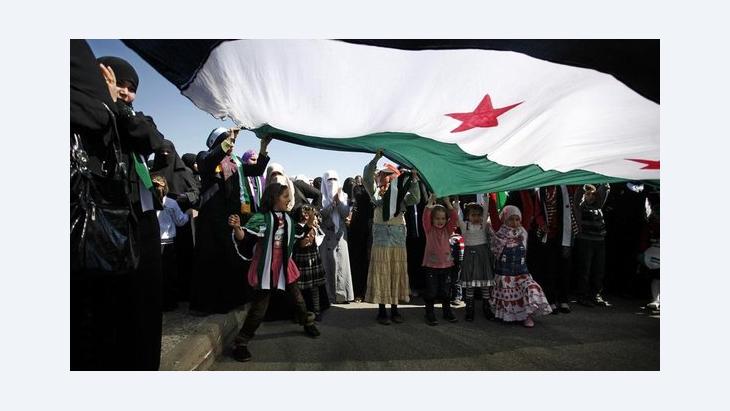 The Opposition Movement in Syria

Building a Credible and Attractive Alternative

After a year of fighting, Syria is at a stalemate: the opposition is unable to topple President Assad's regime, and Assad's forces are unable to quash the resistance. In this essay, Itamar Rabinovich suggests that although the regime is certain to fail in the long run, there is more both the Syrian opposition and the West could do to break the deadlock

Both sides are adamant: the opposition is determined to bring down a regime that it views as illegitimate, sectarian, corrupt, tyrannical and stained with blood, while the regime's hard-line core believes that by persevering, it will ultimately silence the opposition, whereas any concession would jeopardise its very existence. Its downfall, they believe, would mean dispossession and death for the regime's leadership and for a large part of the minority Alawite community from which it is drawn.

Assad and his cohorts are encouraged by the world's failure to respond effectively to their brutal suppression of the revolt in Homs, and have proceeded to inflict vicious punishment on its survivors as a warning to opponents elsewhere. This may cow some of Syria's civilian population in the short term, but it will serve only to exacerbate popular rage and thus to increase the prospect of a bloody reckoning with Assad and his cronies down the line.

Today's brutal stalemate is likely to continue for some time. Diplomatic and humanitarian missions led by former United Nations Secretary-General Kofi Annan and current UN Under-Secretary-General for Humanitarian Affairs Valerie Amos seem as ineffective as earlier efforts by the international community and the Arab League to mitigate the conflict or to facilitate a political solution. 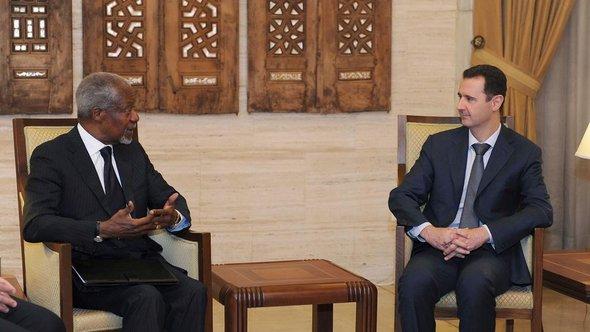 Well meaning but ineffective: despite the best efforts of former United Nations Secretary-General Kofi Annan (left), the UN's efforts to bring about a ceasefire have done nothing to bring Syria closer to peace and a political solution

To be sure, the authorities have suffered some defections, with the most significant coming soon after the violence in Homs reached its peak, when the deputy energy minister resigned and joined the opposition. But, while defections have occurred among the officer corps as well, the regime has maintained its basic cohesiveness.

The army, the security apparatus and the Alawite community are still solidly supportive. A large part of the Syrian population – the middle class in Damascus and Aleppo, the Christians and other minorities – are passive or sitting on the fence, worried that the alternative to the status quo is chaos, civil war and possibly a radical Islamist takeover. And Russia and China continue to provide diplomatic cover, with Iran sending material support. Life in Damascus, despite increasing shortages, seems almost normal.

The regime's foes, on the other hand, seem undeterred by the killings, continuing to stage protests across Syria. Armed opposition is spreading, albeit slowly. The countries of the West, Turkey and most of the Arab world are incensed by the brutal killing and destruction, and pressure to intervene and stiffen international sanctions is building. 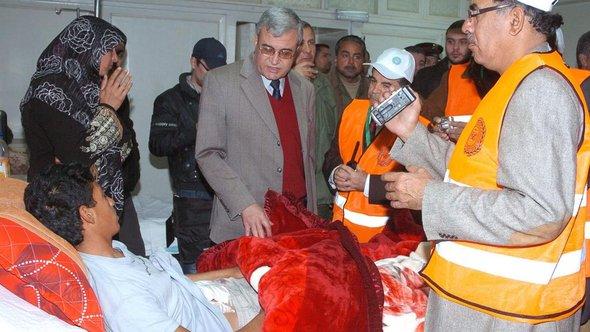 Rabinovich, a former Israeli ambassador to the United States, describes the Arab League's military observer mission to Syria as a "farce" and says that the efforts of Turkey, the US and Europe are having precious little impact on the Syrian regime

But regional and international pressure on Assad has been ineffective. While the Arab League seemed to act decisively last November when it suspended Syria's membership, the military-observer mission that it sent to Syria was a farce. Turkey's initiatives have run out of steam, and the United States and its European allies are merely going through the diplomatic motions; in practice, their efforts are having little serious impact on the regime.

America and the West claim that they cannot act significantly without a UN mandate, which Russia and China are denying them by vetoing anti-Syrian resolutions in the Security Council. But the truth is that governments in Washington, London, Paris and elsewhere could do much more without a Security Council resolution.

Perhaps most strikingly, while some governments have closed their embassies in Damascus (citing safety considerations), there has been no systematic severing of diplomatic relations with Syria. Indeed, there has been no stoppage of flights to and from the country, or any other measures that could tilt the population of Damascus and Aleppo against the regime and bring the crisis to an end.

Rabinovich points to the "dramatic discrepancy" between the courage and tenacity of the demonstrators and fighters on the streets, and the opposition in the Syrian National Front which, he says, has "failed to formulate a coherent political programme, build an identity and obtain name and face recognition"

This ambivalence can largely be explained by Western and Arab concern about the weakness and opacity of the Syrian opposition's political leadership. There is a dramatic discrepancy between the courage and tenacity of the demonstrators and fighters in Homs, Idlib and Deraa, and the Syrian National Front, whose people and factions have failed to formulate a coherent political programme, build an identity and obtain name and face recognition.

Western policy makers and those in the Gulf ask themselves what Syria would look like the day after the toppling of Assad. This was starkly illustrated in the second week of March, when US defence officials vented their frustration with the Syrian opposition in several press briefings.

The regime has been effective in exploiting that uncertainty by spreading the fear of an Egyptian scenario, in which the weakness of secular activists leads to a takeover by the Muslim Brotherhood and jihadis. In fact, it is difficult to separate cause and effect. Recognising the opposition as the legitimate government of Syria, as was done in Libya, would give Assad's foes a boost, but, so far, they lack the gravitas that such a bold measure would require.

The opposition must build itself as a credible and attractive alternative to the Assad regime, and the regime's international and regional critics must assist in that process. Assad's regime is doomed. It has no legitimacy and is bound to fall. But that could take a long time – and come at an alarming cost. The alternative is an effective opposition that enjoys unambiguous support from key regional and international actors.

Itamar Rabinovich, a former Israeli ambassador to the United States (1993–1996), is currently based at Tel Aviv University, New York University, and the Brookings Institution.

Home
Print
Newsletter
More on this topic
Syria and ''The Responsibility to Protect'': Weighing the ArgumentsMinorities in Syria: United against AssadThe Free Syrian Army: ''Don't Drag our Revolution through the Mud!''
Related Topics
Arab Spring, Arabellion, Democracy and civil society, Media in the Arab World, Syrian Civil War
All Topics

The neo-Ottomanism propagated by Erdogan has long been more than rhetoric and symbolic politics. This can be seen from recent developments in parts of northern Syria, where Turkey ... END_OF_DOCUMENT_TOKEN_TO_BE_REPLACED

Surging coronavirus cases in many parts of the world have overshadowed the start of this year's Muslim holy month of Ramadan, with festivities once again curtailed by contagion ... END_OF_DOCUMENT_TOKEN_TO_BE_REPLACED

Researchers agree that climate change alone cannot be blamed for the outbreak of war in Syria in 2011. However, neither can it be ignored as a reason this once blossoming country ... END_OF_DOCUMENT_TOKEN_TO_BE_REPLACED

Syrian-born Rafik Schami is a gifted storyteller and one of the most successful authors writing in German today. In his 50 years in exile in Germany, he has introduced the Arab ... END_OF_DOCUMENT_TOKEN_TO_BE_REPLACED

The Syrian war has moved through many phases and included a number of changing actors. But one aspect has remained constant throughout: the Assad regime is using the conflict to ... END_OF_DOCUMENT_TOKEN_TO_BE_REPLACED

The UN Office for the Coordination of Humanitarian Affairs has compiled moving documents of contemporary history with a collection of images by Syrian photographers who have ... END_OF_DOCUMENT_TOKEN_TO_BE_REPLACED
Author:
Itamar Rabinovich
Date:
Mail:
Send via mail

END_OF_DOCUMENT_TOKEN_TO_BE_REPLACED
Social media
and networks
Subscribe to our
newsletter