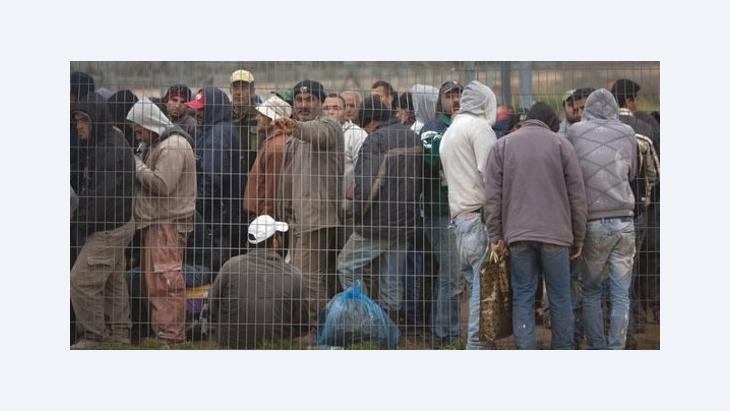 ﻿The Israeli government and its advocacy groups like to boast of the country's supposed democratic, multicultural way of life. In reality, Palestinians in Israel experience systematic discrimination in such a way that calls into question the validity of the "Jewish and democratic" formulation. By Ben White

It has been received wisdom in the West for decades to see Israel as "the only democracy in the Middle East". In recent times, however, Israeli policies have been subject to increased criticism, particularly in Europe – and specifically in terms of military action in the West Bank and Gaza Strip, the territories occupied since 1967.

Yet whether criticising "disproportionate" strikes or highlighting the radical Jewish settler movement, substantial Western disapproval of Israeli policies is restricted to the territory where it is assumed a Palestinian state will someday be created.

Ignored by this analysis are the 20 per cent of Israel's citizens who are Palestinian, a minority increasingly targeted by Israel's security-political establishment. Addressing this knowledge gap and examining the issues facing Palestinians in Israel since 1948 sheds light on the core of the conflict.

With Israel's establishment, around 85 percent of Palestinians inside the borders of the new state were expelled and became refugees; those who remained are now 1 in 5 of Israel's citizenry (whose identity has been intentionally obscured with the "Israeli Arab" label).

The Israeli government and its advocacy groups like to boast of the country's supposed democratic, multicultural way of life. In reality, Palestinians in Israel experience systematic discrimination in such a way that calls into question the validity of the "Jewish and democratic" formulation. 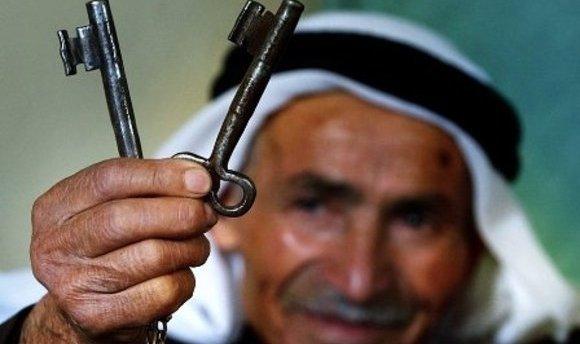 "With Israel's establishment, around 85 percent of Palestinians inside the borders of the new state were expelled and became refugees." Pictured: Palestinian Ahmed Elaian, 86, shows the keys of his home in Israel, abandoned during the 1948 war, on Nakba Day

​​The amount of land belonging to Palestinian refugees that was expropriated by Israel's 'Absentee Property Law' amounts to around 20 per cent of the country's total pre-1967 territory. The body of refugees includes roughly one in four Palestinian citizens who, as "present absentees", have also had their lands and property confiscated by the state.

These policies meant that by the mid-1970s, the average Palestinian community in Israel had lost between 65 and 75 per cent of their land. Since 1948, over 700 Jewish communities have been established in Israel (not including settlements in the West Bank and Gaza) – but only seven for Palestinian citizens (and those as a means of resettling the Bedouin population in the Negev desert).

While the Israeli government talks of "developing" the Negev, tens of thousands of Bedouin live in dozens of 'unrecognised villages'. They suffer from home demolitions and a lack of basic infrastructure. A serious new threat is the Prawer plan, with planned mass evictions meaning up to 70,000 Arab citizens face forced relocation and the destruction of their villages.

Significant authority over areas like land ownership and rural settlement is invested in bodies that are constitutionally mandated to privilege Jews, while residency in 70 per cent of Israeli towns is controlled by admissions committees that filter out those deemed "unsuitable" for the "social fabric" of the community. These small communities, particularly in the Negev and Galilee, play a crucial role in maintaining Jewish spatial hegemony (many of whom also sit on the land of destroyed Palestinian villages).

Discrimination is systematic. The Education Ministry spends more than five times as much on Jewish students as Palestinian students. 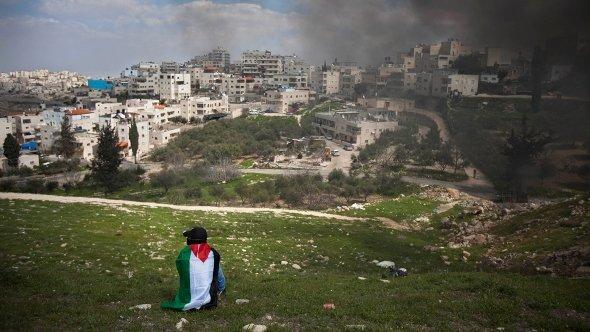 "The uncomfortable truth is that Israel is democratic for Jews, and Jewish for Palestinians." A Palestinian youth watches demonstrators clash with Israeli troops as they mark the "Land Day" in east Jerusalem on 30 March 2012. At the annual "Land Day" rallies Israeli Arabs and Palestinians protest what they say are discriminatory Israeli land policies

​​Public officials, including Members of Knesset and cabinet members, routinely and publicly express racism towards Palestinians with impunity. Shin Bet, the domestic intelligence agency/secret police, openly fights peaceful and legal efforts by Palestinian citizens to challenge the Jewish nature of the state.

The uncomfortable truth is that Israel is democratic for Jews, and Jewish for Palestinians, as evidenced by the racist priorities shaping immigration, land, planning, development budgets and more. To point to a handful of Arabs in the Knesset, football teams and on television is nothing better than shallow propaganda.

Denying rights on the basis of ethnicity

Laws and policies designed to benefit one group of people over another and enforce separation fit the description of apartheid under international law. This year, the UN Committee on the Elimination of Racial Discrimination (CERD) has slammed Israel, condemning "segregation" in both Israel's pre-1967 borders, as well as in the Occupied West Bank.

No amount of diversions by Israel's supporters can hide the grim, daily reality of occupation and colonialism. From the Jordan River to the Mediterranean Sea, a de facto one state has emerged, a regime which grants or denies rights and privileges on the basis of ethnicity.

This is not a democracy, and the sooner the tough questions are asked – and Israeli policies identified and resisted for what they are – the more likely it is that a post-colonial future can emerge where Palestinian rights are realised and both peoples share the land on an equal footing.

Ben White is a freelance journalist, writer and activist, specialising in Palestine/Israel. He has been visiting the region since 2003 and his articles have been widely published in the likes of The Guardian's Comment is free, Al Jazeera, New Statesman, Salon, Christian Science Monitor, and others. His most recent book, 'Palestinians in Israel: Segregation, Discrimination and Democracy', was published by Pluto Press in January 2012, with a foreword by Member of Knesset Haneen Zoabi.

Home
Print
Newsletter
More on this topic
The Palestinian Nakba of 1948: An Objective Delineation of EventsInterview with Sayed Kashua: For Absolute Equality in All Areas of LifeThe Israeli Film ''Sharqiya'': Grappling with the Plight of Israel's Bedouins
Related Topics
Arab citizens of Israel, Democracy and civil society, Human rights, Israeli-Palestinian conflict, Israeli-Palestinian dialogue
All Topics

How is one to convey the history of Islamic images of Muhammad freed from today’s polarised politics? What are the challenges and pinch points of this particular academic ... END_OF_DOCUMENT_TOKEN_TO_BE_REPLACED

A Tunisian farmer attaches a machine to a cow's udder and sets the pump whirring, but he only expects to fetch less than half the normal amount of milk amid soaring fodder prices END_OF_DOCUMENT_TOKEN_TO_BE_REPLACED

Food prices doubled, salaries halved, banks restricting withdrawals: Egyptians now have the same problems as the Lebanese. But if things get worse here, the fallout will be far ... END_OF_DOCUMENT_TOKEN_TO_BE_REPLACED

Any reconciliation between Turkey and Syria’s Assad regime would have disastrous consequences for many Syrians, explains Syria expert Kristin Helberg END_OF_DOCUMENT_TOKEN_TO_BE_REPLACED

Iraq bears the scars of decades of conflict and has seen its antiquities plundered, yet the House of Manuscripts' collection has managed to survive END_OF_DOCUMENT_TOKEN_TO_BE_REPLACED

END_OF_DOCUMENT_TOKEN_TO_BE_REPLACED
Social media
and networks
Subscribe to our
newsletter